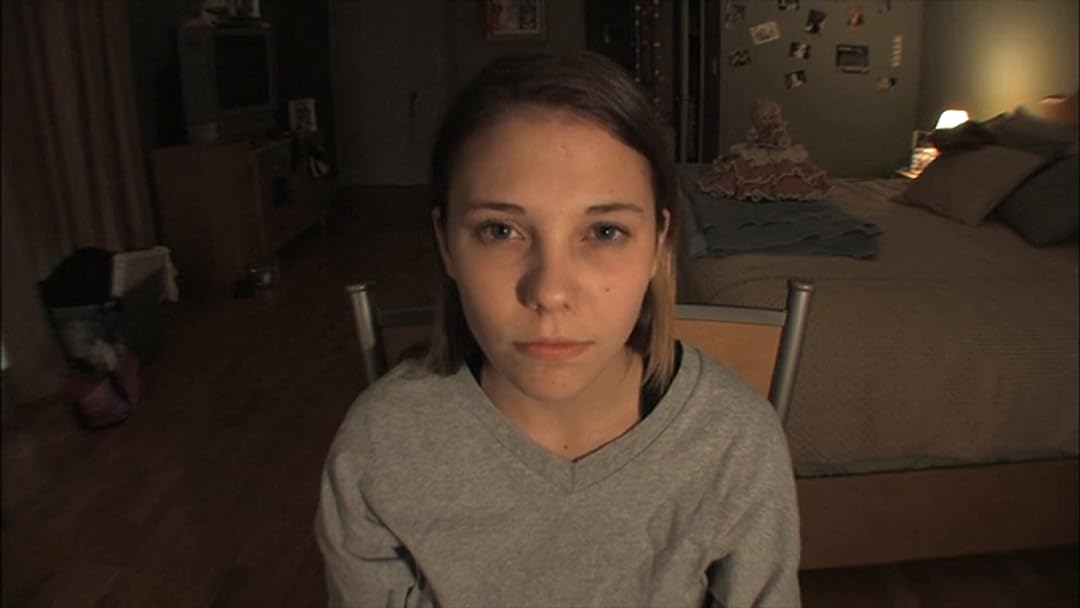 (19,768)
4.51 h 25 min2011X-Ray18+
Fourteen-year–old Megan and her best friend Amy spend a lot of time on the internet, posting videos of themselves and chatting with guys online. One night Megan chats with a boy named Josh who convinces her to meet him for a date.

Joseph McGuinness (Ray Ray's Records)Reviewed in the United States on October 1, 2019
3.0 out of 5 stars
Oddly effective
Verified purchase
The storytelling, though extremely boring, is a very effective set up for some very brief yet effective horror. Two vapid party girls 13 and 14 are shown for 45 minutes vapidly being vapid. Its sluggish. I was googling through half of the movie. It fakely acts documentary ish. Then some footage is shown of the actual kidnapping by an online predator. Very nondescript footage. Yet somewhat haunting. The truly horrifying moment in this movie comes from 2 pictures shown which were posted to a fetish site. They are briefly shown and very graphic. VERY graphic. Idk if they are real or recreated but if they are real that is probably why this movie is so hard to find.

SPOILERS: Shes being tortured in wooden shackles. Like being in a guillotine contraption but standing up. Her mouth and nose being held open with some kind of dental pin contraption. Truly nightmarish.
Then her friend is kidnapped. Treated like a dog. Chained by the neck in an underground dungeon. She is in a barrell for the last 10 minutes begging for her life while a man digs a hole to dump her into and buries her alive. Her voice dimming in volume as the dirt piles on top of the barrell.

END SPOILERS: Its a dark picture which is hard to place in importance and magnitude. Unique. Mildly interesting. Grotesque. As stated the most horrifying part is 2 still frame pictures which are each shown for about 5 seconds. They haunt the rest of the movie. Two young girls struggling to adjust and fit in. Robbed of their lives and tortured by a sick f*** his motives never clear. Their pain minimally depicted yet its done in a way that makes you fear the possibility of your child or a loved one being subjected to the psychopathic whims of a manipulative, sadistic stranger with no soul.

Her friend, Amy, was a little less believable, with the "perfect" family and "virginal" nature. I do understand that she was supposed to be a direct contrast of Megan, but she didn't seem to find that depth. She had an endearing innocence that made me like her character, but the actress wasn't as strong as the actress who played Megan. Still, I thought they were both good.

This leads me to think that the other actors in the movie are the ones being criticized (and that wouldn't surprise me because they were pretty bad...) The two main actresses carried the movie. Megan, more notably.

The film was grim, but it's a reality we have to face as a society. This is what happens to children when they are the victims of predators. We have to educate them on the dangers of becoming a victim - and in order to do that, we have to face some ugly truths. I applaud this movie for having the courage to give a realistic thriller and not pander to sugar-coating what it means to be a kidnapping, murder, and/or sexual abuse victim.

This should make any viewer uncomfortable, or the movie isn't doing its job. If you DO feel uncomfortable, then you aren't ready to face the realities of these topics. That in itself is a danger.
57 people found this helpful

Rachel RobinsReviewed in the United States on November 14, 2020
1.0 out of 5 stars
Badly written, badly acted, just... awful
Verified purchase
This movie plays out like a PSA you're forced to watch in 9th grade about talking to strangers on the internet. The writing is a bad idealization of what teenagers are supposed to sound like, and the acting is as if they found random teenagers on the street and paid them $30 to be in a movie. This movie wasn't worth the $2 rental fee, and that's saying something.
I see the 5-star reviews talking about how it's supposed to be a wake-up call and for us to watch whom teenagers are talking to online... and I get that, except it's done so poorly that it's hardly even a wake-up call. There is 0 build-up for the "fear" based parts of this movie leading it to feel like the writers rape-based wet-dream. This isn't how actual teenagers are groomed online and this isn't how actual teenagers act.
Also playing it out as "found footage" of real events just made it super corny.
Bad movie.
18 people found this helpful

TheresaReviewed in the United States on November 15, 2020
2.0 out of 5 stars
Good intention, and attempt to raise awareness, but poorly put together.
Verified purchase
I had heard of the movie and its disturbing nature before watching, but actually watching it is a totally different experience. I am a big horror fan, and usually don't mind gruesome movies and graphic scenes. I wouldn't exactly categorize this as horror, but more a psychological scare. Overall, the most unsettling thought that crosses your mind continuously is the fact that this actually happens in real life. I would give it 2.5/5. I understand it's agenda to raise awareness for these terrible events that happen far too often, but the movie just didn't really feel put together well enough. The first 45 minutes were meant to be a background aspect that sets up the relationships between Megan and Amy, and how their lives are quite different. Nonetheless they seem to love each other a lot. The building of character backgrounds and relationships made sense, but it was 85% of the movie. I got bored at times and had to skip through a bit because some parts seemed to drag on. I really just think the movie wasn't written well enough. The idea of a videocamera, and the graphic nature, and the sadness didn't bother me. It's understandable that graphic scenes and events need to be put in a movie in order to prove its point, but some the last 20 minutes of the movie seemed unnecessarily violent for the sake of violence. The only thing it succeeds in is the fact that it makes viewers uncomfortable , and cringe. Comparing it to something like "The Call" or "The Silence of the Lambs", those movies completely stomp on this one. I think it could've been a better movie if it was filmed better, and the movie was completely reconstructed to fit a more realistic set of events.
4 people found this helpful

medinasReviewed in the United States on April 1, 2017
5.0 out of 5 stars
VIEWERS BE WARNED
Verified purchase
I love and collect horror movies. I thought that is what this was- I couldn't have been more wrong! I particularly enjoy this genre- the ones that are filmed as though they are real (Willow Creek, Black Water Vampire, Chernobyl Diaries, The Fourth Kind, Open Water- you get the idea) I suppose this technically qualifies. It is, in my humble opinion, an excellent movie. There is nothing remotely fun about this film, it starts off that way, but takes a turn as dark as anything I have ever seen on film- maybe witnessed would be a more accurate term, because at the conclusion of this film, you discover you don't want to be there. It is utterly devastating, another viewer described it as gut wrenching- it is all of the above. It is the starkest example of what some individuals in our society are capable of that I have ever "witnessed." The acting is exemplary, I don't know how they did it! This is certainly a cautionary tale about teens who think they are invincible, and a grim reminder of what could and no doubt has happened before. It has the potential to save lives but also drags you to a place you would NEVER want to be.
29 people found this helpful

MelissaMReviewed in the United States on November 17, 2020
1.0 out of 5 stars
PARENTS BEWARE
Verified purchase
While this is about two 14-year-old girls who are abducted, this IS NOT FOR young adults. DO NOT let them watch this disturbing real-life movie. Do not let your kids convince you "it's trending" and "everyone is watching". Actual videos and photos are taken from the girls computer and video camera. DISTURBING and FRIGHTENING. You will see real footage of the girls' bondage, domination, rape, torture, horrifying scenes, and buried alive. I've warned you.
5 people found this helpful

Vilma HowtonReviewed in the United States on November 17, 2020
1.0 out of 5 stars
Horrible in every way! Fake and in very bad taste!
Verified purchase
Horrible! It claims “based on true events” or “actual police footage” all FALSE! The “actual police footage” has the actors in it 👎🏽. The whole thing is horrible; acting, events, storyline!! Just an excuse for teen porn for the same predators this file was “trying to expose”. I think the entire message can be delivered with better taste and class! If your teen watches, (of course) watch with them only to discuss “the message” but besides that Please don’t waste you time or hard earned $2.00!
5 people found this helpful
See all reviews
Back to top
Get to Know Us
Make Money with Us
Amazon Payment Products
Let Us Help You
EnglishChoose a language for shopping. United StatesChoose a country/region for shopping.
© 1996-2022, Amazon.com, Inc. or its affiliates