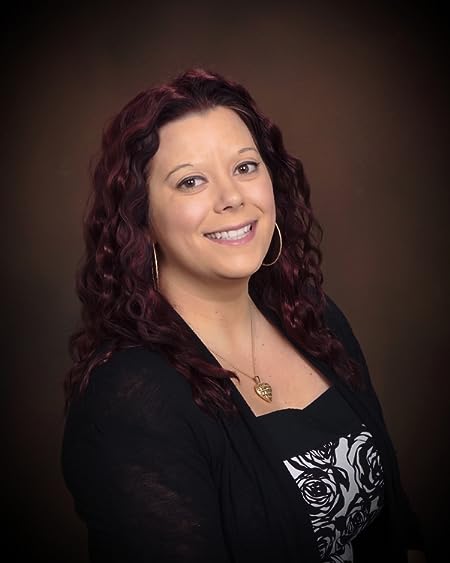 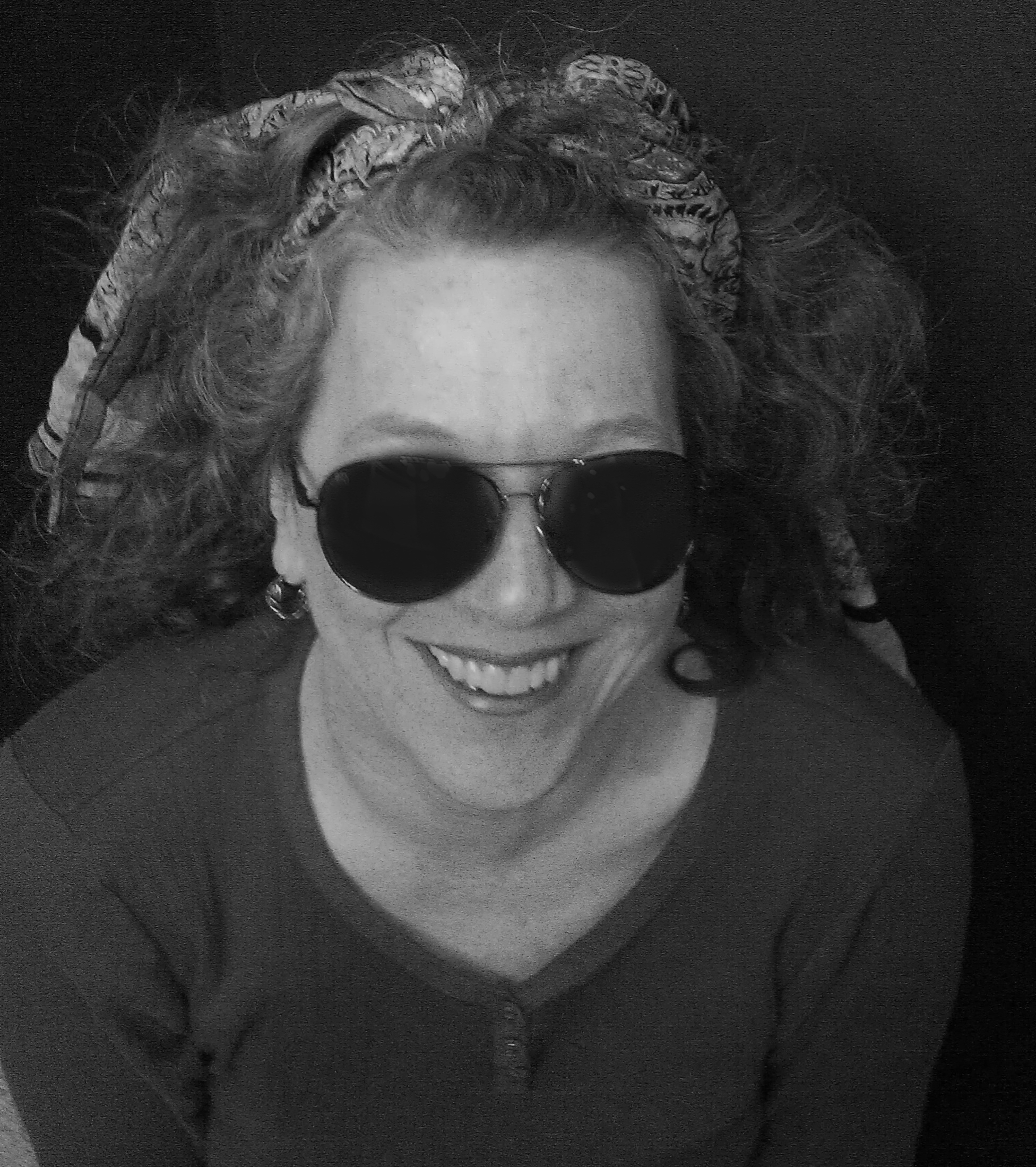 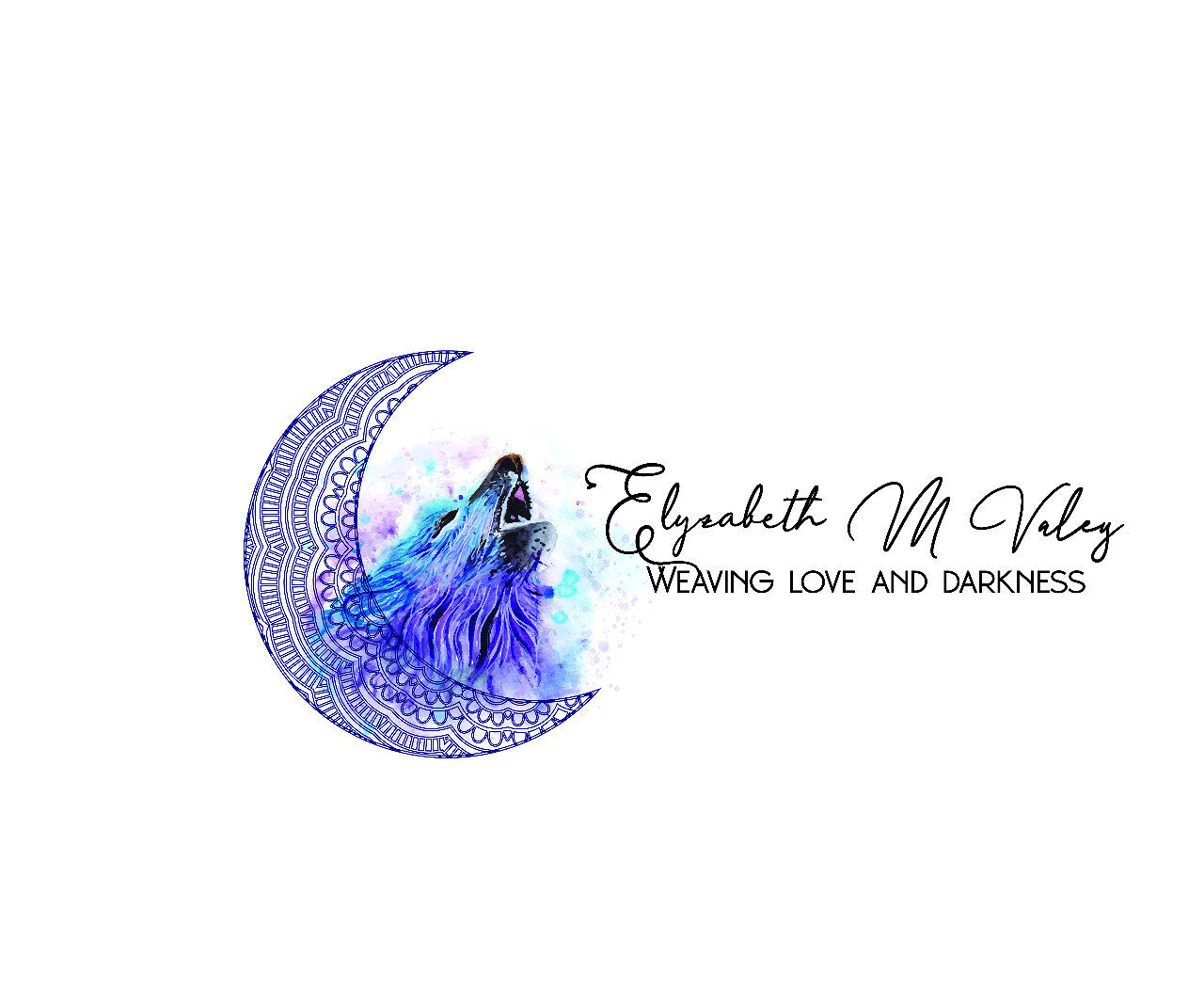 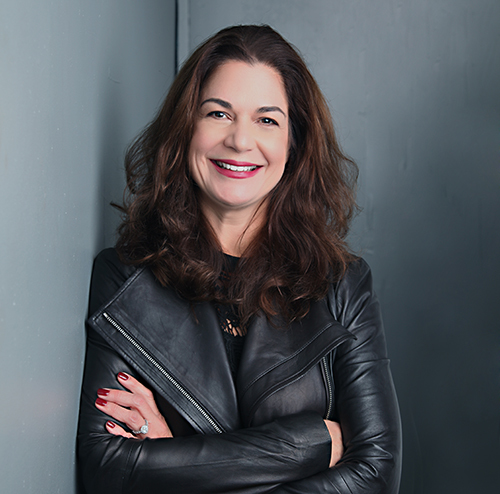 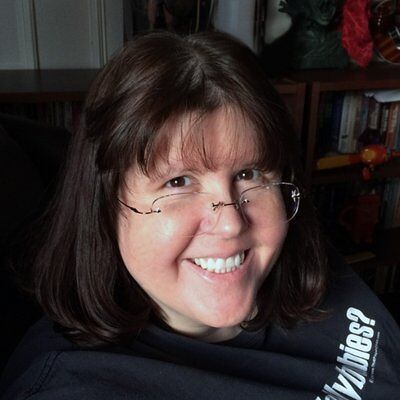 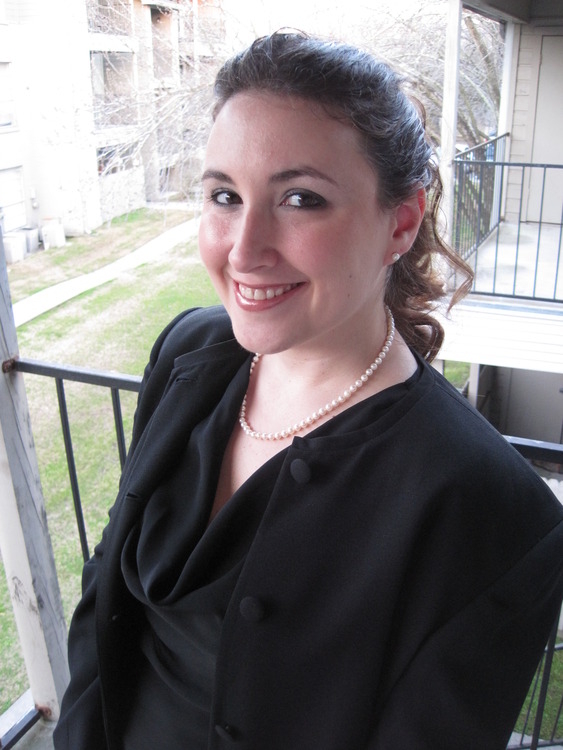 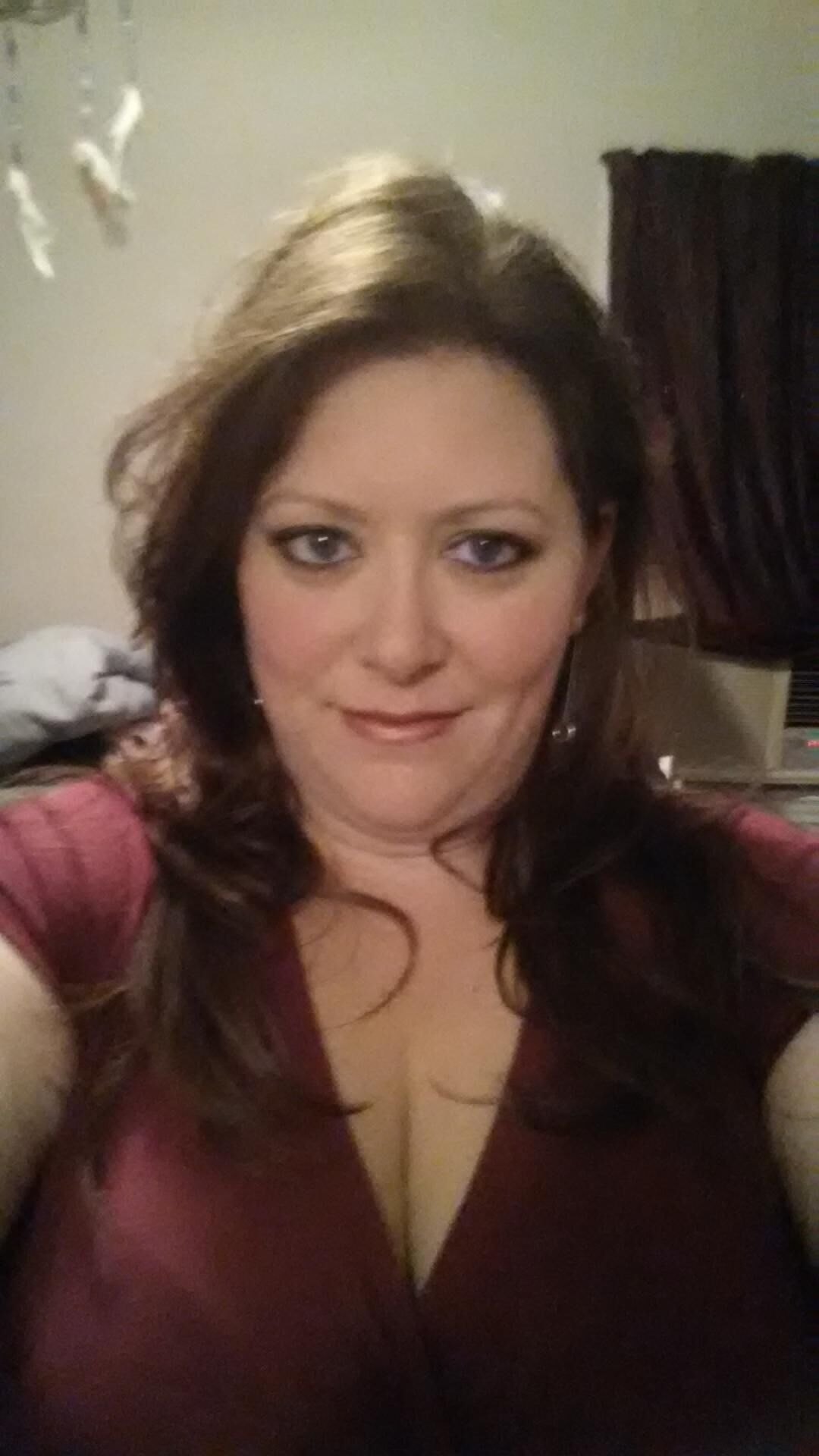 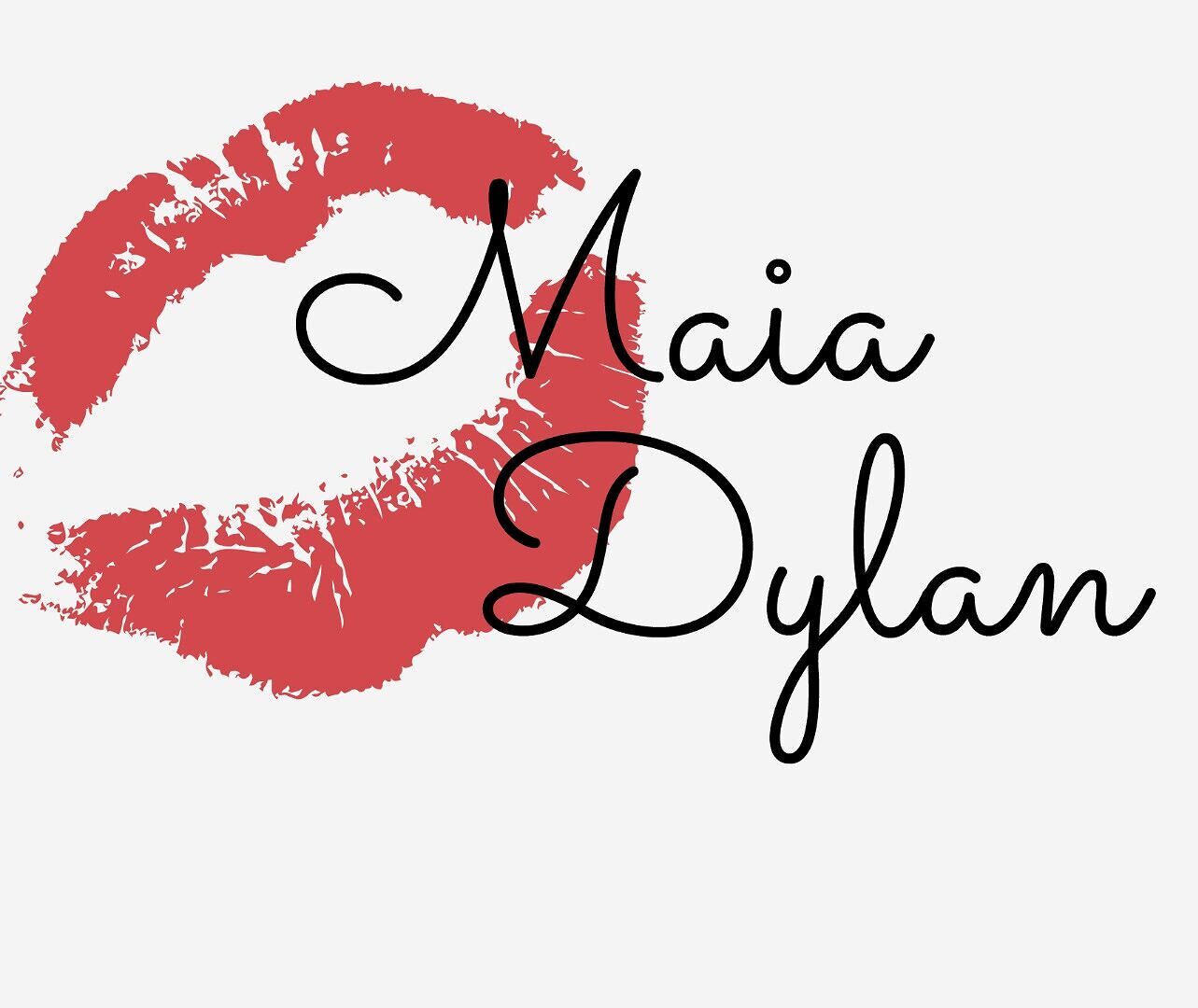 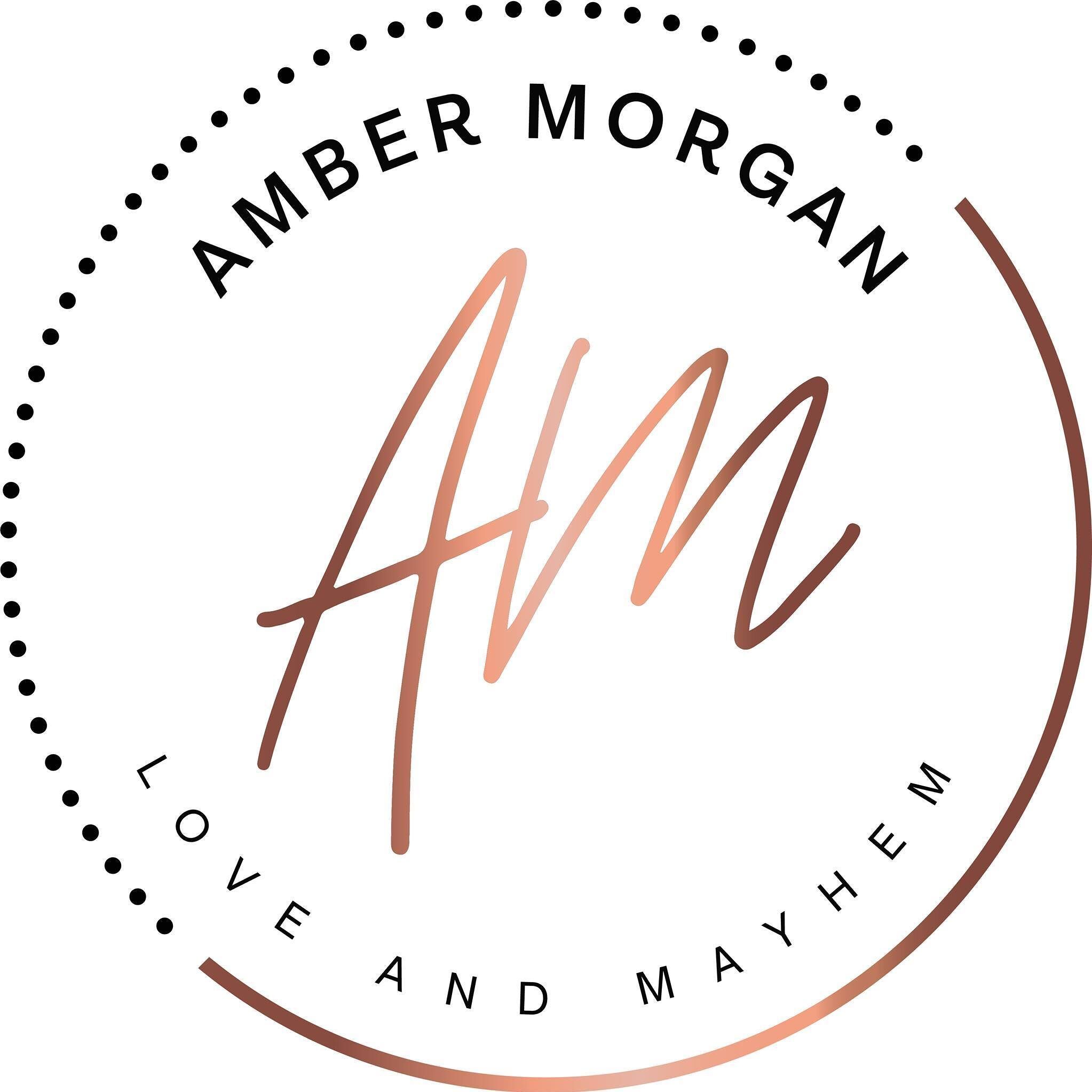 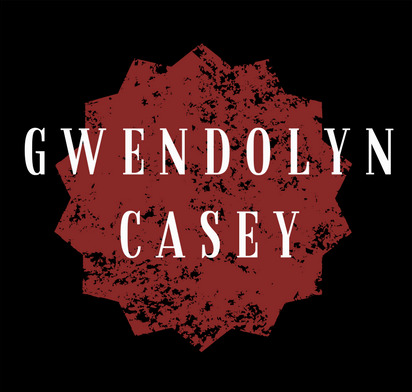 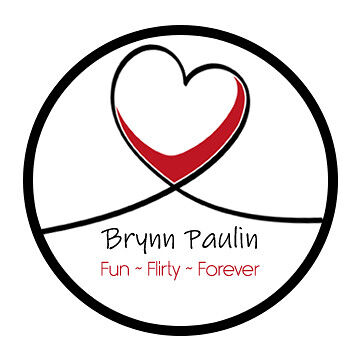 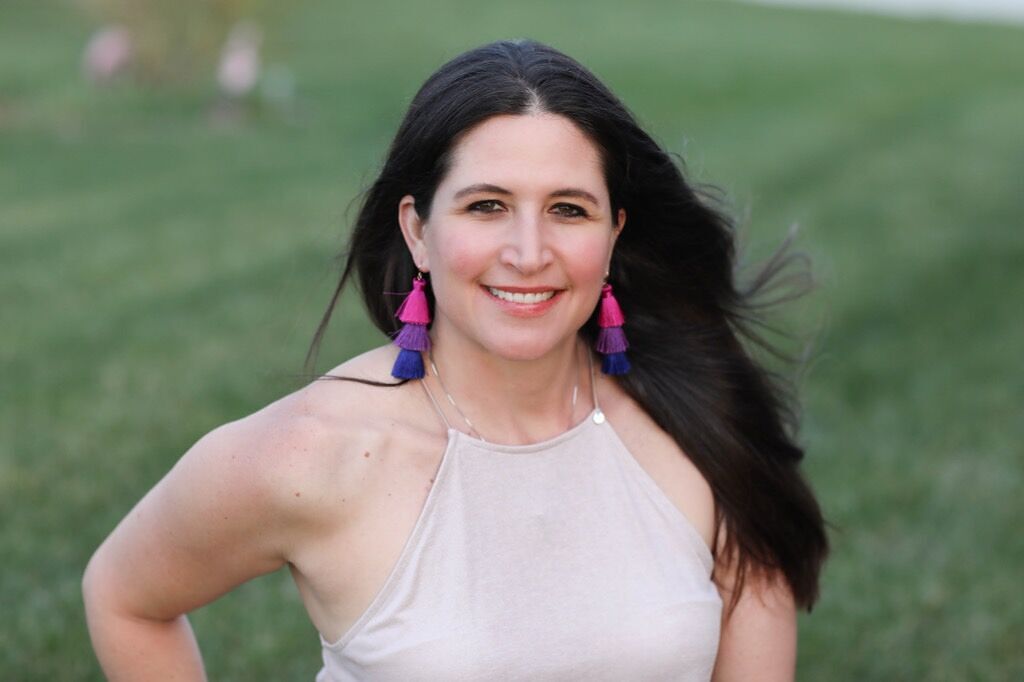 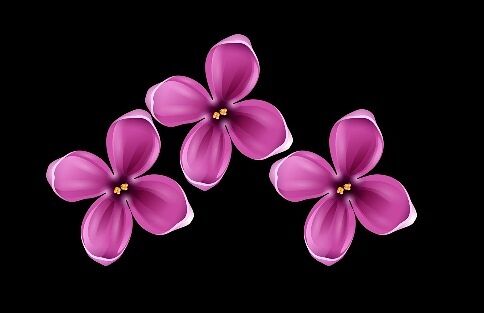 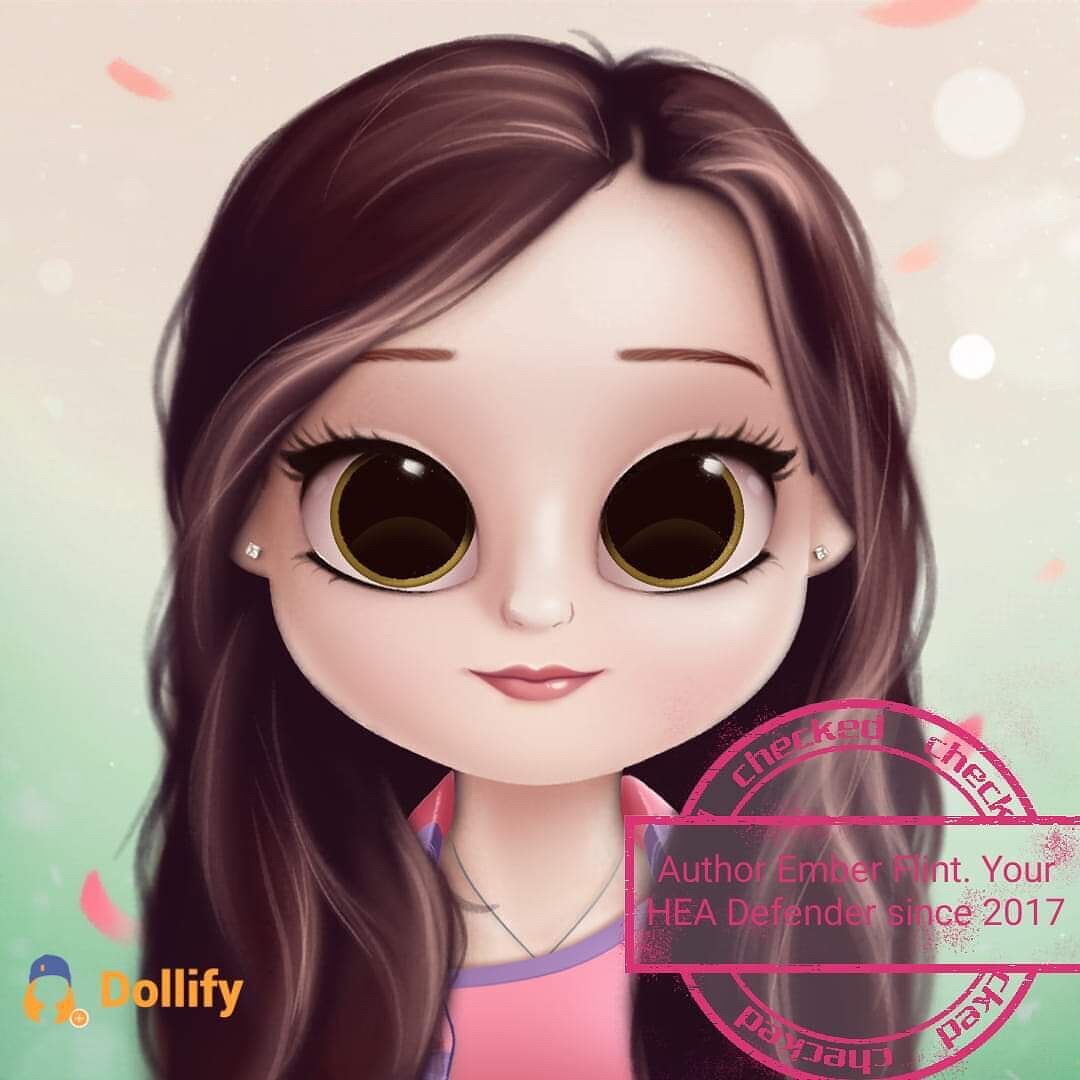 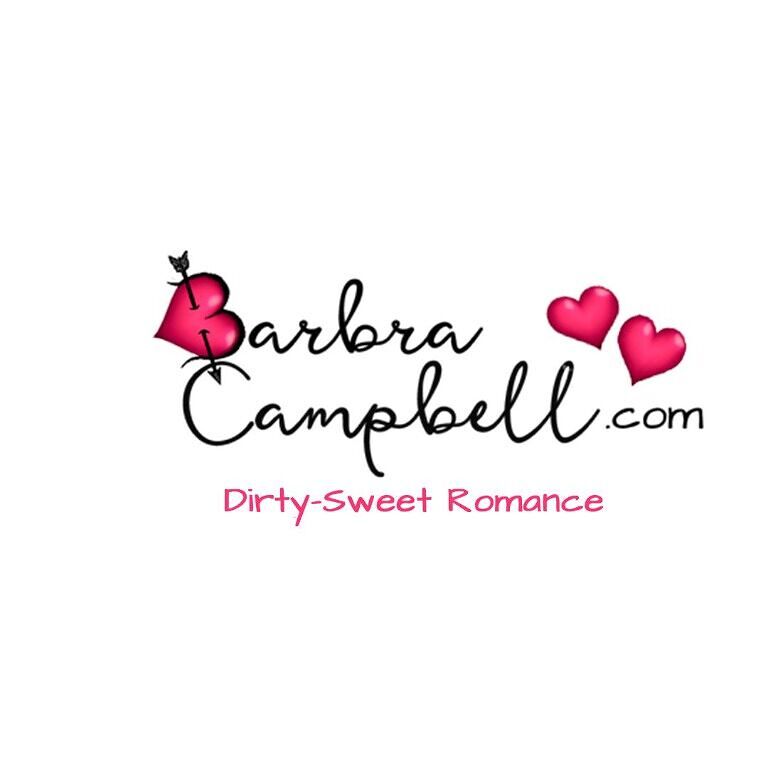 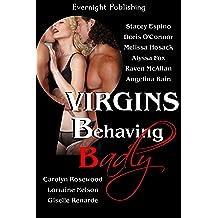 Who says the first time can't include cuffs, ménage, or a spanking? 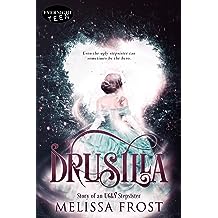 Drusilla: Story of an Ugly Stepsister (Tales from Esteria Book 1) Dec 21, 2016
by Melissa Frost
( 3 )
$3.99
What if Cinderella isn’t the sweet and tortured angel everyone believes? Instead, what if she's the most popular girl at school who is hell bent on making sure her ugly stepsister doesn’t stand in the way of her popularity? A new story unfolds through the eyes of Drusilla...

Being sisters with bright and beautiful Ella is an unending nightmare for Drusilla. That is until the sisters accidentally open a portal to another dimension. The unlikely duo is forced to team up against a swarm of angry sprites, a clan of territorial gnomes, and a few other unlikely creatures. Their new portal comes with a fairy godmother, and there's even a bona fide fairy tale prince up for grabs. It might take impossible odds to bring these two together, but it’s a story that proves even the ugly stepsister can sometimes be the hero.
Read more 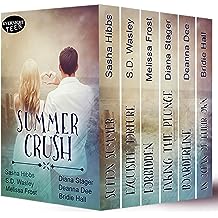 Summer is the time for lazy days at the beach, sun-kissed hair, flip-flops, and sizzling nights with a new crush. Those stolen glances and first kisses can quickly spark a flame. However, the road to love isn’t always a smooth ride.

Every Summer has a story, whether it’s a second chance on love, seeing a friend in a different light, or taking a step in a new direction with someone special. Love and long days create endless possibilities, but can a summer crush really last?
Read more
Other Formats: Paperback 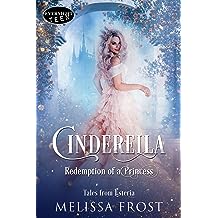 Cinderella: Redemption of a Princess (Tales from Esteria Book 4) Jun 2, 2021
by Melissa Frost
( 1 )
$3.99
Cinderella (or Ella to those who know her best) is on a mission to earn back the trust of her family and friends after nearly getting Jake killed by way of an angry, territorial unicorn. But proving she’s changed for the better may be an uphill battle.
As she strives for redemption, the group works to rid their dimension of a dragon and the cultists who brought it there. They also find themselves closer to discovering a way to close the portal linking the two worlds for good.

As the finale of their adventure grows closer and closer to completion, Ella finds herself questioning everything—including her romantic relationship with the prince of Esteria. Can she make up her mind about what her heart desires before it’s too late? Does she love the prince? Or is she secretly falling for his top royal guard? And better yet, what will she do when the portal closes and both of them leave forever? 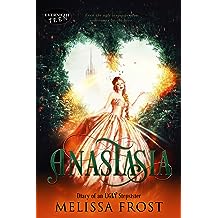 Anastasia: Diary of an Ugly Stepsister (Tales from Esteria Book 2) Dec 20, 2017
by Melissa Frost
( 1 )
$3.99
Anastasia has no idea about the changes that have happened while she’s been away in Germany in a student exchange program. While she’s been studying computer courses and first aid classes, her sisters have been battling mythological creatures from another dimension, and it’s a secret they’re not sharing. Annie feels like she doesn’t know Drusilla anymore. Cinderella has become an invasive presence despite her open hatred of her stepsisters before Annie’s trip. And the new next-door neighbor has edged his way into their lives despite her protests.

Anastasia is determined to get to the bottom of the mysterious events happening around her, but the things she uncovers become more and more shocking. Her crush is from another dimension. Cinderella has a fairy godmother and is on speaking terms with a real, live prince. Gnomes exist and live in her backyard.

What is she willing to risk to open herself up to an unimaginable experience and possibly a romance that’s literally out of this world? Is she prepared to handle the truth and the dangers that come with it? The only thing she knows for certain is that life will never be the same.
Read more 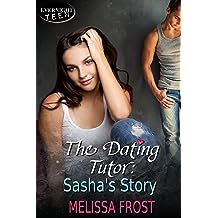 The Dating Tutor: Sasha's Story Mar 25, 2016
by Melissa Frost
( 1 )
$3.99
Sasha is perfectly content with her single status. That is until Matt Wendell walks into her life. He’s the best friend of her cousin, Alec, and the last guy she should get involved with. She’s learned that hearts are too easily broken, and Matt is known for his lack of commitment.

Alec introduces the two under the strict instructions that Matt is to learn how to become friends with a woman. This task proves difficult, as Matt turns out to be charming, interesting, and everything Sasha could ever want in a boyfriend. Alec’s instructions get harder with each passing day, yet Sasha isn’t blind to Matt’s past.

Is she willing to give her heart over to a self-proclaimed player? Can this non-committal hockey stud change his ways? Or will he end up breaking her heart?
Read more 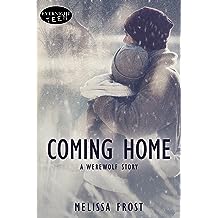 Coming Home: A Werewolf Story Jan 6, 2016
by Melissa Frost
( 2 )
$3.99
As a foster care child, Andi never stays long in one place. She doesn't have a chance to connect with anyone—until sexy, blue-eyed Devon walks into her life.

Devon claims to have known her birth parents. He’s even got a photograph to prove it. He shows up offering her everything she could ever want—a friend, a connection to her family, and answers.

The only problem is Devon’s friendship comes with a few complications attached. There’s the fact that he’s a werewolf, and then there’s the territorial clan out to start a war with Devon’s pack. What started as a simple journey to learn about herself turns into a dangerous road trip that could get her killed.

If she can survive, Andi just might get the answers that have been plaguing her, and she might just fall in love with her new furry pal along the way. 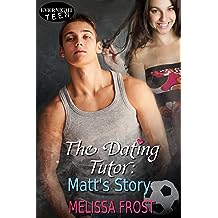 Matt Wendell is perfectly content in his single life. That is until Sasha walks into it. Being the cousin of his best friend Alec, Sasha is off limits. She’s the one girl he can’t have, and the only one he wants. Even if he wasn’t restrained by the ‘friends only’ stipulation, Sasha has put up a wall around her heart that is going to be hard to tear down.

Alec introduces the two under the strict instructions that Matt is to learn how to become friends with a woman. This task proves difficult, as Matt’s only interaction with the opposite sex has been of a romantic nature. As time goes on and their friendship strengthens, things get more and more challenging, because the more he learns about Sasha, the deeper his feelings for her become.

Can this non-committal guy change his ways? And can he convince Sasha that he’s in this for the long haul? 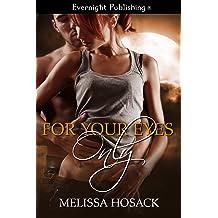 For Your Eyes Only Aug 14, 2014
by Melissa Hosack
( 1 )
$3.99
Lily Watson meets the man of her dreams at a costume party on Halloween. After a night of passion, she wakes to discover that Nathan's costume is a reality. He wasn't just pretending to be a ghost. He is one.

After four years of wandering aimlessly without a soul able to see him, Nathan is shocked when sweet, enchanting Lily starts up a casual conversation with him at a party. Even more shocking, he's able to touch her. In a complex relationship between woman and ghost, the pair must wonder how long they'll be able to keep Lily's human friend from asking too many questions about the boyfriend she never sees. More worrisome, they must wonder how long Nathan will be permitted to live in the mortal world 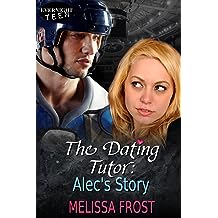 Alec Horner’s life was never simple. Between dealing with an alcoholic father and worrying about the continuation of his education, he has more than a few concerns. The complications continue to mount when his neighbor and best friend, Ellie Harper, asks him to tutor her in the art of dating.

The alternately humorous and frustrating task takes a new turn when Alec starts to realize his feelings for the girl next door suddenly expand beyond that of a mere friend. Coaching her is a torturous delight. He wants her and revels in each moment, yet he knows her efforts are aimed toward the goal of seducing another boy. Can this gruff hockey player convince his sweet and innocent best friend that the two of them might have a future together?
Read more
Other Formats: Paperback 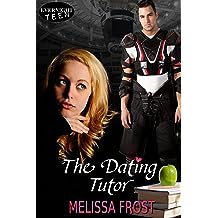 Ellie is hardly the most sought after girl at Noble High, so she is completely surprised when the boy most likely to become prom king asks her out. Her short-lived glee quickly turns to panic as she admits to herself that she doesn’t know the first thing about dating.

After a fair amount of wheedling, she convinces her best friend and hockey star, Alec, to tutor her in the ways of love. Only once things start, she finds she knows even less than first suspected. Dating is full of more codes and unspoken rules than she ever imagined.

Even more difficult is the effort not to cross lines with Alec. Every lesson brings her closer and closer to the boy next door whom she’s never had a romantic thought about before in her life. Each caress and playful scenario has Ellie wishing more for her best friend’s affection than the boy he’s teaching her to woo. 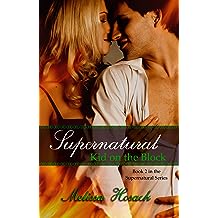 Supernatural Kid on the Block (Supernatural Series Book 2) Dec 12, 2013
by Melissa Hosack
( 1 )
$3.99
Camden Harrison’s life used to be perfectly normal. That is until his unfortunate murder and following resurrection by a witch. Though grateful for his second chance at life, it doesn’t come without its side effects.

While dealing with the occasional appearance of a tail and his new ability to breathe fire, Camden finds himself in the middle of a supernatural revolution. He must now help a species he knows nothing about win their freedom from an evil dictator. Priya, the unofficial leader of the revolution, convinces him to pretend to be something he isn’t—an experienced dragon who rules his own territory. She uses his influence to motivate her people into taking their fates into their own hands. Despite his complete cluelessness over dragon habits and customs, Camden just might actually help them win their freedom. But at what cost will that freedom come?

About the Author: Melissa Hosack

Melissa lives near Pittsburgh, Pennsylvania with her husband, Jeremy, and her son, Marshall Frost. Her favorite genre to write is Paranormal Romance.

Melissa attended London School of Journalism where she received her certificate in Novel Writing in 2011. She writes a monthly short story column titled Frequent Flyer for a government newsletter.

Make-believe is more than a child's game!