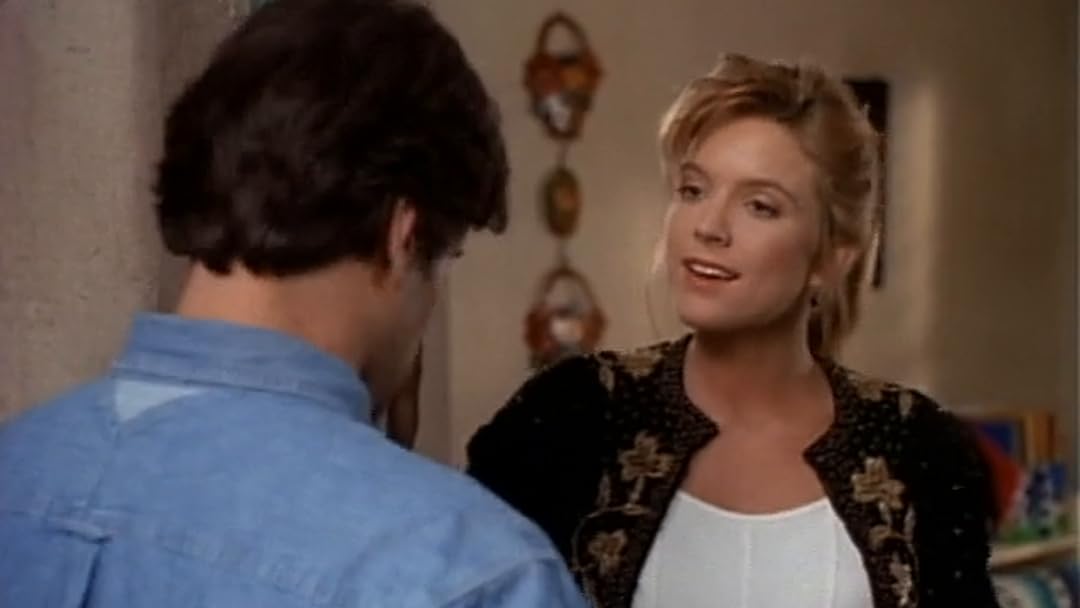 (330)5.91993TV-14
Enter a realm of love, lust and lies surrounding the sexy residents of California's Melrose Place as they experience budding romances, backstabbing and emotional breakdowns in pursuit of their dreams.

DisneyDenizenReviewed in the United States on January 13, 2019
5.0 out of 5 stars
Deliciously Campy
Verified purchase
Melrose Place is one of my all-time favorite shows. Every few years, I sit down and rewatch the entire series. It’s like coming home to friends. (To quote Chandler Bing, “I miss Melrose Place!”)

Originally positioned as a spin off of Beverly Hills 90210, the show did not really gain its footing until halfway through the first season. At that point, some deadweight was jettisoned, Michael went from being the perfect husband to being delightfully evil, Heather Locklear’s character Amanda shot into the foreground, and Dr. Peter Burns was brought on, every bit as evil as Michael, but far more competent. Plots ventured into the absurd - not so outrageous as Desperate Housewives, but certainly not the sorts of adventures an average LA apartment building full of hot twentysomethings could expect to encounter in real life. Everybody slept with everybody else, except for the gay Matt Fielding who (to the showrunners' credit) survived the great purge. Kimberly Shaw, who oddly did not make the main cast list for many seasons, died and was resurrected more times than I can count.

Casting was perfect. Plot lines were deliciously campy. Sex was constant. Humor abounded. This was serious must-see TV back in the day.

I introduced my daughter to Melrose Place when she was a teenager. Initially, we watched it together and made the discovery that eventually every episode ended with a cliffhanger. Since Melrose Place is basically a nighttime soap opera, meaning the plots carry on from episode to episode (and yet are quite fast paced), the best place to end our viewing for the evening was anywhere but the end of an episode! After we watched the first five seasons, my daughter then rewatched all of those episodes, probably 4 or 5 times. So I’m going to say Melrose Place withstood the test of time.

I was out of the country for a year, came back, settled in to watch Melrose Place, and was like, “Who ARE all these people?!” My mother responded, “They’re new people! They're better people!” They weren’t. There was a major cast reshuffling between Seasons 5 and 6. We lost a number of major characters. While some of the additions were good (Lexi), most were not particularly compelling. What kept the story going was the long-running Peter and Amanda storyline. Still, any Melrose Place is better than no Melrose Place. And towards the end, we were revisited by some familiar faces.

For a good time, I can solidly recommend the entire series. Watch Melrose Place! You’ll love it.

pandorahReviewed in the United States on February 8, 2020
5.0 out of 5 stars
Corny, Typical Aaron Spelling
Verified purchase
The writing is terrible. This is a T&A show, centered around twenty-somethings living during the early 1990's. Lots of hair scrunchies, bodysuits, torn jeans, and suspenders. At the time of its airing, I was the same age as these characters, and my best friend and I would excitedly re-hash the week's only episode--on our push button phones. Today, young people watching Season One of Melrose Place will wonder about these characters, but it's unfortunetly true that we all acted just like them, and there were also geeky aerobics classes just like the ones portrayed. For nostalgia alone, I'll give this season 5 stars. Cameo appearances made by the annoying little 90210 foot-stamper, Jenny Garth, should have been left on the cutting room floor.
One person found this helpful

barryReviewed in the United States on December 9, 2006
5.0 out of 5 stars
FIRST SEASON OF ONE OF THE MOST FUN SHOWS EVER !!!
Verified purchase
A lot of people in their reviews are stressing this is the worst season of Melrose Place and this just is not so. All shows, especially the best, usually begin with a particular format and are quickly tinkered with to become the classics they are.

That is the case with Melrose. You have some oharacters who just don't fit - like Sandy and (Rhonda in particular). But they are removed throughout the first season and you are slowly introduced to the personalities of the prime players. Allison, Billy, Jane and Michael.

To say it only starts with season 2 is ludicrous for Heather Locklear (Amanda) is in 8 episodes in season 1 and to miss this would be crucial. For me Courtney Thorne-Smith was always the glowing part of this show. Everything imaginable happens to her and she is such fun to watch. Her catfights with Amanda are legendary.

Heather Locklear is great and perfectly cast but when she was added was also when they started to spice up the action and characters. They go hand in hand.

To go into specifics of all the drama to come would be a kill for those new to the show. Just believe me - it is AWESOME and ADDICTIVE. No other show like it. And it really isn't a spinoff of 90210. That is a stretch. This season 1 is a MUST and it is fun to see the early slower episodes as the characters develop. Also, as I said, the action does begin near the end of this season.

ENJOY and I LOVE my Courtney Thorne-Smith!!
5 people found this helpful

Chris SchinsingReviewed in the United States on September 5, 2021
4.0 out of 5 stars
Melrose
Verified purchase
Slow start but mid way it got the shake up that made this the classic and gem that it was

Boz2120Reviewed in the United States on January 24, 2016
4.0 out of 5 stars
Binged on this series for nostalgia's sake.
Verified purchase
I've never been one for watching broadcast television, especially night time soap operas. However, I had 3 weeks of Christmas hiatus and decided to binge on this series for nostalgia's sake. I liked the first season the best since it seemed like they were all at summer camp growing up. The second season just began getting really sleazy with the adultery, perjury, betrayal...
One person found this helpful

MsnikolitaReviewed in the United States on July 15, 2015
5.0 out of 5 stars
Melrose Place Season 1
Verified purchase
They had this show on Netflix but took it off before I could even get good into it. Thanks Amazon for having these available! I watched this in the original run but now that I'm older it's new again and definitely a guilty cheesy glorious pleasure to indulge in! A lot of stars and familiar faces came out on here and you get to see how this drama goes from tame to crazy as the series progresses! Haha! Love it!
One person found this helpful

Gregory A. LyonsReviewed in the United States on August 14, 2020
5.0 out of 5 stars
Melrose Place
Verified purchase
This is a wonderful item to watch if you are looking for a good program.

EricReviewed in the United States on April 16, 2014
2.0 out of 5 stars
Have to get to the second season
Verified purchase
I was a major fan of Melrose Place when it aired. The drama of seasons 2 and 3 have yet to be matched since they aired by any other show. Unfortunately, in order to get to those seasons, you have to sit through this short season of boring neighbors that have problems like the laundry machine does not work. Only when Heather Locklear shows up does the show finally start to get juicy.
2 people found this helpful
See all reviews
Back to top
Get to Know Us
Make Money with Us
Amazon Payment Products
Let Us Help You
EnglishChoose a language for shopping. United StatesChoose a country/region for shopping.
© 1996-2021, Amazon.com, Inc. or its affiliates