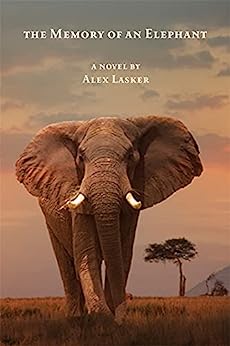 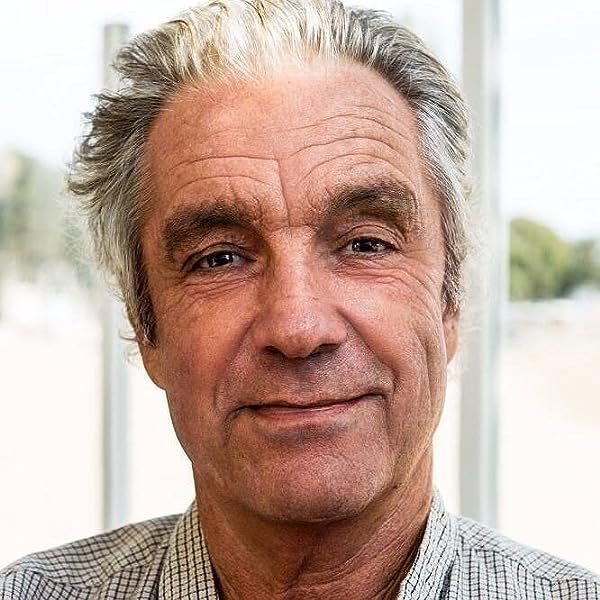 The Memory of an Elephant Kindle Edition

by Alex Lasker (Author) Format: Kindle Edition
See all formats and editions
Sorry, there was a problem loading this page. Try again.
"The Memory of an Elephant" is an epic saga told by an aging African elephant as he makes a last, perilous journey to find the humans who rescued him as an orphan some fifty years ago. Interwoven with his narrative are the tumultuous lives of the family who raised and then lost him. This timeless story is alternately heartwarming and heartbreaking, spanning east Africa, Great Britain and New York from 1962 to 2015.
Read more
Previous page
Next page

After graduating from UCLA Film School I became a screenwriter for the next 30+ years, living in Venice, then in Marina del Rey where I happily raised a wonderful, complicated family.

I wrote films that starred such actors as Clint Eastwood, Bruce Willis and Patricia Arquette, among others. As insiders know, screenwriters are generally well-paid but have no control over their material, and watch helplessly as their projects are changed to meet a director's or actor's whims, rarely for the better.

So I'm getting out, and "Elephant" is my first novel. It sure is a better life as an artist.

Amazon Customer
3.0 out of 5 stars Not a great delivery
Reviewed in the United States on November 2, 2021
Images in this review

Amazon Customer
5.0 out of 5 stars Life’s Lessons
Reviewed in the United States 🇺🇸 on December 19, 2022
Verified Purchase
I had a little difficulty with the time and place jumping around, but that’s on me. And to admit to the fact that I was reduced to tears more than once in this read will remain our secret. (might have been exasperated by my battle with Covid).

There are lots of life lessons in this story which really stood out to me. The two listed below I believe rang true to me because of growing older. Again, nature teaches us so much even if it’s perceived by an elephant!

“The earth we walk upon has no memory of us; its only concern is the constancy of day into night, season after season, and the memory of any one of us is soon gone from the earth forever. …so I store every pleasing moment I experience so that I may visit them when the sadness becomes overwhelming.”

“In almost every life there is a moment where a choice is made that changes everything from that point on….The road not taken, the courage to speak up or remain silent in the face of a bully, the career chosen or abandoned, the lover married or spurned- the decision and its effects are only apparent with time. And there is no way to go back and change it. For better or worse, a life’s course is set from that moment on.”

Amazon Customer
5.0 out of 5 stars The Memory and Heart of an Elephant
Reviewed in the United States 🇺🇸 on February 7, 2023
Verified Purchase
What a wonderful book. I will tell everyone I know to read it and pass it on. They should read another book titled The Elephant Company before reading this one - a true story about an Englishman and elephants in Burma during WWII - they will appreciate this book even more.
Read more
One person found this helpful
Helpful
Report abuse

Archae
5.0 out of 5 stars A fascinating story
Reviewed in the United States 🇺🇸 on January 28, 2023
Verified Purchase
I don't read many books which have an animal as a principal character because they often just use an animal in place of human. This book genuinely portrayed an African bull elephant named Ishi in the way I would expect a sentient giant to behave. Whether or not the author researched elephant behavior, the emotional impact was strong and captivating. I couldn't put the book down and had to fight tears when I finished.
Read more
2 people found this helpful
Helpful
Report abuse

Nancy Hayes
5.0 out of 5 stars Heart Warming
Reviewed in the United States 🇺🇸 on February 1, 2023
Verified Purchase
I learned so much about elephants. Unable to put this book down. Mesmerizing. I laughed, cried and marveled at the story telling.
Read more
One person found this helpful
Helpful
Report abuse

Jennifer Johnson
5.0 out of 5 stars This book is amazing!!
Reviewed in the United States 🇺🇸 on January 11, 2023
Verified Purchase
One of the best books I've read in a long time. This book has a compelling storyline, thought provoking characters and offers an entirely new view of animals in our world that are important to us all. Highly recommend. This was a book club choice and everyone loved it.
Read more
3 people found this helpful
Helpful
Report abuse

Superior.Shores
4.0 out of 5 stars Excellent except for
Reviewed in the United States 🇺🇸 on January 23, 2023
Verified Purchase
The shifting in characters and dates made this a little difficult to follow. The authors knowledge of Africa is excellent as well as elephant psychology.
Read more
2 people found this helpful
Helpful
Report abuse

Naomi
5.0 out of 5 stars A must read
Reviewed in the United States 🇺🇸 on January 21, 2023
Verified Purchase
This book had me from the start to the finish. Well written and I loved the thoughts of Ishi himself.
Read more
3 people found this helpful
Helpful
Report abuse

Kindle Customer
5.0 out of 5 stars Couldn't put it down
Reviewed in the United States 🇺🇸 on January 21, 2023
Verified Purchase
So heartbreaking and yet heartwarming. Highly recommend.
A wonderful story of faith, hope, and humanity in the soul of an elephant.
Read more
4 people found this helpful
Helpful
Report abuse
See all reviews

Plentynine
5.0 out of 5 stars Must read
Reviewed in Canada 🇨🇦 on January 8, 2023
Verified Purchase
One of the most touching books I’ve ever read and should be a must read for all.
It’s very interesting to read it from an Elephants perspective. It really makes you think.
Lately I’ve been fascinated with Elephants and following a few groups. One being Sheldrick Trust.

lorraine palmer
5.0 out of 5 stars wonderful story of an elephant’s amazing life
Reviewed in Canada 🇨🇦 on May 8, 2022
Verified Purchase
The story of this elephant and his friends in other herds and with man exposes the amazing mind and heart of elephants. It also shows how man’s greed and ignorance affects the wildlife on our earth.
Great story, well told.
Read more
One person found this helpful
Report abuse

Leola Meagher
5.0 out of 5 stars Very touching
Reviewed in Canada 🇨🇦 on October 27, 2022
Verified Purchase
This book is well written and draws the reader into the lives of elephants and how these beautiful animals can be touched by caring people and terribly hurt by poachers. I highly recommend the book.
Read more
Report abuse

Suzan
5.0 out of 5 stars Riveting
Reviewed in Canada 🇨🇦 on January 18, 2023
Verified Purchase
This book is fascinating as it puts you in the elephants shoes so to speak. Very well written and captivating and I don’t say that about many books.
Read more
Report abuse

Brenda R.
5.0 out of 5 stars Amazing for Elephant lovers!!
Reviewed in Canada 🇨🇦 on October 19, 2022
Verified Purchase
Loved this book, even though it made me cry many times. We can all learn from these
intelligent, sentient beings!!
Read more
Report abuse
See all reviews
Report an issue
Does this item contain inappropriate content?
Report
Do you believe that this item violates a copyright?
Report
Does this item contain quality or formatting issues?
Report