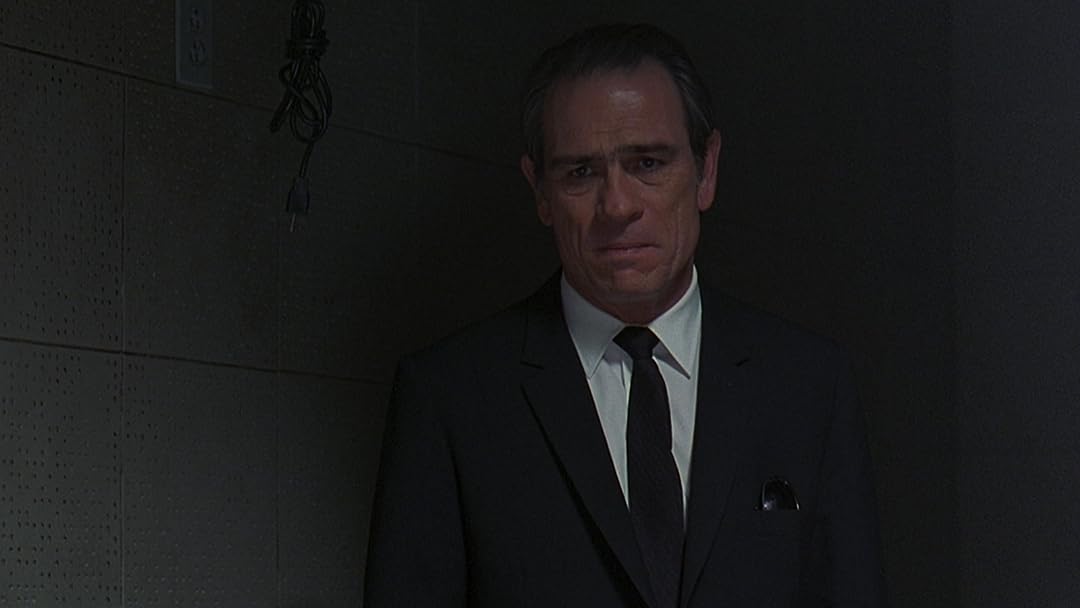 Save with with the Men in Black movie collection on Prime Video shop now.

HardCayndiiReviewed in the United States on May 23, 2019
1.0 out of 5 stars
It does NOT come with a digital code. Should be $7 NOT $10.00
Verified purchase
The whole purpose of paying $11 for this movie was to get the digital code as well. My movie came with NO digital code. I feel robbed and I am pissed because I've could've gotten JUST the dvd for way cheaper. Save your money and do not buy this if you're looking for the digital version along with the physical media.

My kids have been dying to see this movie and it's not streaming anywhere for free.

Angela D. MitchellReviewed in the United States on June 7, 2020
1.0 out of 5 stars
Streaming Version is Edited for Television?! (WHY?)
Verified purchase
I purchased the streaming version of this, a movie I've loved for years, and for some reason it's edited for television. All of the profanity is either cut out or replaced with PG versions (for instance, in one early scene, an alien calls K "you insensitive p__ck," but what we hear is "you insensitive jerk" -- even though the subtitle has the correct original line!).

This happens repeatedly throughout the movie -- this is NOT the original version of MEN IN BLACK!

joel wingReviewed in the United States on August 23, 2020
4.0 out of 5 stars
It really has become a classic sci-fi comedy
Verified purchase
The world is facing destruction unless a hidden galaxy is found and returned. Who you gonna call? Men In Black a secret government organization set up to deal with all the aliens that have been coming to Earth since the 1960s. This was the start of the great sci-fi-comedy series featuring Tommy Lee Jones and Will Smith as two MIB agents. The two would form your usual odd couple with Jones being the seasoned veteran who was calm and collected and Smith being the newbie who was over anxious.

Fun is to be had throughout such as when the big bug takes the skin off a human and can’t operate it properly or when Lee gives Smith a very tiny gun and he has gun envy and when Lee shoots an alien in the head only for it to grow back.

It really has become a classic.
C

Amazon CustomerReviewed in the United States on August 11, 2021
1.0 out of 5 stars
This is not what I asked for at all!
Verified purchase
This is a mastered 4k version of the film without any of the special features I expected it to have. It also came without a case. I can still play it on Blu ray but still I expected the same. I can deal with it but I hate the fact that this is what I got over what I expected.
2 people found this helpful

runbeiReviewed in the United States on July 20, 2021
5.0 out of 5 stars
A landmark sci-fi thriller with laughs
Verified purchase
A perfect script that never flags - thank you, Ed Solomon. This is a miraculously clever movie. I can watch it repeatedly and take fresh pleasure in the wonderful setups and one-liners. MIB is a great film in its own completely unique way. Tommy Lee Jones is flawless and Will Smith is a marvel - they are wonderfully matched as opposites in roles that could so easily have devolved into forced slapstick. There's not a sour note here. The secondary characters are wonderful, too - Siobhan Fallon Hogan is terrific as Beatrice, and Rip Torn is a hoot as Zed. Eight tentacles all the way up!!!!!

JeremyReviewed in the United States on January 1, 2019
5.0 out of 5 stars
“I make this look good” - Agent J
Verified purchase
Always a fun and enjoyable movie. I saw this movie originally nearly 20 years ago, just as funny now as it was then.
The concept of an organization the protects and monitors the planet from the aliens living among us and also trying to attack is brilliant! Will Smith (Agent J) and Tommy Lee Jones (Agent K) are a perfect match. While Smith is full of humor and jokes, Jones plays a straight laced, no emotions guy that absolutely steals the show.
Some of the effects will appear dated compared to what can be done now, but hey, it was 20 years ago of course it’s going to be good.
3 people found this helpful

JWolfReviewed in the United States on October 22, 2013
5.0 out of 5 stars
Here They Come
Verified purchase
Released in 1997 and based on “The Men in Black” comic book by Lowell Cunningham, the movie centers around an organization of agents tasked with monitoring extraterrestrial life inhabiting planet Earth. The film was extremely well received and gained an Academy Award for Best Makeup as well as several sequels. Stars of “The Men in Black” include: Will Smith as Agent J., Tommy Lee Jones as Agent K., Vincent D’Onofrio as Edgar, Linda Fiorentino as Dr. Laurel, and Rip Torn as Head Agent Zed, to name a few.

The Story: The movie opens on partners K. and D. tracking a truckload of illegal extraterrestrial immigrants across the U.S. border. When a Border Patrol officer witnesses one of the aliens free of human disguise, K. and D. must intervene and blast the alien to smithereens. To erase the memories of the spectators, K. uses a device called a neutralizer. Feeling it is time to retire, D. requests to be neutralized as well, meaning K. must now find a new partner. This scene gives the viewers insight into why an agency such as the MIB can exist without the rest of the population knowing.

Back in New York, an off-duty police officer, James Edwards, is pursuing an alien disguised as human on foot. James can tell this is no ordinary person as the chase involves jumping rooftops, but his suspicions are peaked when the fugitive blinks a second pair of eyelids and draws a strange weapon. Agent K. debriefs James on the incident, and then leads him to an alien-in-disguise pawn shop to identify the weapon. Once K. assesses the situation, he erases James’ memory but leaves him his card, beckoning James to apply for a job with the agency.

Because the majority of the aliens supervised by MIB reside in New York City, it’s only natural than their underground headquarters is stationed there as well. When James arrives to compete for the job, he is noticeable and comically out of place among the other applicants. At the end of the trials, James is not among the applicants that get “flashy-thinged” (neutralized), and becomes K.’s new partner, Agent J.

The MIB is investigating a sudden exodus of aliens from planet Earth when a tip leads them to Edgar’s farm where a UFO had crashed. After the crash, the alien bug disguises himself in Edgar’s skin. The fear conveyed is that the bug, a cockroach alien, is a member of a race at war with many other alien species. Among these species are the Arquillians who’s prince exists among the humans of NYC. When Edgar attacks the prince, his dying words tell J. that “the galaxy is on Orion’s belt.” Things begin to fall into place as it is suspected that the bug has come to Earth to steal a missing galaxy capable of providing incredible amounts of energy, but at this point only Edgar knows that the galaxy is hidden on the collar of the prince’s cat, Orion.

Dr. Laurel Weaver, a medical examiner, is performing an autopsy on the prince when she stumbles upon Orion who seems to be protecting the dead body. The bug steals the galaxy from Orion’s neck, kidnapping Laurel in the process. MIB is then caught in a crossfire when angered Arquillians threaten to obliterate Earth if the galaxy is not retrieved within the hour. In need of a ride home, Edgar takes Laurel to a monument which is actually a pair of UFOs in disguise. J. and K. manage to destroy one of the saucers, only to have the bug ingest their weapons.

Leave it to Will Smith to find a way to further irritate the bug into swallowing K. so that he might retrieve his gun and blow the bug from the inside. But the final blow comes from Laurel who locates J.’s gun and kills the wounded bug as he mounts his final attack. Back at MIB, K. makes the decision to retire. The movie comes full circle as J. neutralizes K.’s memory, and picks up a new lady partner, Agent L. The close of the film shows that our galaxy, the Milky Way, is also inside of another alien’s gem.
3 people found this helpful

MattReviewed in the United States on May 30, 2022
1.0 out of 5 stars
Not a good family movie
Verified purchase
Too much cussing for my family to watch. I can deal with some language in movies if it fits the scene, but when all they do is cuss for the sake of cussing I will not have that in my home. Maybe cussing is fine with you and your children, but I want myself and my children to know how to effectively and intelligently communicate using proper language.
See all reviews
Back to top
Get to Know Us
Make Money with Us
Amazon Payment Products
Let Us Help You
EnglishChoose a language for shopping. United StatesChoose a country/region for shopping.
© 1996-2022, Amazon.com, Inc. or its affiliates