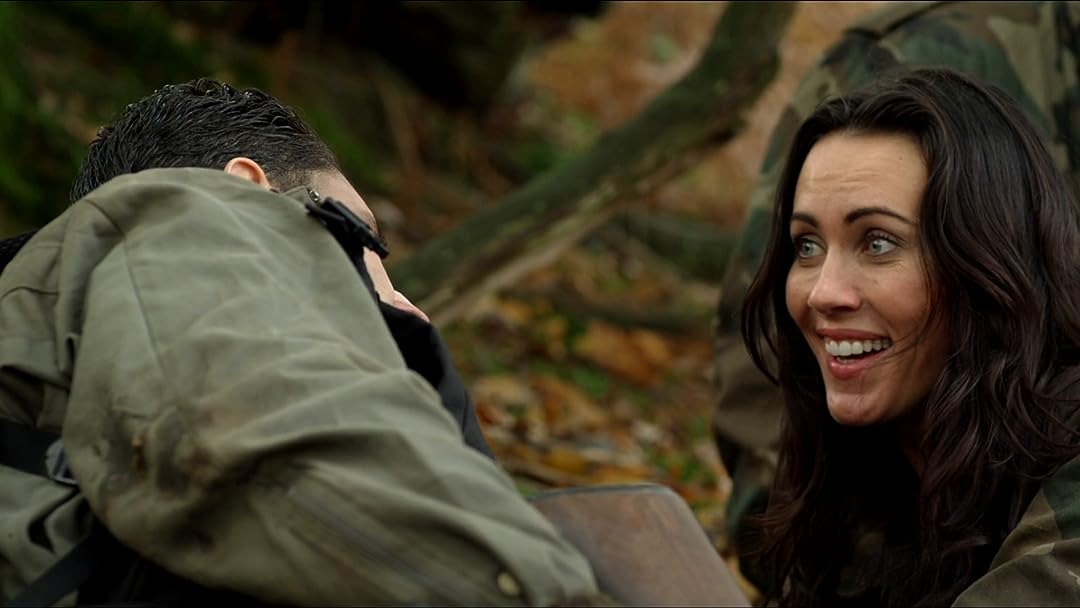 (47)
3.41 h 36 min2012X-RayR
When the Serbian Prime Minister is assassinated, an elite special ops team is called in to pull Europe back from the brink of war and rescue the U.S. ambassador who is being held hostage.

Ray RobinsonReviewed in the United States on November 2, 2019
4.0 out of 5 stars
This is not a documentary, just a good movie to watch
Verified purchase
I thought it was a decent show. I don't watch these shows expecting factual flixs. So then people complaining about not being factual must not watch many movies then, the only factual movies I have found is documentaries. But then again I can watch movies for pure enjoyment without looking for the reality in them. Life is a reality it's nice to just unwind and watch something like this.

pcsuttonReviewed in the United States on March 12, 2012
1.0 out of 5 stars
Laughably Horrid
Verified purchase
One of the worst movies I've ever suffered through. I finished it only to see how ludicrous it could get.

I guess 4 guys going on a combat patrol/rescue mission without facepaint, without any M-67s between them but armed with sleeping pads should have been a clue. The scene of all 4 of them asleep in a row, without posting a guard, was also extremely realistic.

As far as I know, escape and evasion methods usually don't include repeated and loud yelling of "MOVE MOVE MOVE MOVE MOVE" to be sure to let your enemy know exactly where you are.

Apparently the producers of this turd didn't want to spend the dough for a military advisor....save yours.

DJDReviewed in the United States on November 26, 2013
4.0 out of 5 stars
Our military doesn't stop til the job is done.
Verified purchase
Loved the movie. Maybe not the most factual but enjoyed it anyway. Loved Billy Zane being brought in to help save the day.

Jean-MarieReviewed in the United States on October 2, 2014
4.0 out of 5 stars
Four Stars
Verified purchase
good

BillReviewed in the United States on March 18, 2012
1.0 out of 5 stars
Don't waste your time !
Verified purchase
I gave this movie a chance because Zane was in it, what a mistake. Terrible doesn't describe it. I couldn't bring myself to sit through it. This movie should not be be in the $3.99 rental catagory.
5 people found this helpful

Tony HeckReviewed in the United States on February 1, 2012
2.0 out of 5 stars
A very slow and uninspired war movie about a hostage rescue after a military coup. Seemed flat, not interesting. I say C-
"No Andy...they are wrong." After a military coup occurs in the Balkins the U.S. ambassador is in trouble. An ex S.A.S. serviceman is picked by Colonel Tourida (Zane) to lead a rescue mission. I have to admit that I like war movies, but like the new batch of western movies lately they seem to be either really good or really bad. It seems that some people assume that if you put a guy in cameo with a gun in a movie people will flock to it regardless of plot. I am not one of those people. To me just because it's a war movie doesn't automatically make it good. This one was very slow and didn't seem to have a point. I lost interest quickly and started to forget what I saw. By the end I was just glad it was over. But on the other hand not everyone thinks like me and many will like this. I just couldn't get into it. Overall, compared to the recent war movies like "Beneath Hill 60" and "Age Of Heroes" this is not nearly as good. I give it a C-.
2 people found this helpful

Mark TurnerReviewed in the United States on May 14, 2012
1.0 out of 5 stars
WHY DIRECT TO DVD GETS A BAD REP
There are tons of movies that are shipped out direct to DVD. Some of them are decent films and on occasion you get one where you wonder what folks in Hollywood were thinking when they release some piece of crap and yet release a great movie direct to DVD. And there are movies like MERCENARIES which make you forget about why direct to DVD but how did this movie ever get made to begin with?

The story is fairly simple. The US has an ambassador in the Balkans who's been captured by a ruthless general starting a coup of the country. They need to send in a team to rescue him but if it's an American team the political fall out will be disastrous. Instead, they decide to send in a team of mercenaries.

The team consists of several ex-military types led by Andy Marlow. And this is where things begin to go all wrong. First off the team looks like their uniforms were just purchased from the factory. Even outfits bought at army surplus stores look more worn than these do. Nicely creased, not a speck of dirt and it remains that way through most of the picture. The second thing is that there is no discipline among this team. While Andy is the man in charge, when a group of civilians are about to be killed the entire team ignores his plea to stick to the mission to help them. Mercs as depicted in most films follow orders, stick to plans and get the job done. Here they do what they want, make as much noise as possible while attempting to avoid detection and don't do one thing that would keep the enemy from knowing exactly where they are.

As members of the team are knocked off one at a time, they do rescue the ambassador and his lovely assistant who seems as familiar with weapons as the mercs are. Good thing since their numbers dwindle with each passing minute.

I'd love to say this film had some redeeming quality to it but there isn't a thing that I liked about it. The acting was amateurish at best, the script was terrible and the story lame. Then to cap it off the sets were amazingly bad. The movie looks like it was filmed in some Appalachian forest reserve rather than the Balkans.

Forget whether this movie is worth adding to your collection it's not even worth a rental no matter how low the price. As a matter of fact it's not worth wasting your time to watch if it was free. Pass this one by.
See all reviews
Back to top
Get to Know Us
Make Money with Us
Amazon Payment Products
Let Us Help You
EnglishChoose a language for shopping. United StatesChoose a country/region for shopping.
© 1996-2022, Amazon.com, Inc. or its affiliates