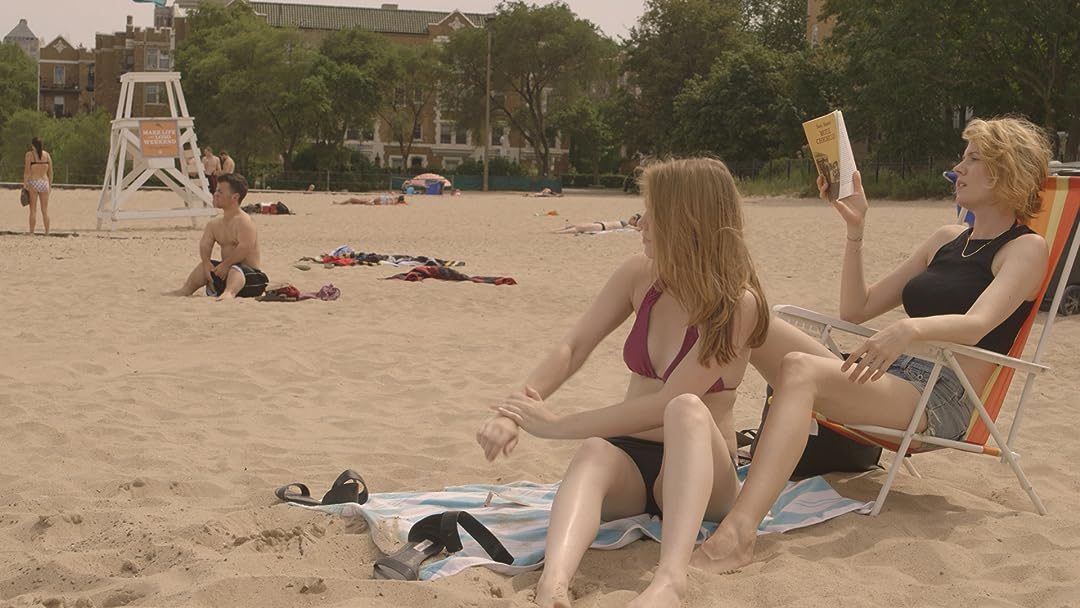 (149)
5.51 h 48 min2018X-RayUHD18+
A closeted gay woman, Mercy, meets an attractive, sexual and loving college student named Jesse that challenges her to explore her own beliefs on sexuality and religion.

EricaReviewed in the United States on November 10, 2020
5.0 out of 5 stars
Excellent
Verified purchase
I’m seeing a lot of bad reviews here written by people who don’t know what cinema is. So yes, if you are looking for explosions and thoughtless entertainment, go elsewhere. This is actually a perfect low-budget film. I, myself am a filmmaker, and I’m inspired by what the director has done here. The acting is phenomenal and the subtle flux in emotions is coming from actors who are obviously serious and know what they’re doing.

This film is thought provoking and meaningful. As a queer female who grew up with a fundamentalist, evangelical mother, the story is very relatable. The pacing is perfect. The content is rich. I’ll be thinking about it for weeks. Really the best film I’ve seen in a long time.

English PatientReviewed in the United States on January 17, 2021
5.0 out of 5 stars
Excellent film portraying life as it is not as the fairytale people prefer to believe.
Verified purchase
The filmaker carefully crafted a story protraying a troubled woman who is also a lesbian. The film thoughtfully explains that one's sexuality is one dimension of a person not their definition. The film is arguably not about Mercy's girl though it is, but that it is about her relationship with her mother who has been casually cruel to Mercy throughout her formative years and is so narcissistic that she isn't even aware of it. This childhoood trauma inflcited on Mercy is set her on a self-destructive downward sprial from which it is very difficult to pull out of as that imprint of behavior was ingrained upon her by her mother when she was most vulnerable. For those critics who complained about the lack of a happy ending, the slow pace, or lack of resoltuion, please grow up. Life is exactly like that all too often a 'quiet desperation,' lack of resolution, and no 'happy ending.' Mercy lost her lover and best friend, but there is hope that she will overcome her childhood traumas and find the courage to love again.
11 people found this helpful

Pseudo NymReviewed in the United States on September 29, 2020
3.0 out of 5 stars
It could have been so much better
Verified purchase
It was slow, it was trite, and it didn't really deal with Mercy's underlying reason for her addiction and the damage done by her mother. She was raped and didn't tell her girlfriend and didn't get the support she needed. It portrayed damaged lesbians at the hands of Christianity and no real resolution ... such as good counseling, solid support network, honesty with one's self and others, etc. It just made me feel sad. I fast forwarded through the last 30 minutes it was so painful to watch.
13 people found this helpful

lijahReviewed in the United States on September 19, 2020
1.0 out of 5 stars
Actors & anyone else on videos --- STOP MESSING WITH YOUR HAIR!! It's distracting & annoying.
Verified purchase
I wish I could say something positive about this movie, but it was simply depressing. Long and drawn out scenes. I'm guessing this movie was made for for a film school project? Maybe the lesson here for people is to stop wallowing in self-pity and stop blaming your parents for your bad behavior. Very amateur production. Better luck next time.
14 people found this helpful

Forest NymphReviewed in the United States on October 17, 2020
3.0 out of 5 stars
Depressing
Verified purchase
Basically a nice girl from a good home with normal parents whom she calls "friends" (and therefore accept her as being lesbian) gets involved with the title character, Mercy, who has a good relationship with her alcoholic father who enables her own drinking, while her nutty religious mother emotionally neglects her at first then ramps it up to full on abuse calling her "disgusting" when Mercy comes out to her as gay. Mercy struggles with alcoholism, and her gf loves her and cares for her, but eventually, after being beaten and raped while drunk she blames herself...and get this...SO DOES THE GF. Even after time passes, and Mercy sobers up and goes to AA and grovels, apologizes and begs for forgiveness, the nice girl with friend parents says she "just can't" because Mercy is "toxic."

I just felt like the gf character was such a Karen and I felt really bad for Mercy. Well-written and convincingly acted, but utterly depressing film.

GiftbearerReviewed in the United States on June 23, 2022
4.0 out of 5 stars
Tragic and realistic
Verified purchase
I think overall this was well written and acted. I have known people like Mercy in my own life, one woman in particular who I have never forgotten. To be the person on the receiving end of such a roller coaster is agonizing. You keep hoping things will get better and they don't. At some point you realize you can't save them and have to make a decision that hurts both of you just so that you don't die with them. It's a choice nobody should have to make once they love someone in a committed relationship. As the other partner in the relationship you sometimes find yourself wondering if that person does get themselves together and moves on then was your decision to break up with them not the right one. You ask yourself whether you were not patient enough, tolerant enough, or whether you may have contributed in some way to the bad outcome, but then who can really know for sure how much is the other person and how much is how you related to them. That's nearly impossible to determine.

This thought process brings me to the ending of this story when Mercy's former girlfriend met with her for closure and when Mercy tried to get her to come back she said "I can't. You're toxic." Alcoholics will say a thousand times they've gotten it together so from her perspective I can see why she would not want to take the risk, but I have also known alcoholics who have been sober for 20 years; so I question whether to call her "toxic" is an accurate statement, and perhaps too harsh and too absolute. Mercy's mother was obviously toxic, but in many ways Mercy was a victim. She did not seem narcissistic, just lacking in direction and sort of drifting through life without a plan. One gets the sense that she is going through the motions of living and probably underneath it all is going through serious depression which has not been addressed. She goes to AA but has no sponsor, and does not seem to be in therapy. Until the depression is addressed she probably won't be effective in her life. It doesn't seem as though she's a manipulator, exploitative, nor intentionally cruel to those around her; just someone living a subsistence life (which I think was the case of the person in my life who was the same way).

In some places the story seemed a little disjointed. Who was the man she borrowed money from who was being so glib and making her wait while he addressed envelopes. He seemed to be some sort of a friend of the family, but that could have been filled in a little more. I'm a writer so I notice things like this.

I would have liked for the story to have followed her a little further. Other than that I think it was an excellent movie. The long pauses between her responses in conversation was a nice touch to show how hard it was for her to express herself and punctuated the gravity of her life.

Casper JanewayReviewed in the United States on April 5, 2019
1.0 out of 5 stars
Dumb and Boring
Verified purchase
The time I wasted watching this silly movie Is lost forever. Zero chemistry between the two main characters. To many face shots with nothing happening, not even dialogue. Everything appeared to be moving in slow motion even the traffic in the background. The kissing and sex scenes pathetic. The only saving grace in this flick....oh, wait...there was none👎🏼
10 people found this helpful

Brendan WrightReviewed in the United States on January 8, 2019
5.0 out of 5 stars
Raw story of reality and ultimately hope
Verified purchase
It was hard to watch, but Mercy is so persistent in being who she is. I love the story of deciding that she isn't wrong. I love the open conversation that happens and the growth she goes through. I realize the ending isn't a warm and fuzzy one by some standards, but knowing she is no longer living under the fog and fear she did at the beginning is powerful.
There are some really hard scenes to watch, low points that feel raw and brutal and a little too real, but that also adds to the story. I really enjoyed this movie.
11 people found this helpful
See all reviews
Back to top
Get to Know Us
Make Money with Us
Amazon Payment Products
Let Us Help You
EnglishChoose a language for shopping. United StatesChoose a country/region for shopping.
© 1996-2022, Amazon.com, Inc. or its affiliates