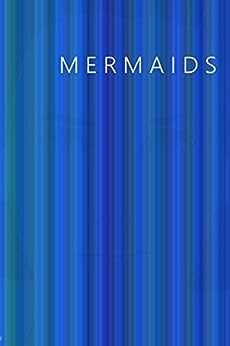 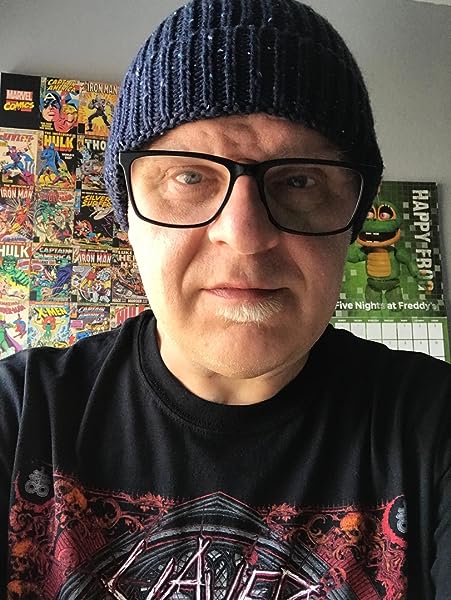 4.5 out of 5 stars
4.5 out of 5
6 global ratings
How are ratings calculated?
To calculate the overall star rating and percentage breakdown by star, we don’t use a simple average. Instead, our system considers things like how recent a review is and if the reviewer bought the item on Amazon. It also analyzes reviews to verify trustworthiness.
Top reviews

Adam Oster
3.0 out of 5 stars Many of the tales would probably be better considered novellas as opposed to short stories
Reviewed in the United States on September 7, 2015
As with all short story collections, you'll find that some stories work for you and some don't. But, this collection is different than many in that instead of a vague theme, these stories all work on a very solid high concept idea: What if there was a big flood?

I have to admit that although many of the stories in Mermaids ﻿weren't quite my preferred style of storytelling, I was impressed throughout at the epic scope each of these tales had, while still keeping themselves rather brief. Many of the tales would probably be better considered novellas as opposed to short stories, but even with that understanding, these action-packed adventures (well, not all of them were action-packed), are amazingly filled with enough to fill a full length novel, while still keeping themselves to the brevity the format requires.

As with other Pankheart collections, this one is definitely worth the read if you're on the lookout for new and talented authors.

Like Heathers, the first Young Adult fiction collection from the Pankhearst Writers Collective, Mermaids is a themed set of stories by different authors. This time out, a more detailed theme leads to closer connections among the stories so that Mermaids is nearly a collaborative novel. (Or rather, the first volume; volume 2, “Moremaids,” will follow soon). Each author was provided the same large setting – a world like ours that has suffered a catastrophic, worldwide flood – and created teenage characters who survive the disaster, endure the aftermath, or live with a watery reality that is the only world they’ve ever known. Small details, such as the name of a ship or mention of Chinese pirates, connect the stories even more closely, while allowing each author an individual voice. This variety of voices on a common dystopian theme results in a lively and ultimately hopeful collection of stories with a large cast of strong, resilient young characters.

“Our Russian Soldiers, ” a novella by Lucy Middlemass, opens the collection and is full of gritty, real-world horrors that would occur in such a flood in our modern world, as well as surprises that upend assumptions about characters and where the story is headed. It features the children of a latter-day Noah who had enough advance notice of the coming disaster to save his family. The parents try to protect the younger girl, Leah, from witnessing the cruelties necessary for her survival in this new world, but her older sister Hannah takes in everything and resents her sister’s protracted innocence – but doesn’t shy from protecting her when their parents are lost and the girls must go on in the company of a pair of escaped prisoners.

“Sea Monsters” by Simon Paul Wilson takes the form of an urban-legend-style horror story, in which the horror is related by someone who heard it from someone else. The narrator is a probably-orphaned teenage Thai girl, Mai Noi, living with her sister Nok on an artificial island of boats rafted together, about a year after the flood. She tries to comfort her sister’s fears by assuring her that mermaids and monsters aren’t real – but learns from a solitary Japanese sailor that maybe monsters do exist, in us.

“Deepwater,” a novella by Evangeline Jennings, is set sixty-seven years after the flood, in an empire of platforms, oil rigs, and warships. The Class of Sixty-seven is about to graduate into their adult careers and Tilly should have it good – she’s a descendant of the founder, daughter of the current Chairman, and nearly a shoo-in to win the big race on graduation day. Instead of celebrating, she’s planning her eventual escape from what she has discovered is an oppressive regime.

“Land” by Fiona Haven is told from the point of view of Ethan, a teenage misfit who is more interested in books, calculations, and the land under the waves than in whaling or the other practical jobs on his raft-home of Meadows. (I found lovable his tendency to get distracted by calculating the volume of a whale, or how thick the land would have to be to hold up a stone tower). He finds a sympathetic co-conspirator in the drunken Flint, and by the end of the story, they are preparing for what can only be called a grand quest.

“Redeemeer” by Pippa Whitethorn opens with an epic first kiss during a thunderstorm and goes on to consider young love complicated by more than just separation. Protagonist Nat learns that he and the other scavengers of Angra are not only of little value to their corporate overlords, but may actually be seen as a threat to be removed. The final scene of sacrifice and redemption is set appropriately on a familiar landmark, now almost entirely underwater.

“Beyond the Water” by C. J. O’Shea follows Ellie, the privilege daughter of the Captain of the Castle, on her fifteenth birthday as she gradually reveals to her bodyguard, Tori, her reasons for wanting to die. Tori’s willingness to listen without judgment and to be vulnerable herself give Ellie a reason to go on living.

The final story (and my personal favorite), “Epwa” by T. S. W. Sharman, rounds out the collection with a tale set centuries after the initial disaster – long enough that fragments of Catholic doctrine have been folded into newer mythology to explain the only reality the people of the floating Epwa have every known. These imagined elements give the story the flavor of a folk tale. Science and history alike have been lost; only the reviled, heretical pilot has any idea of where they came from or why they row. Hannah must choose her adult work and a mate when the moons cross, but she’s not good at anything and doesn’t like most of her options for a mate. In the end, she helps create a new way for herself and the whole community, and there is hope of a more enlightened age.

In spite of the extreme circumstances, all the teenage characters in Mermaids come across as real. They have little or no power; terrible things happen to them, and sometimes they do terrible things in order to survive. But survive they do, stronger, cannier, and perhaps capable of making their dystopia a little less “dys.” Another winner from Pankhearst.

Full disclosure: as one of the authors in the second volume of this collection, I received an advance review copy of Mermaids.
Read more
Helpful
Report abuse

S Bryant
4.0 out of 5 stars Entertaining
Reviewed in the United States on August 3, 2014
I was given a copy in exchange for an honest review.

This was a good collection of short stories. The editing, formatting etc. were great.

The stories themselves were pretty good, as with most anthologies I liked some more than I liked others. The premise was good but I found that because all the stories are centered around this one scenario (the whole world being covered in water) that it got a bit repetitive at times.

At times the 'science' behind the stories was a bit shaky, so to me that separated it from hard sci-fi/dystopian and more into fantasy. However, in many cases the water was very much a sub-plot. The majority of stories focused on people and their interactions/personalities. In most cases this was good, if a little predictable.

Overall they were entertaining little reads. Not to be taken too seriously, but rather read more for the fun of it.
Read more
Helpful
Report abuse

Angelika Rust
4.0 out of 5 stars disturbingly realistic
Reviewed in the United States on September 1, 2015
I suppose the first thing that comes to mind if I were asked to describe this book is, raw power. In a disturbingly realistic dystopian version of our world, where climate change made the Poles melt and earth is flooded, people are struggling to survive on nothing but their own ingenuity. A collection of short stories, each author supplied their own unique view of what might happen, and how our world might look like. The sad truth is, it wouldn't make us better people.
What impressed me most about this collection is on the one hand, the deep understanding of the workings of the human mind the authors show, on the other the attention to tiny details. Like with every anthology I've ever come across, I didn't love every single story, but most of them are true gems.
Read more
Helpful
Report abuse
See all reviews
Back to top
Get to Know Us
Make Money with Us
Amazon Payment Products
Let Us Help You
EnglishChoose a language for shopping. United StatesChoose a country/region for shopping.
© 1996-2021, Amazon.com, Inc. or its affiliates