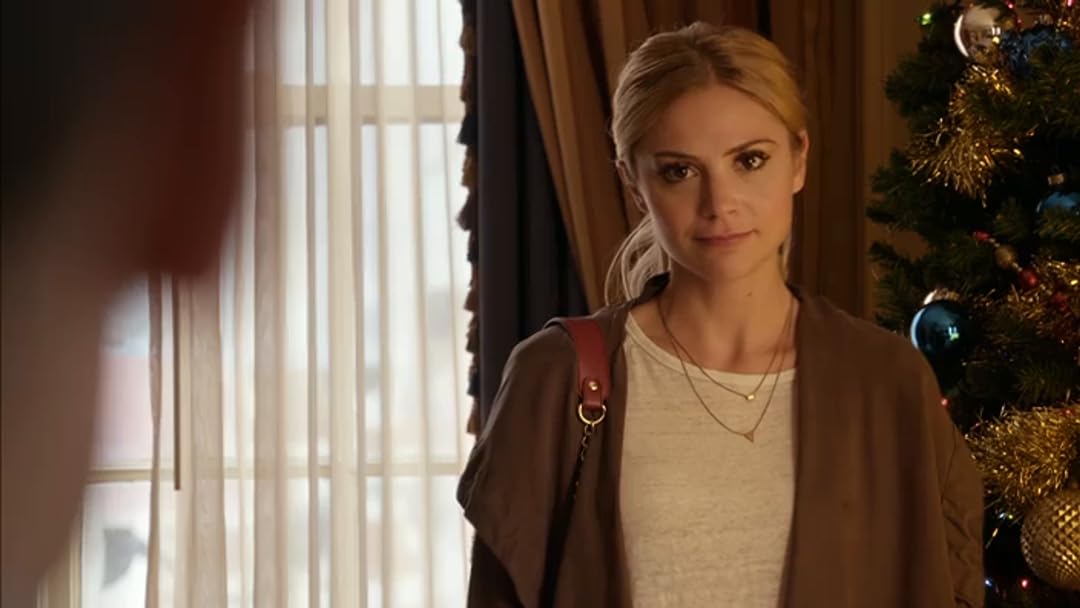 (130)
5.31 h 29 min2015X-RayPG-13
A woman engaged to marry a self-centered film and stage director/choreographer falls for a caterer whom she kisses, as does he for her.

linda galellaReviewed in the United States on September 27, 2021
3.0 out of 5 stars
Parts of this movie are cute and heartfelt but
Verified purchase
then there’s the terribly fake accents, ballet dancers that my geriatric card group and I could out perform, an orchestra that rivals a junior high school beginners ensemble and a plot that’s more predictable than a rising and setting sun.

One of the highlights of this film is Doris Roberts playing a wanton old woman who tries to capitalize on the mistletoe hanging from the ceiling of the elevator in her building. That old bird can smooch! I’m not sure the young bakery chef is quite as enamored as she is…

Kayla and her obnoxious director fiancé are having relationship troubles as they come to town for the opening of his rendition of The Nutcracker and a party celebrating their upcoming wedding. Carlton, the director, has an ego so large he dispels everything and everyone around him. He really is a disgusting excuse for an human being. Sparks between Kayla and Dustin fly immediately and this is the only plot line with any hope.

Over acted, under funded but safe for family viewing, if they’ll sit thru it🍿

Joy of DanceReviewed in the United States on November 10, 2020
2.0 out of 5 stars
Lovely lead actors but even their beauty and good teeth couldn't save this one...pain--ful.
Verified purchase
Steady and great-looking Leads but the script and Ballet theme let this adorable idea down. WHY use ballet and the Nutcracker as a theme for a hot-shot choreographer character if you can only afford 6 bad dancers? All of whom looked confused, were all on the chunky side, none on point and showing zero choreography. It was embarrassing. If this was shot in any decent city there are good ballet schools galore-especially in the L.A. area. Additionally, there were zero sets on stage and no working rehearsal costumes for tech-just before a big performance. I am glad that the writers more accurately portrayed a narcissist/artist attracted to a sensitive woman who wants to please too much and finally wakes up. It is an all too common theme that needs exposure. The first elevator meeting scene was just too random and out of character for the leading lady IF you want us to believe the leading lady is competant but being taken advantage of by the self-absorbed fiance. Repetative dialogue between the leading lady and fiance' didn't help and the darn phones...really? IF I WANTED TO READ dialogue, I would have opened a book or read a play. The end pay-off was cheapened by shameless and tacky product placement, but I guess the film had to have a sponsor, so I forgive that-
Merry Kissmas anyway!
One person found this helpful

BrittanyelysebkReviewed in the United States on October 7, 2016
4.0 out of 5 stars
but I liked it, it was goodish
Verified purchase
I have huge soft spot for everything Christmas so I may be biased, but I liked it, it was goodish. I felt the leads worked well together. Obviously, it's an unrealistic film, but in terms of issues I can't believe she would stay that long with someone like that I guess it happens but the kind of person her character seems to be its just obvious from the start of the film she doesn't love him so it doesn't make sense she would stay unless it was because he was wealthy but that doesn't fit the character either. ::SPOILER:: (kinda I mean we all know how this ends) Typically, I hate these I'm engaged, whoops I kissed someone else, now I have feelings for that person but, I'm gonna stay engaged, lie about everything till it blows up and I still end up happy anyway, but the fiancee in this movie was so unbearable, I didn't mind as much as usual.
2 people found this helpful

JenKReviewed in the United States on January 3, 2022
3.0 out of 5 stars
I love how terrible this movie is!
Verified purchase
This movie is horrendous! There’s terrible acting, laughably bad accents, an unrealistic story line, a sad excuse for a production of the Nutcracker, and obvious product placement, just to name a few things that make this movie the train wreck that it is. But it’s so very bad that it’s good. I just can’t stop watching it.

RomComConnoisseurReviewed in the United States on January 20, 2021
3.0 out of 5 stars
Likable but with caveats
Verified purchase
The love story and their chemistry made the movie likeable.
Ending was more cheesy than it should have been. Specifically the ending scene trapped in the elevator. A better ending would have lifted this.

Jerk boyfriend was way over the top bad. He does a hard to tolerate, terrible, fake English accent. I skip through him on repeat viewings. But there are repeat viewings.

Colleen FlynnReviewed in the United States on September 13, 2021
5.0 out of 5 stars
friends to lovers
Verified purchase
the best advice was from Jana who said that the longest lasting love is with a person who can be your friend. I'm glad Kayla found out the difference between the fake romantic gestures of her initial fiance and true romance with someone who is a friend and cares about her as a person--in addition to the sparks.
One person found this helpful

Amazon CustomerReviewed in the United States on October 27, 2021
5.0 out of 5 stars
Cute Christmas Romance!
Verified purchase
I love to watch Christmas romance movies with my kids. This is one we watch each Christmas season. If it's around at other times of the year, we will watch it anyway because it's just a cute and fun movie.

Amazon CustomerReviewed in the United States on December 1, 2020
1.0 out of 5 stars
Pass and go watch anything else!
Verified purchase
I could not get past 5 mins, I tried. The bad, bad, bad English accent was horrifying and his acting was a very close second!
2 people found this helpful
See all reviews
Back to top
Get to Know Us
Make Money with Us
Amazon Payment Products
Let Us Help You
EnglishChoose a language for shopping. United StatesChoose a country/region for shopping.
© 1996-2022, Amazon.com, Inc. or its affiliates