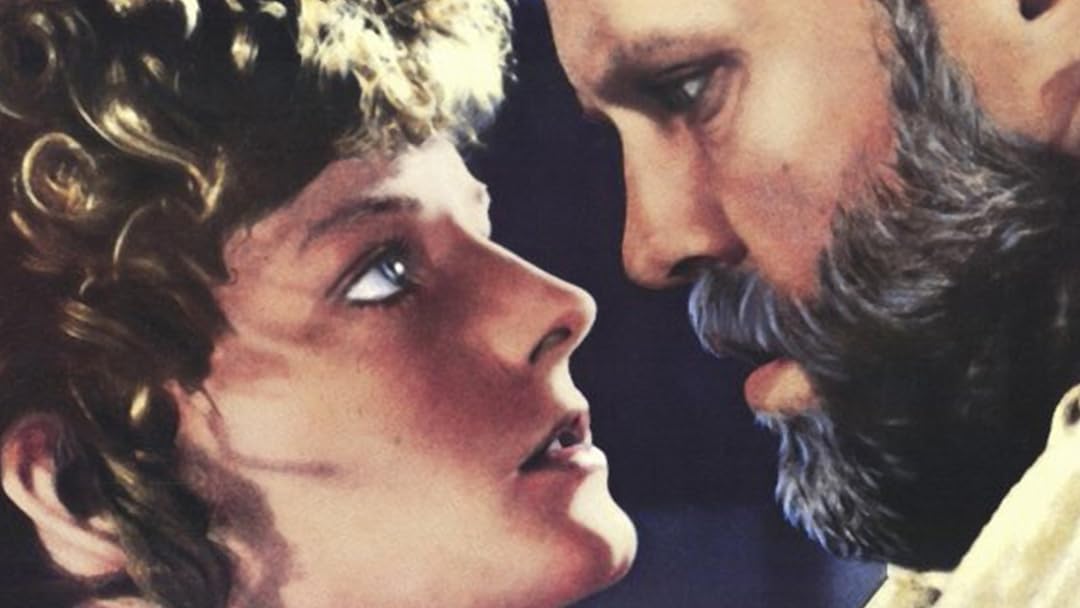 (61)
4.71 h 29 min198513+
Featuring 2-time Academy Award-winner Jodie Foster as an orphaned New Zealand girl who marries an older, wealthy businessman, and has to learn to deal with his strange sexual desires.

retrobabeReviewed in the United States on October 1, 2020
1.0 out of 5 stars
Disappointing and boring
Verified purchase
I love Jodie Foster and John Lithgow's work. That coupled with the fact that I expected to watch a dark tale of obsession and a young woman's desperate desire to escape her husband was what led me to be very disappointed with this movie. I just could not get anything out of this movie. I thought Jodie Foster looked dazed and stiff throughout the whole film, even during moments when she was supposed to be scared. John Lithgow seemed nutty, but even then, I never really felt as if I should be afraid of him as a viewer. There were too many people involved in the story; I lost track of who was doing what. I was hoping to feel tense and unsettled by Lithgow's sexual perversions, but instead, I was bored.
The movie was slow, and I just could not feel fear from Jodie Foster's character. This movie turned out to be a one-time viewing for me.
3 people found this helpful

SharpReviewed in the United States on December 30, 2017
5.0 out of 5 stars
Dark, Intense, and Questionable
Verified purchase
Partial spoiler: This is a dark and intense story about a man obsessed with a woman from her youth forward, married her in youth, and did not live with her until a year past. John Lithgow plays the part of the obsessive husband and does a fine job of representing a character who is probably insane. Jody Foster portrays the young wife and the story takes all sorts of questionable, twisted occurrences, in regard to, incidents of abuse and character flaws in people surrounding her character and others, such as the attending doctor, minister, father, and so on. The young wife is at the husband's mercy & little by little the story plays out to the benefit of the wife. I did not research the "based on true" story. Often times, I thought the young wife just as disturbed as her obsessive husband. It was a brilliant movie and I will leave it at that.
12 people found this helpful

PLBReviewed in the United States on March 14, 2018
4.0 out of 5 stars
Wonderful move. Where has it been?
Verified purchase
In truth, I was mesmerized by this surprisingly good movie based on a New Zealand true story. The John Lithgow character (Mr. Thompson) marries Jodie Foster (Victoria) through an arrangement while she was in an orphanage. She doesn't go live with him until she is old enough. He is obviously perverted to an extreme degree, but we aren't really shown much more than that he likes to observes her undressing through a peephole. She falls in love with his younger brother but is led to believe that Mr. Thompson had killed him. Jodie Foster, by the way, is glowingly beautiful in this film and a good actress to boot. John Lithgow is, as always, a marvelous actor and does "crazy" very well in this part. As his desperately unhappy, ill-treated wife hypnotizes him into taking liquid chloroform, he behaves in an increasingly bizarre manner. She also has both the minister and the doctor in her thrall so no problem from them. His father, even nastier than his son, somehow isn't on the scene at the right time to catch on to this; but he has his suspicions. The conclusion to this film is partly satisfying; partly mystifying; but I'll not tell you more.
9 people found this helpful

Khristine JacksonReviewed in the United States on August 24, 2020
4.0 out of 5 stars
A rare .............GEM
Verified purchase
I have been a fan of Jodie Foster's work since she was a child.. This was her destiny like that of Bette Davis,Meryl Streep and others to become GREAT ..actresses ! I have never even heard of this film nor have I heard her interviews from the past bring this film up? John Lilthgow did an excellent job as a "sneaky pete" pervert husband. Yes I said it...he spied on her from a peep-hole in another room. The cast were pretty good and I read up on how there was a protest due to the fact that they did not use local actors that much in the film. Ms.Foster was also a producer in this project.... I really loved her costumes and hair styles for the period.. Did you check out those "St Bernard" dogs.. Yes..once and a long time ago...I owned one.. Or shall I say she owned me..! They are fabulous dogs to have as a pet parent...so if you ever want one.. Please adopt one from a rescue not a pet store... The story was a bit confusing...but I don't want to spoil it for the rest of you all.... Sit back ...and enjoy this little story of a young girl's journey..
One person found this helpful

LeeReviewed in the United States on January 31, 2017
2.0 out of 5 stars
Strange
Verified purchase
I must be missing something here. There must be more to the story, which would cause a young bride to despise her husband. There was slight inference to the dogs as if there might be some perversion there. She tried to get away from him by running away with his brother who was apprehended with her on a ship, a fight ensued, and trying to hit her husband with a sharp object she accidentally hit his brother causing his presumed death, which was not the case, but her husband made her believe his brother was dead, her fault, and he would keep quiet about it. Possibly the husband was not only a peeping tom but perverted in the bedroom as well. It just is not clear. The actress, Jody Foster, appears to be in a catatonic state throughout this film with the camera zooming in on her expressionless face and blue eyes. She was accused of killing her husband and the doctor found chloroform in his stomach on autopsy. There was hypnosis involved taught by the preacher who disappeared conveniently at the time of her arrest. There was also a hint that there may have been some relation to the
young bride's father-in-law who looked like the man that left her at the orphanage to be raised until she was at age at which time this strange man appeared at the home and asks for her to marry him, pre-selecting her from all the young girls there. If she was the illegitimate child of her father-in-law, then this was incestuous at best. She gives birth to a stillborn baby. We do not know if she took something to cause that, or could the blood lines have been too close. She goes to trial for the murder of her husband and is acquitted due to reasonable doubt. We next see her at the symphony with an older man. She leaves there with a note and the postscript at the end of the film indicates she went to America with her dead husband's brother, George. If this is truly based on a true story, more fact finding could have been done to support this film.
5 people found this helpful

PeachyPatReviewed in the United States on December 23, 2018
4.0 out of 5 stars
How many people are really guilty?
Verified purchase
How can John L be so horrible? How Jodie F be so devious? They are great actors, that's how. The story is not new; older husband, not a nice man marries a much younger wife. He has no kindness towards her and does nothing to help her feel comfortable in the marriage. Resentment, then hatred build up in the young woman and she contrives a way to get out of the marriage.
It would seem that most of the men that come into her life are mesmerized by her beauty. The camera lingers on her face quite often and it is lovely. While her husband grows increasingly ugly both physically and mentally. After the husband dies, she is put on trial for murder. The cause of death is certain, how it happened is inexplicable. What end awaits the young woman?
3 people found this helpful

KRReviewed in the United States on April 7, 2021
1.0 out of 5 stars
What a boring waste of time.
Verified purchase
I watched the entire thing somehow believing that the movie would eventually find it's footing and go somewhere. In the end though, it was just a boring stinker. Even the exemplary acting skills of Jodie Foster and John Lithgow could not make it film interesting. In fact, it struggled to even be a story at all. The only thing memorable about this film is in regards to the hour and a half of my life that I will never get back. What a waste of time.

Betty BoopReviewed in the United States on October 10, 2011
3.0 out of 5 stars
Mesmerized
Verified purchase
It is a strange twisting plot, but the acting of Foster and Lithgow is, as usually, excellent.
The main reason I bought this movie is because Lithgow is in it , and I think Foster is one of the best. The music is great, and the whole experience is bizarre.
I think she did a good job for what she had to work with, which was a pretty dull script. The costuming and sets were all pretty top notch, as was most of the acting. John Lithgow, who played her husband, did a good job, in that he gave me the creeps. There was pretty good chemistry between she and her brother in law, making you believe they could have a thing goin' on.

An orphaned New Zealand girl married to an older, wealthy businessman learns to deal with his strange sexual desires.

There are so many problems with Mesmerized, it is difficult to decide just where to begin with them. This was a very poor screenplay with stilted dialog, zero character development & the plot drags like a stubborn mule. To sum it up, this film is dull, slow-paced and pretentious. This movie suffered from poor cinematography with dulled-out color & poor lighting. Jody Foster also served as co-producer.

Whatever happened behind the scenes with Mesmerized, it is clear that Jodie Foster bears culpability for much of this film's awfulness. She gave what was quite possibly the single worst performance in her acting career thus far. Throughout the entire movie, Foster's eyes have the glazed look that is so typical of cocaine users.. This is interesting in light of the fact that in December 1983, she was arrested and charged with possession of a small amount of cocaine. She pleaded guilty and was sentenced to a year's probation and had to pay the costs of court.

I really like Jody Foster but this is her worst. Don't waste your time or your money.
2 people found this helpful
See all reviews
Back to top
Get to Know Us
Make Money with Us
Amazon Payment Products
Let Us Help You
EnglishChoose a language for shopping. United StatesChoose a country/region for shopping.
© 1996-2021, Amazon.com, Inc. or its affiliates