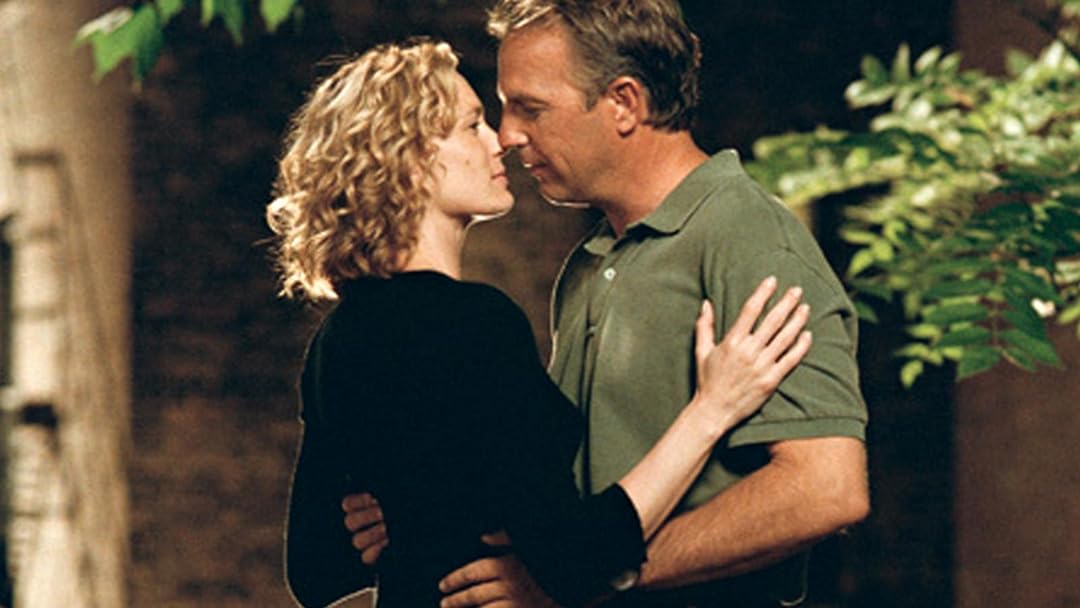 Message in a Bottle

(3,795)
6.22 h 11 min1999X-RayPG-13
Kevin Costner as Garret and Robin Wright Penn as Theresa bring high-voltage star power to Message in a Bottle, a tale of love lost and found based on Nicholas Sparks' bestseller.

Surel311Reviewed in the United States on January 13, 2018
2.0 out of 5 stars
Never read the book!!!
Verified purchase
Was looking for something light hearted with beautiful scenery and excellent acting. This movie starts out interesting, evolves into a awkward love and blossoms into a second sudden tragedy. The whole movie changed in the last two minutes leaving the viewers shocked and depressed. Movie turned on a dime, like maybe they ran short of film, or had a budget cut!!! Should have read some reviews before watching, but how could you go wrong with The cast??? Movie was good, but writers, producers and directors tend to be a little too full of themselves seeking to shock the audience!!! If you want shock value...watch this or the news. Not bad If you want a heart tearing drama, but If you want a relaxing movie to help sooth away the worries of the day...keep looking!!!
11 people found this helpful

Amazon CustomerReviewed in the United States on June 22, 2021
5.0 out of 5 stars
Perfect casting
Verified purchase
It wasn't all tears and anger. The chemistry between these two actors was amazing. Even the relationship between father and son was an emotional road that one could get lost in without any judgements on either side. I loved the adaptation of what we tend to refer to as "soggy" fiction. It successfully strayed from the "smiles into despair" that Terms of Endearment and Steel Magnolias evoked. It makes a positive review easy when both of the main actors are at the top of their acting expertise. I never feel that either one of them plays the same character in every role. They are multifaceted actors - and that isn't easy in the completely commercial and political WOK atmosphere of Hollywood today. I don't see either one of them as some extreme political activist - I see actors who can truly bring their characters to life on the screen without using their skills to attack me with their politics.
One person found this helpful

RobertReviewed in the United States on February 8, 2021
4.0 out of 5 stars
NOT only a “woman’s movie”; “the ending” problem
Verified purchase
Two points. First, The NY Times reviewer calls this a “woman’s movie.” This is incorrect. A couple can watch this together, and each will enjoy seeing how the man and woman in the movie think and feel differently. Second, about the ending. As Roger Ebert writes, the problem with the ending is that it is completely out of tune with the rest of the movie. It does not follow the arc of the movie. No cues or clues in the movie predict it. The screenwriter is excellent, and I don’t know why he did not change the ending. I am guessing the novelist did not give the screenwriter permission. Ignore this ending; create the correct ending yourselves.
One person found this helpful

Butterflymom54Reviewed in the United States on February 5, 2021
4.0 out of 5 stars
Good story
Verified purchase
This is a classic love story. It is well done with it's share of mistakes. It is best to just absorb the story and enjoy the Actors playing their parts. Relatively clean until a few G damns during a family argument. There is a sex scene which I fast forwarded through. Not a voguer. This is a complicated story of a man who is still grieving his wife over two years later. After her death he sends letters to her in a bottle which is found by a female who works at a news paper office. She hunts the writer down and we see all that happens after. The story is choppy in places and a challenge to endure as it is a drama. The ending is both sad and poignant but necessary and what the female writes about it is very lovely. I think Nicolas Sparks fans will get the movie. It is a classic love story. I recommend for adults. I think a man or a woman would get the movie. Would not say it is an enjoyable movie but a deep thinking story. :)
One person found this helpful

MarianneReviewed in the United States on November 26, 2018
5.0 out of 5 stars
A Good Movie But A Sad Ending
Verified purchase
I love Paul Newman, Robin Wright and Kevin Costner in this movie. Robin was fantastic. They were great in bringing this story to life with all the emotions of dealing with life, death and grieving and picking up the pieces to start a new life, but the ending was sad. They pulled me into every scene with the twists and turns in it. I hadn't read the book so the ending was a surprise to me. I love this movie but I was hoping Garret, Theresa, Jason and Dodge would be together as a family.
I am giving 5 stars for the actors but I didn't like the ending.. This movie made me laugh and cry. Four people found love and lost love in this movie. Finding love to only lose it, is not always the best for me but it was still a good movie. I don't regret buying it and would recommend it to others. That is a compliment to Paul, Robin and Kevin. It is their superb acting that made me want to buy the DVD and because of that, I have watched it several times.
4 people found this helpful

Oldie But GoodieReviewed in the United States on March 14, 2015
5.0 out of 5 stars
Wow! Beautiful, heartfelt story.
Verified purchase
"If some lives form the perfect circle, others take shape in ways we cannot predict or always understand. Loss has been a part of my journey, but it has also shown me that love is precious. So I've had a love for which I can only be grateful."

Soulful, romantic, gorgeous movie. The story will pull you in immediately and keep you in its grip until the final moment when the screen fades to black. The accompanying musical score is poignant and nostalgic. This Nicholas Sparks movie touched me in such a way that I was left breathless while sitting through the credits.

Robin Wright Penn and Kevin Costner have incredibly believable chemistry. I felt every aching moment when they were apart and all the warmth of their love when they were together. Their love deepens like a dream come true for all of us romantics out here. Even the devastating heartache, due to an heroic act, doesn't take away from the romance or the beauty of this drama. Would that I could know such a love as depicted in this amazing story.

This movie ranks right up there with Nights In Rodanthe and The Notebook (two other Nicholas Sparks gems). If you haven't seen either of those, be sure to order them as well.

MjmRkReviewed in the United States on May 27, 2021
1.0 out of 5 stars
not like the book
Verified purchase
the book was so GREAT... and people said "lets make it a movie"--but lets change EVERY. SINGLE. THING..... totally ruined it.. even Kevin Costner and Paul Newman couldnt save this boring and slow moving movie. They even ruined the ending..
2 people found this helpful

SassenachReviewed in the United States on August 19, 2014
3.0 out of 5 stars
Eh.
Verified purchase
It wasn't terrible, but it wasn't as good as some other Nicholas Sparks films either. I loved the performances by Robin Wright and Paul Newman; those two saved this film from a dismal one or two stars. Kevin Costner's affect is just so flat; he's such a one-dimensional actor. He kept pulling me out of the scenes with his cardboard acting, so the movie felt choppy and awkward for me. I love the idea of the story though - a man writes letters to his dead wife, helping him resolve his grief and emotional upheaval, and sends them in bottles out to the sea. I believe it would have been so much better with nearly anyone else but Kevin Costner.

On a technical note, I was very frustrated with the subtitles/closed captioning on this streaming video. I needed to see them, but they wouldn't stay up on the screen. The only way I could get the words to show up at all was if I rewound it. In rewinding, it would show the subtitles for about 3 lines of dialog and then disappear again. So I'd have to rewind again, just to catch what was said. This makes for a VERY long movie, even if it weren't boring to begin with. Why were the subtitles so erratic and unreliable?
One person found this helpful
See all reviews
Back to top
Get to Know Us
Make Money with Us
Amazon Payment Products
Let Us Help You
EnglishChoose a language for shopping. United StatesChoose a country/region for shopping.
© 1996-2022, Amazon.com, Inc. or its affiliates