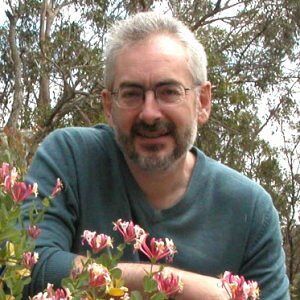 by Graham Storrs (Author)
5.0 out of 5 stars 2 ratings
See all formats and editions
Sorry, there was a problem loading this page. Try again.

Becoming a metaman was more of an escape from Ross McGowan's downward-spiralling life than a job he really wanted but years of isolation, degradation and drudgery in the service of the Post-Human Collective would give him plenty of time to regret the choice. The company of Tracey Lane, his magnificent captain and mentor, might have helped him through it, if the discovery of an ancient Martian technology hadn't thrown him into deadly peril and set Earth and the post-humans on the path of war. And crucial to everything that was happening, was the answer to Fermi's old question, "Where are all the aliens?"

Trapped millions of kilometres from home and pressed into service as a human guinea-pig for the post-humans as they pursue their desperate ambitions to escape Earth before the war escalates beyond control, Ross, ever haunted by the trauma of his past, steers a fine line between survival and revolt. As events around the post-humans evolve at breakneck speed, Ross and the other humans in the same predicament are branded collaborators by the governments of Earth and escape from the Post-Human Collective becomes a death sentence.

Metaman is the exciting new novel from best-selling science fiction writer, Graham Storrs, author of the highly-acclaimed Timesplash novels, the Placid Point novels, and many others.

Graham Storrs was raised in the city of Hull in Yorkshire, England. He studied psychology there and at the University of Surrey in Guildford before embarking on a career in artificial intelligence and human-computer interaction research. Later in life, he specialised in software design and his career took him from the UK to Switzerland and, eventually, Australia, where he now lives in a rural idyll with his wife Christine and a Tonkinese cat called Minsky.

Graham has always been a writer and published a large number of non-fiction pieces (including three children's science books) before focusing his energies on fiction. 2008 was a breakthrough year for him when he had his first science fiction short story accepted for publication. Since then he has sold many more stories and his début novel - a sci-fi thriller called Timesplash - was published in 2010 and became a best-seller. It was later released by Pan Macmillan/Momentum along with two sequels - True Path and Foresight - both shortlisted for an Aurealis Award. He has published a total of twenty novels and three short story collections.

Graham continues to write science fiction and is an avid reader of the genre. He is also the author of the Luke Kelly crime series. He devotes most of his time to writing now.