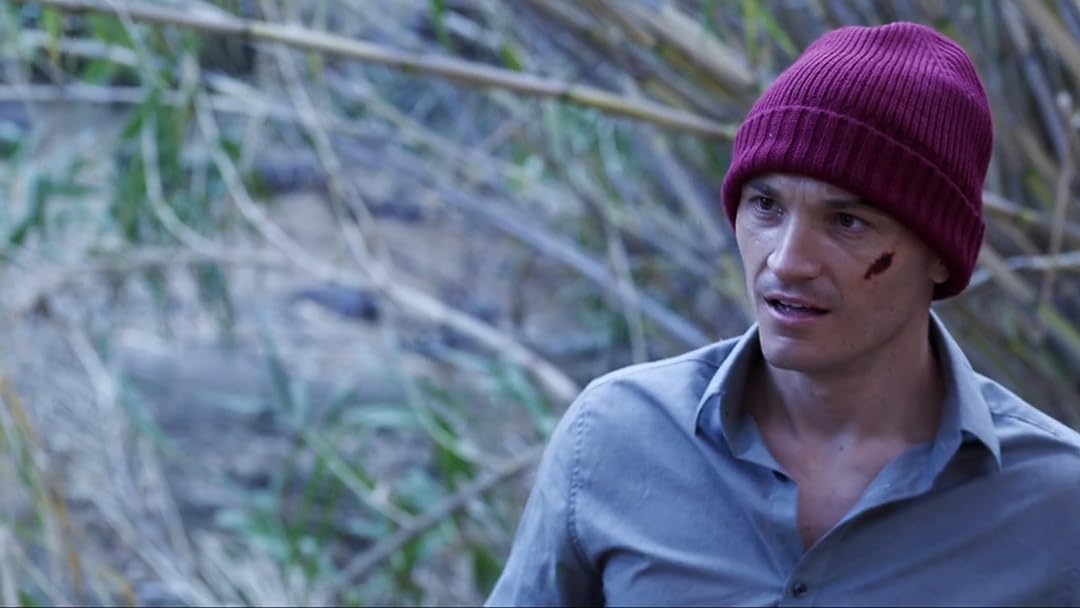 (66)
2.31 h 28 min202013+
When a meteor crashes into the moon and shifts its axis, Earth's gravity pulls the moon into the path of the planet. Now, a group of scientists must figure out how to stop the moon from hitting the earth before it's too late.

Justin AReviewed in the United States on July 5, 2021
5.0 out of 5 stars
Awesome screenplay!
Verified purchase
The acting, physics and military portrayal were spot on! This is the best movie ever! I can’t wait for the sequel when Jim and Paul move the sun away from the earth with only Lego pieces.
6 people found this helpful

GreystokeReviewed in the United States on September 14, 2021
1.0 out of 5 stars
Just move along here folks, nothing to see here, just move along.
Verified purchase
As a B movie junkie, I knew it could be bad and good too.
It wasn't.

This was the most anti-science movie I have ever experienced. No exceptions... so far.

It was just bad, and not just laughably bad, Bad as in, I get the impression no one working on this movie had any actual experience in movie making, no idea how to write dialogue and zero cares in how it turned out.

CGI was extraordinarily bad even for a Commodore OD machine from the '70's.
It was the plot that sucked me in though, that was the only stroke of genius in this entire abstract delusion of cinematic dalliance.

Not once scene was well performed, not a single set of of dialogue was well written or even given the benefit of being well read by the quasi-thespians recruited from the closes homeless shelter. (mid-drinking binge)
While the initial plot was a good idea, not a single scene was done in a way to support any connection to any sort reality, actual or alternative.

Seriously, you should take a pass on this tripe.
Just move along here folks, nothing to see here, just move along.

James CobbReviewed in the United States on February 10, 2022
1.0 out of 5 stars
absurdly BAD movie
Verified purchase
With a few exceptions, the vast majority of the dire situation seems based upon either scientifically impossible events or incredibly illogical human & governmental reactions to science facts. The entire plot includes a seemingly endless number of absurd assumptions and non-science. All the "science" in the movie could have been written by a 1st grade child -- it seems no one writing or editing the screen play knew anything about actual science. This does not qualify as "science fiction" -- the only science involved was some of the terminology that was twisted and use with no logic. If the movie was a project of a 1st grade class, I'd grade it as B+; if it was a project of a 3rd grade class, it might be worth a C+; for a 7th grade class it might receive a D-; but, as a class project for anyone 9th grade or more educated -- it would earn an "F" grade. Could a very large asteroid hit the moon and distrupt its orbit -- yes ... but nearly everything else in the movie is illogical and wrong. The acting was decent and the "production values" weren't too bad ... but the movie is NOT worth watching.

Eve G.Reviewed in the United States on June 27, 2021
1.0 out of 5 stars
There should be a C ranking for this movie.
Verified purchase
I love B movies, but everything about this was bad, not in a funny way though, just bad. I needed 3 days to get thru the whole thing because I could not take it all in one sitting. I was hoping that maybe in would redeem itself in the end... They kept playing the same lame background music. Awful script, awful acting, awful cinematography, awful plot, awful sound effects, awful background music. The one part I thought was funny was when the guy on the boat falls in trying to grab his fishing rod, and the person holding the camera (or someone partially responsible for this mess) puts their hand partially in the scene and starts pulling the rod back into the boat so they don't lose it! It looks like something some kids in middle school would put together. There should be a C ranking for B movies that should have been canceled and burned before completion. This movie would be in that list. I guess this movie is good for a few things. 1. You are a masochist and like pain. 2. You are a sadist and like to inflict pain on others. 3. Some form of disciplinary action for your kids instead of grounding them. Watch at your risk. You have been warned.
2 people found this helpful

Al GebraReviewed in the United States on June 2, 2021
1.0 out of 5 stars
Worse than awful!
Verified purchase
I like these extinction level event disaster movies. I accept the bad dialogue, poor acting, laughable special effects, etc but this was nearly unwatchable. Science fiction is one thing, this was science farce. The moon is drifting towards Earth... SMH. The cataclysmic repercussions of that happening would have ended all life on Earth less than 5 minutes into the movie and we wouldn't even get to the ludicrous notion of a localize black hole to pull the moon back into orbit. This deserves -8 stars
3 people found this helpful

Jim R.Reviewed in the United States on February 15, 2022
1.0 out of 5 stars
Lots of scientific words but no real knowledge of their actual use or what they signify.
Verified purchase
This crazy movie is totally unrealistic.
First, for an asteroid big enough to hit the moon and change it's orbit enough to impact the earth within hours, as depicted here, would have been detected years earlier.
Second, The whole thing seems like it comes from the mind of s rich spoiled kid who learned a few scientific terms and wasted his daddy's or grandpa's money to make this disaster of a movie.
This is far from a believable disaster movie. It is an unbelievable disaster of a movie!

MaraReviewed in the United States on October 31, 2021
1.0 out of 5 stars
WOW, This is BAD acting. BAD... really bad...
Verified purchase
Bored Sunday, Lazy, started to watch because even when bad... hey... how bad it can be just to fill some lazy hour? Ohhh, It IS Bad!!!! I couldn't finish watching, it is really, really painful to watch. The scrip makes no sense -3 hs for the Moon to hit the earth and while the TV shows like apocalyptic images, where the guys are is all gooooooood, all fineeeee, can even drive, LOL. Ugh. Children would shake the head. BAD, really BAD.
I Told you so.

Brian W. BoskindReviewed in the United States on November 5, 2021
1.0 out of 5 stars
AMAZON stop it with these total crap movies. Awful stay away. not even fun bad.
Verified purchase
WORST, I couldn't make it past 20 minutes and I love disaster movies. Just weirdly filmed. I am not even talking about the terrible CGI. the director deserves jail time for the minutes you will never get back. Actors stare at the camera or in directions that make it seem like they were never in the same room with each other. They make expressions that don't even fit what they are supposedly going through.
See all reviews
Back to top
Get to Know Us
Make Money with Us
Amazon Payment Products
Let Us Help You
EnglishChoose a language for shopping. United StatesChoose a country/region for shopping.
© 1996-2022, Amazon.com, Inc. or its affiliates