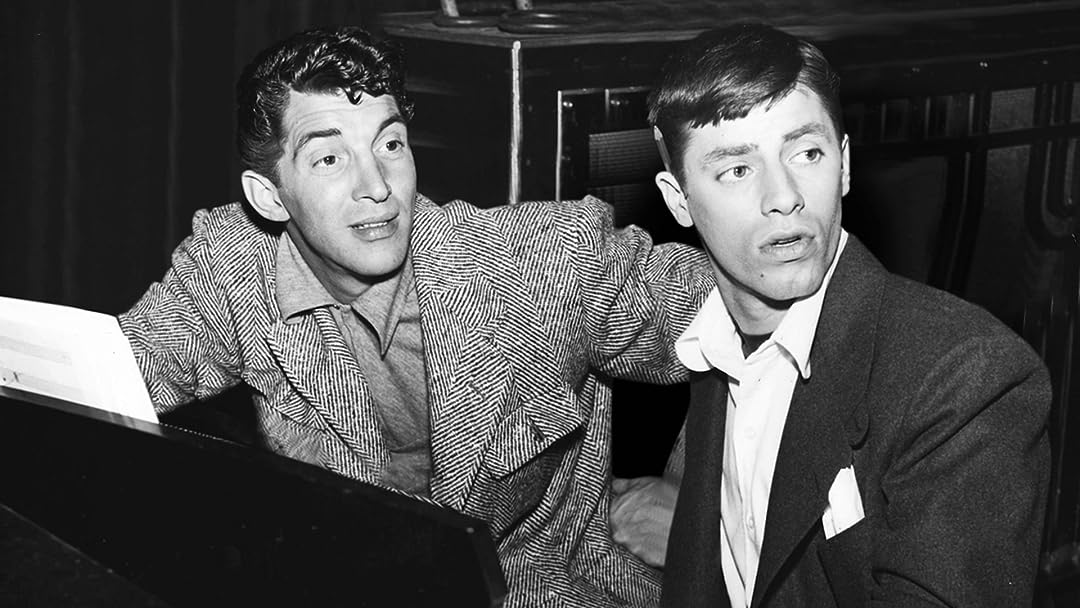 Method to the Madness of Jerry Lewis

A. Film LoverReviewed in the United States on September 28, 2021
5.0 out of 5 stars
How had I missed this?
Verified purchase
I knew nothing of this documentary and it was so nice to finally see something about Jerry that was positive - it's become very fashionable to just be negative about him and knock him. Lots of talking heads - some good, some questionable (Quentin Tarantino???), but some loving tributes and a LOT of Jerry. People just seem to want to forget just how popular he was, just what a pioneer he was. The documentary, close to two hours, flies by and I highly recommend it.
2 people found this helpful

Patrick McConnellReviewed in the United States on March 15, 2013
5.0 out of 5 stars
The Energizer Bunny -- Has nothin' on Him!
Verified purchase
I wish I was as "Mad" and had the ability to make the world a better, more happy, place -- as Mr. Lewis keeps managing to do.

I have always had a special place in my heart, that would never have been filled, had Jerry not existed. This film montage of an exceptional life, lived spreading childlike wonder, is as close as I've come to seeing this exceptional human being and his many faces. I wish I could kiss him on both cheeks (on his face) and stare into his eyes to convey the gratitude I feel for being one of the millions of people who have received his gift of exuberance and laughs. It's gratifying to know that I'm not the only one who's life was changed by him; JFK, Spielberg, Woody Harrelson, Seinfeld -- to name a few.

I had an unfortunately dreary childhood that was immeasurably uplifted by consummate entertainers, Jerry Lewis being the primary one. And he not only doled out happiness, he invested himself into the work of the Muscular Dystrophy Association.

I can't wait to see him in the new film "Max Rose", hopefully being released in 2013. Still a creative volcano of imagination in his 80's, with more to give us all.

If you think you know about him, or if you are just being introduced to him(hard to believe), you'll enjoy this brand new mirror on his insatiably dynamic Madness.

LcurveyReviewed in the United States on October 7, 2021
5.0 out of 5 stars
Very nostalgic and nice reminder of how talented Jerry Lewis was
Verified purchase
Really complimentary documentary to remind us of the amazing work Jerry Lewis did in light of the negative press he may have gotten later in his career. He was still a landmark trailblazer and he should be remembered for that also.

Lou VascekReviewed in the United States on November 16, 2021
5.0 out of 5 stars
Wow- lots of things about Jerry I did not know
Verified purchase
I adore Jerry- and the people who made this film did too. Simply loved it. Always knew Jerry was a very big show biz person- but did not realize the amazing width and depth of his success or even how much talent and hard work he embodies. Just loved this.

hunter12Reviewed in the United States on August 24, 2017
5.0 out of 5 stars
The great and funny jerry lewis
Verified purchase
This week he passed away at 91. My favorite memory of him was his "hey lady" he was great with dean and he got wings for helping so many kid s. He will be missed.

Sandy SaroukosReviewed in the United States on December 22, 2019
5.0 out of 5 stars
Great
Verified purchase
Great
See all reviews
Back to top
Get to Know Us
Make Money with Us
Amazon Payment Products
Let Us Help You
EnglishChoose a language for shopping. United StatesChoose a country/region for shopping.
© 1996-2022, Amazon.com, Inc. or its affiliates