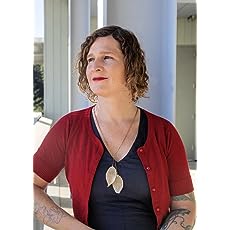 micha cárdenas, PhD, is Assistant Professor of Art & Design: Games and Playable Media and Critical Race and Ethnic Studies at the University of California, Santa Cruz, where she directs the Critical Realities Studio. Her forthcoming book, Poetic Operations (Duke 2021), proposes algorithmic analysis as a means to develop a trans of color poetics. cárdenas' co-authored books The Transreal: Political Aesthetics of Crossing Realities (2012) and Trans Desire / Affective Cyborgs (2010) were published by Atropos Press. She co-edits the book series "Queer/Trans/Digital" at NYU Press with Amanda Phillips and Bo Ruberg. Her artwork has been described as "a seminal milestone for artistic engagement in VR" by the Spike art journal in Berlin. She is a first generation Colombian American, born in Miami.

cárdenas is an artist/theorist who was the winner of the 2020 Impact Award from Indiecade and the 2016 Creative Award from the Gender Justice League. She was the recipient of the inaugural Otherwise Fellowship in 2014, a fellowship to provide support and recognition for the new voices in science fiction who are making visible the forces that are changing our view of gender today.

She is a member of the artist collective Electronic Disturbance Theater 2.0. Her solo and collaborative artworks have been presented in museums, galleries, and biennials including Transmediale (2021), the alt_cph Copenhagen Biennial (2020), Thessaloniki Biennial (2019), Museum of Contemporary Art, Chicago (2018); House of Electronic Arts Basel (2018); Zeppelin Museum Friedrichshafen (2018); Henry Art Gallery (2017); the Museum of Modern Art, New York (2015); ZKM Center for Art and Media, Karlsruhe (2014); the Art Gallery of Ontario, Toronto (2014); Los Angeles Contemporary Exhibitions (2011); Centro Cultural del Bosque, Mexico City (2015); CECUT, Centro Cultural Tijuana, Mexico (2009); the Zero1 Biennial, San Jose, CA (2012); and the California Biennial, Newport Beach, CA (2010). She has given keynote talks at the Allied Media Conference, the Association of Internet Researchers, the Digital Gender Conference at Umea University in Sweden, the Dark Side of the Digital Conference, and the Vera List Center at the New School in New York. She a member of the editorial boards for Art Journal and Art Journal Open.

cardenas' poetry has appeared in the anthologies Troubling the Line, The &Now Awards 3, Trans Bodies, Trans Selves and Writing the Walls Down. She has published book chapters in Plants, Androids and Operators - A Post-Media Handbook, Gender Outlaws: The Next Generation, Queer Geographies, The Critical Digital Studies Reader and the Feminist and Queer Information Studies Reader. Her articles have been published in Transgender Studies Quarterly, GLQ, CTheory, the Media-N Journal, the Ada Journal of Gender, New Media and Technology, The Journal of Popular Music Studies, and the AI & Society Journal, as well as the magazines Mute, No More Potlucks, and Make/Shift Magazine.
Read more 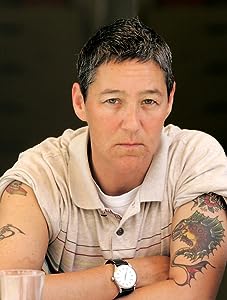 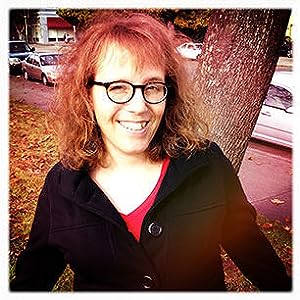 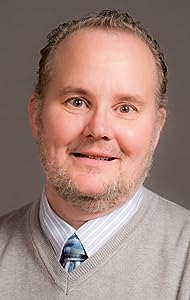 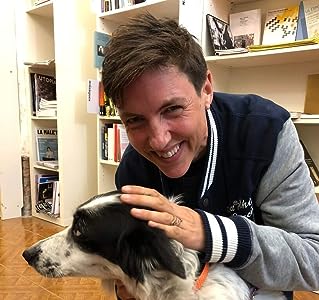 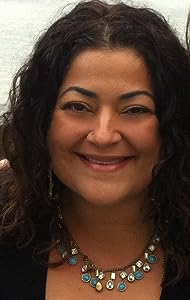 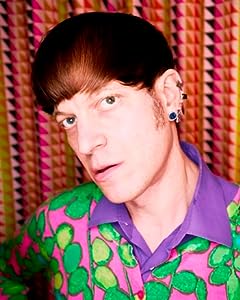 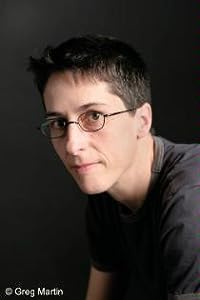 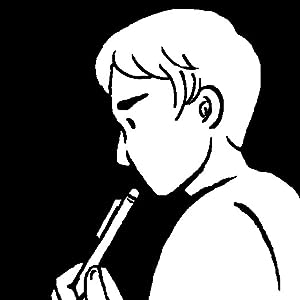 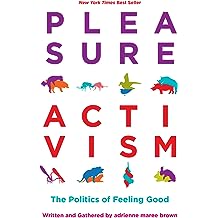 How do we make social justice the most pleasurable human experience? How can we awaken within ourselves desires that make it impossible to settle for anything less than a fulfilling life? Editor adrienne maree brown finds the answer in something she calls "Pleasure Activism," a politics of healing and happiness that explodes the dour myth that changing the world is just another form of work. Drawing on the black feminist tradition, including Audre Lourde's invitation to use the erotic as power and Toni Cade Bambara's exhortation that we make the revolution irresistible, the contributors to this volume take up the challenge to rethink the ground rules of activism. Writers including Cara Page of the Astraea Lesbian Foundation For Justice, Sonya Renee Taylor, founder of This Body Is Not an Apology, and author Alexis Pauline Gumbs cover a wide array of subjects—from sex work to climate change, from race and gender to sex and drugs—they create new narratives about how politics can feel good and how what feels good always has a complex politics of its own.

Building on the success of her popular Emergent Strategy, brown launches a new series of the same name with this volume, bringing readers books that explore experimental, expansive, and innovative ways to meet the challenges that face our world today. Books that find the opportunity in every crisis! 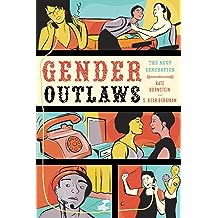 Gender Outlaws: The Next Generation Aug 31, 2010
by Kate Bornstein, S. Bear Bergman
( 90 )
$12.99
In the 15 years since the release of Gender Outlaw, Kate Bornstein's groundbreaking challenge to gender ideology, transgender narratives have made their way from the margins to the mainstream and back again. Today's transgenders and other sex/gender radicals are writing a drastically new world into being. In Gender Outlaws, Bornstein, together with writer, raconteur, and theater artist S. Bear Bergman, collects and contextualizes the work of this generation's trans and genderqueer forward thinkers -- new voices from the stage, on the streets, in the workplace, in the bedroom, and on the pages and websites of the world's most respected mainstream news sources. Gender Outlaws includes essays, commentary, comic art, and conversations from a diverse group of trans-spectrum people who live and believe in barrier-breaking lives.
Read more
Other Formats: Paperback 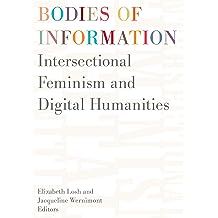 A wide-ranging, interconnected anthology presents a diversity of feminist contributions to digital humanities

In recent years, the digital humanities has been shaken by important debates about inclusivity and scope—but what change will these conversations ultimately bring about? Can the digital humanities complicate the basic assumptions of tech culture, or will this body of scholarship and practices simply reinforce preexisting biases? Bodies of Information addresses this crucial question by assembling a varied group of leading voices, showcasing feminist contributions to a panoply of topics, including ubiquitous computing, game studies, new materialisms, and cultural phenomena like hashtag activism, hacktivism, and campaigns against online misogyny.

Taking intersectional feminism as the starting point for doing digital humanities, Bodies of Information is diverse in discipline, identity, location, and method. Helpfully organized around keywords of materiality, values, embodiment, affect, labor, and situatedness, this comprehensive volume is ideal for classrooms. And with its multiplicity of viewpoints and arguments, it’s also an important addition to the evolving conversations around one of the fastest growing fields in the academy. 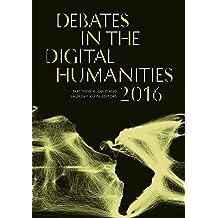 Pairing full-length scholarly essays with shorter pieces drawn from scholarly blogs and conference presentations, as well as commissioned interviews and position statements, Debates in the Digital Humanities 2016 reveals a dynamic view of a field in negotiation with its identity, methods, and reach. Pieces in the book explore how DH can and must change in response to social justice movements and events like #Ferguson; how DH alters and is altered by community college classrooms; and how scholars applying DH approaches to feminist studies, queer studies, and black studies might reframe the commitments of DH analysts. Numerous contributors examine the movement of interdisciplinary DH work into areas such as history, art history, and archaeology, and a special forum on large-scale text mining brings together position statements on a fast-growing area of DH research. In the multivalent aspects of its arguments, progressing across a range of platforms and environments, Debates in the Digital Humanities 2016 offers a vision of DH as an expanded field—new possibilities, differently structured.

Published simultaneously in print, e-book, and interactive webtext formats, each DH annual will be a book-length publication highlighting the particular debates that have shaped the discipline in a given year. By identifying key issues as they unfold, and by providing a hybrid model of open-access publication, these volumes and the Debates in the Digital Humanities series will articulate the present contours of the field and help forge its future. 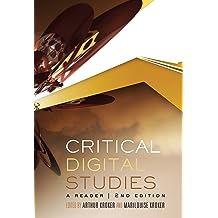 Since its initial publication, Critical Digital Studies has proven an indispensable guide to understanding digitally mediated culture. Bringing together the leading scholars in this growing field, internationally renowned scholars Arthur and Marilouise Kroker present an innovative and interdisciplinary survey of the relationship between humanity and technology. The reader offers a study of our digital future, a means of understanding the world with new analytic tools and means of communication that are defining the twenty-first century.

The second edition includes new essays on the impact of social networking technologies and new media. A new section – “New Digital Media” – presents important, new articles on topics including hacktivism in the age of digital power and the relationship between gaming and capitalism. The extraordinary range and depth of the first edition has been maintained in this new edition. Critical Digital Studies will continue to provide the leading edge to readers wanting to understand the complex intersection of digital culture and human knowledge.