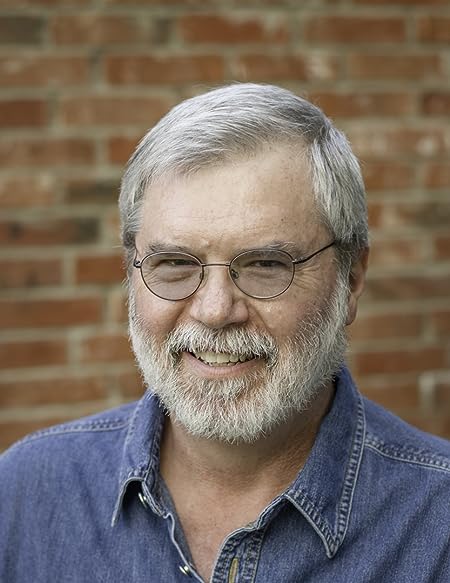 Although Michael Bracken is the author of several books—including the hardboiled private eye novel "All White Girls" and the young adult romance "Just in Time for Love"—he is best known as the author of more than 1,300 short stories. He has written in nearly every genre but has been most successful with women's fiction and hardboiled crime fiction, two genres that couldn't be more unalike.

Michael is editor of several crime fiction anthologies, including the Anthony Award-nominated The Eyes of Texas: Private Eyes from the Panhandle to the Piney Woods and the three-volume Fedora series, and stories from his anthologies have received or been short-listed for the Anthony, Derringer, Edgar, Macavity, Shamus, and Thriller awards.

Additional information about Michael, including a selected bibliography and his speaking schedule, is available at: www.CrimeFictionWriter.com. He is one of a rotating group of crime fiction writers who blog at SleuthSayers.org. 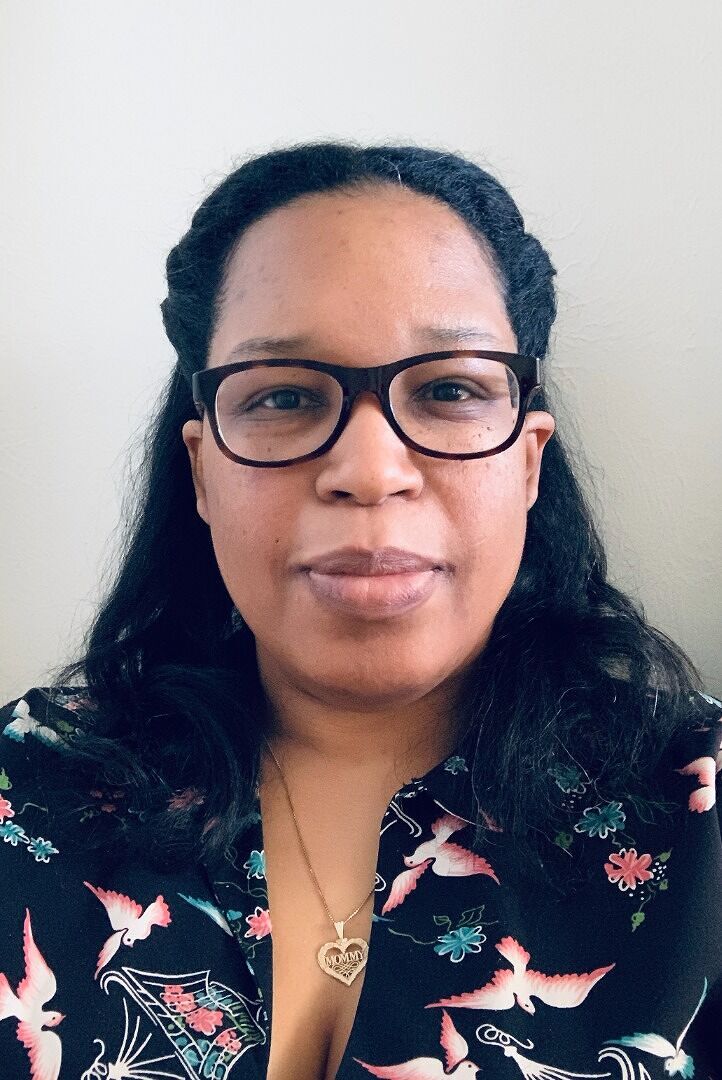 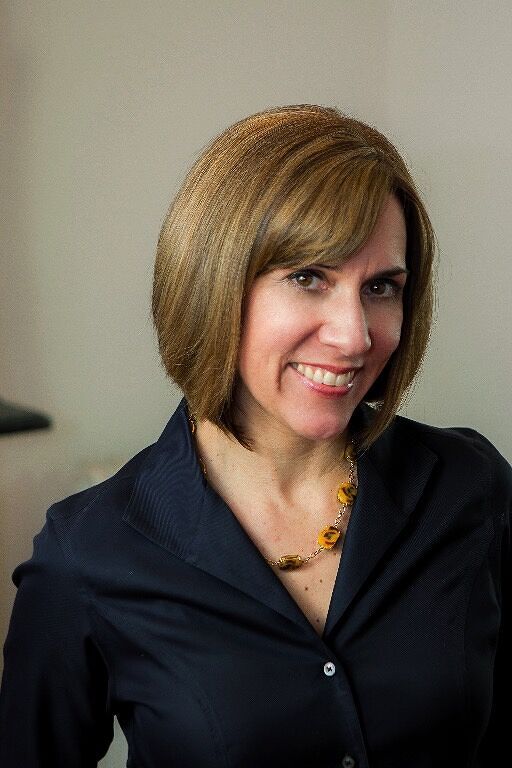 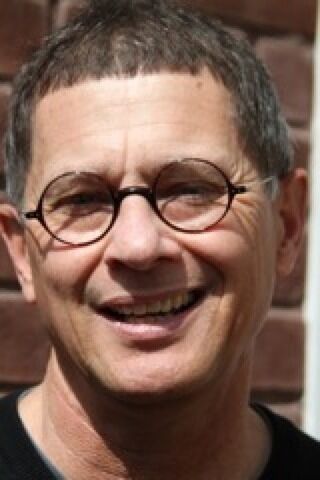 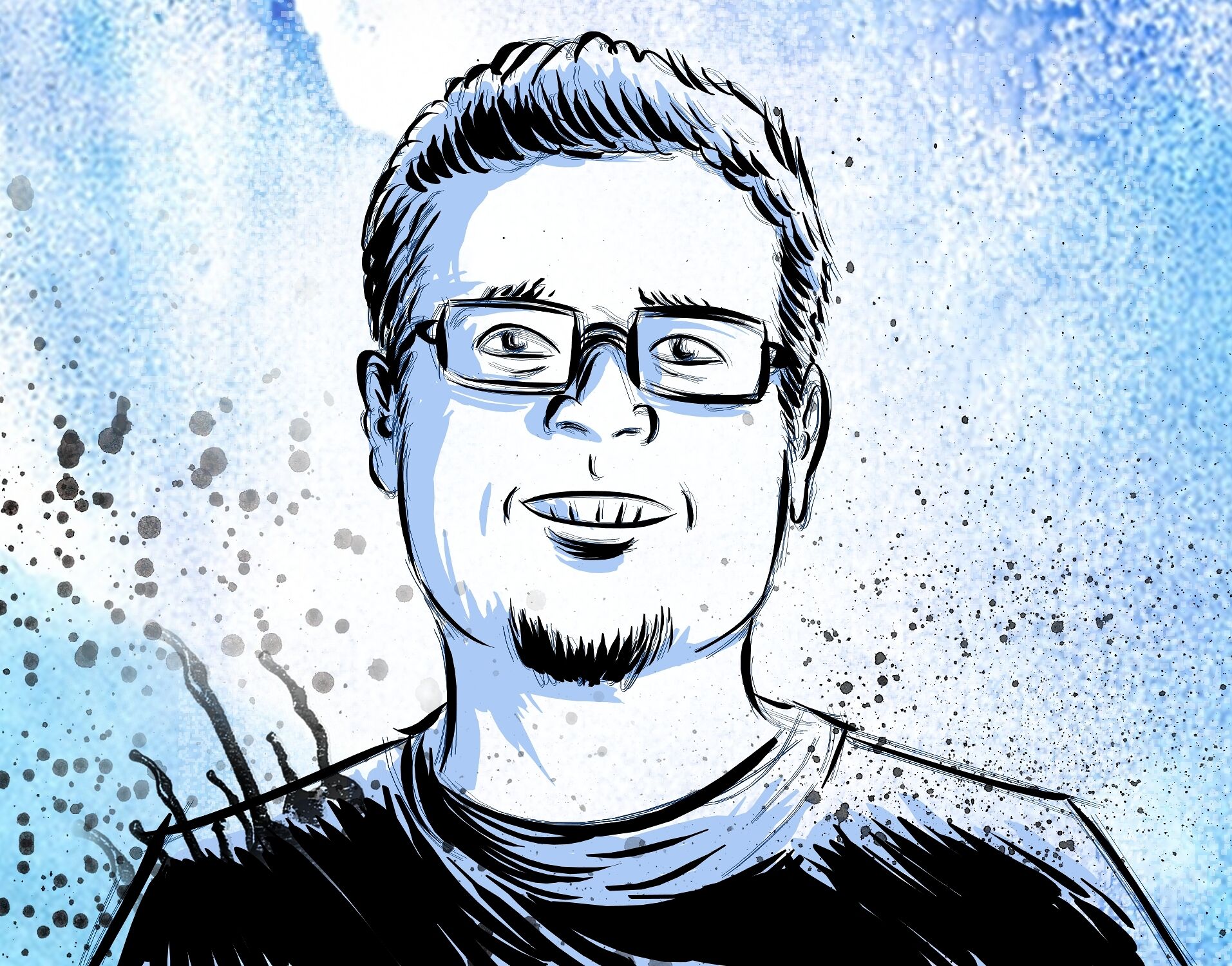 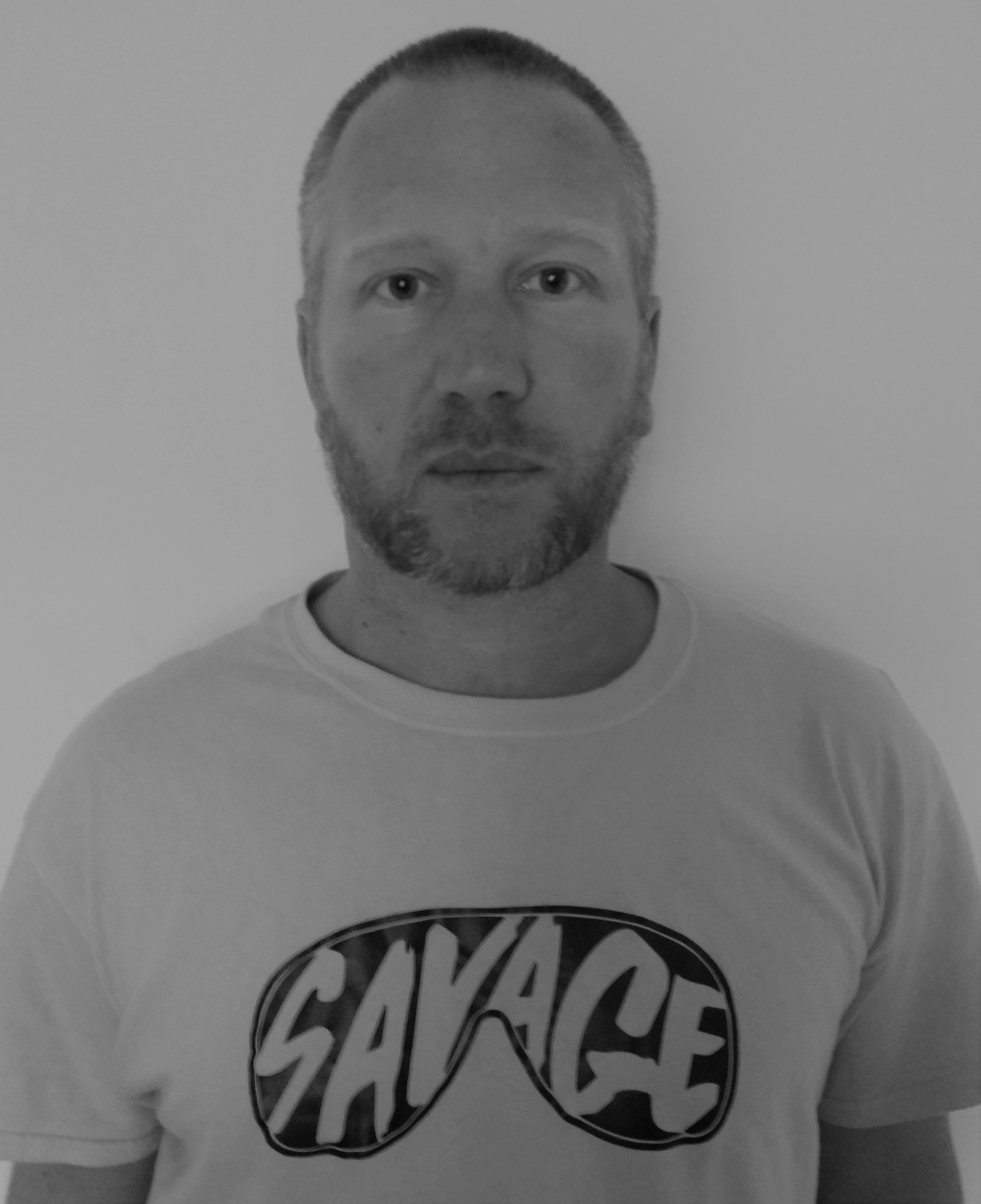 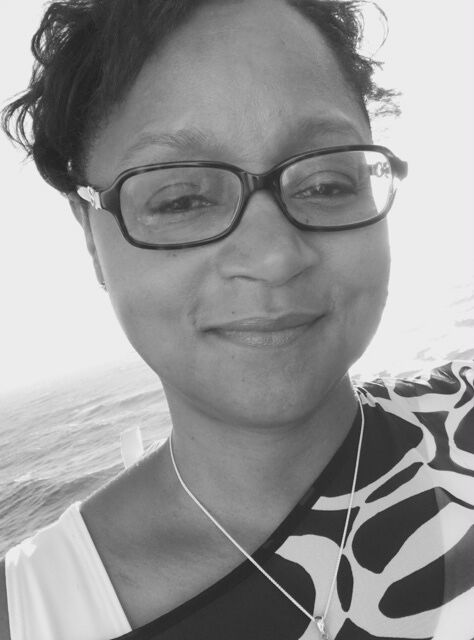 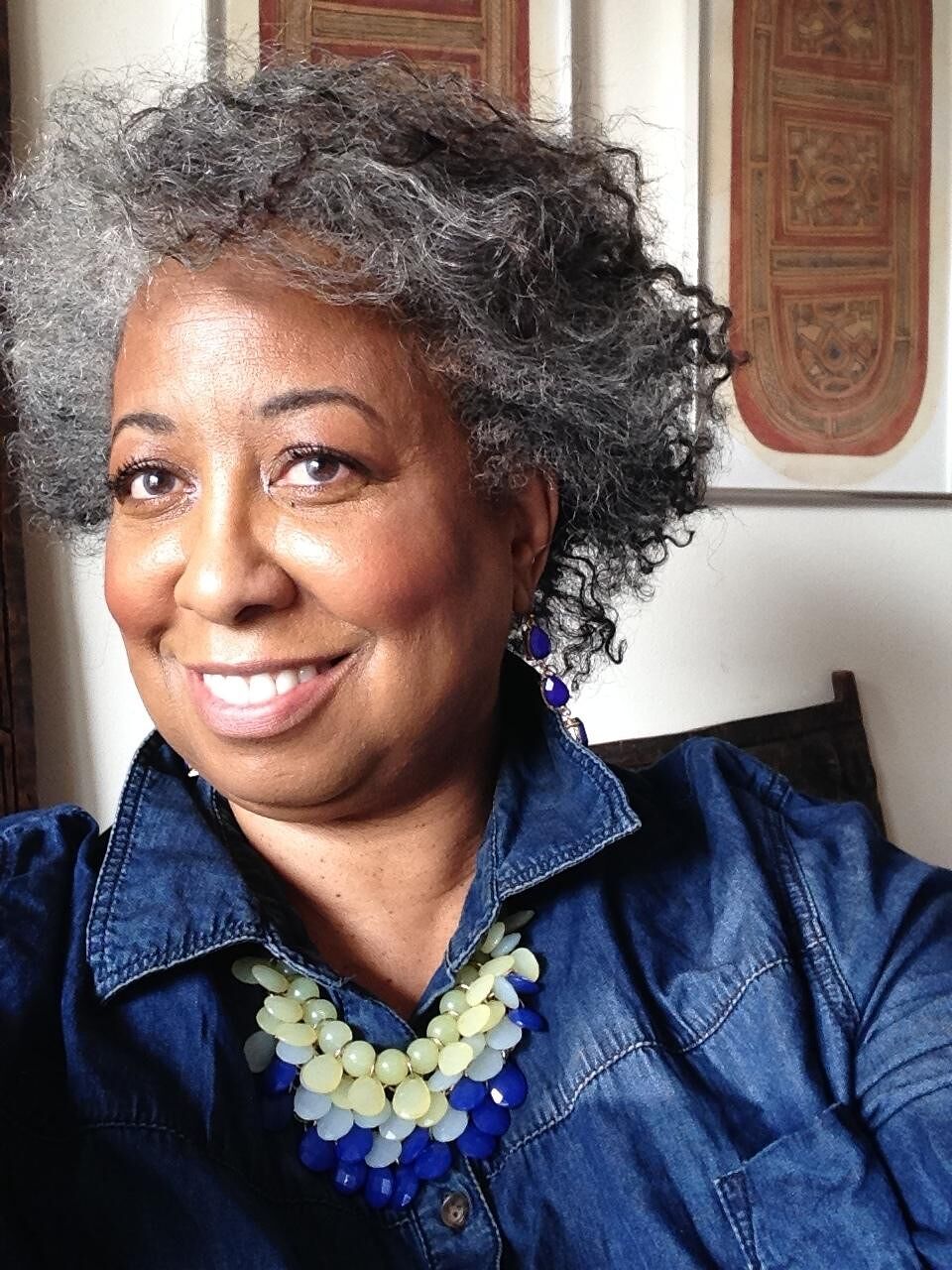 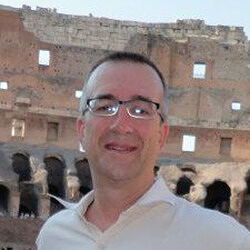 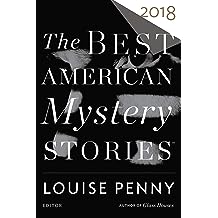 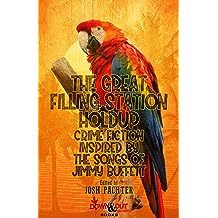 In The Great Filling Station Holdup, editor Josh Pachter presents sixteen short crime stories by sixteen popular and up-and-coming crime writers, each story based on a song from one of the twenty-nine studio albums Jimmy has released over the last half century, from Leigh Lundin’s take on “Truckstop Salvation” (which appeared on Jimmy’s first LP, 1970’s Down to Earth) to M.E. Browning’s interpretation of “Einstein Was a Surfer” (from 2013’s Songs from St. Somewhere).

If you love Jimmy’s music or crime fiction or both, you’ll love The Great Filling Station Holdup. Mix yourself a boat drink, ask Alexa to put on a buffet of Buffett tunes, kick back, and enjoy!

Down to Earth (1970)
“Truckstop Salvation” by Leigh Lundin

Songs From St. Somewhere (2013)
“Einstein Was a Surfer” by M.E. Browning
Read more
Other Formats: Paperback 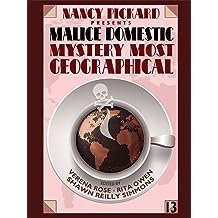 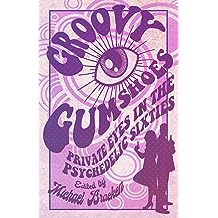 Groovy Gumshoes: Private Eyes in the Psychedelic Sixties Apr 11, 2022
by Michael Bracken
( 6 )
$3.99
The Sixties were a time of great cultural upheaval, when long-established social norms were challenged and everything changed: from music to fashion to social mores. And the Leave It to Beaver households in Middle America didn’t know what to make of it all.

In the midst of this, private eyes tried to understand and bridge the generational divide while providing their clients with legal and extra-legal detecting services. 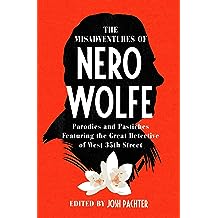 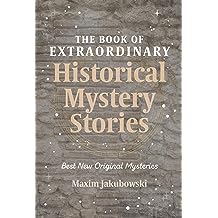 Your New Favorite Book of Mysteries

Some of the Best New Mysteries: The Book of Extraordinary Historical Mystery Stories features outstanding new stories of crime, dering do, fast-paced adventures and puzzles set in the past, ranging widely over the centuries and offering a cornucopia of mysteries, dark deeds, investigations and a fascinating array of investigators both professional and amateur.

Never-Before-Seen Stories from Your Favorite Mystery Authors: Collected by one of the genre's eminent editors, Maxim Jakubowski, whose many anthologies like The Mammoth Book of the Adventures of Professor Moriarty have attracted attention and awards, The Book of Extraordinary Historical Mystery Stories features never before seen stories by some of the most renowned American and British crime and thriller authors of today, and includes Linda Stratmann, Amy Myers, Lavie Tidhar, Jane Finnis, O'Neil de Noux, Ashley Lister, Eric Brown, Kate Ellis, A.K. Benedict and many others. 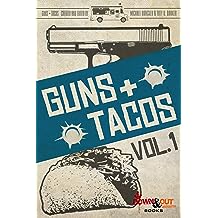 Guns + Tacos Vol. 1 (Guns + Tacos Compilation Volumes) Jan 18, 2020
by Michael Bracken, Gary Phillips, Frank Zafiro, Trey R. Barker
( 2 )
$5.99
There’s a taco truck in Chicago known among a certain segment of the population for its daily specials. Late at night and during the wee hours of the morning, it isn’t the food selection that attracts customers, it’s the illegal weapons available with the special order.

Each episode of Guns & Tacos features the story of one Chicagoland resident who visits the taco truck seeking a solution to life’s problems, a solution that always comes in a to-go bag.

Episode 3: “A Gyro and a Glock” by Frank Zafiro.

Episodes 4-6 of Season One are featured in Guns + Tacos Vol. 2.
Read more
Other Formats: Paperback 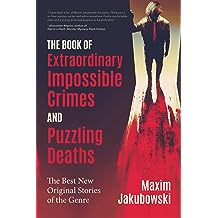 The Book of Extraordinary Impossible Crimes and Puzzling Deaths: The Best New Original Stories of the Genre (Mystery & Detective Anthology) (The Series of Extraordinary Mystery Stories) Jun 16, 2020
by Maxim Jakubowski
( 34 )
$13.87

Some of the Latest and Best from the Whodunnit Genre

“...simply the best short mystery and crime fiction of the year and a real treat for crime-fiction fans.” ―Leonard Carpenter, author of the Conan the Barbarian books and Lusitania Lost

The Book of Extraordinary Impossible Crimes and Puzzling Deaths is the latest collection from legendary murder mystery editor and writer Maxim Jakubowski. Filled with impossible murders and puzzling plot twists that keep your eyes on the page and brain on the mysteries until the last page.

Clever fictional crime stories. Some of mystery fiction's most inventive talents from the USA and UK offer a series of brand-new ingenious murder stories that will have you scratching your brow until the very last minute and delighting in Machiavellian solutions. Enjoy the third volume in Mango's innovative collections of the best crime stories fiction has to offer.

Enigmas and puzzling plot twists. Crime mystery fiction can be full of impenetrable conundrums and endless question marks when the story itself becomes a reality-defying puzzle for the sleuth to solve. A murder has been committed but how could it have happened? Was the room locked from the inside? Why does the body show no sign of violence? Where is the murder weapon?

A fan of Maxim Jakubowski’s The Book of Extraordinary Historical Mystery Stories and The Book of Extraordinary Amateur Sleuth and Private Eye Stories? Reader of books such as Best American Mystery Stories 2018, Her Body and Other Parties, or The Big Book of Female Detectives? A movie goer who liked Clue or Knives Out? Jakubowski’s latest book is for you. 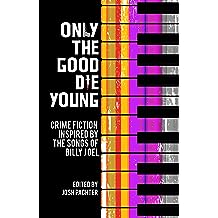 In this collection, twelve award-winning writers of short crime fiction tackle the Joel catalog, and the result—edited by Josh Pachter, whose The Beat of Black Wings: Crime Fiction Inspired by the Songs of Joni Mitchell earned rave reviews in 2020—is a journey down life’s mean streets with a soundtrack by one of the great singer-songwriters of our time, and contributors Michael Bracken, Jeff Cohen, David Dean, John M. Floyd, Barb Goffman, James D.F. Hannah, Richard Helms, Robert Lopresti, Jenny Milchman, Terrie Farley Moran, Richie Narvaez, and Pachter himself are donating a third of their royalties to support the work of the Joel Foundation.

In the Gospel According to Billy, only the good die young. Within these pages, though, Death is an equal-opportunity exterminator, and the stories you’ll find here don’t just hit the charts: they go all the way to Number One … with a bullet!
Read more
Other Formats: Paperback 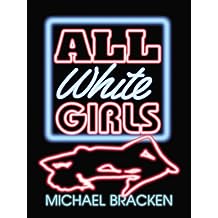 All White Girls Mar 13, 2009
by Michael Bracken
( 12 )
$3.99
They're dying in the fleshpits in the Windy City. They're all white girls. One young woman is missing. Another is dead. They were drawn to the Windy City like moths to a flame, but the city's bright lights can't illuminate every dark corner. Hidden in the alleys and back streets and in a three-block long stretch of strip clubs and adult book stores are the men who prey on young women like these: the pedophiles, pimps, and pornographers.

"ALL WHITE GIRLS is a one-sitting, in-your-face, rapid-fire, hard-boiled mystery: and it's damn good.... This is not a book to lend to your mother (at least not my mother). ALL WHITE GIRLS is full of sexual depravity. But oh is it fun!"--David Meerman Scott, I Love A Mystery Newsletter.

"...this is one of the best pieces of hard-boiled fiction I've read in a long time. It's lean, it's short, and it left me feeling like I'd been dumped in an alley behind one of strip clubs in the story. 'All White Girls' is a sorely needed reinvention of the tired serial killer tale."
--James Winter, Plots With Guns!
Read more
Other Formats: Hardcover , Paperback 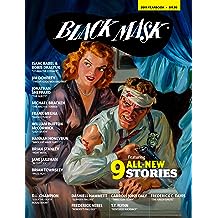 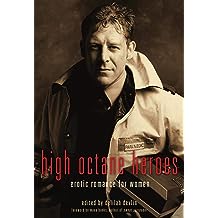 Get ready for high-octane, smoldering-hot adventures, featuring these “super alpha” heroes and the strong women who wage heated battles for their hearts. In “Besieged,” a special forces soldier rescues his lover from an embassy takeover. In “The Star,” an American Air Force pilot and a grieving British woman find solace in each other’s arms. A sexy SWAT team leader saves a rookie during a bungled undercover assignment in “Renegade.” And get ready for an undercover cop who flexes more than his “Big Guns.” Set in war-torn regions of the world and in your own neighborhoods, High Octane Heroes delivers passion, danger and heart.
Read more
Other Formats: Audible Audiobook , Paperback