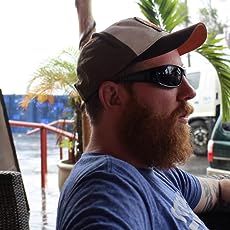 Born in 1976, Michael moved from his home town of Levittown, Pennsylvania to Colorado in 1997 to begin a new life. There he worked as a truck driver for a local dairy before enlisting into the Marine Corps shortly after the events of 9/11 to help support the United States in the global war on terrorism.

Upon graduating MCRD San Diego in 2002, he was assigned to 3rd Battalion, 10th Marines as a field artillery cannoneer, deploying to Okinawa (2003) and Iraq (2005) with Regimental Combat Team 2, where he served as a provisional rifle company squad leader.

Upon returning from Iraq, Sgt. Golembesky made a lateral move in primary MOS (Military Occupational Specialty) to become a Fire Support Man (0861). He served his following two deployments attached to 2nd Battalion, 2nd Marines as a forward observer and Fire Support Chief as part of the 26th Marine Expeditionary Unit (2006) and Task Force 2/2 in Iraq (2008).

Honorably discharged in Oct. 2010 after eight years of military service, Michael, along with his wife Sabrina and daughter, returned home to Colorado where he works as a defense contractor and writer. 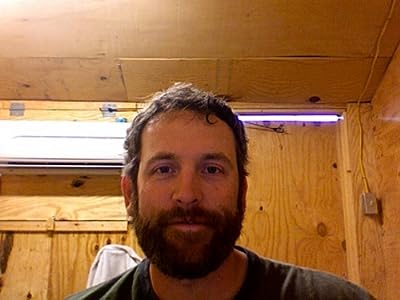 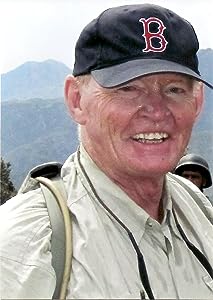 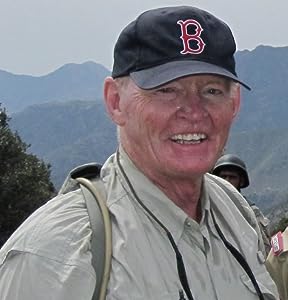 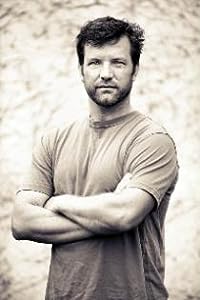 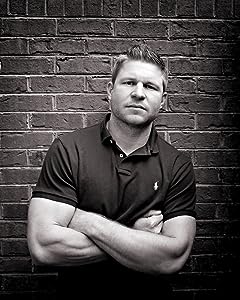 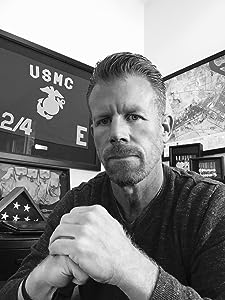 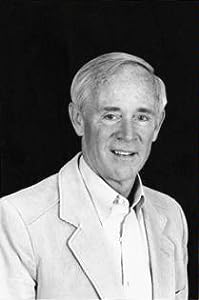 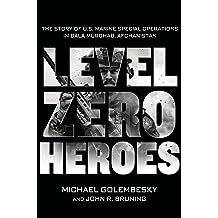 In Level Zero Heroes, Michael Golembesky follows the members of U.S. Marine Special Operations Team 8222 on their assignment to the remote and isolated Taliban stronghold known as Bala Murghab as they conduct special operations in an effort to break the Taliban's grip on the Valley. What started out as a routine mission changed when two 82nd Airborne Paratroopers tragically drowned in the Bala Murghab River while trying to retrieve vital supplies from an air drop that had gone terribly wrong. In this one moment, the focus and purpose of the friendly forces at Forward Operating Base Todd, where Team 8222 was assigned, was forever altered as a massive clearing operation was initiated to break the Taliban's stranglehold on the valley and recover the bodies.

From close-quarters firefights in Afghan villages to capturing key-terrain from the Taliban in the unforgiving Afghan winter, this intense and personal story depicts the brave actions and sacrifices of MSOT 8222. Readers will understand the hopelessness of being pinned down under a hail of enemy gunfire and the quake of the earth as a 2000 lb. guided bomb levels a fortified Taliban fighting position.
A powerful and moving story of Marine Operators doing what they do best, Level Zero Heroes brings to life the mission of these selected few that fought side-by-side in Afghanistan, in a narrative as action-packed and emotional as anything to emerge from the Special Operations community contribution to the Afghan War. 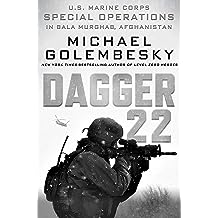 Level Zero Heroes, Michael Golembesky's bestselling account of Marine Special Operations Team 8222 in Bala Murghab, Afghanistan, was just the beginning for these now battle-hardened special operations warriors.
The unforgiving Afghan winter has settled upon the 22 men of Marine Special Operations Team 8222, callsign Dagger 22, in the remote and hostile river valley of Bala Murghab, Afghanistan. The Taliban fighters in the region would have liked nothing more than to once again go dormant and rest until the new spring fighting season began. No chance of that—this winter would be different.
Along with Afghan and International Security Forces (NATO), the Marines of Dagger 22 continued their fight throughout the harsh winter to shape the battlefield before the Afghan ground began to thaw. From one firefight to the next, the noose began to tighten around the village of Daneh Pasab and the Taliban command cell operating there. On April 6, 2010, a ground force consisting of U.S. Army Special Forces, Afghan Commandos and Marine Corps special operations conducted a night assault to destroy the heavily entrenched Taliban force, breaking their grip on the valley and stopping the spring offensive before it even began.
But nothing in Bala Murghab comes easily as combat operations wear on the operators of Dagger 22 as they lean on each other once again in order to complete their mission in one of the most brutal environments on earth. 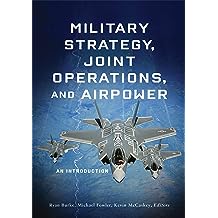 Military Strategy, Joint Operations, and Airpower will introduce readers to contemporary strategy and the operational level of war, particularly as it relates to airpower.

This intermediate textbook was developed as required reading for all US Air Force Academy cadets, and is designed to close the gap between military theory and military practice. It asks readers to reconceive of the military as a “profession of effects” rather than as a profession of arms because much of the military's work and impact no longer involves kinetic warfare.

The book covers strategic foundations; operational design and joint-service operations; the air, space, and cyber capabilities that make up modern airpower; and contemporary challenges in the application of strategy. The contributing authors include both military practitioners and scholars of security studies, political science, and history.

In addition to being required reading for Air Force Academy cadets, the book will provide an essential overview of strategy and practice for anyone interested in modern airpower and the joint operating environment. 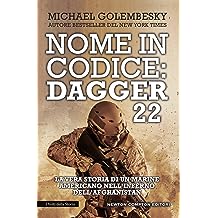