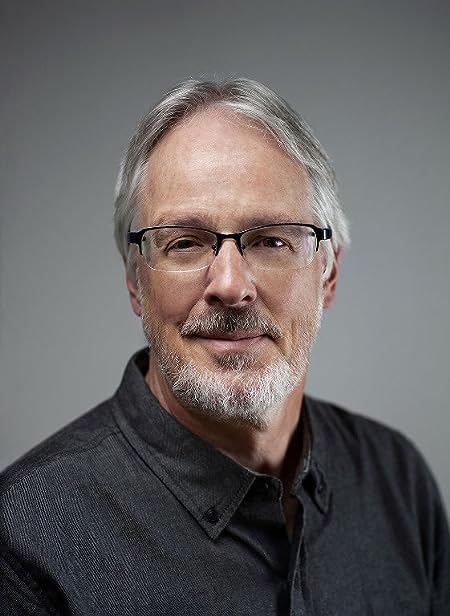 Michael Niemann grew up in a small town in Germany, ten kilometers from the Dutch border. Crossing that border often at a young age sparked in him a curiosity about the larger world. He studied political science at the Rheinische Friedrich-Wilhelms Universität in Bonn and international studies at the University of Denver.

His thrillers featuring UN investigator Valentin Vermeulen are published by Coffeetown Press. Legitimate Business and Illicit Trade were published in March 2017. Illegal Holdings came out in March 2018, and No Right Way went on sale in June 2019. Illegal Holdings won the 2019 Silver Falchion Award for Best Thriller at Killer Nashville. The fifth Vermeulen thriller, Percentages of Guilt is due for publication November 10, 2020.

His short stories have appeared in Vengeance, the 2012 Mystery Writers of America anthology edited by Lee Child, and Mysterical-E. "Africa Always Needs Guns," "Big Dreams Cost Too Much" and "Some Kind of Justice" are now available as Kindle singles. 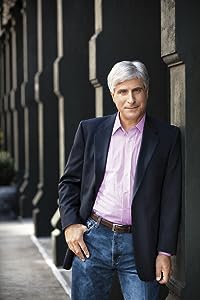 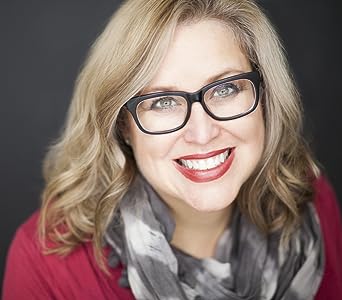 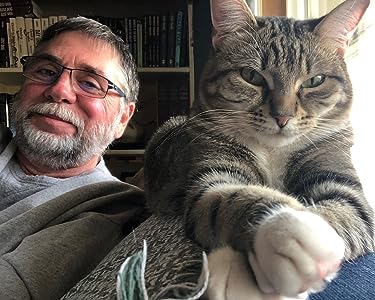 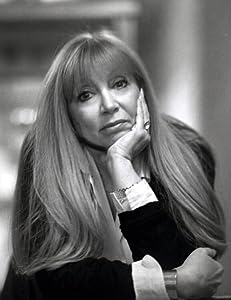 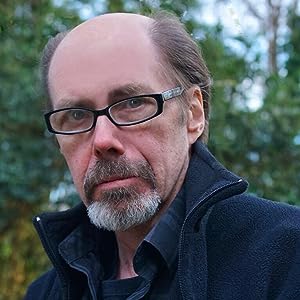 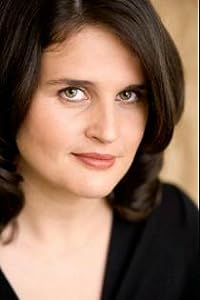 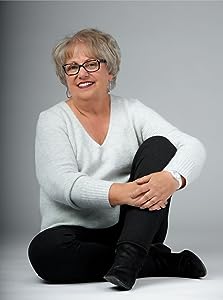 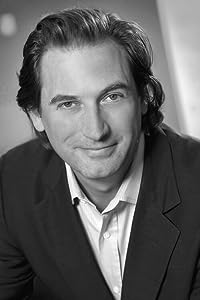 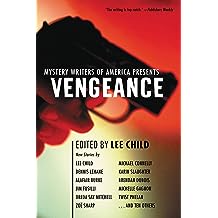 The heroes in these stories include a cop who's seen too much, a woman who has been pushed too far, or just an ordinary person doing what the law will not. Some call them vigilantes, others claim they are just another brand of criminal.

Edited and with an introduction by Lee Child, these stories reveal the shocking consequences when men and women take the law into their own hands.
Read more
Other Formats: Audible Audiobook , Hardcover , Paperback , Audio CD 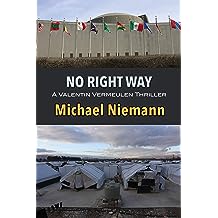 The fall of 2015. It s been four years since the civil war in Syria started and over a year since ISIS took over major parts of the country. The refugee stream into Turkey has swelled to unprecedented numbers. The United Nations High Commissioner for Refugees (UNHCR) is scrambling to offer services and shelter to the multitudes. The Turkish government is doing what it can. Money from the rest of the world and European governments is flowing in to help alleviate the crisis. Numerous non-governmental organizations (NGOs) are using UN funds to do the on-the-ground work to house and feed refugees.

Valentin Vermeulen's job is to make sure that all those funds are spent for their intended purposes. As he digs into his task, he learns that some refugees have not received any aid at all. Figuring out why that is quickly lands him in trouble with organize crime.
Read more
Other Formats: Paperback 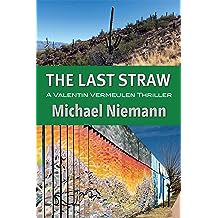 The Last Straw Nov 9, 2021
by Michael Niemann
$5.99
It's October 2018. Vermeulen's partner Tessa Bishonga is set to visit the US/Mexican border in Arizona to do research for an article she's writing. Vermeulen decides to tag along. He's in need of some downtime. And the desert Southwest sounds as good a destination as any.

He doesn't know that a skeleton found in the Sonora desert will draw him into a maelstrom of trouble. The murdered man carried a notebook that contains Vermeulen's phone number. The local authorities investigating the murder believe Vermeulen has connections to the traffickers that brought the man across the border.

To clear his name, Vermeulen has no choice but to delve into dark underbelly of the tragic border policies of the US. Doing so brings Tessa and him face to face with the Border Patrol, white supremacists, and an old foe who's been waiting for six years to get her revenge.
Read more
Other Formats: Paperback 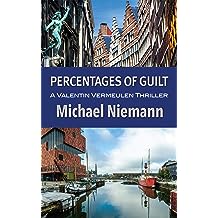 An unexpected letter from his old employer calls Vermeulen back to Antwerp. His past has come back to haunt him. Old and new foes are conspiring to lock him up and, worse, kill him. He must fight both the authorities and criminal syndicates to make it out alive. 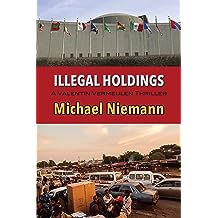 Illegal Holdings (A Valentin Vermeulen Thriller Book 3) Feb 15, 2018
by Michael Niemann
( 7 )
$6.95
UN fraud investigator Valentin Vermeulen is on assignment in Maputo, Mozambique. His ho-hum task is to see if Global Alternatives is spending UN money the way they promised. The nonprofit was set up by hedge fund mogul Vincent Portallis to revolutionize development aid. The only upside for Vermeulen is the prospect of seeing his lover Tessa Bishonga, who is reporting on foreign land acquisitions in Africa.
When Vermeulen notices that a five-million-dollar transfer has gone missing, he is given the run-around. First he is told the files have been mislaid, then stolen, then he is assured that the money was never transferred to begin with. But the money was transferred, so where is it now? Vermeulen’s dogged pursuit of the missing transfer makes him the target of some ruthless operators. And once he meets up with Tessa, she is inevitably sucked in to the story as well, which turns out to be far more nefarious than either of them imagined. Now they are both in deadly danger.
Book three in the Valentin Vermeulen Thriller series. 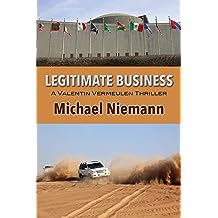 Legitimate Business (A Valentin Vermeulen Thriller Book 1) Feb 1, 2017
by Michael Niemann
( 19 )
$6.95
Ritu Roy, a constable with an all-female United Nations peacekeeping unit in Darfur, Sudan, has been shot dead. Her superiors call it a random shooting. Her best friend thinks otherwise. She’s found a bullet casing from a sniper’s rifle, an uncommon weapon in the refugee camp. The case remains closed until Valentin Vermeulen arrives to conduct a routine audit. As an investigator with the UN Office of Internal Oversight Services, his job is to ferret out fraud. The casing is the first clue that Ritu may have stumbled onto a major criminal operation. Solving the mystery of Ritu’s death leads Vermeulen down a perilous path. With the help of journalist Tessa Bishonga, he visits the hidden camp of a notorious rebel leader. On the streets of Port Sudan he dodges a parade of shady characters. In the end, Vermeulen must expose the players in the not so “legitimate” business of supplying weapons to Sudan … before they can hunt him down. 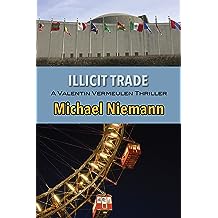 Illicit Trade (A Valentin Vermeulen Thriller Book 2) Feb 1, 2017
by Michael Niemann
( 11 )
$6.95
Two poor Kenyan men visiting the U.S. are found dead, one in jail, one on the street. Both used forged UN documents to enter the country. Valentin Vermeulen’s superiors have no interest in the plight of undocumented immigrants, but they want him to stop the fraud. The clues take Vermeulen from New York City to Newark, where he riles a woman known as “The Broker,” then to Vienna. Earle Jackson, a small-time hustler and the last person to speak with one of the dead Kenyans, has taken the man’s passport and money. He also finds a note listing an address in Newark, where his efforts to cash in on the situation go awry. Fleeing for his life, Jackson flies to Nairobi using the dead man’s passport. Vermeulen and Jackson have chanced upon a criminal network more extensive and vicious than either could have imagined. To survive, Vermeulen must do more than sever a few links. He must find the mastermind at the top. Book 2 in the Valentin Vermeulen Thriller series. 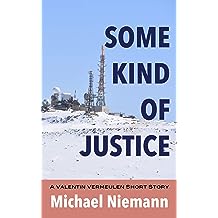 Some Kind of Justice Jun 9, 2020
by Michael Niemann
( 1 )
$1.99
In the frigid air of Mount Hermon, in pre-civil war Syria, a shivering Valentin Vermeulen interviews Corporal Waldmüller, young guard who has filed a confidential complaint. Vermeulen’s job as UN fraud investigator has sent him to one godforsaken outpost after another ever since he angered his superiors by making accusations he couldn’t back up. Waldmüller, a member of the Austrian contingent, has observed a lot of contracting jobs going to the same company, despite its shoddy work. The deals are all overseen by a civilian procurement officer named Robisseau. Waldmüller tells Vermeulen he will explain further when they meet at Camp Faouar, headquarters of UNDOF, the United Nations Disengagement Observer Force.
Before that meeting, the young corporal is killed in a car accident. Rushing to the scene of the “accident,” Vermeulen meets the military police officer in charge, a fresh-faced sergeant, Kristina Knauer. Vermeulen searches Waldmüller’s belongings for some shred of evidence to back up his claims. Meanwhile, Sergeant Knauer seems to do nothing but stand in his way. Now that the bad guys know he’s on to them, Vermeulen will be lucky to escape this assignment with his life. Never mind finding justice for Waldmüller. 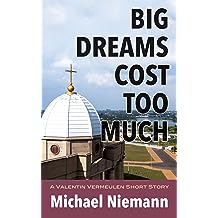 Big Dreams Cost Too Much (A Valentin Vermeulen Thriller) Nov 20, 2017
by Michael Niemann
( 1 )
$2.99
United Nations Investigator Valentin Vermeulen has been sent to a peacekeeping mission in the Ivory Coast, West Africa. After falsely accusing a higher-up at the UN, he is relegated to ferret out a suspected fraud in the miserably wet, politically volatile city of Yamoussoukro. A large amount of fuel has gone unaccounted for, and the culprit seems to be a petty bureaucrat named Khoury. But after Vermeulen confronts the man, he is shot and his death declared a suicide.
Vermeulen knows Khoury’s death was no suicide. He heard the gunshot and saw a young thug leave Khoury's office. The suicide note did not appear until later. Vermeulen’s search for answers takes him to the offices of a beautiful widow, Desirée Doué, who runs a cocoa export company. For security, Madame Doué employs a group of young hoodlums known as the Jeunes Patriotes, and Khoury’s killer is one of them. Obviously someone in the UN is in league with her, but with the city’s politics in disarray, how will Vermeulen stop the perpetrators and remain alive? Fortunately he has an ally, Kwame Appiah, a member of UN troops with a trick or two up his sleeve.
“Big Dreams Cost Too Much” is one of three stories featuring Valentin Vermeulen. The UN investigator is also featured in the novels Legitimate Business, Illicit Trade, and Illegal Holdings (March 2018). 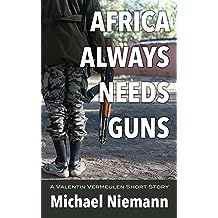 Africa Always Needs Guns (A Valentin Vermeulen Thriller) Oct 22, 2017
by Michael Niemann
( 2 )
$0.99
United Nations Office of Internal Oversight Services Investigator Valentin Vermeulen has been exiled from the air-conditioned offices in New York City after stepping on some very well-shod toes. Now he is holed up in Eastern Congo, checking cargo planes for contraband at the Bunia Airport. The job is more than thankless. He knows guns are coming in on UN chartered cargo flights, but he can’t prove it. Until he has a run-in with a pilot who is clearly up to no good. With the locals, tired of the never-ending wars, on his side, Vermeulen sees a chance that this time justice will be done.
An earlier version of “Africa Always Needs Guns” was published in the 2012 Mystery Writers Association of America anthology Vengeance, edited by Lee Child.
Read more