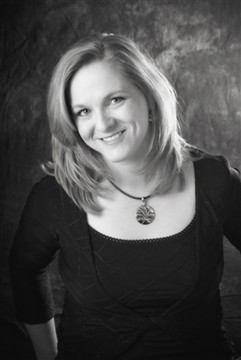 Just copy and paste the following link into your web browser: http://goo.gl/ZS8A6h

Michele (M.L.) Callahan is an award-winning author of sci-fi and romance. A full-time writer, some of her earliest movie memories are of Luke Skywalker, Han Solo, and light sabers. (Still waiting on Santa to come through on that one.) She wrote her first short story at age eleven in ten sloppy but action packed, wide-rule notebook pages. Her mother was an English teacher and inspired her love of reading and writing. Michele writes under multiple pen names and has published more than 50 novels in several genres of fiction. She loves dogs, tolerates cats, and is habitually nocturnal (no matter how hard she tries to change.) Happy Reading! 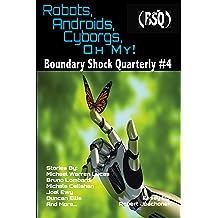 We can make her better than she was. Or build a better one to replace him. What does it mean to be Sentient? Human? Or even alive?

Fifteen stories and essays explore what it means to be sentient in the present and future tense in stories ranging from artificial lifeforms all the way down to the many ways humans might dream about improving themselves, when the future arrives tomorrow.

Be sure to look for Issue 005: The Boneyard of Lost Dreams, coming January 2019.
Read more
Other Formats: Paperback 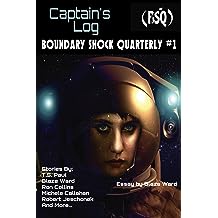 Captain's Log: Boundary Shock Quarterly #1 Jun 10, 2018
by Blaze Ward, Charles Eugene Anderson, Leah Cutter, Michele Callahan, M. L. Buchman, Ron Collins, Robert Jeschonek, Duncan Ellis, T S Paul, Maquel A. Jacob, Bruno Lombardi, M. E. Owen
( 5 )
$4.99
For many of us, those opening words “Captain’s Log…” were our introduction to our science fiction dreams. Voyage to explore strange, new worlds, seek out new life, and boldly go. What will we find there when we go? What dangers will we confront? Who will survive? And who will not?

Twelve authors explore what these words mean to them in stories ranging from the silly to the sublime.

Join us for the first exciting issue in a new quarterly speculative fiction magazine.

Be sure to look for Issue 002: Tuesday After Next, coming soon! 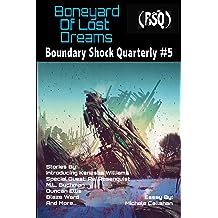 Be sure to pick up the other volumes in this series: Boundary Shock Quarterly
Read more
Other Formats: Paperback 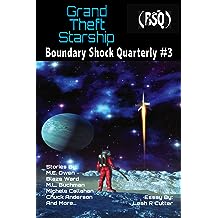 Grand Theft Starship: Boundary Shock Quarterly #3 Jul 10, 2018
by Blaze Ward, Leah Cutter, M. L. Buchman, M. E. Owen, Michele Callahan, Charles Eugene Anderson, Robert Jeschonek
( 4 )
$4.99
The future is not always a bright and shining beacon on a hill somewhere. Crime will follow us into space and the future. What will you steal, with the whole galaxy to pick from?

Seven syndicate authors let their criminal side out for a joyride on a dark night.

Be sure to look for Issue 004: Robots, Cyborgs, Androids, Oh My!, coming soon! 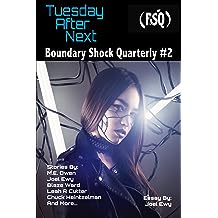 Instead, science fiction can cover the future that lurks just around the corner. Science fiction that exists after Dieselpunk and before Cyberpunk, where the Makers and the Hackers dwell, modern rebels and punks, hiding just out of sight.

Eleven authors peer into that short distance into the future to see what lies ahead.

This is Boundary Shock Quarterly, Issue 002: Tuesday After Next. Welcome to another exciting issue in a new quarterly speculative fiction magazine.

Be sure to look for Issue 003: Grand Theft Starship, coming soon!
Read more
Other Formats: Paperback 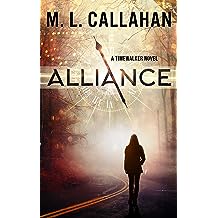 When Alexa’s car is pushed over the edge of the Pacific Coast Highway, she fears Death has come for her. Instead, she is recruited by alien time travelers who want to send her on a dangerous mission.

For centuries, aliens have waged a covert war for control of Earth using time travel as a weapon. Alexa is now one of a select group of humans who have become their soldiers, genetically modified pawns destined to be caught in the crossfire. But this time, the pawns have a plan of their own...and the fate of all mankind rests in their hands.
Read more
Other Formats: Paperback 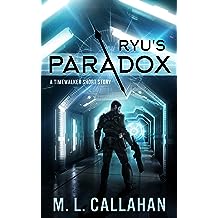 Ryu's Paradox: A Timewalker Short Story (Timewalker Chronicles) Nov 1, 2015
by M L Callahan, Michele Callahan
( 2 )
$0.99
Time travel was outlawed thousands of years ago on the planet Itara. But one man refuses to obey the law.

Droghan is a Forbidden Son, one of the most feared of his race. Born with a curse that grants him incredible power, he has been locked away in a prison ship with others of his kind. Trapped in a small cell orbiting Itara's moon, Droghan has one goal...vengeance. To achieve his goal he'll have to escape from prison, murder the Queen of Itara, and take the throne.

Celestina is a sacred Seer, and the only one who fears the monster the Itaran Queen locked away. When Droghan escapes, Celestina will do whatever it takes to stop him from dragging Itara into a bloody civil war, even follow him through a rift in space and time...

Ryu's Paradox is science fiction, action adventure short story of 11,000 words that takes place in the Timewalker universe. It can be read as a stand alone adventure.
Read more