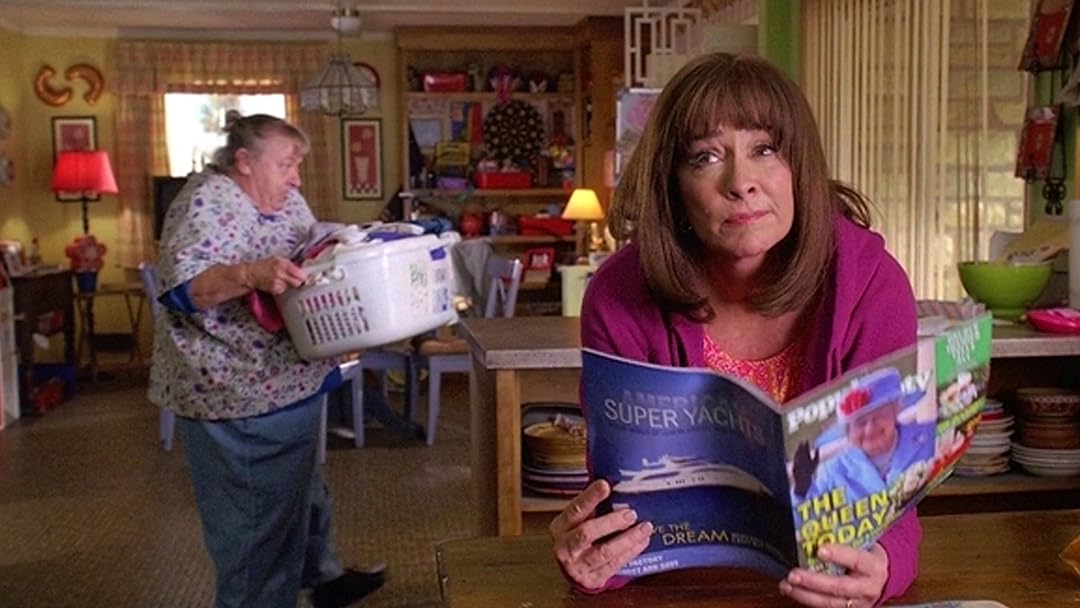 (664)
7.62010X-RayTV-PG
Emmy® winner Patricia Heaton stars in this warm and witty comedy about raising a family and lowering your expectations. Middle-aged, middle class and living in the middle of the country, she uses her wit and humor to get by.

smokymountaincritterReviewed in the United States on October 7, 2019
5.0 out of 5 stars
This is the Greatest Show You've Never Seen
Verified purchase
This is, without a doubt, one of my favorite shows of all time. I do not watch a ton of network television, but I bought all 9 seasons of "The Middle."

"Modern Family" stole the potential spotlight from "The MIddle." It was the "big city" of TV shows, overshadowing the warmth and message of "The Middle." But that's fine. This "small town" show had a big heart and instead of focusing on hot-button issues or the dramatics of politics, it portrayed the truth of a lot of American homes. Many of us are living in small towns with small jobs, struggling to have kids and survive. Love, friendship, community ... and a lot of humor, are how we get through our days.

As Axl says, we fight dirty. But we get it done.

The writing, acting, and continuity were on point every season. It's a show I'd be cool with most kids watching, too, especially those children who may feel like they're "nerds" or "weird." The Heck kids tackle life with a broad range of obstacles in their paths, but they never, ever give up. "The Middle" didn't give up either. In spite of being overlooked for the barrage of awards it deserved (those kids were amazing actors - and of course Neil Flynn and Patricia Heaton knocked it out of the park) it never stopped delivering a heartfelt, hilarious punch for nine solid seasons.

I still watch this show. The farewell episode still makes me cry. To me, it's "The Office" wrapped up in a more family-friendly package. It's almost perfect. Watch it. Love it. Relate to it. I enjoy "Modern Family," but it's too fancy. It's a house I'd visit, not live in.

I'd live with the Hecks... right smack dab in "The MIddle."

OrionReviewed in the United States on May 20, 2018
5.0 out of 5 stars
Terrific series, and wonderful to see where it all started
Verified purchase
Love this series, but we started watching it at Season 4. So, we thought it would be good to see how it all started. And, boy, was that a good choice. It has been wonderful to experience how the characters developed through season 1, and it answers so many questions for those of us who started watching the show mid-span. Brick is our family favorite among all of the memorable characters.

So sad that the series is coming to an end this year. Good news is that we have several make-up seasons to help us get over it!
4 people found this helpful

K. Friend (The Romantic Rush)Reviewed in the United States on March 6, 2021
5.0 out of 5 stars
Love this show!
Verified purchase
Years later and I’m still returning to watch the Middle. Equally funny and emotionally resonant, with a dash of kind irreverence and honesty, and sublimely well acted and written. Always will be a favorite.
One person found this helpful

M. LangleyReviewed in the United States on April 24, 2014
5.0 out of 5 stars
Funny, original humor
Verified purchase
Some sitcoms recycle the same old humor, or throw audience clapping and laughter in place of jokes that barely make them mildly chuckle-worthy (Big Bang Theory does this).

BUT.. The Middle has an original thing going, I enjoy it. The style of humor often reminds me of how I felt watching The Office.. The supposed-to-be-calm-and-collected adults often get themselves in awkward situations that would be humiliating in reality; it's a kind of humiliation humor that lots of people tend to enjoy. The teenage boy (Axl) is very well written and performed, and the awkward teenage girl (Sue) plays her part excellently. Most popular tv series have a slow first season and pick up around the second (if not third) season, but The Middle starts off at quality comedy. It's a must watch.
2 people found this helpful

January GrayReviewed in the United States on June 20, 2014
5.0 out of 5 stars
Excellent, clean and fun show you can pick up easily at anytime
Verified purchase
I LOVE this show, and I am not much of a television viewer. It's clean and funny and I love ALL the characters. This is a show that is easy to pick up on even if you don't follow the episodes in order. I get sick of drama and filth on television and this is one of the best FAMILY FRIENDLY shows out there right now. There are no sexual suggestions or jokes that will go over your children's heads. Just a nice, actually healthy show to watch.
4 people found this helpful

AliciaReviewed in the United States on March 28, 2021
5.0 out of 5 stars
Awesome show
Verified purchase
This show is hilarious we enjoy it as a family and have seen every episode multiple times and we aren't tired of it. So relatable and entertaining.

TEXMANReviewed in the United States on October 7, 2015
4.0 out of 5 stars
Nice to have at my fingertips .
Verified purchase
I still have not watched many of the episodes but I love the fact that they are right there at any time to watch . I don't have to leave a BluRay in my player until I watch all on that disc . However , the HD picture quality is not up to bluray standards and the sound is not lossless .
2 people found this helpful

Susan B.Reviewed in the United States on April 5, 2017
5.0 out of 5 stars
Best show for American families.
Verified purchase
This show is family friendly, well-written, and genuine. WE LOVE IT in our house as well. It has restored my faith in the American comedy. So many other shows have gutter humor, tasteless jokes, and are mocking of traditional values. Not The Middle.
One person found this helpful
See all reviews
Back to top
Get to Know Us
Make Money with Us
Amazon Payment Products
Let Us Help You
EnglishChoose a language for shopping. United StatesChoose a country/region for shopping.
© 1996-2021, Amazon.com, Inc. or its affiliates