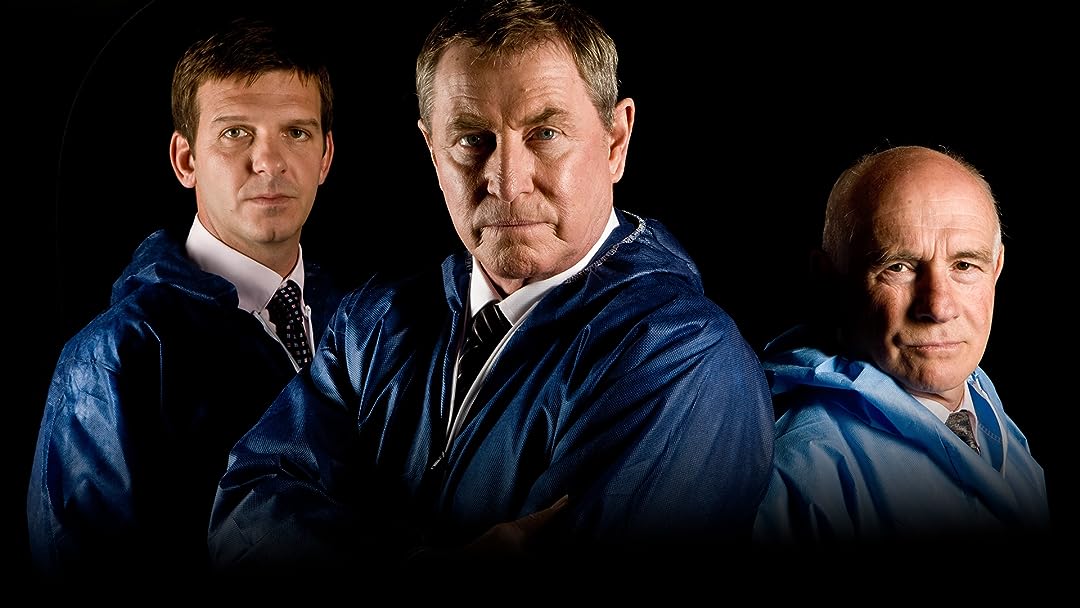 Anne RiceReviewed in the United States on January 16, 2017
5.0 out of 5 stars
Truly great British mystery series with incredible charm.
Verified purchase
Where do I begin? I've enjoyed so many hours of "Midsomer Murders," from the very first season and much of the very latest season, and cannot recommend it too highly. The series is beautifully photographed in rural England, exploring picturesque villages, churches, and graveyards, in episodes filled with magnificent greenery and beautiful flowers, crisp and brilliant British actors and actresses, and truly suspenseful stories that do keep you guessing until the last "reveal." John Nettles is superb as DCI Barnaby, Jane Wymark is lovely as his wife Joyce, and Laura Howard is delightful as their daughter Cully. Barnaby's sergeants over the years are always brilliantly cast, providing some time comic relief and romantic interest. ---- The whole series has the highest production values, and a reliable comfortable feeling that makes one feel a part of Midsomer County with its quirky and often murderous inhabitants and the gentlemen police who solve the bizarre and intricate crimes they commit. --- In later seasons, when a new Barnaby replaces Nettles, it is Neil Dudgeon who fills the bill ably with his own distinct personality and charm. Indeed, charm is a word one could overuse in a review of "Midsomer Murders" because charm the series has in abundance, and consistency. I rank it right up there with Miss Fisher, Morse, Lewis, Marple, Poirot, and Endeavor --- the finest entertainment -- sophisticated, intelligent, insightful and yet keeping the harsh real world at a great remove. You feel sort of safe watching "Midsomer Murders." It makes you want to move to the UK, or to live there forever in Midsomer country, in one's dreams.
89 people found this helpful

Kindle CustomerReviewed in the United States on February 5, 2017
5.0 out of 5 stars
good old-fashioned escapism
Verified purchase
This is your typical mystery series from rural England, with good story lines, with a great way of showing the way the detectives solve the mystery set in beautiful little English villages. The acting is not always that good and at times seems to border on farcical. However, you must understand my purpose for watching this series--utter escapism. I can't bear to watch TV anymore-too much politics and bad news. My psyche needs to find a place that is simpler and a fantasy. If you are looking for serious drama, this is not the show for you, but if you enjoy good old-fashioned mysteries you will most likely enjoy this series. I am up to series 4 and would say this about all of the seasons.
26 people found this helpful

もりみずめReviewed in the United States on November 3, 2016
5.0 out of 5 stars
5 stars only for seasons w/ John Nettles in them...
Verified purchase
Very very interesting. 5 stars are given to those seasons starring John Nettles, Daniel Casey, Jason Hughes and other crews. After season 13 where John Nettles left the show, the village misery show has declined in quality. Originally it is about the murders and investigation exclusively happening to the English village. Afterwards (with new main actor), it is just some kinds of crime that just happen to an English village. It has lost the eccentric quality. It is not about the acting of Neil Dudgeon. Indeed it is about losing a sense of uniqueness in the original series.
35 people found this helpful

Fred SmithReviewed in the United States on April 6, 2016
5.0 out of 5 stars
Fantastic, well written, murder mysteries
Verified purchase
My wife and I have watched Midsomer Murders on PBS for several years, but the schedule wasn't always convenient and we were never able to go back to watch the early episodes (Season 1, 2,.....) that we had never seen. The series is exceptionally well written and requires your close attention to follow all of the twists and turns. Unlike most American murder mysteries, where you generally meet and can guess the guilty culprit in the first 10 minutes, I guarantee that you will not know "who did it" in most Midsomer Murders episodes until almost the end. They are great fun and we are happy that Amazon offers them for our enjoyment.
18 people found this helpful

A. DanzigReviewed in the United States on December 6, 2020
1.0 out of 5 stars
Wow. The casual homophobia of the 1990s is still appalling.
Verified purchase
LGBT people played for jokes and zaniness or pure pathology -- this series is shockingly dated and unwatchable.
4 people found this helpful

MemaReviewed in the United States on May 6, 2016
5.0 out of 5 stars
A Must See
Verified purchase
This is an awesome series. Sprinkled with just the right amount of seriousness, humor and so entertaining. If murder could be considered entertainment. I like the familial treatments, these are people after all is said and done. John Nettles is perfect in the part of Detective Inspector Barnaby. His 2nd hand man who changes thrice through the series. Schedule a nice long binge for this one, more than a weekends worth of viewing here.
15 people found this helpful

K.StanfordReviewed in the United States on February 20, 2021
5.0 out of 5 stars
GREAT Series
Verified purchase
Need to be able to understand the English Language, some typical English terms and the accent.
GREAT twists, my other half is a retired detective and he LOVES trying to figure out 'who done it'
One person found this helpful

Luci BlizzardReviewed in the United States on August 30, 2016
5.0 out of 5 stars
Great Acting and Casting Compliments Investigative World of DCI Barnaby
Verified purchase
Excellent acting and casting. Characters have depth and are of a great variety. I enjoy the English countryside and local customs.
The humor brings another dimension which makes characters more endearing.
The family of Tom Barnaby grounds his character in the progression of the story.
The music is great.