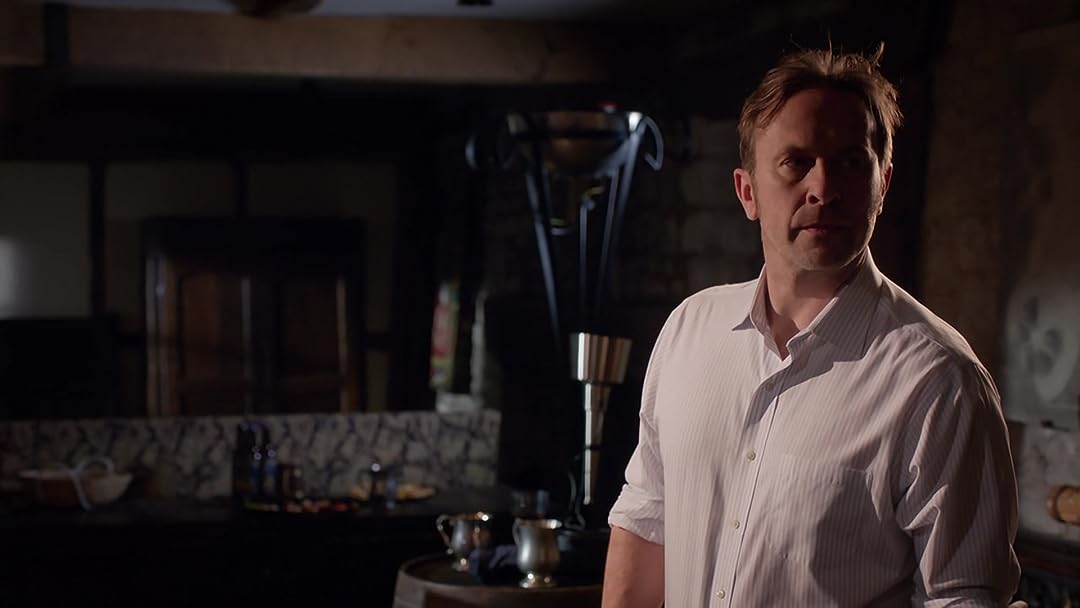 Linda BeeReviewed in the United States on May 21, 2018
3.0 out of 5 stars
Has sadly lost its charm
Like many other reviewers, I have watched this show from the beginning and have loved it. But I must admit I was disappointed in this latest season. It has lost a lot of its charm, mainly due to the settings. What made this series so different, so engaging for me, were the quaint villages and houses, the glorious lawns and gardens. The first two episodes of this season were borderline, but the remaining four could have been set anywhere, for all we saw were interior shots of common, modern buildings which gave no sense of place, and a few exterior shots of storefronts. There used to be a sunniness, a brightness and energy to the program; now it seems rather drab and listless. I even detect a hint of lassitude in the main characters. All attempts at light-heartedness which used to seem so natural, now seem forced and contrived.

I think the producers are trying to drag the series more into the "real" world, and in doing so are destroying what made this series so successful to begin with. I don't want "relevance"--I want to see a dream world that's out-of-reach, an old-world way of life with all its eccentricities. The "real" world is all around me. I want my entertainment programs to take me somewhere else.

Living LifeReviewed in the United States on May 21, 2018
3.0 out of 5 stars
Midsomer Murders has lost its country way
I've been a fan of this show since before it was trendy to be one. I always loved the quirkiness of the characters. The rural charm of places like "Badgers Drift" and such was an integral part of its attraction. With season 20, gone is the country flavor, having given way to more urban atmosphere. The places are no longer quaint and unusual. The charactors/actors seemed to have "phoned it in" with wooden performances. And what's with Mrs. Barnaby's attitude? I would be remiss if I didn't point out the one good thing about this season i- the new medical examiner. She's worldly, opinionated and quirky - playing off the stiffness of the main characters. Perhaps MM is past its expiration date. I might watch again if another season comes along but then again maybe not if it's like this one. Very disappointed.
184 people found this helpful

VerityReviewed in the United States on June 28, 2018
3.0 out of 5 stars
No Longer Ye Olde British Mystery?
Where has my most favorite TV series gone? The "Midsomer Murder" mysteries used be intricate and well written yet leavened with light humor. Gone the strong leading man with strong character and morals. Although not perfect Barnaby had striven to right wrongs with a fervor for his job and a bulldog like tenacity. His subordinates learned from his experience and treated him with due respect. Gone also the juxtaposition of bizarre murders set against tranquil countryside and the architectural details of lovely cottages, primitive lodges and grand manors. I enjoy characters with a sometimes slightly archaic way of life. There are more then enough murder mysteries set in urban settings that we don't need another and we also don't need cutesy daddy protagonist (spare me). If this is harsh I'm sorry but I watched the episodes in Midsomer again and again like reading a good book. I am able to find details I had missed and repeatedly enjoy a thoroughly good story in the old Midsomer.

Okay, it now must be said, the new episodes are still far better then most TV today.
139 people found this helpful

benjakeysReviewed in the United States on February 13, 2021
3.0 out of 5 stars
OUCH! What happened to the production staff and series budget?
Verified purchase
The writers are working the formula. The new coroner is a bit rough at first, but as she is also Gladys who dies horribly from Miss Marple "Pocket Full of Rye," we waited and eventually she makes sense. The cast plays the parts written like a well worn shoe, but it is starting to show the strains of bad upper management decisions. I feel the cut of the corners as the villians are getting easier to detect. Maybe concessions were made to continue the series, but I feel a lack of heart from corporate here reflected in less quality production. This group needs a more enthusiastic show runner desperately.

The producers also seem to have lost the rights to the famous theremin centric opening theme, replacing it with something that induces sleep instead of excitement. This seems almost symptomatic of the enthusiasm gap, as previously surmised. While as creative artists we comprehend wanting to refresh an opening sequence, trying to completely de-theremin a fan favorite should be reconsidered. Maybe a better path would have been a theremin centric jazz theme. NOTE TO PRODUCERS: Theremin provides much of the murky joy that sets up the episodes. Theremin = GOOD. Atmosphere is unique, provides undercurrent. New theme music = CHEAP AND BORING. It does not lift the viewer into readiness to participate in the evening's event. Rather, it feels like composer died on a Casio synthesizer from boredom.

Good thing for you that we are too addicted to quit quite yet, but don't push it.
4 people found this helpful

M. K.Reviewed in the United States on December 31, 2020
5.0 out of 5 stars
Best British Detective Series Ever
Verified purchase
This is my favorite series of all times. The characters are fun, clever, and interesting. The settings are so country British that it makes me wish I could visit the mythical Midsomer. I love the ‘tongue in cheek’ murders and contrived plots. Both Barnabys are perfect Chief Inspectors!
One person found this helpful

Grandmom1+6Reviewed in the United States on July 26, 2020
5.0 out of 5 stars
Love The New Medical Lead
Verified purchase
I enjoy this series. Started with season 1, episode 1. Took me several weeks to watch all of them. The change in actors was seamless and gave the series a lift. I love the new medical lead. She is a character.
2 people found this helpful

Ceal S.Reviewed in the United States on June 1, 2021
1.0 out of 5 stars
dull, showing its age
Verified purchase
yawn, forgive me, double yawn, this is really showing its age, rather do something that brings pleasure... buy an icecream perhaps
One person found this helpful

mary p coleReviewed in the United States on July 18, 2021
1.0 out of 5 stars
Love this series
Verified purchase
Cannot get to purchase or watch because I am in Jamaica since the pandemic at my vacation home and Amazon will not release it to me.
One person found this helpful
See all reviews
Back to top
Get to Know Us
Make Money with Us
Amazon Payment Products
Let Us Help You
EnglishChoose a language for shopping. United StatesChoose a country/region for shopping.
© 1996-2022, Amazon.com, Inc. or its affiliates