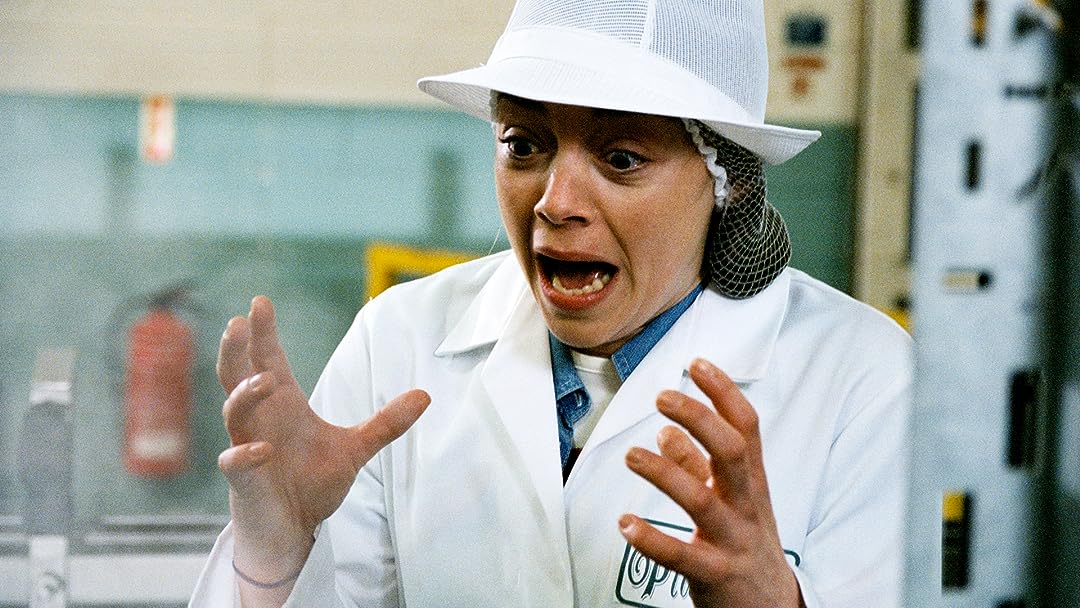 (122)7.82005X-RayTV-14
A veteran DC Inspector (John Nettles) and his fellow detectives investigate murders around the regional community of Midsomer County.

Gary F. TaylorReviewed in the United States on January 18, 2017
5.0 out of 5 stars
SET EIGHT: Murder by Catapulted Wine Bottle
Verified purchase
Elegant country estates and picturesque cottages hide dastardly activities in England’s Midsomer County, where corpses seem to stack like kindling, murders are often remarkably grotesque, and motives range from bizarre to out-and-out kinky. Based on novels and characters created by Caroline Graham and debuting in 1997, the long-running BBC series MIDSOMER MURDERS features Chief Inspector Tom Barnaby (John Nettles), his slightly daffy wife Joyce (Jane Wymark), and their theatrically ambitious daughter Cully (Laura Howard.) Tom is assisted in his cases by the sleek and cynical D.S. Dan Scott (John Hopkins) and a number of medical men, most often the dryly comic Dr. Bullard (Barry Johnson.) The repeating characters are often supported by luminaires from the British stage, screen, and television, and the scripts are memorable for their dark wit—but in spite of the humor, episodes often include a strange sense of tragedy. Although the central characters sometimes have overarching storylines, each episode stands alone, a complete story told in about an hour and forty minutes.

Two sets are identified as “Eight.” One set contains three titles: “The Maid in Splendor,” “The Straw Woman,” and “Ghosts of Christmas Past.” This set, however, contains eight titles. “Things That Go Bump In the Night” opens with the murder of an undertaker and soon segues into a spiritualist group that has roused ire in the community. “Dead in the Water” finds the Barnaby family attending a regatta—and quite naturally a body turns up the river. “Orchis Fatalis” is a story of orchid smuggling that unleashes a series of murders, and “Bantling Boy” offers a particularly grotesque solution to a series of murders surrounding a thoroughbred racing horse.

Many of the Midsomer Murders have an otherworldly edge, but few so much as “Second Sight,” wherein Barnaby and Scott are called upon to investigate deaths in a village known for residents of psychic ability. And while many of the Midsomer Murders have bizarre methods of murder, few can compete with “Hidden Depths,” a darkly witty tale that includes death via catapulted wine bottle. “Sauce for the Goose” finds Barnaby and Scott investing the death of a young man in a food factor, and “Midsomer Rhapsody” involves forgery, theft, and murder surround the estate of a late composer.

In addition to memorable performances, great scripts, and first rate production values, MIDSOMER MURDERS also has an intriguing score and makes effective, often paranoia-inducing, use of prowling cameras that sometimes take the killer’s point of view. And it is the rare episode that stops at one or murders. Three is commonplace, four is not exactly unknow, and fans of the “cozy” genre may well find the series a bit too disturbing for their tastes. But if you like a good murder mystery, you’ll find it in this series. It’s immediately addictive. Strongly recommended.

K.StanfordReviewed in the United States on February 20, 2021
5.0 out of 5 stars
GREAT series
Verified purchase
Need to be able to understand the English Language, some typical English terms and the accent.
GREAT twists, my other half is a retired detective and he LOVES trying to figure out 'who done it'

wendyReviewed in the United States on January 2, 2017
5.0 out of 5 stars
All Midsomer Murder seasons are fantastic
Verified purchase
My review for all seasons of Midsomer Murders is five stars. If I could rate it higher I would. I enjoy English programs and not only are these shows entertaining murder mysteries, but the characters are likeable and its content is solving the cases not creating drama with the detectives and their families. The extra bonus one receives watching these programs is an insight into English village life and the beautiful countryside.
2 people found this helpful

Kindle Customerplf69Reviewed in the United States on June 16, 2016
5.0 out of 5 stars
great series
Verified purchase
I absolutely love this series for the nostalgic value, the beautiful scenery, the fully developed characters, and the plots. I think it a shame that the series ended as it did with silly accusations of racism, etc when the program was CLEARLY about a specific time period in English history. I love it and I watch it over and over-it always makes me feel great. Brian True May did a wonderful job!
5 people found this helpful

jessebilReviewed in the United States on January 6, 2013
5.0 out of 5 stars
Murders
Verified purchase
How many shows does one see where you can get at least 3 murders per episode. One time they said no one should live in Cabot Cove because the murder rate is so high. Well I for one will live in Cabot Cove at least there , there is only one murder per episode. I love this show, I just wonder how long it will be before there will be no one left in Midsomer to murder! LOL
Great show and his new partner is the bomb!
One person found this helpful

ReaderReviewed in the United States on October 5, 2016
5.0 out of 5 stars
Fantastic!
Verified purchase
We are binge-watching Midsomer Murders. It's a fantastic show with fantastic actors. It would be fun to go to England to see all of the beautiful locations where this has been filmed.
One person found this helpful