You've subscribed to Dungeon Singles Night! We will preorder your items within 24 hours of when they become available. When new books are released, we'll charge your default payment method for the lowest price available during the pre-order period.
Update your device or payment method, cancel individual pre-orders or your subscription at
Your Memberships & Subscriptions
There was an error. We were unable to process your subscription due to an error. Please refresh and try again. 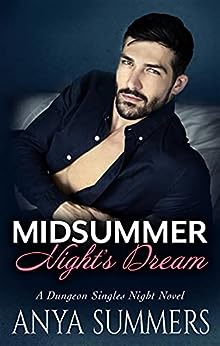 Nolyn: The Rise and Fall, Book 1
In the depths of an unforgiving jungle, a legend is about to be born. Listen now
Books In This Series (5 Books)
Complete Series 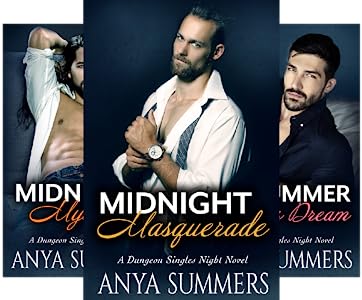 4.5 out of 5 stars
4.5 out of 5
136 global ratings
How are ratings calculated?
To calculate the overall star rating and percentage breakdown by star, we don’t use a simple average. Instead, our system considers things like how recent a review is and if the reviewer bought the item on Amazon. It also analyzes reviews to verify trustworthiness.
Top reviews

Patty61
5.0 out of 5 stars Love at first sight
Reviewed in the United States on July 4, 2021
Verified Purchase
Dean isa Dom and Sylvie isa submissive. Sylvie come to Denver to help a friend. Only to fall in love with a Dom Dean Ryan. They have a whirl wind weekend andfall inLove with with each other. Sylvie has a secret that she afraid to tell Dean. When she goes home to NY the secret is on her doorstep. Miscommunication and misunderstandings ensue.

Will they get their Happily Ever After?
Loved this book read it in two day.
Read more
Helpful
Report abuse

Linda
2.0 out of 5 stars Trite
Reviewed in the United States on July 2, 2021
Verified Purchase
I have read quite a few of Anya's books including the other 2 in this series. I like them all except not happy with this one. I think there are too many books coming out one after another and it is showing in her work. The constant him calling her babe was a put off. The story was lacking any depth more 2 dimensional. I will keep reading Anya's work but hope she will take time and develop the characters more.
Read more
Helpful
Report abuse

Toi Acton
5.0 out of 5 stars Great Read
Reviewed in the United States on July 9, 2021
Verified Purchase
Sylvie is the best friend, when she needs to pick up Pru in the middle of the night that's exactly what she does. What she doesn't realize is that she's going to meet the love of her life. This book will have your emotions up and down, also have some tissues handy. Looking forward to the next book in this series.
Read more
Helpful
Report abuse

Kindle Customer
2.0 out of 5 stars Disappointed
Reviewed in the United States on July 4, 2021
Verified Purchase
I gave it a 2 because it's Anya Summers. TOO long! Back & forth! He will she won't. She will he won't. Over & over & over! ENOUGH!
Read more
One person found this helpful
Helpful
Report abuse

Kindle Customer
5.0 out of 5 stars Dean and Sylvia
Reviewed in the United States on July 16, 2021
Verified Purchase
Was another great book with everything you want in a romance book. The story was fantastic and sexy, with some suspense and waiting to see the out come. Great book can’t wait for more
Read more
Helpful
Report abuse

Redrabbitt
TOP 1000 REVIEWER
5.0 out of 5 stars WE’LL GET THERE—TO OUR FOREVER
Reviewed in the United States on June 29, 2021
A great addition to this series is a spinoff from The Manor series, where we meet Gabriel Ryan at his BDSM club, The Eros Pit in Denver, Colorado. The story will be a bit back and forth of The Manor series and Dungeon Singles Night series where there was an incident that had Prue, needing to talk with Gabe, brings her best friend, Sylvie Addams, with her. At that interaction at The Eros Pit, Sylvie and Dean Ryan will meet—this will be their emotional story.

Dean held out his large hand and said, “I’d like the opportunity to get to know you better. Would you be interested in coming with me lovely?”

“Yes, Sir, I would like that very much,” Sylvie replied, and slid her hand into his much larger one.

Dean Ryan is one of the ‘Ryan Brothers’ and runs Meath Distilled Whiskey and Meath Whiskey Tavern. All the Ryans have businesses that even have a way of complimenting each other—and they support each other under RMD Industries.

The story of Sylvie and Dean was an emotional roller coaster ride that kept the pages turning, and my emotions stirred. I experienced highs, lows, anger due to angst, cried sad tears, and happy tears as I read. Overall, I loved the chemistry between Dean and Sylvie but wanted to smack them both upside the head for how they acted. They fall hard; it is pretty much instantaneously, but then, one minor glitch, and they nearly let it destroy them.

“Once in a blue moon, you find a Dom worth keeping, who trips every part of your need to submit, body, mind, heart, and soul. When you do, you need to hold on to them.”

The story’s plot will have Dean and Sylvie spending the weekend together after Prue, and her two Doms work things out. Dean will convince Sylvie to extend her stay an extra day, and after the first night in the hotel—things will move to his home. They not only scene in the club in a private room but his home in his private dungeon. They are yin and yang as their likes and desires mesh. Her having to leave is hard on both of them, and they are already discussing when they can get together—where in New York or back in Denver.

“She realized in that instant that she not only could fall for him but was already halfway there. He’d seductively battered the walls she had placed around her emotions, and found a way inside. Her heart whispered through the fear that one night could change everything, including her heart.”

“Sylvie felt a shift inside her. She didn’t want to feel it, but she did. He was this force of nature, who with relative ease, had upended the entirety of her life plan. And now her entire being was redirecting itself to him. She was falling for him. Unequivocally.”

The story has mystery, shock, surprises, life and death, and unanswered messages—ones that lead to hurt, anger, bitterness, and destruction. Then, just when things were in the planning stages for the near future—silence. Dean is furious with her—why is she ghosting him? Sylvie is dealing with the shocking news that has life and death consequences—and now that is what is controlling her future—it isn’t just her—it is someone else. Hidden secrets all play critical roles in this story—for a controlled Dom, Dean can be a cruel SOB because he got hurt—and yet, when the tables are turned, and he needs to take to Sylvie, she is over his bitterness. Will these two find a way back to each other, or where they two lovers passing in a night?

I loved the characters, the angst, the chemistry, mystery, suspense, danger, and passion. The story has dominance and submission, with some discipline and explicit sex scenes, in and out of Eternal Eros. While I haven’t seen plans for another story—I don’t think it will end here.
Read more
Helpful
Report abuse

This book was extremely emotional. It shows what could happen if you let fear rule your life, or let your pride take over your heart. I cried a lot in this book, I wondered if I had made a mistake in reading this book and being so invested in these characters, because for as much as there was a Ryan click, I felt one just as much for Sylvie and Dean. My heart hurt so much for both of their mistakes, but I also loved how everything played out in the end. Sylvie is selfless, but she’s scared. Because of something from her past, it’s shifted close relationships forever, and it’s tainted how she looks at her relationship with Dean. They go from zero to one hundred in the space of one night, yet when faced with their realities, both current and unexpected, she can’t help but be afraid. Dean… is not my favorite romance hero, but I do think he deserves some praise. He wants so badly to go all in with Sylvie, and when he does eventually pull his head out of his butt, he fights, hard, for his future. I loved their connection, even if they had some major flaws. This is one of those books that I wish there were more pages, more chances to see how they’ve grown together as a couple, as I feel like even though there’s a cute epilogue, it just kind of ends a little abruptly. I liked this book, though. Expect some major emotional tugs. I look forward to the next book in this series!
Read more
Helpful
Report abuse
See all reviews