You've subscribed to Blaze and the Monster Machines! We will preorder your items within 24 hours of when they become available. When new books are released, we'll charge your default payment method for the lowest price available during the pre-order period.
Update your device or payment method, cancel individual pre-orders or your subscription at
Your Memberships & Subscriptions
There was an error. We were unable to process your subscription due to an error. Please refresh and try again. 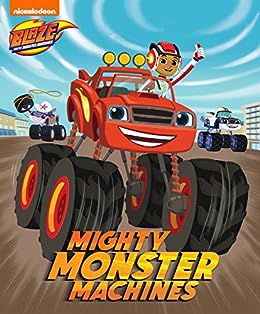 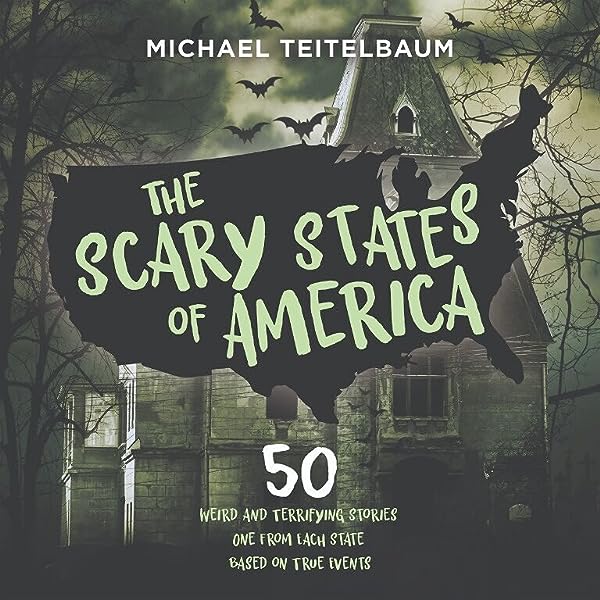 New releases
Explore popular titles in every genre and find something you love. See more
Books In This Series (40 Books)
Page 1 of 1Start OverPage 1 of 1
Previous page
Next page 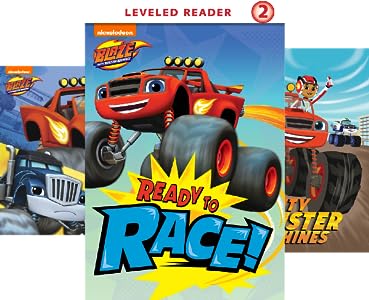 In 1942, the launch of Little Golden Books revolutionized children’s book publishing by making high-quality picture books available at affordable prices. More than 60 years later, many of the original Golden Book titles are still wildly popular, with The Poky Little Puppy topping the list of ten bestselling children’s books of all time. Golden Books’ backlist is teeming with classics such as Dorothy Kunhardt’s Pat the Bunny, and features the stories and artwork of children’s book legends Mary Blair, Margaret Wise Brown, Richard Scarry, Eloise Wilkins, Garth Williams, and many more. Today, the Golden Books imprint includes an array of storybooks, novelty books, and coloring and activity books featuring all of the most popular licenses, including Disney, Nickelodeon, Barbie, Thomas & Friends, The Cat in the Hat, Sesame Street, Marvel Super Heroes, and DC Super Friends. Golden Books continues to reissue the best of its backlist in a variety of formats, including ebooks and apps, as well as bringing out brand-new books in these evolving new formats.

Steve Lambe is an illustrator. His works include Follow the Ninja!, Really Spaced Out!, Mighty Monster Machines, and Green vs. Mean.      --This text refers to the hardcover edition.

4.5 out of 5 stars
4.5 out of 5
1,274 global ratings
How are ratings calculated?
To calculate the overall star rating and percentage breakdown by star, we don’t use a simple average. Instead, our system considers things like how recent a review is and if the reviewer bought the item on Amazon. It also analyzes reviews to verify trustworthiness.

Thankful
1.0 out of 5 stars Can't say I didn't buy
Reviewed in the United States on April 2, 2019
Verified Purchase
My 3 year old grandson was using my tablet and we saw that he bought something again.. lol I can't give feedback don't know what it is.. :-) That why I gave one star maybe someone whobought it can let you know.
Read more
31 people found this helpful
Helpful
Report abuse

Mike S.
5.0 out of 5 stars Great Book for kids
Reviewed in the United States on January 24, 2016
Verified Purchase
This book is great for young readers and kids who love Blaze. My 5yr old absolutely loves Blaze and this is one of his favorite bed time books. He likes to read along with it and that encourages him to read more and more. It has good pictures and the basic story from the first Blaze and the Monster Machines, where Blaze meets his new friends. I highly recommend this to boys who either already love Blaze or who might like to get into this cartoon on Nick Jr. If you have a young boy, its worth buying!
Read more
63 people found this helpful
Helpful
Report abuse

Samantha Peak-Rowe
5.0 out of 5 stars We love Golden Books!
Reviewed in the United States on June 6, 2016
Verified Purchase
My kid loves anything Blaze and the Monster Machines. This book tells about all of the monster machines and my kid has already memorized it all.
Read more
57 people found this helpful
Helpful
Report abuse

Niki
5.0 out of 5 stars Books instead of hallmark cards
Reviewed in the United States on January 19, 2016
Verified Purchase
I give books with a personalized message written inside with a birthday/any gift. Its a gift that keeps on giving by encouraging a love of reading. Cards are a waste of money and it's someone else's message anyway. I'd rather write my own than some default message from hallmark. And the prices are the same or cheaper in some cases and much better.
Read more
60 people found this helpful
Helpful
Report abuse

Lizzy
5.0 out of 5 stars Highly recommended series
Reviewed in the United States on August 13, 2016
Verified Purchase
My son is obsessed with Blaze and as a mom, I love it too. It is an educational show the involves trucks and cars which my son loves! The book is ok but the concept as a whole is amazing!! Highly recommended!
Read more
30 people found this helpful
Helpful
Report abuse

Kerry Morris
3.0 out of 5 stars Not bad for the price
Reviewed in the United Kingdom on December 8, 2020
Verified Purchase
Slightly disappointed with the finish on the edge of the book and the pages look very thin but the colours look vibrant and I'm sure we will enjoy the story.
Read more

3.0 out of 5 stars Not bad for the price
Reviewed in the United Kingdom on December 8, 2020
Slightly disappointed with the finish on the edge of the book and the pages look very thin but the colours look vibrant and I'm sure we will enjoy the story.
Images in this review

plyzmjb
1.0 out of 5 stars Very poorly made book
Reviewed in the United Kingdom on February 24, 2021
Verified Purchase
I should have listened to the other reviews of the 'little golden books'. They are cheap and nasty. They literally have visable cardboard covers and are so flimsy. To open them, you have to bend them like a piece of cardboard. They are not the same as the treasure cove collection by centum books!
Read more
Report abuse

Sinead Kelly
5.0 out of 5 stars Let’s Blaze
Reviewed in the United Kingdom on July 17, 2020
Verified Purchase
This is a great book, my daughter loves it so much
Read more
Report abuse

Juzzla
5.0 out of 5 stars A Blazing Good Read
Reviewed in the United Kingdom on October 10, 2019
Verified Purchase
An enjoyable read however bought back painful memories of my ex (Starla).
Read more
Report abuse

Tags that will help you discover similar books. 11 tags
in a serieskindle unlimited eligibleautomotiveracingbasic conceptscars & trucksengineering & transportationprime eligibleaction & adventureearly learningcars, trains & things that go
Results for:
Page 1 of 1Start overPage 1 of 1
Previous page
Next page
Where do clickable book tags come from?
Book tags are created from a variety of sources, some of which are customer-generated. Amazon is not legally responsible for the accuracy of the tags represented. If you are an author or publisher and would like to remove a tag associated with your title, please contact your vendor manager or publisher support team.
Back to top
Get to Know Us
Make Money with Us
Amazon Payment Products
Let Us Help You
EnglishChoose a language for shopping. United StatesChoose a country/region for shopping.
© 1996-2021, Amazon.com, Inc. or its affiliates