Mighty Storms of New England and millions of other books are available for Amazon Kindle. Learn more 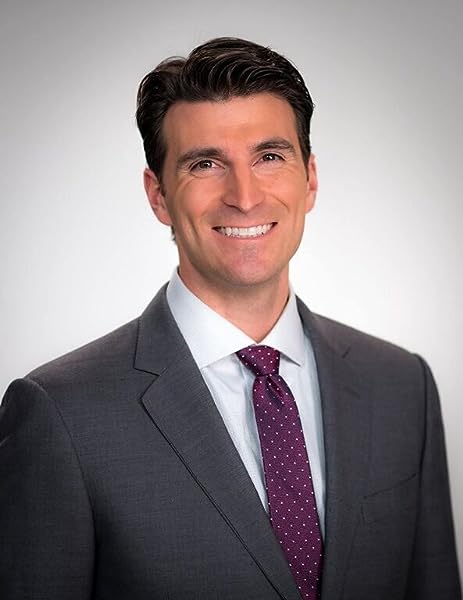 by Eric P. Fisher (Author)
5.0 out of 5 stars 11 ratings
See all formats and editions
Sorry, there was a problem loading this page. Try again.
Great on Kindle
Great Experience. Great Value.

View the Kindle edition of this book
Get the free Kindle app:

Enjoy a great reading experience when you buy the Kindle edition of this book. Learn more about Great on Kindle, available in select categories.
View Kindle Edition

The New England landscape has long been battered by some of the most intense weather in the United States. The region breeds one of the highest concentrations of meteorologists in the country for a reason. One can experience just about anything except a dust storm. Snowstorms, floods, droughts, heat waves, arctic blasts, hurricanes, tornadoes, wildfires, and other atmospheric oddities come and go with the changing seasons. Rare is the boring year of weather.

Knowing the past is a critical part of understanding and forecasting the weather. Meteorologist Eric Fisher takes an in depth look at some of the most intense weather events in New England’s history. The stories in this book not only describe the loss and the damage caused by the storms, but also how nearly all of them in left such an impression that they immediately led to progress where new warnings systems were implemented, government agencies formed, and technology accelerated in response to the devastation these events left behind.

Eric Fisher is Chief Meteorologist for CBS Boston’s WBZ-TV News and anchors weather segments weeknights at 5 p.m., 6 p.m., and 11 p.m., as well as WBZ-TV News at 10 p.m. on TV38 (WSBK-TV). He is also a contributor for CBS News, often found reporting on breaking severe weather across the country.

Born and raised in New England, Eric says there are few places on earth that produce weather like this little corner of the U.S. It offers the challenges of blockbuster snowstorms, hurricanes, tornadoes, heat waves, frigid cold snaps and dramatic seasonal shifts. Eric vividly remembers Memorial Day of 1995 as a day that helped solidify his path as a meteorologist, when an infamous tornado ripped through Great Barrington in the Berkshires. Glued to the red warnings crawling across the screen and watching the radar, his career in weather was born.

Fisher joined WBZ-TV News from The Weather Channel in Atlanta where he spent three years as a Meteorologist. He produced and delivered national forecasts and contributed to numerous live reports on extreme weather for The Weather Channel, NBC Nightly News, TODAY and MSNBC. Some of the most notable events Fisher reported from include the Moore, Oklahoma tornado in 2013; the 2011 tornado Super Outbreak; Hurricanes Sandy, Irene, and Isaac; and the massive blizzards that essentially shut down New York City in December of 2010 and Boston in February of 2013. Recent times have unfortunately provided no shortage of natural disasters. Previously Fisher worked as the morning meteorologist at WGGB-TV in Springfield, Massachusetts.

A supporter of science and learning, Eric is a member of both the Mount Washington Observatory and the Blue Hill Observatory here in New England. Eric is a graduate of the State University of New York at Albany (SUNY) with a B.S. degree in Atmospheric Science.

Start reading Mighty Storms of New England on your Kindle in under a minute.

Matthew Moll
5.0 out of 5 stars Phenomenal look at New England weather!
Reviewed in the United States on October 25, 2021
Verified Purchase
For years I’ve been waiting for a book like this to come out about New England weather, and Eric hit this out of the park!! Growing up as a New England/Boston weather junkie, and recently having obtained a degree in meteorology myself, I’m fairly familiar with many of the storms that have hit the area. Eric taught me a LOT in this book about storms I thought I knew much about, almost every storm there were multiple times when I’d say to myself “wow, I had no idea that happened!”. I learned so much!! “The Dark Day of 1780” is something I had never heard of before. This book is very accessible to all readers, keeps your attention and has you hoping he comes out with a second book sooner than later. You’ll learn a ton reading this book, and have a great time as your doing it. I’ve taken to pulling up sources listed in the bibliography/source section I’m so intrigued by so much of what is in the book. This book really fills a void in written works on New England weather. Highly recommend!!!
Read more
One person found this helpful
Helpful
Report abuse

Diane A Alba
5.0 out of 5 stars Good book
Reviewed in the United States on November 15, 2021
Verified Purchase
Very good information in this book
Read more
Helpful
Report abuse
See all reviews
Back to top
Get to Know Us
Make Money with Us
Amazon Payment Products
Let Us Help You
EnglishChoose a language for shopping. United StatesChoose a country/region for shopping.
© 1996-2021, Amazon.com, Inc. or its affiliates