You've subscribed to The Alexanders! We will preorder your items within 24 hours of when they become available. When new books are released, we'll charge your default payment method for the lowest price available during the pre-order period.
Update your device or payment method, cancel individual pre-orders or your subscription at
Your Memberships & Subscriptions
There was an error. We were unable to process your subscription due to an error. Please refresh and try again. 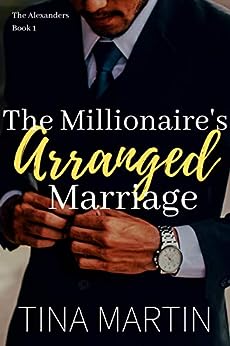 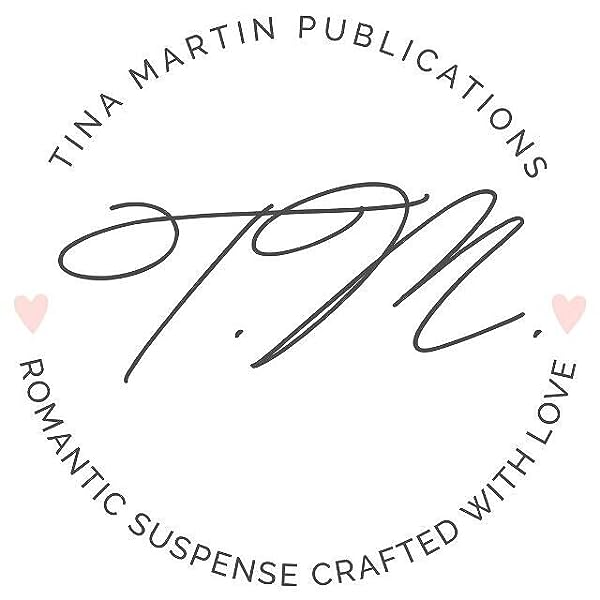 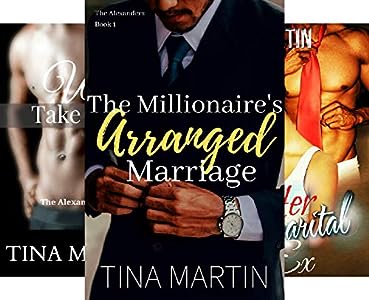 For the best reading experience, read The Alexander Series in order:
Book 1 - The Millionaire's Arranged Marriage
Book 2 - Watch Me Take Your Girl
Book 3 - Her Premarital Ex
Book 4 - The Object of His Obsession
Book 5 - Dilvan's Redemption
Book 6 - His Charity Challenge

Tina Martin is the author of women's fiction.
Read more

4.4 out of 5 stars
4.4 out of 5
69 global ratings
How are ratings calculated?
To calculate the overall star rating and percentage breakdown by star, we don’t use a simple average. Instead, our system considers things like how recent a review is and if the reviewer bought the item on Amazon. It also analyzes reviews to verify trustworthiness.
Top reviews

Felicia Denise
5.0 out of 5 stars What a ride!
Reviewed in the United States on June 14, 2014
Verified Purchase
Let's get one thing out of the way - Dilvan doesn't have, nor will he ever have, any redeeming social value! Arrogant, spoiled, selfish, and rude are just a few of his traits that would lead me to push him into oncoming traffic. That being said, he is by far the best book villain I've come across in quite some time - the kind you love to hate!

In an attempt to save him from himself, Dilvan's Sri Lankan mother forces him into an arranged marriage. He's furious, but it's either marry...or get cut off from the family fortune. Dilvan is a much sought after male model and makes good money, but his extravagant lifestyle requires millions, so marry he does. And, he has to stay married for one year, with NO outside affairs. Enraged over the sudden turn his life has taken, Dilvan decides if he has to be miserable, then so will his new wife, Gabrielle, and with any luck she'll leave long before the year is over.

The man is a monster! I won't go into details, but the emotional and mental abuse he subjects his wife to is nauseating! It's also stressful enough to send her through two miscarriages that he doesn't even know about. Gabrielle is so sweet, non-confrontational, speaks to him only when spoken to and never looks him in the eye. Why does she put up with him? Her family needed the money given to her by Dilvan's mother to marry him. (Personally, I still would have swung on him to at least make him back off. But, I cannot stand a bully.)

Dilvan's family has suspicions about what goes on in his home, so when he's leaving town for a photo shot, his mom arranges to have his cousin, Tyson, stay at his home to "keep an eye on things". Dilvan doesn't like it one bit, afraid of what Gabrielle might say in his absence, but goes anyway. After coming to Gabi's aid during a medical emergency, she and Tyson become close. She also spills the beans to her mother-in-law and is moved out of Dilvan's house...and into Tyson's. SERIOUSLY??? Dilvan gets a HUGE revelation of his own and rushes home to find out the truth.

Things really pick up from there, and along the way, Gabrielle finds her spine. Good for her!

My only issues with this great story is Gabrielle's age - 21, and being caught in this "semi" triangle. I just don't feel she has the finesse OR can develop it yet for all that she needs to do. Her actions leave both men feeling betrayed, and while we couldn't even begin to care less about Dilvan's "feelings", Tyson is every woman's dream and has already been badly hurt emotionally. I am definitely #Team Tyson, and I want what's best for Gabi - I just don't feel SHE is the best thing for him - not in her current state.

She has found her spine, maybe she finds some attitude next! Things will definitely get interesting.
Read more
9 people found this helpful
Helpful
Report abuse

Wilmaran
3.0 out of 5 stars A good read but left wondering!!
Reviewed in the United States on May 1, 2014
Verified Purchase
This is the first book I've read from this author. I look forward to discovering the works of different authors and their genre.
When I read the preview of this book I was so excited. I love the good old fashion drama in a romance novel without someone
on the run for their life or needing body guards because someone wants them dead! The characters were strong and believable.
Fell in love with Tyson. He was a strong alpha male confident enough to show compassion and empathy. Gabrielle was young
with the low self esteem you would naturaly see in an abused woman. Even Dilvan being the misunderstood spoiled abuser
was spot on. A great job was done building all the characters in order for us to be able to relate to them. I enjoyed this book
from the moment I started to read. Couldn't put it down from start to finish. Absolutely loved all the POVs. I love reading what
the characters are thinking about and have to say!!! That being said peeps if you're like me and need a HEA this is not the book
for you. Yep, that's right. Believe it or not after all that wonderful drama the guy doesn't get his girl. There were no reviews for
this book for me to read. Because if someone would have written this in their review I wouldn't have bought this book. Sorry
Ms Martin need my HEA. Such a shame. Could have been a wonderful book.
Read more
11 people found this helpful
Helpful
Report abuse

stacey
2.0 out of 5 stars Better suited for kindle unlimited
Reviewed in the United States on March 5, 2018
Verified Purchase
The description drew me in and I wasn't to found on paying for such a short book but I gave it ago. I won't be finishing the series, do think it necessary that she broke it up in 100 page books. Her writing style is very very superficial nothing really in depth about the characters or writing.
Read more
7 people found this helpful
Helpful
Report abuse

K. Hayes
5.0 out of 5 stars A surprisingly great story
Reviewed in the United States on May 28, 2014
Verified Purchase
I have to start off by saying that I was very skeptical about purchasing this book. After reading the synopsis, I couldn't see how I would be interested in a story about a man that treated a woman so horribly. How could this be a romance? Where exactly would the romance come into play? Those are just some of the questions I asked myself.

I was intrigued enough, however, to take the plunge. I am very happy I did. Admittedly, it was hard to get through some of the scenes with Dilvan and Gabrielle in the beginning. He was truly a horrible man. How could he possibly redeem himself? I still don't think that he can.

Along comes Tyson. The complete opposite of Dylan. Exactly what was needed to turn it around from a tragedy to a love story. I love everything about Tyson and I am rooting for him and Gabrielle.

Gabrielle has been through a lot for her young age and her story is heartbreaking but I was glad to see that she came into her own. Although I find that her situation could be considered a bit unrealistic, I do not think it is out of the realm of possibility.

It was a little disappointing to learn that I have to wait around for a part two. I think the story could have been wrapped up in one book. With that being said, however, I am more than ready to hit that 1 click when book 2 is released!

This was my first novel by this author and I am impressed! The characters were very well developed and the story was told in a way that captured my interest from beginning to end. I look forward to reading others.
Read more
One person found this helpful
Helpful
Report abuse

Shawn Alexus
5.0 out of 5 stars Good read.
Reviewed in the United States on December 15, 2019
Verified Purchase
I enjoyed this book. It was like a Hallmark or Lifetime movie. Gabrielle was selected as a wife for a sri lankan culture. I was surprised because I thought it would be one of those arranged marriages where there wasn't an instant bond--wasn't expecting the shock of this marriage.
Read more
Helpful
Report abuse

Toni Bonita
5.0 out of 5 stars Sorry Won't Work
Reviewed in the United States on January 15, 2020
Verified Purchase
This story had me cussing, angry, and ready to kill a character. Tina touched emotions I forgot I had. Grabby only to help her family but not at the expense of losing her dignity.

# Love to Read
4.0 out of 5 stars Tyson is the man
Reviewed in the United States on November 19, 2020
Verified Purchase
Gabrielle was a sweet young lady. Dilvan was a self centered snob. Tyson is the only one I really like. Cliffhangers I don't like. First time reading this authors work. I will purchase another book.
Read more
Helpful
Report abuse
See all reviews