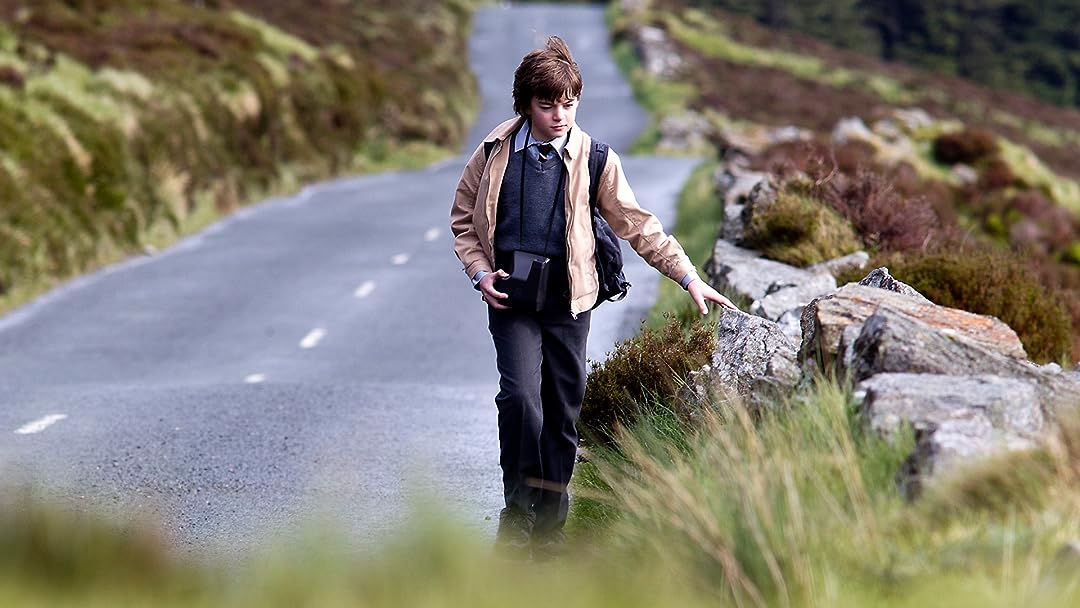 (41)
1 h 34 min201213+
Milo, an isolated 10 year-old boy with 'sensitive skin', is rigidly controlled by his father. He runs away from home and enjoys pure freedom from constraint until he learns the shocking truth about his skin condition. Filled with doubt about his father's love for him, Milo must try to come terms with with who he really is. Dutch language film with English subtitles.

MichaelReviewed in the United States on November 21, 2018
5.0 out of 5 stars
I love this little movie. Your kids would love it too......But, they used the 'F' word a lot.
Verified purchase
A film is about a 10 year old boy who has a medical skin condition. A sweet Hungarian Mother. and an SOB English Father.
You know, I don't get it. Why do they seem to think we need to hear the 'F' word in all movies.
It's not necessary. It just makes it so kids can't watch it. Yes....I'm not so stupid, that I don't know that
kids today used the 'F' word all the time. I'm just saying that in movies it is not necessary.
The movie industry should add another rating to their list: G, GP, GP-13, R, NC-17 and the new one 'F'.
Add it to the regular ones....like......PG (F) or PG-13 (F). Signifying that the 'F' word is used in the movie.
That would include other words too. 'N', 'C'.
I'm talking about responsible parents. Tell the movie industry to clean up some of the family movies.
Also, tell them to make more 'G' Movies for the family.
Sorry...Anyway, the movie is great. It's almost a must see.

Be HonestReviewed in the United States on August 12, 2018
4.0 out of 5 stars
Adversity & Love
Verified purchase
The movie starts off a bit slow and builds and builds as it plays out. The movie itself is a bit of a hidden gem and like many movies I would rather know less and go by the reviews instead (star counts). Sometimes for good others for missed chances to see a good movie as many reviewers these days seem to be adult children and stuck up internet trolls. That said, I felt it my duty to say good things about this one. The way the story develops and the way in which we see each person grow (into adulthood) so quickly to become so much stronger than they were at the beginning leaves you feeling good at the end. But it is not like most stories in this vein as you can feel the grit and reality of it all as well as the drama not being some typical Hollywood rich person going poor or someone not being popular in life or school. Nope, this movie stands on it's own and what struck me as novel was the way in which even the "bad guys" grew up a it through their experiences. I only gave it 4 stars and that's because I reserve the 5 for the seriously mind bending stories (sorry film team). You cannot go wrong with this movie especially once your sick and tired of the same old Hollywood style family stories and faked emotional value films that seem to get all the attention. This feels honest, authentic and well acted.
9 people found this helpful

Melissa GReviewed in the United States on January 10, 2021
5.0 out of 5 stars
Touching film about a sweet kid named Milo
Verified purchase
Milo is a really sweet and quiet kid. He's bullied at school and at home by his narcissist father. His mother is kind but she's no match for his dad. He lives a very privileged life, in a very nice home and neighborhood, and attends what appears to be an elite private school. Despite all this, he is extremely isolated, which is typical of a home headed by a narcissist. He desperately wants to engage with his friend on a school camping trip, but dad says no. This kid doesn't give up and asks his granddad, who appears to be the true source of the family's wealth. Despite all his efforts, dad intervenes and takes the cash his father gave his son for the camping trip- exactly what you'd except a narc to do. On the departure day of the camping trip, Milo sees his best friend and next door neighbor hugging her mom goodbye and he makes the monumental decision to steal the cash and pack his bag and run away for the park. Unfortunately, he doesn't make it, and by twist of fate, he meets a charismatic hippie woman, Star, who is instantly charmed by the boy. As she and her partner soon discover, the boy comes from a wealthy family, but that's not the only thing they discover. Despite all this, the hippies don't actually use this for their own financial gain, as Star has nearly adopted the boy in her heart. They decide the best course of action is to let Milo decide where and who he wants to be with. Its an endearing film, touching on sensitive topics of emotional abuse and isolation.
3 people found this helpful

Terra IncognitoReviewed in the United States on January 7, 2018
5.0 out of 5 stars
sensitive story well told. good acting
Verified purchase
enjoyed the movie very much. All the characters believable. The hippy couple just right balance of semi-outlaws living on the fringe of societhy and yet deeply empathic. There is enought tension to allow for narrative to be unpredictable as to how it will turn out. The boy playing the lead is utterly charming and sweet. A lot of issues raised, but not preachy.
15 people found this helpful

RomReviewed in the United States on August 25, 2019
2.0 out of 5 stars
Horrible ending
Verified purchase
The movie started off slow building up the characters. Once it got to the climax it was a lot better. I had high hopes for the movie but ended on a flat note. The last scene was such a big disappointment that left me regretting even starting this movie. *Spoiler*The boy and his mother seemed to have high morals...why change the characters to be thieves on the run looking to meet up with other thieves and following the mothers life of a gypsy. So sad.
3 people found this helpful

Woman Inside WaterReviewed in the United States on June 14, 2018
5.0 out of 5 stars
This is one of the better movies I've seen on Amazon Prime.
Verified purchase
It is the touching story of a runaway boy, who left his home because he was too sheltered by his overprotective parents. He finds safety and caring with an old criminal couple. The woman starts to feel very motherly towards him and the man comes around, too. His real parents have mixed feelings: His mother tries to be supportive, while his father continues with the same cruel behavior. Once this plot hooks you, you have to watch it until lthe end. You'll be glad you did.
7 people found this helpful

J. CampbellReviewed in the United States on January 25, 2021
1.0 out of 5 stars
Simplistic
Verified purchase
Not bad, but not good enough to be in my reccomendations every day
One person found this helpful

Jennifer WagnerReviewed in the United States on February 23, 2020
3.0 out of 5 stars
F bombs and sex scene
Verified purchase
So many uses of the f-bomb. And FYI, there is a (completely unnecessary) sex scene. It's brief, but it's shown, and there's thrusting and moaning. Was not expecting that from a "family movie" and wish I would have known beforehand. Makes for an awkward and uncomfortable moment if you haven't had "the talk" with your kids. The ending was abrupt, and left no closure.
One person found this helpful
See all reviews
Back to top
Get to Know Us
Make Money with Us
Amazon Payment Products
Let Us Help You
EnglishChoose a language for shopping. United StatesChoose a country/region for shopping.
© 1996-2022, Amazon.com, Inc. or its affiliates