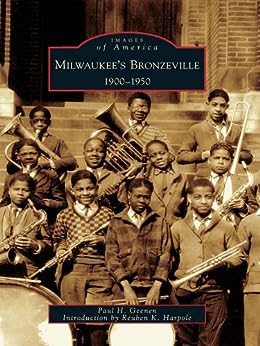 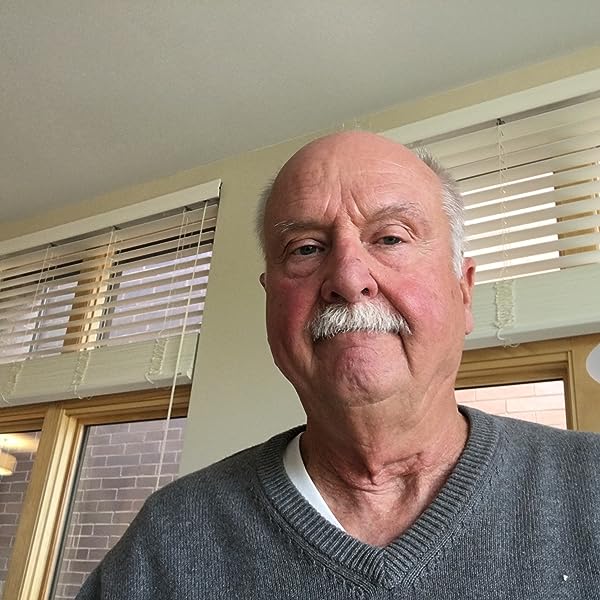 by Paul H. Geenen (Author), Reuben K. Harpole (Introduction) Format: Kindle Edition
See all formats and editions
Sorry, there was a problem loading this page. Try again.
With the migration of African American sharecroppers to northern cities in the first half of the 20th century, the African American population of Milwaukee grew from fewer than 1,000 in 1900 to nearly 22,000 by 1950. Most settled around a 12-block area along Walnut Street that came to be known as Milwaukee�s Bronzeville, a thriving residential, business, and entertainment community. Barbershops, restaurants, drugstores, and funeral homes were started with a little money saved from overtime pay at factory jobs or extra domestic work taken on by the women. Exotic nightclubs, taverns, and restaurants attracted a racially mixed clientele, and daytime social clubs sponsored �matinees� that were dress-up events featuring local bands catering to neighborhood residents. Bronzeville is remembered by African American elders as a good place to grow up�times were hard, but the community was tight.
Read more
Previous page
Next page
Due to its large file size, this book may take longer to download

Paul H. Geenen is a community activist in Milwaukee who, after hearing some of the stories told by people who lived through the Milwaukee Bronzeville era, believes these stories should be kept and shared through the photographs collected in this book. Each page gives a glimpse into that special time and place in Milwaukee that ended mid-century with urban renewal and the construction of a freeway through its heart.

Toots042
5.0 out of 5 stars Going Home
Reviewed in the United States 🇺🇸 on October 2, 2012
Verified Purchase
I was born and raised in Milw but our community was never known as Bronzeville.
Altho I was only 10 in 1950, there were many many memories in the book, my grammar school,Ninth Street School, the Regal Theater that we were able to go to on Sundays but only if we had gone to church first, St Mark's AME, Lapham Park social Center, the picture of the gas station, Tankar, that was on the corner of 8th and Walnut Street and 2 spaces just north of where I was born and raised, St Benedict Boarding school where my mother spent her formative years, on and on.I remember my mother, Gwen Kleckley, working with Vel Phillips on her political endeavors. My Dad, Mose Kleckley, had Kleckley's Poolroom at 811 W Walnut in the basement of the Robeson building during this time.
I went home in Aug 2012 after having left in 1963 and there was nothing there.The trip was rather disappointing but the book made me cry. We had created so much in such a small area and the city saw fit to run the freeway right thru it.
My tearful thanks to all who contributed to the creation of this book. I love it and wish it had covered more years, 1950 thru 1960 or so, before it disappeared. Bless you all.
Toots042
Read more
Helpful
Report abuse

Frank D. Janzow
5.0 out of 5 stars Excellent!
Reviewed in the United States 🇺🇸 on December 26, 2020
Verified Purchase
This book gives an excellent summary of the story of Mikwaukee Brownsville, a community of successful Black businesses and families, before decisions were made by the city that did it in. The book is filled with fascinating photos from that time. I recommend this book to everyone who has an interest in the history of race in a northern city.
Read more
Helpful
Report abuse

Amazon Customer
5.0 out of 5 stars Very comprehensive book
Reviewed in the United States 🇺🇸 on March 11, 2021
Verified Purchase
I like how it talked about all aspects of blacks in Milwaukee at that time. The pictures brought back a lot of memories of people and places that I, my parents and grandparents knew or frequented while living there. I am absolutely satisfied with the book.
Read more
Helpful
Report abuse

The Sunlight Caller
5.0 out of 5 stars Great book
Reviewed in the United States 🇺🇸 on April 20, 2013
Verified Purchase
This book was a little before my time (1951) smile. I still remember from friends and family about Bronzeville, Walnut Street and all the other places in the community before urban renewal changed the area. I wish that a follow up in the makings from 1951 to the 80's. A great book if you are a Milwaukee lover.
Read more
Helpful
Report abuse

Anthony G Myers
1.0 out of 5 stars Historic Subject Matter Deserved Much More
Reviewed in the United States 🇺🇸 on March 10, 2017
Verified Purchase
I was quite disappointed with the quality of this publication. While I thought the subject matter compelling and the writing sufficient, the quality of the images in the book was poor, even amateurish for a photography-based book, the paper quality was horrendous and the book's size is much smaller than expected for the price. Such an important topic and historic subject matter warranted much better and higher quality production and treatment.
Read more
Helpful
Report abuse

robin friedman
VINE VOICE
5.0 out of 5 stars Milwaukee's Historic African American Community
Reviewed in the United States 🇺🇸 on May 22, 2008
Early in the Twentieth Century, Milwaukee's African American population numbered less than 1000. With immigration primarily from Mississippi and Arkansas following WW II, the population reached almost 22,000 by 1950 and over 62,000 by 1960. Most of the African American community lived in a small, segregated area in the north of Milwaukee then known as Bronzeville. This book of photographs and commentary in the "Images of America" series, "Milwaukee's Bronzeville: 1900 -- 1950" tells the story of the community.

The author, Paul Geenen, is a community activist and businessman who has had broad ties to Bronzeville over the years. Geneen compiled the photographs from archival sources and from families who had lived in Bronzeville. Reuben Harpole, a member of the Milwaukee Urban League and a professor at the University of Wisconsin -- Milwaukee for many years wrote the introduction to the volume.

I grew up in Milwaukee and lived in the city from 1947 -- 1968. Thus, the community in this book is somewhat before my time. But I knew the African American portion of the city, located perhaps two miles east of the part of the city in which I lived. I rode through it often on the bus, walked through it on frequently as a grew older, and went to a record shop in the midst of the community to buy the rhythm and blues records to which I was devoted. Given the time, unfortunately, I had no close friends who lived in the area.

Geenen's book offers a compelling portrait of this too-little known center of African American life. He focuses on the close-knit character of the community. Many of his photographs follow the history of a small number of families, showing parents and children as they go to school, work on the job, and participate in community activities. Thus the book offers a sense of continuity in looking at Bronzeville.

Geenen's book is organized into eight short chapters which consider commercial development in Bronzeville, the many churches of the community, education, entertainment, sports, family, work life, and the leaders of the community. Of these subjects, religious life and education probably receive the most attention, as Geenen describes in detail education and religion at a Catholic institution known as St. Benedict the Moor. This school offered education to local children, and it was also the only African American boarding school in the United States. Many other churches and schools also receive attention in the book.

Geneen also describes the entertainment available in Bronzeville, which was patronized by both African Americans and whites alike. Clubs such as the Flame and the Moon Glow, established in the 1920s, were the most famous, but there were many others. The area was known for blues and jazz, and Geenen offers photos of singers, combos, sax players, pianists, and leggy dancers. He brings to life the joy of African American music. I would like to know whether any of the musicians he mentions were recorded. Besides the musical scene, Geenen describes the entertainment of "policy" or numbers which was everywhere in Bronzeville.

Some of the individual photos in this book I thought worked especially well as photos and as gateways into the community. Early in the book, I enjoyed the series of photos of the early days of the community, with its unpaved streets, streetcars, and small family stores. (pp.12-13) A wonderful picture of the beginnings of the Greater Galilee Church, which still thrives in the area, is shown in a humble home on 8th and Vliet Street. (p. 28) I liked the photos of saxophonists, musicians and high-stepping dancers. (pp.60-64) And there is a fine shot of a young Bronzeville swimmer high in the air off a diving board in a Bronzeville swim meet in 1944. (p77) A pillar of the community, Judge Randolph Parrish, known as the "mayor" of Bronzeville appears in a dignified portrait in his judicial robes. (p. 126)

The portrait that emerges from this book is of a community that endeavored to function as a cohesive whole with members who sought to improve themselves, educationally, financially, and spiritually, under harsh circumstances. I enjoyed the opportunity to get to know better this community of my hometown. This book will appeal to readers with an interest in Milwaukee and to those interested in African American history.

Oak Creek, WI
5.0 out of 5 stars heart warming
Reviewed in the United States 🇺🇸 on March 9, 2007
This is an amazing book. Although I was born after the time period it was written for there were a lot of photos and names I recognized. But most importantly, I saw the the glimmer and excitement in my parents face as they walked down memory lane while reading this book together. I have to keep it under a watchful eye as friends and family try to walk off with it.
Read more
2 people found this helpful
Helpful
Report abuse
See all reviews
Report an issue
Does this item contain inappropriate content?
Report
Do you believe that this item violates a copyright?
Report
Does this item contain quality or formatting issues?
Report