Mindsight: The New Science of Personal Transformation and millions of other books are available for Amazon Kindle. Learn more
Share <Embed> 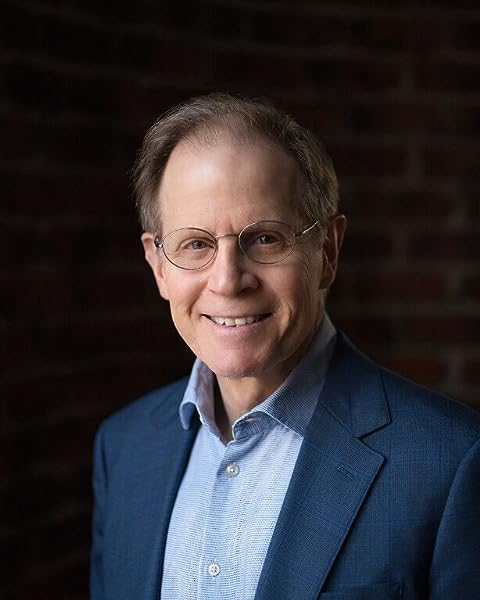 4.6 out of 5 stars 1,200 ratings
See all formats and editions
Sorry, there was a problem loading this page. Try again.
Previous page
Next page

Start reading Mindsight: The New Science of Personal Transformation on your Kindle in under a minute.

4.6 out of 5 stars
4.6 out of 5
1,200 global ratings
How are ratings calculated?
To calculate the overall star rating and percentage breakdown by star, we don’t use a simple average. Instead, our system considers things like how recent a review is and if the reviewer bought the item on Amazon. It also analyzes reviews to verify trustworthiness.
Top reviews

AM
5.0 out of 5 stars Highly recommended to finally understand adult relationship issues, why they occur, and how to help resolve them.
Reviewed in the United States on April 3, 2017
Verified Purchase
I have been looking for insight into my relationship experiences and challenges for almost 30 years. I've been in therapy for years with multiple therapists and had never heard the words "adult attachment theory" until I started seeing a new therapist earlier this year. I feel cheated, but that's another story. I now feel like I have entered an entirely new world where relationship issues now make sense. My new therapist recommended the book "Attached," which started to open my eyes, but I was left with a lot of questions and craving more information about adult attachment issues. "Mindsight" was the answer. This is a technical book about a complex subject but Siegel explains things well and gives very detailed real life examples. It is very analytical and explains the brain behind the emotions and behaviors that shape our relationships. It is particularly helpful in understanding anxious/avoidant attachment styles, which Siegel calls disorganized attachment, and avoidant. He also provides clear explanations of exercises and approaches in therapy that helped his patients resolve attachment issues. I can't recommend this book enough for insight and some relief that there is an explanation for human vulnerabilities in relationships. I have already recommended it to people I know. I have read tons of relationship books and now recommend this book followed by "Getting the Love You Want" to next understand who we are attracted to and what to do about it. There's no need for other books, these two explain it all as far as I can tell.
Read more
213 people found this helpful
Helpful
Report abuse

M.F.
1.0 out of 5 stars I so badly want to like Dr. Siegel's work (this is the 3rd book ...
Reviewed in the United States on July 21, 2017
Verified Purchase
I so badly want to like Dr. Siegel's work (this is the 3rd book of his I've attempted to read). For the most part, I agree with the basic philosophical orientation and commitments that guide his writing, and the territory he keeps writing into from different angles (basically, the mind's significance and its connection to human well-being) is relevant and important. With this being said... I don't know how his books get published as they are absolutely painful to read. What I don't understand is that you can hire an editor to proof your work and help you organize and clarify your writing for a fair price. All three of his works that I've read suffer from the same basic stylistic writing deficiencies: redundancy (I could easily condense all three books that I've read into less than one book), odd/inaccessibly turn of phrase, and most of all, an absolutely dreadful lack of sustained conceptual focus, clarity, and organization. The biggest tragedy, in my opinion, is that because of his unresolved stylistic issues, the core idea(s) of his books remain inaccessible. It's like trying to walk somewhere beautiful with a map that's indirect at best and utterly incomprehensible at worst.

Honestly, just read the summaries of his books or any reviews of them online and you'll have basically 90% of the book. Save yourself the $.
Read more
151 people found this helpful
Helpful
Report abuse

Brian Johnson | Optimize
5.0 out of 5 stars I love connecting deeper with Dan and his work.
Reviewed in the United States on October 6, 2016
Verified Purchase
“Within each of us there is an internal mental world—what I have come to think of as the sea inside—that is a wonderfully rich place, filled with thoughts and feelings, memories and dreams, hopes and wishes. Of course it can also be a turbulent place, where we experience the dark side of all those wonderful feelings and thoughts—fears, sorrows, dreads, regrets, nightmares. When this inner sea seems to crash in on us, threatening to drag us down below to the dark depths, it can make us feel as if we are drowning. Who among us has not at one time or another felt overwhelmed by the sensations from within our own minds? Sometimes these feelings are just a passing thing—a bad day at work, a fight with someone we love, an attack of nerves about a test we have to take or a presentation we have to give, or just an inexplicable case of the blues for a day or two. But sometimes they seem to be something much more intractable, so much part of the very essence of who we are that it may not even occur to us that we can change them. This is where the skill that I have called “mindsight” comes in, for mindsight, once mastered, is a truly transformational tool. Mindsight has the potential to free us from patterns of mind that are getting in the way of living our lives to the fullest.”

Dan Siegel is one of the world’s leading neuroscientists and psychotherapists. A Harvard Medical School graduate and Professor of Psychiatry at the UCLA Medical School, he founded the field of “Interpersonal Neurobiology.”

He’s brilliant (!) and delivers his wisdom in a captivating, poetic style.

He’s also an incredibly *good* human being. We connected for the first time years ago and I was immediately captured by his profound embodiment of the truths he teaches—a big heart and wonderful, loving presence matched with a deep sense of personal humility.

This book is fantastic. The central theme is that we have the capacity to observe and shape our own minds—an ability Dan calls “mindsight.” In short, the quality of our lives is shaped by our ability to cultivate our mindsight.

Let's jump in and explore some of my favorite Big Ideas:

Here’s to the diligent, patient, persistent effort required to push our consciousness up the hill so we can watch it roll down into the valley of coherence!

More goodness— including PhilosophersNotes on 300+ books in our ​*OPTIMIZE*​ membership program. Find out more at b[...]
Read more
39 people found this helpful
Helpful
Report abuse
See all reviews

Leitir
5.0 out of 5 stars An integration of self for connection with others
Reviewed in the United Kingdom on July 31, 2019
Verified Purchase
This is a really worthwhile book for any person to read - full stop. While it focuses on a number of case studies to illustrate advice and insight with remarkable depth of humanity, its focus is anything but pathological. If you have even an inkling - a mental itch - that there is more to you than meets the mind’s eye as you currently perceive it- then this book is for you. It got me to thinking about many aspects of my life in ways that are both new and ancient - and for this alone, I am thankful to Daniel Siegel. I look forward to reading more in this vein.
Read more
One person found this helpful
Report abuse

BA
4.0 out of 5 stars Insightful
Reviewed in the United Kingdom on October 23, 2019
Verified Purchase
This book helped me to get a clearer and deeper understanding of how the human mind works - it a nut shell we all need connection.
Read more
Report abuse

Diana Filip
5.0 out of 5 stars Mindful
Reviewed in the United Kingdom on October 27, 2021
Verified Purchase
Amazing book, in my opinion. I love the "dance" between therapy, psychology and meditation. I also like that the author used scientific evidence backed up by his client's experiences.
Read more
Report abuse

casimps
5.0 out of 5 stars Delving into the mind
Reviewed in the United Kingdom on November 2, 2017
Verified Purchase
A fascinating look at the way the physical brain works to produce thought, lay down memories and create sense out of our development.
Read more
4 people found this helpful
Report abuse

steffdn
5.0 out of 5 stars As expected.
Reviewed in the United Kingdom on March 7, 2017
Verified Purchase
Excellent! Well written and accessible.
Read more
2 people found this helpful
Report abuse
See all reviews
Back to top
Get to Know Us
Make Money with Us
Amazon Payment Products
Let Us Help You
EnglishChoose a language for shopping. United StatesChoose a country/region for shopping.
© 1996-2021, Amazon.com, Inc. or its affiliates