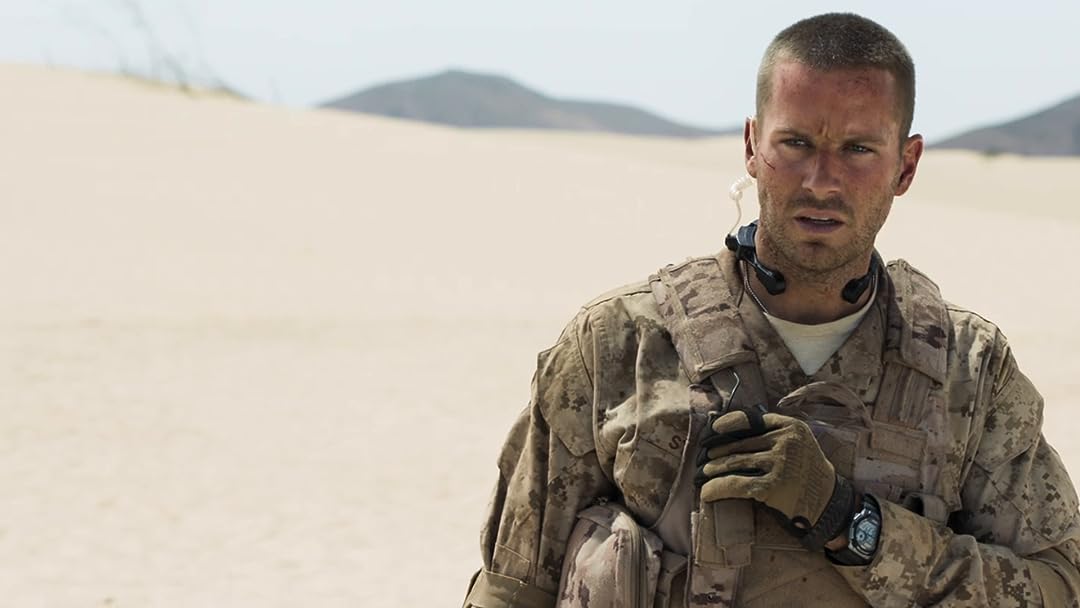 (612)5.91 h 46 min2017X-Ray16+
This action packed military thriller stars Armie Hammer as a marine who stranded in the desert for 72 hours after a mission falls apart must fight for survival against enemies, the hostile environment and the creeping psychological toll of his treacherous situation.

Thomas JReviewed in the United States on March 20, 2021
1.0 out of 5 stars
What Army Is He In ?
Verified purchase
Disobeys an order lets a terrorist go because he does not want to hurt anyone else REALLY I hope this guy is not protecting our country Couldn't watch any more turned the movie off.and this review is from a real ex ARMY soldier.
37 people found this helpful

James C. BrewerReviewed in the United States on April 3, 2021
1.0 out of 5 stars
Not so good
Verified purchase
As an Iraq/Afgan vet who was not in this exact situation but could have been several times..this movie is insulting and disrespectful in so many ways...
Does Hollywood really believe that we(men/women in uniform) were abused as children and that we serve in the military because we can't do anything else...

PraetorianReviewed in the United States on April 6, 2021
1.0 out of 5 stars
Waste of time
Verified purchase
Disrespectful to US military. Couldn't watch more than 30 minutes of it and had to turn it off. Movie made by liberals no doubt, making our soldiers look like retards.
29 people found this helpful

Michelle LunsfordReviewed in the United States on April 11, 2017
4.0 out of 5 stars
A well done character driven piece.
Verified purchase
I've read that this didn't get terribly positive reviews. I understand how this film could disappoint, depending on what you anticipated seeing in a story of this style. I found it to be more about the character of Mike, and how being forced into this crisis in the middle of the desert demands he confront his inner demons. As I love a good character narrative, I found it quite enjoyable.

The story is told in a slightly disjointed fashion - flashbacks mixed with current scenes, some of which are hallucinations. Yet this style kept me attentive (rather than frustrated) throughout, and it managed to convey something of Mike's own emotional and mental state. Armie Hammer does an outstanding job selling each and every moment of the story.

The violence, language, and "gore" were not too much for me (as is often the case in military themed films).
37 people found this helpful

Jon VanirsonReviewed in the United States on April 7, 2021
2.0 out of 5 stars
...Marines deserve better, they are not boring, like this movie.
Verified purchase
Even after 15 minutes the movie started to drag and I gave up.
Became absurd, with $1,000s of the most advance combat equipment, the Marines did not have hats or head covering with 120 degree heat!
To make make things more absurd, the so called dessert , the sky was full of clouds??!!
9 people found this helpful

KJPReviewed in the United States on April 24, 2021
2.0 out of 5 stars
Totally not realistic.
Verified purchase
Ok, he's supposed to be a Marine and at one point they say he's a Soldier (or did he claim to be a Soldier? I don't remember and it doesn't matter). At least have a military consultant on staff when you make a military film. Soldiers = Army. Marines are Marines. Wild dogs attack him and he still stays put on what turns out to be a tin can. I'm pretty sure my desperation and attitude would have caused me to either dig up the "mine" to see what I'm dealing with or risk jumping to one side and losing a foot or leg or worse, long before this movie showed it happen. Then, closer to the end of the movie in his dehydrated, hallucinating state, he makes standing rifle shots in a moment of clarity. Oh wait, and by some miracle, he was able to find mines and explode them to provide a sand screen by shooting with his pistol. Or was this a hallucination too? I give the actor an A for effort and that's the only reason it got a 2-star rating. What were the writer, director, and producer thinking when they approved this disaster?
5 people found this helpful

LambertRecoveryReviewed in the United States on January 31, 2018
2.0 out of 5 stars
A slow, tedious, grind to get thru this film.
Verified purchase
Wholly cow, this was painful to watch and I only give it 2 stars because I like Armie Hammer the actor and I appreciate his effort in making the film. What effort? Well 90% of this film is "watching" Hammer standing on a land mine while he has hallucinations and it is tedious to say the least. I had to FF thru most of this film just to get to its conclusion and the "hook" used to tie the film all together at the end was annoying not clever. Their are several good films about the war in Iraq/Afghanistan out right now--this isn't one of them.
18 people found this helpful

brianReviewed in the United States on April 4, 2021
4.0 out of 5 stars
well-done drama
Verified purchase
overall the acting (limited to a select group of characters) was good and in some cases very moving.. some have commented the movie does move a bit slow at times but the soundtrack and the realism behind it helps this immensely. the lead supporting role of the 'Berber' man was very well done and a huge and central piece to the storyline. amazing how such a barren and dangerous land could move such passion and emotion into the soldier.
4 people found this helpful
See all reviews
Back to top
Get to Know Us
Make Money with Us
Amazon Payment Products
Let Us Help You
EnglishChoose a language for shopping. United StatesChoose a country/region for shopping.
© 1996-2021, Amazon.com, Inc. or its affiliates