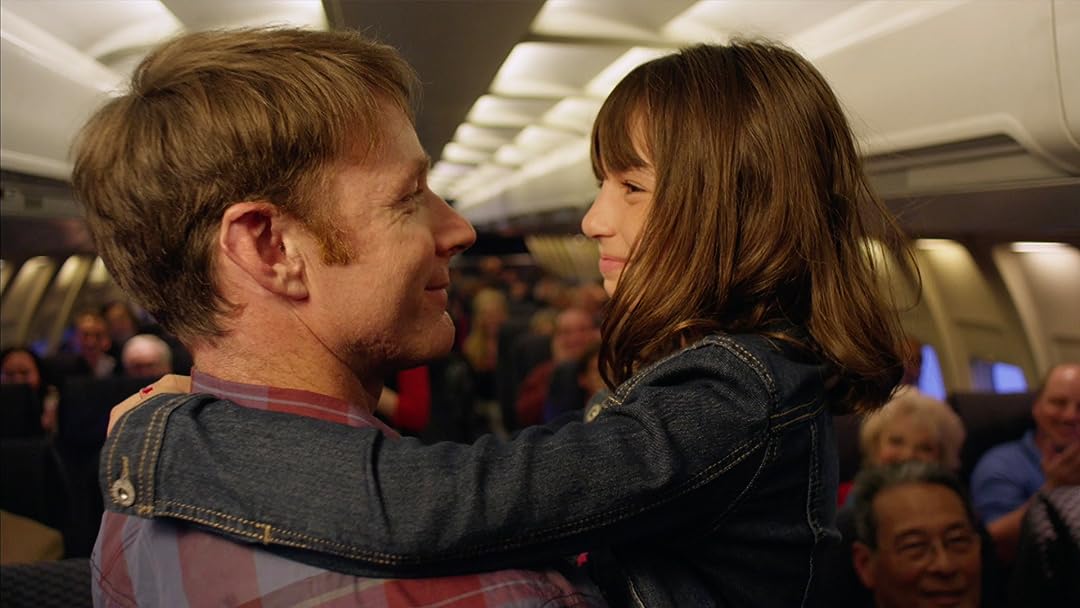 (11)
6.447min2013ALL
Its Christmas Eve and an unexpected weather delay at the airport has left travelers stranded, including a recently widowed father and his daughter and a young man trying to run from his past. Each of the travelers has their own personal struggles and as the night unfolds, we learn about their journeys and watch as each is given a Miracle at Gate 213.

TatsachenReviewed in the United States on December 24, 2019
5.0 out of 5 stars
Creative Christmas drama
Verified purchase
Familiarity, while not necessarily breeding contempt, often blinds one to the power and depth of the most profound and important truths.

Miracle at Gate 213 is a short (43 minutes) television style drama that provides a fresh insight into the power of Christmas. An interesting assortment of passengers is waiting for their plane to depart for Chicago on Christmas Eve. The plane is delayed for several hours, requiring that all passengers return to the terminal to await their actual departure. From their various stories and interactions, it is clear that they all need a miracle to move forward in life. The Christmas Eve setting reminds them of the greatest miracle of all--God being born as a helpless human baby to save humanity from itself. Some of the characters are reminded that that miracles are therefore possible for one's own predicaments, and this both emboldens and empowers them to encourage others who need this hope as well.

Shirley Jones, Lou Gossett, and Della Reese are excellent in the lead roles. Well worth watching.

H. BalaReviewed in the United States on January 4, 2020
4.0 out of 5 stars
"God delayed this plane for me, not for you."
I remember watching this on NBC when it first aired in 2013. This teleplay had a running time of 45 minutes, with no commercial breaks, followed by a 15-minute-long sermon. The plot focuses on a group of weary travelers that get stranded at an airport terminal on Christmas Eve due to weather delays. It's a simple, straightforward drama that does away with the silly elements so prevalent in the Hallmark Christmas movies that get broadcast nowadays.

Flight 104, bound for the Windy City, won't make it there on time, not with Chicago snowed in. It's good news for 8-year-old Joy (Savannah Paige Rae) whose widower dad is sending her packing to Chicago to spend Christmas with her aunt. Not that he wants to. But the guy just got fired and is unable to support his kid. Not that it matters to the kid. Joy just wants to be with her dad. She's begging him to not send her away. He gives her his wedding ring as a promise that, one day, he'll come fetch her home.

Not that the girl lacks for champions on the plane and when the passengers had to deplane because of the weather delay. A kindly semi-retired flight attendant (Shirley Jones) has offered to mind the kid during the flight. And it's funny to me how when the adults tend to give the side eye to the guy with the tattoos (Caleb Lane), an inquisitive Joy and another kid don't hesitate to approach him.

One of the tattoo guy's biggest detractors is Louis Gossett Jr's character whose default temperament is salty, plus he's a bigot. He's in a foul mood, anyway, having just walked out on his daughter because she dropped out of school one year away from her MBA to pursue a career in designing shoes. His wife (Della Reese) is more understanding, but, then again, she's kind of a saint. She hasn't let all the family kerfuffle ruin her holiday mood.

If you're a diehard television-head, you'll be familiar with a number of faces. Besides the more widely recognized Shirley Jones, Della Reese, and Louis Gossett, Jr, the cast includes singer Deniece Williams, Kate Linder from The Young and the Restless, and Bill and Susan Hayes from Days of Our Lives. Savannah Paige Rae, who plays the little girl, was in the tv show Parenthood.

3.5 out of 5 stars for this one. It's an elegant little movie. The synopsis trumpets it as chock-full of miracles, and maybe, but not miracles on a grand scale. Instead, it's about the small miracle of strangers coming together to help out one of their own. What else happens? Something gets lost. Something gets broken. Fences are mended. One man tries to do better. A boarding attendant sings. And the little girl lands the best quote as she tells off a hooligan, "God delayed this plane for me, not for you." Oh, and I love how the passengers decorated the modest little Christmas tree at Gate 213.
See all reviews
Back to top
Get to Know Us
Make Money with Us
Amazon Payment Products
Let Us Help You
EnglishChoose a language for shopping. United StatesChoose a country/region for shopping.
© 1996-2022, Amazon.com, Inc. or its affiliates