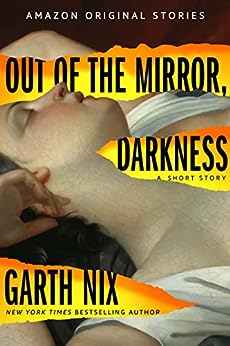 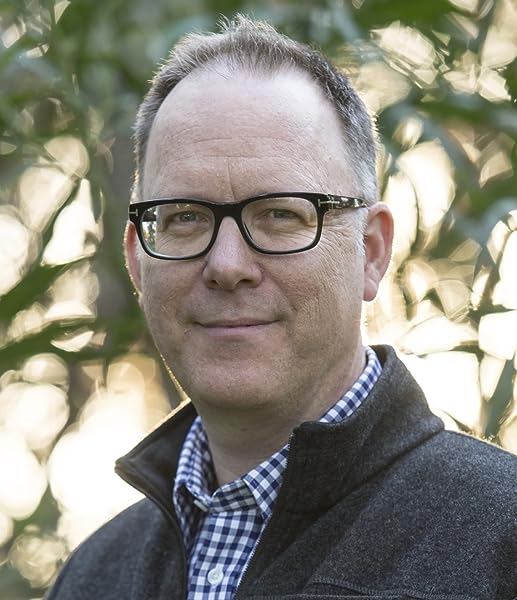 Out of the Mirror, Darkness (Into Shadow collection) Kindle Edition

by Garth Nix (Author) Format: Kindle Edition
Book 7 of 7: Into Shadow
See all formats and editions
Sorry, there was a problem loading this page. Try again.

A cynical “fixer” for a silent-film studio must confront the shadows behind the bright lights in this noir-tinged short story by New York Times bestselling author Garth Nix.

It’s business as usual on the set of another cheap sword-and-sandal production by Pharos Pictures—until the lead actress suddenly falls into a deep, mysterious sleep. Jordan Harper can talk down high-strung starlets and knock sense into stuntmen, but this…this is the kind of uncanny problem that he’d usually bring to Mrs. Hope. Unfortunately, the preternaturally capable secretary is on a business trip with the studio head. Harper must get to the bottom of the mystery on his own before another cast member succumbs—or worse, they blow the budget.

Garth Nix is the New York Times bestselling author of multiple science fiction and fantasy novels including the Old Kingdom series, The Left-Handed Booksellers of London, and several children’s and middle-grade books. His accolades include the Aurealis Award, the ABIA Award, the Ditmar Award, the Mythopoeic Award, and the CBCA Honour Book.

Garth Nix has worked as a bookseller, book sales representative, publicist, editor, marketing consultant and literary agent. He also spent five years as a part-time soldier in the Australian Army Reserve. A full-time writer since 2001, more than five million copies of his books have been sold around the world and his work has been translated into 40 languages. Garth's books have appeared on the bestseller lists of The New York Times, Publishers Weekly (US), The Bookseller(UK), The Australian and The Sunday Times (UK). He lives in Sydney, Australia, with his wife and two children.

Purple Passion
VINE VOICE
5.0 out of 5 stars Interesting story of old Hollywood
Reviewed in the United States 🇺🇸 on January 2, 2023
Verified Purchase
A movie star and a performing dog fall into a sleep that no one can wake them up from. The studio fixer makes a silent wish that the real fixer, Mrs. Hope, will return from her business trip to save the day. This story was interesting, a little spooky but thoroughly enjoyable. My favorite of the series!
Read more
Helpful
Report abuse

Joie
4.0 out of 5 stars Unique
Reviewed in the United States 🇺🇸 on December 13, 2022
Verified Purchase
I think what I loved most about this story was the unique setting. An old movie studio lot makes the perfect backdrop for lurking evil.
Read more
Helpful
Report abuse

Jane
4.0 out of 5 stars So imaginative
Reviewed in the United States 🇺🇸 on November 24, 2022
Verified Purchase
I have a book on my to-read pile from this writer and I will be reading it now. This story was a great imaginative tale. I have never read this writer but that will change immediately.
Read more
Helpful
Report abuse

Kindle Customer
5.0 out of 5 stars Great story
Reviewed in the United States 🇺🇸 on December 2, 2022
Verified Purchase
The point of short stories is to be short, and that can be used quite effectively. But sometime you read a short story that has such interesting MCs, such promising world building, that you want to curse the entire genre of the short story! My only light in the tunnel is that possibly, maybe, Garth Nix may bring back this world in a future novel.

causey
5.0 out of 5 stars Wonderful
Reviewed in the United States 🇺🇸 on December 11, 2022
Verified Purchase
I happen to be very fond of Garth Nix’s work, and this wonderful little short read was a joy to find. Highly recommend.
Read more
Helpful
Report abuse

Queamani
4.0 out of 5 stars Quick and Scary
Reviewed in the United States 🇺🇸 on December 11, 2022
It’s a nice short thriller. I enjoyed the small details provided to tell the short story. I didn’t remember it was a type of horror book until it got to that part.
Read more
Helpful
Report abuse

Kerem's mom
4.0 out of 5 stars The ancient Egyptian curse in Old Hollywood
Reviewed in the United States 🇺🇸 on December 1, 2022
As cute as anything Garth Nix writes, this is the story of an ancient Egyptian being who gets trapped and released by mistake in a Hollywood studio lot. There’s a dog actor and an ingénue and a brave little girl and some people that know what to do. It’s awesome.
Read more
One person found this helpful
Helpful
Report abuse
See all reviews
Report an issue
Does this item contain inappropriate content?
Report
Do you believe that this item violates a copyright?
Report
Does this item contain quality or formatting issues?
Report