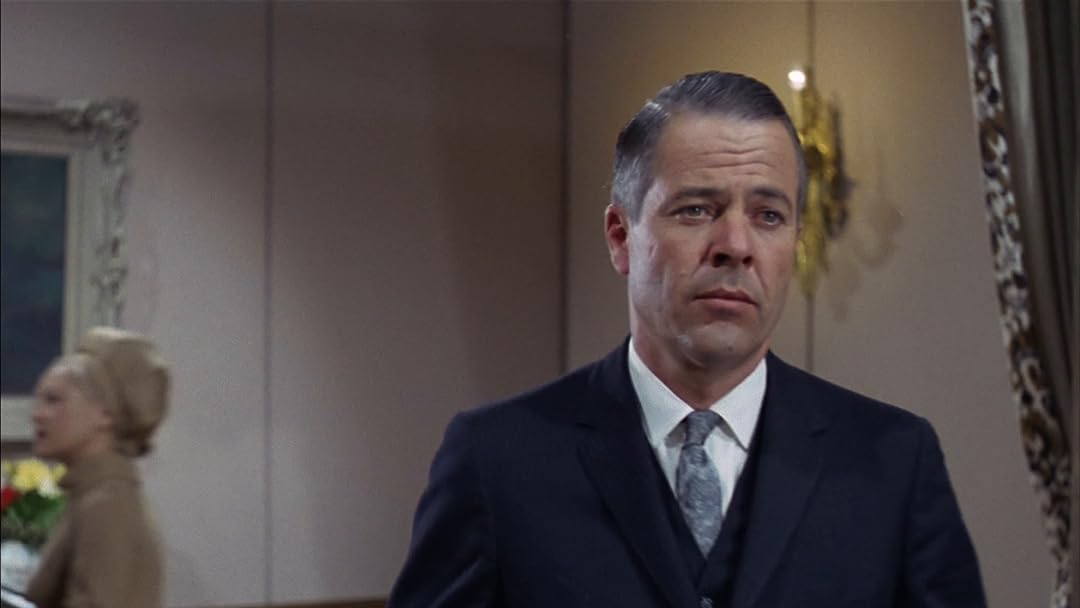 (917)
7.91968TV-PG
The Impossible Missions Force is back for more dangerous assignments, elaborate plots and incredible disguises in the second round of this popular series as Jim Phelps (Peter Graves) takes over as the team's new leader.

Robin SnyderReviewed in the United States on April 30, 2021
4.0 out of 5 stars
EXCELLENT, BUT...
Verified purchase
Yes, the reproduction is excellent and everything is in order. It is good to have subtitles.
But.
What is the big idea in revising, altering, slanting the language?
Whoever transcribed the dialogue misspells the title of Miss as Ms.
The actor clearly enunciates the word Miss.
Yet the subtitle reads Ms.
An abbreviation for manuscript.
Other transfers have done this in films of the 50s and 40s.
Revising, altering, slanting history.
Bang,

M. Renee KentReviewed in the United States on November 22, 2019
5.0 out of 5 stars
No "snags" season...Nobody gets in their way.
Verified purchase
Nobody to gets in their way. My favorite is the episode with Rusty the cat. I like the one where Mr. Phelps is driving along and ends up in some crazy town where "Grandpa Walton" is the devious doctor and leader. The IM Force comes to the rescue. However, the chess match tuned safe cracking episode is great--I loved the ending LOL. Cinnamon posing as a psychic was a great episode. You might remember it--Barney hides under a table using mirrors.

J. C. LiuReviewed in the United States on August 28, 2015
5.0 out of 5 stars
Gratified to see a TV legend come back to Amazon Prime
Verified purchase
I grew up with a Saturday afternoon lineup of Shaw Brothers' chop-socky kung fu films, followed by the original TV series of Mission: Impossible, and then Star Trek (making a double bill of quirky TV shows green-lighted by Lucille Ball's Desilu Studios). I'm totally chuffed to see the series come back to Amazon Prime; the devious plotting, remarkable actorly range of the entire cast, and unforgettable music maintain this show's status as one of the great celebrations of the art of the long con. Season 2 is the first season with Peter Graves as Jim Phelps, the leader of the IM Force, and has the husband-and-wife team of Martin Landau as Rollin' Hand and Barbara Bain as Cinnamon Carter. So this and the following season feature the IM Force at their very best.
One person found this helpful

Darwin KingReviewed in the United States on October 28, 2016
5.0 out of 5 stars
One of the greatest show seasons of all time.
Verified purchase
This could arguably be the best season of the original series. The combination of Jim, Rollin, Barney, Willy, and the ever classy Cinnamon works much better than the previous season with Dan Briggs. At least on camera, the cast seem to get along quite well, almost feeding off each other's talents. Unlike later seasons, they always seemed to wrap up each episode with in a coherent fashion. The last two seasons in particular always seemed to just end with them revealing their identities to the targets. Plus, by then, Barbara Bain had moved on and there is almost no one as classy as she is in this role.
6 people found this helpful

ArdenulReviewed in the United States on January 26, 2017
5.0 out of 5 stars
More Burning Tapes
Verified purchase
What's not to like? The IMF keep you guessing. They're super-cool in that 60's spy way. And you have to admit: this is the only TV show in history that could make using power tools look exciting. Come watch paint dry, and hold your breath with Willy and Barney. This season features even more of what we love: improbable plots and imaginary countries, complete with made-up languages. Belten atachin, fumen net and away we go.
3 people found this helpful

Terry chamnessReviewed in the United States on April 18, 2021
5.0 out of 5 stars
Your mission is to watch some great TV
Verified purchase
Mission Impossible returns for its second season with a new head of the IMF team. Was Stephen Hill's
departure Peter Graves takes over in one of the most famous roles in television history as Jim Phelps. 25 excellent episodes Barbara Bain, Martin Landau, Greg Morris and Peter Lupus are also back no special features in the DVD collection but there is a lot of great TV I recommend this

SnapShotReviewed in the United States on October 15, 2015
5.0 out of 5 stars
Remembeerance of Good Childhood Series
Verified purchase
This was a series I watched as a child and was amazing what they could do like holograms and other things that we can actually do today or could it be done then is the question. If I remember correctly this showed on Sunday nights and at about 9 pm I think and being the responsible first child I was allowed to stay up and watch it. They say that TV influences children and the blood and guts as well as stabbing and really bad valance I agree there are ages and limits but this was basically a well calculated and thinking series that I feel was good for growing up, was in the late 1960's and only a few decades since the World War had ended. Blind then and people are blind today and this series is something that I feel really was going on then and is going on now and that is spies, corruption and blindness of people in all countries Nice blast from the past and amazing that they had like 26 episodes every year and like 8 seasons so today that would be equal to about 18 years.
2 people found this helpful
See all reviews
Back to top
Get to Know Us
Make Money with Us
Amazon Payment Products
Let Us Help You
EnglishChoose a language for shopping. United StatesChoose a country/region for shopping.
© 1996-2021, Amazon.com, Inc. or its affiliates