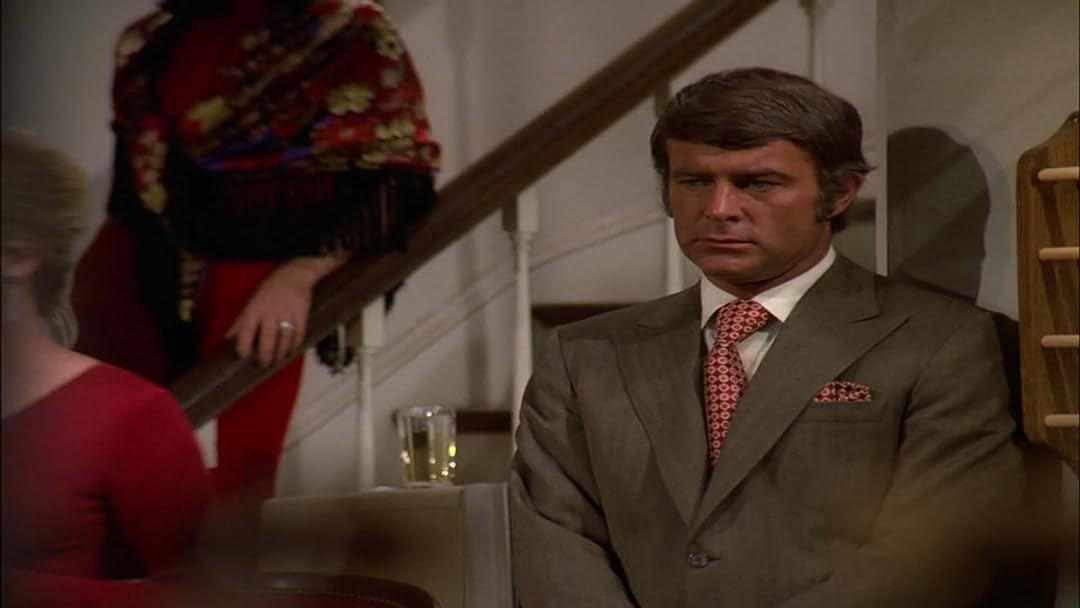 (476)
7.91973TV-PG
In the show's seventh and final season, Phelps and his crew infiltrate the Syndicate and continue to keep suspense high as the long-running crime drama draws to a close.

Polly CyReviewed in the United States on March 29, 2016
4.0 out of 5 stars
But there are some good episodes. "Leona"
Verified purchase
MI's final season was uneven. It had some high moments, it recycled ideas from earlier seasons with mixed results, and it continues the mostly unsuccessful "agent in jep" or "agent in love" themes that had dragged down its last couple seasons. The requisite "post-apocalyptic" illusion in "Two Thousand" was handled much more dramatically and effectively in Season 2's "The Photographer." TOD-5 is a bit more successful, although its "trick the villains into handing over the stolen weapon or technology" idea borrows from a handful of earlier eps ranging from "The Astrologer" to "Recovery" to "The Double Circle" just for starters. "Underground's" brainwashing scheme was a near duplicate of Season Six's "Mindbend," except that this time it's Jim not Barney being "programmed". But there are some good episodes. "Leona", "The Pendulum," and "Break" at least introduce relatively fresh plot ides.

Casting choices stand out, as if the producers and staff knew they were in trouble and went for semi-big names in an effort to save the series. Kim Hunter, Robert Goulet, George Maharis, Roddy McDowell, Dean Stockwell, Ed Nelson, and Barbara McNair are just a few of the well-know faces that show up. The problem is that for this kind of show, familiar faces bring familiar baggage, which can undermine the ability of the show to sell the plot. It does work occasionally. "The Puppet" is not one of my favorites, but I do agree that Roddy McDowell's stock "semi-charming but duplicitous little worm" persona meshed nicely with the plot.

Even bad MI is better than most of what's offered on TV today, so Season 7 is still worth watching. Some of the eps toward the end of the season show that MI was again finding its feet. "Pendulum," "The Western" and "Boomerang" are satisfying if not scintillating. Worth watching.

Peter A. BeckerReviewed in the United States on March 25, 2021
4.0 out of 5 stars
Great production but poor video quality!
Verified purchase
The episodes themselves are excellent! Some of the scripts are recycled due to the writer’s strike in the late 80s, but the new productions make them seem fresh. Peter Graves stayed true to form, and the new actors are all excellent. To me, it seems like the acting in this new series has a more emotional and gritty edge to it compared with the original series, which I enjoy. Production values are significantly higher than for the original series. However, unfortunately the video quality is poor. It looks like the video was captured from the original TV transmission rather than being digitized from the film itself. At least, that’s the way it looks on my TV. In comparison, and ironically, the DVDs for the original series appear much sharper on the same TV using the same DVD player. Go figure.
One person found this helpful

Terry chamnessReviewed in the United States on August 30, 2021
4.0 out of 5 stars
A nice way to end a classic
Verified purchase
Mission Impossible is back for its seventh and final season and I'm happy to say it's a pretty good one. Peter Graves, Greg Morris, Peter Lupus and Lynda Day George are back. George missed a good chunk of the season because she was still on maternity leave so Barbara Anderson would fill in for her. After the disappointment of season 6 I was worried that season 7 the final one wouldn't be very good I'm happy to say it's not bad it gets back to a lot of the things that made the show great in the first place. I recommend this DVD

swhiteReviewed in the United States on October 24, 2015
5.0 out of 5 stars
I love this show
Verified purchase
I love this show, seasons 6 and 7 are different from the other seasons because a lot of the plot lines surround crime and drugs in America unlike prior seasons which were more about espionage that took place out of the country. There are a few guest stars this season but more than that Peter Graves(Jim) and Greg Morris(Barney) do most of the acting on the show from the cast, both do a good job staying true to character as the years have gone by and there is always a professional feel to the show, also they keep it exciting with all the creative, skillful methods used to outwit the bad guys and I like that they didn't go too far trying to be edgy, esp. at that time in the 70s where tv was somewhat changing, also the audio and visual is excellent especially for a show that's at least 45 yrs old.
8 people found this helpful

John BissetReviewed in the United States on February 6, 2016
4.0 out of 5 stars
Old Favorite and still a fun watch
Verified purchase
I don't know why the keep using Barbara Bain's name as she left after Season 3. However the sixth and seventh seasons, are much better than the previous seasons. Which were admittedly fun to watch. But there European and Latin Amerrica settigs were way off the mark. as any traveller will tell you. But hey it's just a TV series, and a fun one at that. So why nit pick there Back Lot locales.and terribly bad accents.
But if you are looking for good family entertainment, you can't go wrong with this series. No Violence .just almost "Impossible" scenarios.
I really enjoyed the whole series. Even though i remembered most of them. surprisingly. I'd recommemd it to anyone.
4 people found this helpful

Karl AndersonReviewed in the United States on September 18, 2018
5.0 out of 5 stars
Great Show. Nice to have the final season of the series.
Verified purchase
This set completes my Mission Impossible collection. It is the last season I needed. Enjoyed this season. Very nice set in sturdy DVD case that protects the disc. Very pleased with it and recommend it to complete your mission impossible series. The 88 and 89 season are worth adding to your collection
3 people found this helpful

cteno4Reviewed in the United States on September 21, 2021
5.0 out of 5 stars
What a classic
Verified purchase
Mission impossible was one of the shows as a kid you waited all week for! Nice to have them all and watch them at my leisure. Transfers are ntsc and old stuff I’m sure, so a bit grainy on a large screen, but as you watch I find I don’t notice it at all. Well worth the money.
See all reviews
Back to top
Get to Know Us
Make Money with Us
Amazon Payment Products
Let Us Help You
EnglishChoose a language for shopping. United StatesChoose a country/region for shopping.
© 1996-2021, Amazon.com, Inc. or its affiliates