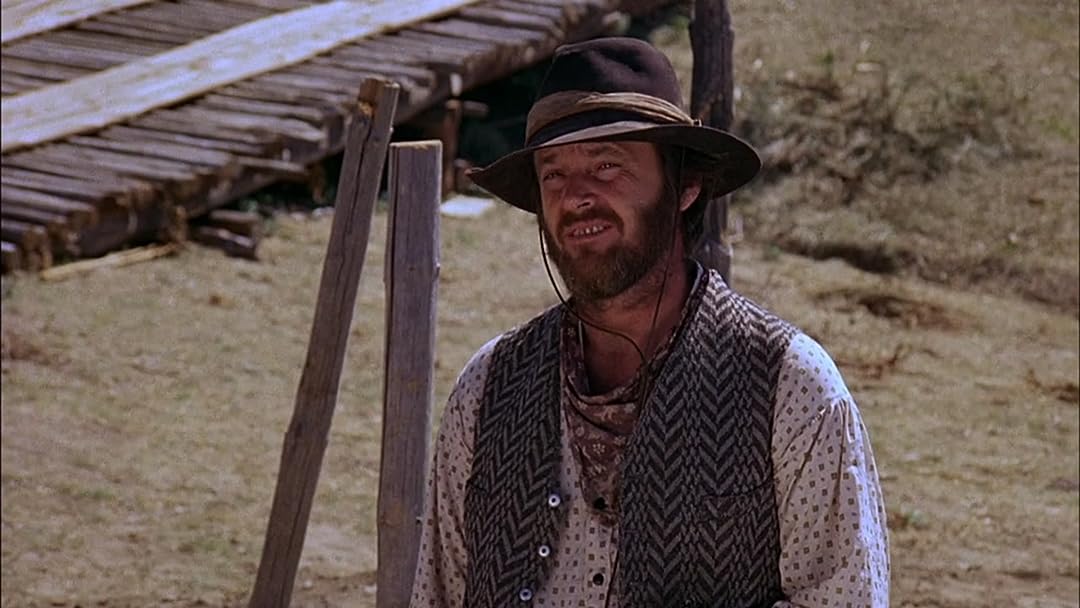 (574)
6.52 h 6 min1976X-RayPG
Marlon Brando (Apocalypse Now) and Jack Nicholson (The Shining) ignite the screen in this rousing story of a wealthy Montana rancher who hires a professional killer to track down a gang of horse thieves.

Lewis TauReviewed in the United States on July 22, 2018
5.0 out of 5 stars
The real Brando, how he lived and played shown on screen
Verified purchase
A friend met Brando many years ago, spent a few weeks with him on his Tahiti island, bought after the Mutiny on the Bounty, where he married a local Tahiti girl and had his kids. Sitting on the beach, just the two of them, both actors with quick wits, they dueled in characters made and dropped as fast as they could speak, in flawless accent, a drunken Irishman a German Gestapo Agent, Bombastic Politician, never stopping or slowing down for hours.., . Brando was so creative and utterly bored with Hollywood, he did movies for money and the occasional career defining role like the Godfather (a low budget movie directed by an unknown who Brando respected enough to follow his direction while adding bits like the cat in the opening scene). What you see in this movie was how Brando lived his life, his ever ranging mind, at play though serious in a way, at least what he felt was serious while acting. Watch it again, then understand that's who you'd see, if he liked you, as he did my friend and fellow actor,. Brando was a man willing to do anything, including insisting they keep in the sound of the horse pissing as well as his unscripted reaction as well as that silly bit with the carrot and the horse's kiss. You either like Brando, how he worked and played or you don't, but there it is, enjoy, for he's gone now.
32 people found this helpful

Amazon CustomerReviewed in the United States on November 7, 2020
5.0 out of 5 stars
Great western with major movie stars rarely seen in westerns.
Verified purchase
Hard to find titles like this in stores any more so having seen it once on TV I decided to get the DVD for my collection so I could watch it again as often as I like. I prefer paying little for a DVD to watch over and over. We don't do cable nor satellite, only airwaves TV. Prefer to avoid undesired choices and commercials without paying $200-300 a month when I can satisfy my interests for pennies this way.
8 people found this helpful

Movie ScumbagReviewed in the United States on August 13, 2020
1.0 out of 5 stars
Two hours you won’t get back, garbage masquerading as western
Verified purchase
Even westerns made today are better than this, Nicholas is always good. The story too slow. Nicholas makes no sense the woman makes no sense. Maybe when this was made having a woman throw herself at someone was interesting

Watch Nicholson farm. Worst movie ever. How can anyone like this slow non burn ?

He had another western where he was forced to marry to keep from hanging, much better

Classics CollectorReviewed in the United States on November 12, 2013
5.0 out of 5 stars
Brando improvises and reinvents a Western stereotype.
Verified purchase
This is a forgotten 70s gem, a Western genre masterpiece deconstructed through the lens of a one of the better directors of his generation, Arthur Penn (Bonnie And Clyde).

Highly anticipated but under-appreciated upon its release, it was criticized for Marlon Brando's "out of control performance". Yet, this post-Godfather Marlon Brando is at his most crazed and ingenius, improvising his way through the role of a hired gun for a greedy land baron to great effect. Rather than out of control, he expands the character of a ruthless and skilled killer into something both poetic and deranged beyond anything seen in a Western before this time. He reinvents the activities of "regulator" as a creative art form for maniacs. Disguising himself as a demanding lavender smelling Irish plainsman, a wayward hillbilly preacher, and a bloodthirsty mace wielding transvestite with a penchant for granny garb, he toys and teases the not-so-bright band of horse thieves headed by a grubby Jack Nicholson as a cat would pat his mice senseless before devouring them.

Great script by Western writer Thomas McGuane, this film should be heralded as one of the quirkier but most interesting depictions of the dying West. McGuane's brilliant dialogue coexists nicely in the same world with Brando's improvisations.

If you are a fan of Great American Westerns, add this to your collection but expect unusual pacing, dialogue, characterizations, and an acting genius having a bit of fun.

This edition is a very bad and muddy transfer, perhaps there is a more current restoration. If there is, don't buy this edition, find this film in a clearer version and enjoy.
15 people found this helpful

Daniel J. WillmsReviewed in the United States on December 6, 2018
5.0 out of 5 stars
Brando Western
Verified purchase
Great film set in Montana. Brando plays a hired killer, an eccentric sociopath, who killed for the love of it ("I'll always finish the work, and I don't give a damn whether I'll get paid"). He was hired by a wealthy rancher as a "regulator" to catch rustlers. Nicholson had the most screen time and did an outstanding job as leader of a ring of horse thieves. Excellent dialogue and well paced. A western drama with an oddly comedic edge. Highly recommended.
4 people found this helpful

redlicktroutReviewed in the United States on November 7, 2006
4.0 out of 5 stars
a great western---forgotten
Verified purchase
I first saw The Missouri Breaks soon after its release in 1976.I liked the movie so much,I went back and watched it again.Penn assembleed one of the best Western casts everThe stars,the not-so stars,the bad guys and good guys and the girl filled the screen with a natural fit that only great character actors can do.The rustlers handled guns casually and realistically.The towns looked Shane'ish(stark--dirty--real)--Penn's Montana is prairie,isolated,lawless,covered to the horizon with tall grasses and windswept flowers,almost colorless ,washed out,without fragrence,more unrelenting than beautiful.Forget postcard vistas of mountains with snowcaps,this was the Montana that settlers found and came to hate then love.

Jack N. is very good,calm,businesslike,playing a regular role,that paid big bucks.K. Lloyd,the girl,isgood and very forgetful.Quaid,Stanton and the rest are great as the gang.The story itself has been told and filmed many times,and,there is Brando,who steals the movie with a strange brilliant performance as a cold blooded assassin.In fact,Brando's scenes dominate the film and preverts the plot as we see regular good-bad guys being stalked by a bad-bad guy,strangely polite,even polished,and yet as he rides off at the end of the film we know behind the good manners and eloquent mannerisms lies the beast.Marlon B. was the greatest actor ever,I know so because he takes an implausible character and makes a little western into a real western classic.
9 people found this helpful

Jordan GrantReviewed in the United States on March 15, 2022
3.0 out of 5 stars
Worth a watch
Verified purchase
Brando was great. Nicholson was very good. Kathleen Lloyd was good. Harry Dean Stanton didn't have a large enough role and the writing was drug addled. McGuanes a hop head. Still interesting. Bad on the producers for their disregard for the horses well being. They should be horse whipped.

John Cedric Boyer IIIReviewed in the United States on March 24, 2022
1.0 out of 5 stars
DVD arrived shattered, torn, and useless
Verified purchase
DVD is completely demolished. Nothing can be salvaged. Besides being shattered, torn, and useless. The center of the package had size 11 boot print imbedded into it. Obviously someone was very angry at the package. SEND ME A NEW ONE OR BETTER YET A COMPLETE REFUND.
See all reviews
Back to top
Get to Know Us
Make Money with Us
Amazon Payment Products
Let Us Help You
EnglishChoose a language for shopping. United StatesChoose a country/region for shopping.
© 1996-2022, Amazon.com, Inc. or its affiliates