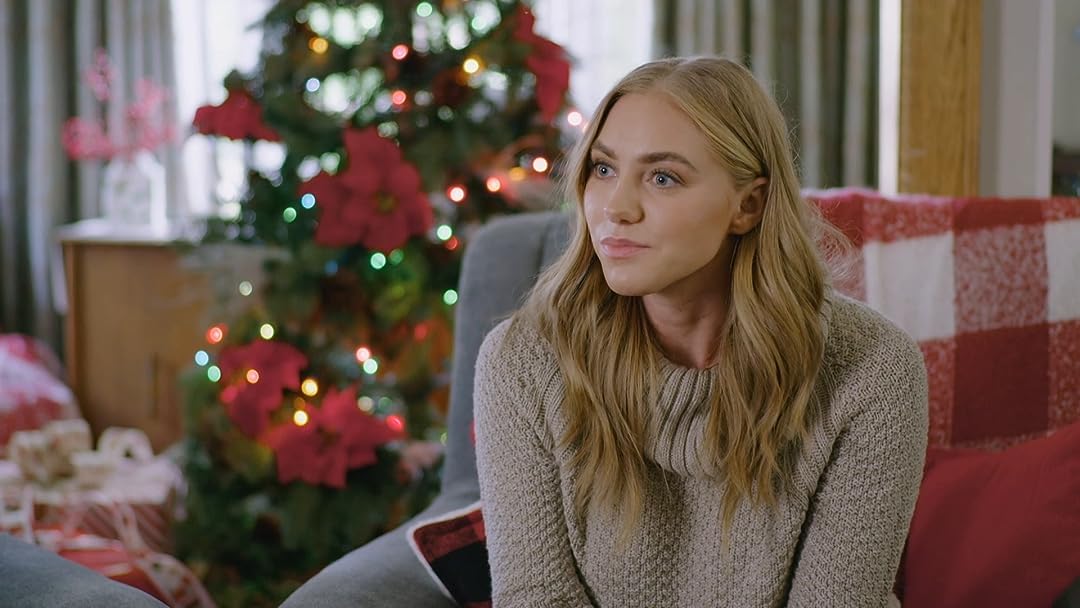 (2)
1 h 26 minG
When Harper realizes that she accidentally donated her family's beloved magic mistletoe to a charity, she enlists the help of thrift store owner and old friend Luke to help her retrieve it. TV-G

AAReviewed in the United States on December 8, 2021
5.0 out of 5 stars
Sweet
Verified purchase
Sweet, uplifting, Christmas romance movie. You know the type. It's a good one.

H. BalaReviewed in the United States on December 18, 2021
3.0 out of 5 stars
Man, that mistletoe is on the go!
Having dabbled in the meteorological field for a few years, I get a kick out of movies that feature weather persons as lead characters. Case in point, MISTLETOE MAGIC, a 2019 Christmas flick that I saw when it aired on UPtv. So, points for that. But, then, those same points get taken away because the main character's being a meteorologist doesn't really figure into the plot, except in one instance that I may bring up in a minute.

Our girl is Harper Hart (Jessica Sipos), Channel 9 News' house meteorologist. She and her ambitious colleague and boyfriend, Brad Rockwood (Troy Blundell), agree that Christmas is for the birds. Brad was supposed to come over to spend time with Harper's parents, but there he goes bailing out on her again. The forecast looks gloomy for this relationship.

Harper has a kid sister, Holly (Miranda Millar), and Holly wants Harper to bring over the family's cherished heirloom that Harper pooh-poohs, and yet it's somehow kept stowed in her condo. It's a magic mistletoe that dates back to Harper and Holly's grandparents' time. Supposedly, whosoever smooches under that mistletoe will fall in love. Holly means for she and her boyfriend to snog under the mistletoe, and maybe then he'll propose.

Here's the snag. Harper's neighbor had given away the mistletoe along with other Christmas decorations, having donated the entire bunch to a thrift shop. There goes our weathergirl, embarking on a quest that looks more like a game of hot potato. As Harper'll come to find, that mistletoe got passed around more times than a collection plate at church or a b1unt.

It's weird right now - as I write this in November 2020 - to watch a movie in which there's nary a mask in sight. No pandemic in this movie. It's hammered home all over again that these made-for-tv Christmas movies are more like fairy tales than true-to-life happenings. In MISTLETOE MAGIC, no one turns down hot cocoa, a mean grump turns out to be a big meteorology nerd, one household boasts five Christmas trees in the foyer, there's such a thing as a fake Christmas tree lot, and the female lead looks like a Yankee Sansa Stark. It's the kind of movie where the mall Santa (Stephen Davis) has got you thinking hmmm...

What makes this movie special? Well, not much. Stephen Huszar is in it, but so are air and snow. He plays an old school friend of Harper's, except Harper couldn't place him for the longest time. Huszar's character of Luke is one of those bland saints that are occasionally spotted in these movies. Luke gave up his law practice to run a charity. He does volunteer work. He manages a thrift shop so that those in need would have an affordable place to go to. He tags along on Harper's epic search for the mistletoe.

It's a movie that tries for sweet and achieves cheesy. But, hey, mileage may vary. If you're into corn and cheese, have at it. My favorite scene is the playful throwaway scene of Harper in a musical montage trying on different outfits at the store, some of which she really looked cute in. It's nice to see Jessica Sipos outside of CHESAPEAKE SHORES, which I'm glad wasn't cancelled.

By the way, I'm not sure what the writers were going for with how they wrote Harper's neighbor, Elle (Alys Crocker). She was one twitchy, hyper chick who looked like she ran out of Ritalin. She was so weird.