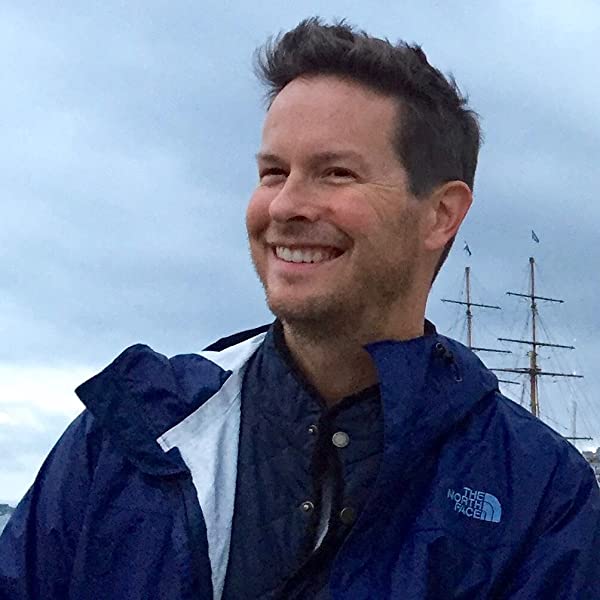 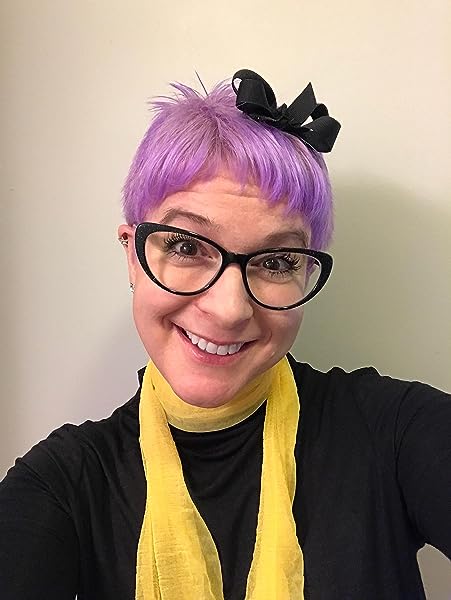 by Ame Dyckman (Author), Scott Magoon (Illustrator)
4.8 out of 5 stars 213 ratings
Part of: Misunderstood Shark (2 books)
Teachers' pick
See all formats and editions
Sorry, there was a problem loading this page. Try again.

From bestselling author Ame Dyckman and illustrator Scott Magoon comes the laugh-out-loud story about a Misunderstood Shark who just wants to show the world who he really is...Every beachgoer knows that there's nothing more terrifying than a... SHARRRK! But this shark is just misunderstood, or is he? In a wholly original, sidesplittingly funny story, New York Times bestselling author Ame Dyckman and illustrator Scott Magoon take this perennial theme and turn it on its (hammer)head with a brand-new cheeky character. The filming of an underwater TV show goes awry when the crew gets interrupted by a... SHARRRK! Poor Shark, he wasn't trying to scare them, he's just misunderstood! Then he's accused of trying to eat a fish. Will Shark ever catch a break? After all, he wasn't going to eat the fish, he was just showing it his new tooth! Or was he? Explosively funny, extraordinarily clever, and even full of fun shark facts, this surprisingly endearing story gets to the heart of what it feels like to be misunderstood by the people around you. With a surprise twist ending, our Misunderstood Shark will have kids rolling with laughter!
Read more
Previous page
Next page

Praise for Misunderstood Shark:"Bob the jellyfish is the host of an underwater TV show, and while taping his latest segment, he's interrupted by a hungry shark chasing a cute fish! Time to panic? Not quite...At every initially terrifying turn, dubious Bob takes the opportunity to share a shark fact and dispel a myth...the over-the-top humor, comical asides from the TV crew, and Magoon's boisterous, candycolored artwork, in thick lines and cartoonish shapes, will lure in many a reader. The sneaky shark facts will go down easy in this uproariously silly picture book." -- Booklist"Magoon's cartooning is both funny and visually striking as the toothy, scenery-chewing Shark plays to the camera and zips through the green-blue water, barely resisting his primal urges. And the playful typography used for Dyckman's rapid-fire dialogue makes her blooper-reel humor even funnier." -- Publishers Weekly"A maligned shark steals the show to explain just how wrong his fellow fish are about him in Dyckman and Magoon's debut collaboration...[Dyckman] gives ambiguity the narrative spotlight with well-honed tension prolonging readers' indecision. Meanwhile, Magoon's flair for underwater illustration also allows a shark's redemption and his prey's suspicion to both live on the page. Readers will need to decide for themselves if Shark is really as scary as he seems or if misunderstandings have colored our opinions. Fun and playful…or so Shark would have us believe." -- Kirkus ReviewsPraise for Ame Dyckman's Horrible Bear!:3 Starred ReviewsJunior Library Guild Selection* "Molly Bang's Sophie finally has a worthy shelf-mate for absolutely spot-on characterizations of mood. VERDICT: Highly recommended for picture book collections." -- School Library Journal, starred reviewPraise for Ame Dyckman's Wolfie the Bunny:4 Starred ReviewsParents Magazine Best Fictional Picture Book 2015The Huffington Post Best Picture Books 2015ALSC Notable Book for ChildrenSchool Library Journal Best of the YearNYPL 100 Titles for Reading and SharingWilde Award Best Picture Books Ages 4-8A Bank Street College Best Children's Book of 2016* "Interspecies adoption puts a fresh spin on the new-baby theme... A treat of a picture book." -- The Horn Book, starred reviewPraise for Ame Dyckman's Tea Party Rules:3 Starred ReviewsEzra Jack Keats New Writer AwardJunior Library Guild SelectionDolly Parton Imagination Library Selection* "Dyckman's (Boy and Bot) and Campbell's (Flora and Ulysses) story is like a pretty petit four with an unexpectedly zingy filling." -- Publishers Weekly, starred reviewPraise for Ame Dyckman's Boy + Bot:3 Starred ReviewsPlease Touch Museum’s Kids’ Choice AwardSCBWI Crystal Kite AwardIndieBound’s Kids’ Next ListAmazon Best Picture BookNYPL’s 100 Titles for Reading and Sharing* "Dyckman’s debut offers pitch-perfect pacing and gentle humor… As Boy and Bot would say, it’s ‘affirmative’ that this book will be a hit." -- Kirkus Reviews, starred review Praise for Scott Magoon's I Will Not Eat You:"The full-bleed illustrations are saturated with rich, dark colors but manage never to be scary. With several humorous twists, lots of imaginative play, and illustrations reminiscent of Maurice Sendak’s in Where the Wild Things Are, this is a surefire read-aloud hit. VERDICT Highly recommended for storytime and one-on-one sharing." -- School Library Journal"Magoon’s bold, angular, digitally rendered drawings capably juggle action, suspense, and comedy." -- Publishers WeeklyPraise for Scott Magoon's Breathe:Huffington Post Best Books of 2014A Chicago Public Library Best Book of 2014A Kirkus Reviews Best Books of 2014 for Best Read Aloud and Best Books for Animal LoversPBS Best of 2014* "Magoon’s digital art captures the colors and crisp, airy light of the Arctic setting; cartoon lines and wide eyes present creatures above and under the ice as friendly, rounded and smiling... Richly composed and sweetly appealing -- just right for baby storytimes as well as one-to-one sharing." -- Kirkus Reviews, starred review

Some people think there's nothing more terrifying than a SHARK! But are sharks really that scary, or are they just misunderstood?

Some people think there's nothing more terrifying than a SHARK! But are sharks really that scary, or are they just misunderstood?

Ame Dyckman is the award-winning author of picture books Boy + Bot, Tea Party Rules, the New York Times bestselling Wolfie the Bunny, Horrible Bear!, and You Don't Want a Unicorn! Ame lives in central New Jersey with her family, and, of course, the characters from her stories. She's currently building a homemade swimming pool for the protagonist of her upcoming series, Misunderstood Shark -- mostly so she can have her bathtub back.
Scott Magoon grew up in New England, and still lives in Boston with his family. He's an art director, designer, and illustrator, and he loves making books for kids. He's the illustrator of the bestselling Nuts series with author Eric Litwin; Spoon and Chopsticks, both written by Amy Krouse Rosenthal; and I Will Not Eat You by author Adam Lehrhaupt. He's also written and illustrated Breathe and The Boy Who Cried Bigfoot.
Read more
Start reading Misunderstood Shark on your Kindle in under a minute.

matilda
1.0 out of 5 stars Not suitable for young children
Reviewed in the United States on November 20, 2018
Verified Purchase
For three and four year olds? Seriously? Jokes about sharks eating people and sensing blood from far away are not funny for a toddler. Misunderstood or not a shark is not a domesticated creature. I purchased this book based on the general review average, but tossed after reading through it. Why would I subject my grandchild to unnecessary fear. This book looks colorful and perhaps better suited for a child over 6 who can understand it’s just a story and has a few facts about sea creatures. The description should contain language to not encourage purchasing for younger children.
Read more
5 people found this helpful
Helpful
Report abuse

Cayla Lewis
5.0 out of 5 stars great book
Reviewed in the United States on May 6, 2021
Verified Purchase
My daughter absolutely loves this book! The pages are full pictures with speech bubbles. It is a fun and quirky book that keeps her attention well. Definitely a bedtime favorite, though some shark scenes may be scary to younger kids.
Read more
Helpful
Report abuse

Ivana K.
5.0 out of 5 stars Funny
Reviewed in the United States on May 12, 2022
Verified Purchase
It's a cute book. My 5 year old loves it.
Read more
Helpful
Report abuse

Rosemary J Durando
2.0 out of 5 stars Inappropriate to young kids/toddlers/ and possibly some. Adults
Reviewed in the United States on July 25, 2019
Verified Purchase
I'll start by saying I like sharks, shark week, and gore. I will also say the book paper quality, images, very high quality. However, that's where it ends. I found it disturbing when I started reading it with my toddler... Then gave it a 2nd chance when alone... And it only got worse. Definitely not a children's book.. I find it really inappropriate as a child's book..
Read more
One person found this helpful
Helpful
Report abuse

Nelson
4.0 out of 5 stars Fun Book!
Reviewed in the United States on December 22, 2019
Verified Purchase
Fun book! The kids liked it but there isn’t much meat to the story!
Read more
One person found this helpful
Helpful
Report abuse

Christie Merrill
5.0 out of 5 stars Very Silly book
Reviewed in the United States on April 8, 2019
Verified Purchase
Seemed a bit too young for my kids who are in 4/5th grade. However, they absolutely loved this book and thought is was soooooo funny.
Read more
2 people found this helpful
Helpful
Report abuse

Maggiemay
5.0 out of 5 stars Great kids book
Reviewed in the United States on June 8, 2018
Verified Purchase
Great book for grandsons. I have read it over and over in a weeks time so that ev3n th33 yr old has memories parts!
Read more
2 people found this helpful
Helpful
Report abuse
See all reviews