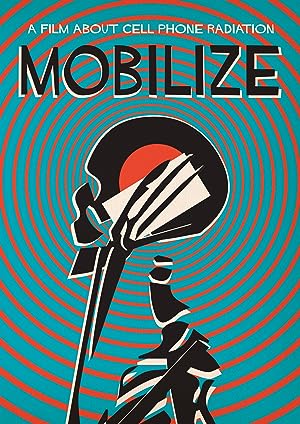 Included with Food Matters TV on Amazon for $9.95/month after trial

Watch with Food Matters TV
Start your 7-day free trial
Add to
Watchlist
By ordering or viewing, you agree to our Terms. Sold by Amazon.com Services LLC.
Write review

G. C. CarlsonReviewed in the United States on December 29, 2018
5.0 out of 5 stars
Should be required viewing for parents of younger children
Verified purchase
Well researched and sourced investigative documentary on the dangers of cell phone use that we haven't been told, especially to children.

The first 30-minutes should forever change your mind on how safe it is to use your cell phone like you currently do. One of the long-term studies cited here concluded, "There's a five-fold greater risk for brain cancer if you're under the age of 21 when you begin to use a cell phone." Do yourself a favor, stop and think about that for a minute.

When you look at this issue with some perspective you can basically draw many parallels with the tobacco industry and the dangers of smoking that came to the forefront of popular culture in the late 90's. The only thing missing here is a landmark court case to validate what the scientific community has already concluded.

Keep in mind also, though not included in this documentary, is that wireless Bluetooth headsets, or Bluetooth earphones like Apple Airpods also pose a serious risk because of the radio signal they emit, which can be even closer to the brain than a handheld cell phone.

Marcia K.Reviewed in the United States on August 14, 2015
5.0 out of 5 stars
Definitely worth watching
Verified purchase
I strongly urge everyone who uses a cell phone and/or wireless to watch this documentary......and ESPECIALLY everyone who has CHILDREN who are around these devices. VERY informative. VERY eye-opening. I think we're going to be seeing a lot more cancer down the road.
6 people found this helpful

sandy goligowskiReviewed in the United States on September 12, 2019
5.0 out of 5 stars
Very Important Information That EVERYONE should see/know
Verified purchase
Great documentary that is a MUST SEE for all! Why are people not concerned about the health effects of Cell Phone use/
Cell Towers? Now 5G is coming out! It's all about money and greed. Great job Kevin Kunze! The world needs more people like Kevin. People who care about the health of America
2 people found this helpful

Dorian GolubReviewed in the United States on December 6, 2015
5.0 out of 5 stars
Five Stars
Verified purchase
Excellent and very scary documentary about the effects of eft's as well as cell phones and cancer.
2 people found this helpful

Javvon HamiltonReviewed in the United States on November 20, 2015
4.0 out of 5 stars
Good documentary.
Verified purchase
Good documentary, something everyone should view once purchasing a smart device.
2 people found this helpful

KTReviewed in the United States on July 30, 2015
5.0 out of 5 stars
Beware the mobile industry!
Verified purchase
This is a great documentary unmasking the nefarious lobbying of the mobile industry to block anything even remotely suggesting that cellphones might be hazardous to your health. The real enemy, it seems, isn't mobile phones themselves, but an industry with incredible power to affect media, government, and average consumers.
3 people found this helpful
See all reviews
Back to top
Get to Know Us
Make Money with Us
Amazon Payment Products
Let Us Help You
EnglishChoose a language for shopping. United StatesChoose a country/region for shopping.
© 1996-2022, Amazon.com, Inc. or its affiliates