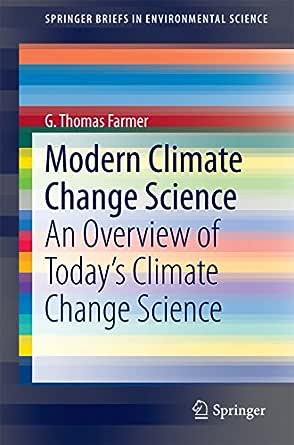 Flip to back Flip to front
Audible Sample Playing... Paused   You are listening to a sample of the Audible narration for this Kindle book.
Learn more
ISBN-13: 978-3319092218
ISBN-10: 3319092219
Why is ISBN important?
ISBN
This bar-code number lets you verify that you're getting exactly the right version or edition of a book. The 13-digit and 10-digit formats both work.

Composed of two extensive sections, this book surveys important work in climate change science, mainly in the United States, and introduces contributions to the body of science that have arrived on the scene between January 2013 and February 2014.

This book can be considered a bridge between the volumes of Farmer and Cook’s Climate Change Science: A Modern Synthesis, as it arrives between the release of the first volume on the Physical Climate (2013) the second, on Earth’s climate history, which is now in preparation.

The book benefits a wide audience as its survey of the science of climate change provides an introduction to the subject and a discussion of current research in the field. The book may be used as a refresher for those who have had prior courses in climate science and related fields. Each chapter includes a comprehensive list of references for subjects discussed in the text.

“It is a most welcome addition to the literature. The text is organized into two chapters: ‘Overview of Climate Change Science’ and ‘Status of Climate Change Research.’ Both short chapters are full of succinct, clearly explained information about the many causes and effects of climate change. … Farmer acknowledges the difficulty of covering such a broad topic in limited space, but he does a good job in accomplishing his goal. Summing Up: Highly recommended. All levels/libraries.” (M. K. Cleaveland, Choice, Vol. 52 (8), April, 2015) 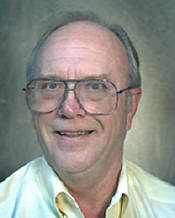 G. Thomas (Tom) Farmer is a native Virginian. He attended public schools and the University of Virginia for BA and MS degrees in Environmental Sciences (Geology) and a Ph.D. from the University of Cincinnati. He taught geology, ecology, and physics at James Madison University in Virginia and began the geology major program there. He has taught environmental sciences at Northern Kentucky University, Northern Virginia CC, the Universities of Virginia and Cincinnati as a graduate assistant, and worked at the Smithsonian Institution's Natural History Museum in Washington, D.C. He was Curator of the University of Cincinnati's Natural History Museum. He entered private consulting after leaving a tenured Associate Professor-ship and retired from Los Alamos National Laboratory in 2003. He served for several years as an Associate Editor of "The Professional Geologist," the flagship publication of the American Institute of Professional Geologists. He currently is President of Farmer Enterprises specializing in environmental and management consulting for federal, state, and regional governments and private industrial clients. He was the Senior Geologist at the Love Canal Superfund site in NY and has specialized in DoD and DoE's Installation Restoration programs, UMTRA, RCRA and CERCLA in his consulting. He lives in Las Cruces, New Mexico. He is the author or co-author of numerous reports, five books, the latest of which are "Climate Change Science: A Modern Synthesis, Volume I, The Physical Climate", part one of a two-part series on climate change science published in 2013 and "Modern Climate Change Science" published in 2015. "Climate Change Science: A Modern Synthesis, Volume 2, Earth's Climate History" is in preparation and will be published sometime in 2016.

morenoamanda
5.0 out of 5 stars A useful tool for consciousness
Reviewed in the United States on December 6, 2018
Verified Purchase
This book was harshly eye-opening. A scary reality is headed our way and this book is very informative of what's to come for our planet. If you like to be informed with sound facts about climate change then this is the book for you.
Read more
Helpful
Report abuse
See all reviews
Back to top
Get to Know Us
Make Money with Us
Amazon Payment Products
Let Us Help You
EnglishChoose a language for shopping. United StatesChoose a country/region for shopping.
© 1996-2022, Amazon.com, Inc. or its affiliates