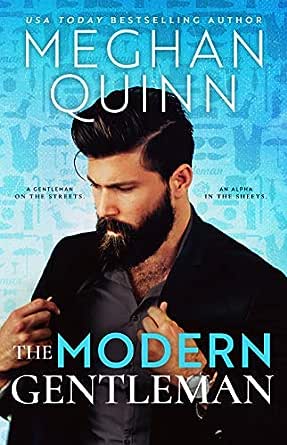 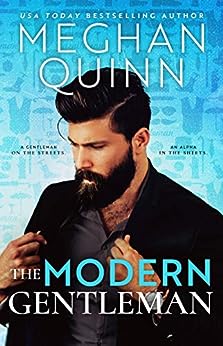 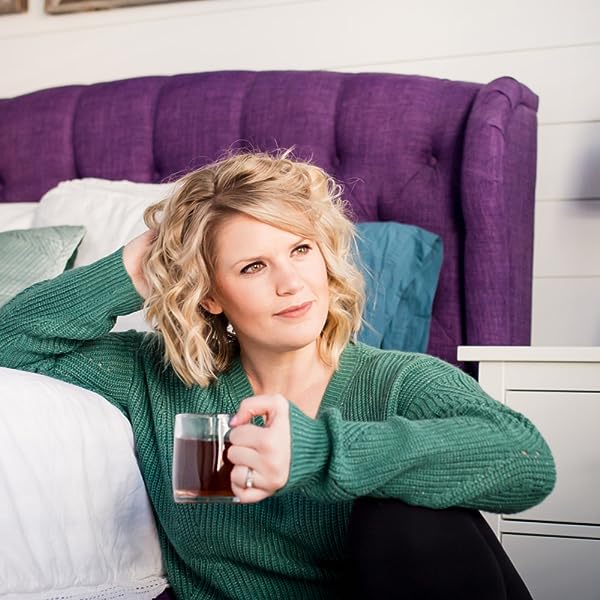 "You can't help but love all the characters. The main characters, the secondary characters, and the animals. It all made this perfect little story of these two, who were meant to be together. Overall, Five Boundless Stars."-  Amazon Review
"This book was absolutely hilarious. This may be my new favourite book from Meghan Quinn."- Amazon Review
"Ultimately, that is what The Modern Gentleman is. It's a break from the seriousness of our world. If we can laugh at the ridiculous situations in Wes and June's relationship, then we can find the funny in our own. If you want to laugh and gobble up a book in one sitting, then you MUST read Meghan Quinn's The Modern Gentleman."- Amazon Review
"Meghan Quinn is quickly climbing the ranks to becoming my favorite author. As time goes on, her books just get better and better. At this point, there is not a thing she could write that I wouldn't read. She pulled me in so quickly with The Modern Gentleman. It was hook, line, sinker for me. My favorite trope in the world is Rom-Com and with Quinn's words, I do not see that changing any time soon."- Amazon Review
"Meghan Quinn always knows how to knock me off my feet with a good romcom. She is such a bright light shining down on romancelandia."- Amazon Review

Meghan Quinn is a USA Today bestselling author of romantic comedies and contemporary romance who brings the perfect combination of heart, humor, and heat to each of her books. For more information, visit her on Facebook, Goodreads, and her website: http://authormeghanquinn.com. --This text refers to the audioCD edition.

4.5 out of 5 stars
4.5 out of 5
353 customer ratings
How does Amazon calculate star ratings?
Amazon calculates a product’s star ratings based on a machine learned model instead of a raw data average. The model takes into account factors including the age of a rating, whether the ratings are from verified purchasers, and factors that establish reviewer trustworthiness.

jillieb
1.0 out of 5 stars Life is too short to read dumb books
Reviewed in the United States on May 14, 2020
Verified Purchase
Too silly for me. I know authors like to think being bltchy is cute, but it's not. June annoyed me the minute we meet her. Super cringey, and I can't even finish it. I could care less about either character. Meghan Quinn can do better than this.
Read more
36 people found this helpful
Helpful
Comment Report abuse

Emerson
2.0 out of 5 stars Nope!
Reviewed in the United States on May 14, 2020
I have read quite a few books from this author and usually enjoy them. Unfortunately, in this case; this story was one of the dullest I have ever read. The friendship between Wes (H), Caden and Roman (Wes’ friends) was far more entertaining than the boring relationship between the hero and the heroine.

Wes writes dating advice for guys, think Carrie Bradshaw. He has an assignment to find a woman, make her fall for him, and document the steps along the way, think the reverse of the movie “How to Lose a Guy in 10 Days”. Wes, who has a job, college degree, and actually seems to be a great guy, meets June July (yes, her middle name is July....eye roll). June (h) is a wanna be broadway actress/dog walker/part-time doll clothing seamstress. She is 25 and apparently still trying to figure her life out....another eye roll. I have no idea why authors insist on writing about heroines being quirky and scattered. Basically, Wes and June have nothing in common. Maybe that is why I felt zero chemistry between them.

This story just drags on and on with Wes spending almost half of the book running into June, and asking her for her phone number. She doesn’t have a cell phone and I think somewhere around 50% of the book, she finally gives him her landline number. Around 70% they share their first kiss. If you are hoping for a sizzling sex scene, you will be waiting until 80%, and since I was skimming pages at this point, I don’t remember much about it. Also, this entire book, except for 2 chapters towards the end, are told from Wes’ POV. If you prefer dual POV, you will be disappointed.

This was a miss for me, but hoping Meghan Quinn’s next book will be much better!
Read more
40 people found this helpful
Helpful
Comment Report abuse

Jeeves Reads Romance
TOP 500 REVIEWERVINE VOICE
5.0 out of 5 stars Laugh out loud funny
Reviewed in the United States on May 14, 2020
Verified Purchase
This is pure Meghan Quinn rom com GOLD, with an adorably awkward – sometimes cringeworthy – hero, little to no angst, and a short length that makes it easy to devour in one sitting. The humor is distinctively Quinn’s style – she writes guys SO well, and this is all about our hero. Wes is definitely the star of the show, and I was 100% okay with that. It is a little different from the type of stories that she’s been writing recently; it’s incredibly light, significantly shorter, and not all that steamy. And that completely worked for the story.

This follows Wes, a so-called “Modern Gentleman,” who writes articles encouraging men to embrace a “gentleman on the streets, alpha in the sheets” mentality. But when Wes’ boss insists that he start infusing personal experiences into his writing, it puts Wes in a bad spot. He’s got to find a woman to date… and he can’t tell her anything about the articles. Despite the fact that Wes’ deception is destined to blow up in his face, he starts dating a woman who proves to be more than he bargained for.

I always love Quinn’s books but her comedy is what really pulls me in, and this has that in spades. Wes thinks he’s cool and sophisticated, but it’s all of the bumps in the road that make this a memorable story. There’s basically zero angst, just funny antics and a lot of lighthearted moments that make the pages fly by. And I loved the fact that it’s a slow burn, with a hero who isn’t a jerk (he’s perhaps a little naive) and a romance that focuses on the emotional connection. If I have one complaint, it would be that I wanted more of June and an ending that didn’t feel quite so rushed, but it was truly a fun, playful read from start to finish. I was lucky enough to receive an ARC via Candi Kane PR (then purchased it for my collection) and am voluntarily leaving a review of this rom com.
Read more
12 people found this helpful
Helpful
Comment Report abuse

S. Red
VINE VOICE
5.0 out of 5 stars This book is classic Meghan Quinn! AMAZING!
Reviewed in the United States on May 14, 2020
Verified Purchase
Meghan Quinn is one of those authors that when she announces a release, I’m so stoked about it, and can’t wait to get my hands on it. Luckily, with The Modern Gentleman we didn’t have to wait too long! This surprise release is just what everyone needs during these crazy times!

Hilarious. I didn’t even make it out of the prologue, and I was laughing out loud and poor Wes. Seriously, every single book that Meghan writes full of laugh out loud moments that you can’t get enough of. This is a lighthearted rom-com and the banter is out of this world hilarious. Wes and June are a story I won’t soon forget. Meghan has an amazing ability to draw her readers into the story and make you root for even the secondary characters to get their own stories. Roman and Caden, I’m begging for them to get their own stories! Meghan rocked this book, and I can’t wait for her next release!
Read more
10 people found this helpful
Helpful
Comment Report abuse

Boundless Book Reviews Lissa
5.0 out of 5 stars Loved. Loved this book!
Reviewed in the United States on May 14, 2020
Verified Purchase
The Modern Gentleman, aka Wes Waldorf, has an assignment. And it might cost him his job. He is not feeling like the Modern Gentleman at the moment. But he stumbles upon June. Who gives him a run for his money.

It’s easy to make rules or write out steps. But do those actually work? Soon Wes learns that he can’t lump the whole population in the same category. Not all rules will apply, really there are no actual rules to dating because you can’t predict how it will all turn out.

I loved Wes and June. I felt they did have that connection. And it even made it much better since they took it slow. They really got to know each other on a deeper level, just like all of Meghan’s books. You can’t help but love all the characters. The main characters, the secondary characters, and the animals. It all made this perfect little story of these two, who were meant to be together.

Mariana Lee
5.0 out of 5 stars Simply brilliant
Reviewed in the United Kingdom on May 13, 2020
Verified Purchase
Meghan, you once again have delivered the most amazing romantic comedy!! It’s witty, laugh out loud funny, yet it is sensitive, romantic and has a small amount of angst to keep it interesting. Wes and June are brilliant characters, they compliment each other beautifully and bring so much to the relationship. But as with all your other books not only the main characters are brilliant but the secondary characters are interesting and intriguing too.this has been a pleasure to read, I needed something fast paced and fun to read.
Read more
Helpful
Sending feedback...
Thank you for your feedback.
Sorry, we failed to record your vote. Please try again
Report abuse