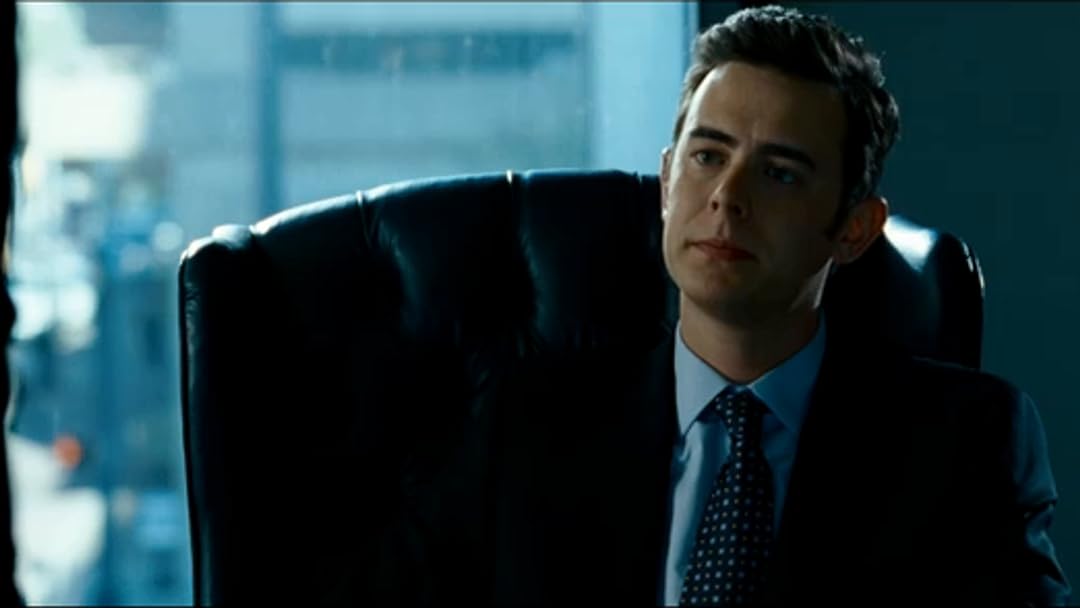 (1,357)5.31 h 37 min2008X-RayPG-13
After a three-year assignment in the field, FBI agent Henry Durand (Colin Hanks) returns home with his fiancée (Selma Blair) only to find his once-dowdy over weight mother Martha has transformed into the highly attractive, enlightened Marty (Meg Ryan) who dates every night of the week. When Marty meets the mysterious Tommy (Antonio Banderas), Henry is ordered to spy on his mother after learnin..

SydneyReviewed in the United States on June 1, 2020
1.0 out of 5 stars
lame... so lame...
Verified purchase
don't waste your money, this movie isn't believable whatsoever, the main guy's girlfriend character is ridiculous and I kept waiting for a new girl to show up for him to like. Everyone is so mean to this guy - the characters have no depth.
I thought this would be a funny movie but it isn't funny at all. Seriously, don't rent it or buy it. When it's free then you can see why you're glad you didn't buy/rent it.
I don't like leaving negative reviews but even watching it with like 10 mins to go, I wouldn't recommend it.

MoonlightbikerReviewed in the United States on April 2, 2016
2.0 out of 5 stars
Horrible waste of time with bad acting
Verified purchase
Awful. The first half of the movie was done in short little clips. It was like something I would have shot on my own on my phone. It got worse from that point on. Not any part of the movie was realistic at all. I've never seen Meg Ryan act so poorly. Almost every scene was over acted on her part. At dinner she was acting drunk the second they handed her a drink and she hadn't even put it to your mouth yet. And speaking of her mouth... what in the world was that all about? They had her plastered with bright red lipstick smeared on making her look like the Joker in Batman. Seriously what was that all about?

If you have nothing at all to do and it's raining outside and your entire house is clean... I still say you should find something else to do rather than watch this movie. It was just bad.

RaniReviewed in the United States on September 30, 2021
2.0 out of 5 stars
Fun Romantic Comedy ~ a little weird to watch an oddball cast
Verified purchase
Meg Ryan is much too old to take on these fluffy scattered brain roles. Meg looks a mess, hair and flopping around behavior. The characters are quite shallow and predictable. Tom Hanks son looks so much like him, all I kept thinking of the movie you got mail ~ and Meg and Tom had him as their son. Antonio Banderas, is much a too seasoned actor for this role, and again ill cast. Overall movie is only for those passing the time, while doing a hobby at home. I would not recommend as a must see, it is a movie that will put you to sleep. Too bad great actors taking on these hokey roles sigh! :(
2 people found this helpful

C. JackReviewed in the United States on October 18, 2021
4.0 out of 5 stars
OK for the most part except for Collin Hanks' character...
Verified purchase
This movie would have done better if it continued as a light-hearted comedy. However, whoever wrote for Collin Hanks couldn't help but drag it down. His initial overreaction walking in on his mother set the tone. The other FBI guys making light of things just couldn't pick it up. He became a downer to the movie. And by the way...why DID he HAVE to stay at her house???

I pretty much like Antonio Banderas in almost everything he's done, and Meg isn't bad here either. Try as they might, they just couldn't offset Hanks.

Seriously...why didn't they cut at least 10 minutes of the pain???

Finally...WHY did they NEED to location this as Shreveport? Anyone who has been there knows this isn't Shreveport.

Stella CarrierReviewed in the United States on October 23, 2015
4.0 out of 5 stars
How Weight Loss Changes A Woman and Those Around Her
Verified purchase
My Mom’s New Boyfriend centers around how both the life of a woman and her son change in a span of just a few years. Henry Durand (Colin Hanks) eventually joins the FBI and becomes shocked when he does not recognize his mother Martha Durand (Meg Ryan) who completely changed on both the outside as well as the inside once she lost a significant amount of weight. With her thinner body and increased self-confidence, Martha Duran decides to now call herself Marty and has an improved outlook on life. Marty (Meg Ryan) is enjoying considerable good luck in good fortune in her love life via attracting multiple suitors (including an Italian chef and a young college student) since losing weight. Marty is even enjoying an auspicious/affluent lifestyle in her financial life due to shrewd investments she made with her money in the stock market. Both her son Henry Durand and his fiancée Emily Lott (Selma Blair) are fascinated by Marty’s new outlook. However, Henry Durand becomes concerned for his mother once Tommy Lucero (Antonio Banderas) enters her life. Both Marty and Tommy Lucero mutually fall in love with each other, but Marty’s son Henry does have reason to be concerned for his mother. One scriptwriting element that I enjoy about the film My Mom’s New Boyfriend is that it capture’s a character’s metamorphosis as she gains a thinner body and a different outlook on life (which is a big deal to me because movies featuring women who have successfully lost weight are rare for understandable reasons around body costumes, makeup, screenwriting elements etc.). I also enjoyed how the scriptwriting in My Mom’s New Boyfriend captured how the characters in Marty’s life acted in regards to her weight loss (Marty’s son Henry, Henry’s fiancée Emily, and Marty’s boyfriend Tommy upon seeing some of her photos before she lost the weight and manifested her thin body). My Mom’s New Boyfriend is a movie also suitable for those who enjoy comedy films that take a humor type of spin on the FBI/CIA.
11 people found this helpful

PamelaReviewed in the United States on January 3, 2021
4.0 out of 5 stars
Well-made with a satisfying finale
Verified purchase
Excellent acting all around, although Meg Ryan is trying too hard to appear stoned. Even though she clearly is only pretending to be high, she's still utterly lovable. Yummy performances all around. Superb filmmaking. Worth watching again to absorb the many fine details of great craftsmanship.
3 people found this helpful

LuckyL1111Reviewed in the United States on October 8, 2021
5.0 out of 5 stars
My Mom's New Boyfriend is A GREAT Movie
Verified purchase
OMD! Ever-doting son Henry played by Colin Hanks is an FBI agent who cannot stop spying on mom. When he comes to stay with her for a while he discovers that his mother 'Matty.' played by Meg Ryan has finally discovered her center, and transformed into a Hot Girl, who discovers Living LIfe, not "staying home all the time." Everyone around him senses he is overzealous in his protection of his mother, The actors in this movie make it a hoot, keep watching after the end, it shows how much fun they had making this movie #Art #Humor

NLAPRReviewed in the United States on October 17, 2021
4.0 out of 5 stars
Fun...Quirky...Romantic Comedy (of sorts)!
Verified purchase
I loved the quirkiness, the actors , and the fun story! It's nice to occasionally see movies that wander off the beaten path a bit :) If you don't mind that and your movies don't have to be always Oscar worthy, you'll probably enjoy the journey this takes you on :) If you have to have everything more main stream, perfectly acted, and tied together nicely with a little bow on top, you probably won't...maybe pass on this, and watch The Notebook again ;) Cheers to the former group!
See all reviews
Back to top
Get to Know Us
Make Money with Us
Amazon Payment Products
Let Us Help You
EnglishChoose a language for shopping. United StatesChoose a country/region for shopping.
© 1996-2021, Amazon.com, Inc. or its affiliates