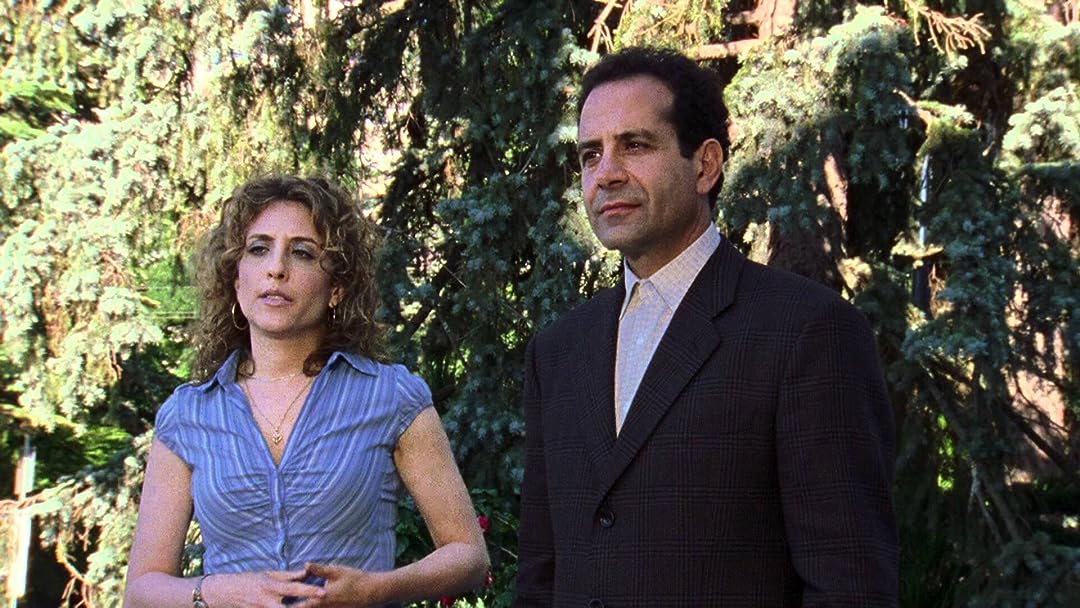 CopanceReviewed in the United States on December 10, 2016
5.0 out of 5 stars
So much more than your typical crime fighting show
Verified purchase
Absolutely love Monk. He is a perfect example of what it is to love. I started watching this show at a terrible point in my life and no matter how ugly things were in my life, watching Monk brought me happiness and laughter. I find his innocence beautiful and heart warming. The messages in this show run deep at times and I thoroughly enjoy sharing this show with my son and would recommend it to anyone trying to find a show with light hearted laughter and an overall positive message and role model.
90 people found this helpful

KristinReviewed in the United States on April 18, 2020
5.0 out of 5 stars
The Best OCD Detecive Out There
Verified purchase
Tony Shalhoub plays Adrian Monk, an OCD private detective that consults for the police. He is assisted by Sharona Fleming, played by Bitty Schram, a private nurse that helped Monk re-engage after his wife's murder. Monk's extreme OCD personality constantly gets in the way of solving murders as he cannot have anything off centered/out of place and may interrupt an interrogation in order to reposition an object. However, this attention for detail also makes him an amazing detective. Aside from his OCD tendencies, he also has a vast number of fears, that he is forced to confront. He gets on a plane and has to solve a murder, goes to an asylum, the carnival, and on vacation. An amazing murder mystery series.
8 people found this helpful

CReviewed in the United States on January 17, 2017
5.0 out of 5 stars
Monk Rocks
Verified purchase
Monk is awesome. After my family and I worked our way through the entire Psych series, we were looking for another detective show that is mostly family-friendly and funny. This show works. Both kids and adults can enjoy it. Well done.
36 people found this helpful

S. J. VolkReviewed in the United States on September 24, 2018
5.0 out of 5 stars
MONK: THE ROYALTY OF OCD!!!
Verified purchase
“MONK” The Manic Obsessive Neurotic King does his thing! Starring 2-time Emmy & Golden Globe winner Tony Shalhoub. This is the most original, captivating, intelligent, funny, and addictive TV detective series ever written! The highly polished production ran for 8 seasons and left viewers hungry for more.

The brilliant writers and cast were modern sorcerers! Every time I watch an episode, I see and hear some hilarious ad lib or profound subtle expression or gesture that I missed before. And although the tales are triggered by a diverse lineup of diabolical cold-blooded killings, yet each intriguing story warmly engages the viewer’s mind and heart.

The series is embraced by a brightly distinctive score, and the theme song "It's A Jungle Out There" by Randy Newman is a brilliant analogue of the show’s exuberant spirit. Murders were never so much fun! TRIVIA: If you enjoy the genius of Tony Shalhoub, you can watch him in the movie "Paulie", available on Amazon. It's one of the most charming films of all-time.

L. BarnesReviewed in the United States on September 19, 2016
5.0 out of 5 stars
Always Entertaining
Verified purchase
One can never go wrong with watching Monk. Whatever season, whichever episode...pure entertainment. I look over the small amount of violence (needed to set the stage for investigation). Monk always makes me laugh out loud, and that is something that takes a LOT for me. I plan on buying each season as my budget allows. Well worth it. Better than going to a movie and paying even more for one movie than an entire season of Monk.
36 people found this helpful

K. RutkowskiReviewed in the United States on December 30, 2017
5.0 out of 5 stars
5 Stars..Cure show, well written.
Verified purchase
Little bit of comedy mixed with a who done it mystery, and even a little heart felt side as sometimes the show goes back to Monks wife and how that affects him. The girl with him (Sharona) is beautiful and plays off Monk very well, well the first three seasons, then a new girl comes in afterwards.
Would recommend. One my favorite shows in last so many years of junk from Hollywood.
17 people found this helpful

G. BurnettReviewed in the United States on May 28, 2017
5.0 out of 5 stars
An entertaining and intelligent show
Verified purchase
Our entire family enjoys watching this show. Tony Shalhoub's portrayal of a genius afflicted with OCD and anxiety who still manages to solve baffling crimes is understated yet entirely appropriate. The plots are clever, there are many genuinely laughable parts, and the characters interesting. Sometimes it is a whodunnit, other times a Columbo-like display of Monk's detective powers, but it is always interesting and they usually give you enough clues to figure it out. A great show!
19 people found this helpful
See all reviews
Back to top
Get to Know Us
Make Money with Us
Amazon Payment Products
Let Us Help You
EnglishChoose a language for shopping. United StatesChoose a country/region for shopping.
© 1996-2022, Amazon.com, Inc. or its affiliates