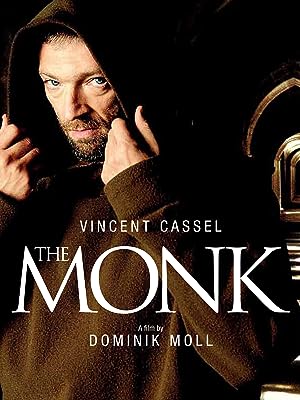 (100)
5.81 h 40 min2013R
Ambrosio's dedication to God has earned him legions of worshippers. But when a mysterious and beautiful woman arrives at the monastery, he is tempted by a lifetime of repressed desire, torn between the path of righteousness and the road to temptation.

AliceReviewed in the United States on February 28, 2021
3.0 out of 5 stars
It's alright.
Verified purchase
It's really not bad. For such a short movie it does a decent job of covering some of the most pressing issues of the book. That being said, it of course leaves out a lot, and a great deal of nuance, character development, subplot is lost. The book is fast-paced like the movie, but the agony of waiting hours and hours for the inevitable conclusion is much more effective there. I wish this could have been done with the amount of time needed to do it justice, but overall it's not bad. Not terribly memorable either way. Interesting to watch if you feel like it, but honestly... just read the book.
One person found this helpful

William ShriverReviewed in the United States on August 18, 2013
4.0 out of 5 stars
Saintly Monk Breaking Bad
Verified purchase
Monty Python taught that "nobody expects the Spanish Inquisition," but here is a film suggesting that the Inquisition, when most needed, tends to show up too late.

17th Century Spain. Ambrosio is left, as an infant, on the steps of a Capuchin monastery, where, after a time jump, he has evolved into their most powerful preacher (Vincent Cassel). Villagers, aristocrats and farmers gather from miles around to hear his homilies. He is the most revered man in the region.

Ambrosio listens--with perhaps excessive interest?--to a man's confession of rape and incest. He delivers soul-shaking sermons with shocking brevity, then breaks off abruptly, reminding me somewhat of Peter Finch's Jeremiads in NETWORK. He turns monastic rules upside-down to welcome a masked stranger into their midst, an individual who cannot participate in canonical activities because of the wax mask that hides the professed burns on his face.

The masked stranger, Valerio, has mysterious powers of healing the migraines Ambrosio suffers, assuring him a permanent place in the monastery. The identity of the masked stranger can be found by anyone referring to the IMDb, so I will not supply that spoiler here. Suffice it to say that a tide of latent sexuality swells beneath the calm goings-on of the monastery, and that Ambrosio falls victim to it in a decidedly Lynchian fashion. He quickly shifts from victim to predator, and from orthodoxy to heresy. And, yes. The Spanish Inquisition rolls in at the last minute, but not in time to prevent Valerio from committing the ultimate heresy.

The critical complaints about this film have ranged from lukewarm to downright unkind: the visual effects are excessive (in truth, they are as organic to the film as anything by Cocteau), the theology is contrived, the imagery is overly-symbolic, Ambrosio's pastoral advice is "hollow", the gothic shocks of the film (based on a 1796 novel) are no longer shocking, and so forth.

Even if I concede all that, there are too many merits to Dominik Moll's fourth feature to shuffle it aside: his script very neatly compresses a sprawling 500 pg. novel into a fine period suspenser. Moll bravely takes on religious themes at a time when Europe is the least Catholic it has ever been, and does it without an ounce of irony or parody. Gérard Hardy, best known for splashy sound designs in films like THE CITY OF LOST CHILDREN (1995) & AMELIE (2001) here returns to the subtle soundscapes of Moll's [[ASIN:B00005NTN4 With A Friend Like Harry]]. The score is higher in the mix in THE MONK, but I never found it to interfere with Hardy's delicate work.

Finally, if there was any question remaining that Vincent Cassel is capable of anything, this film should put that to rest. He just blows away any Delons or Depardieus or Auteuils...or just name anyone in the pantheon of great French movie actors. Cassel's face refutes any argument that too much was elided from the novel, because it fills in all the gaps. I believe this is a movie that will reward viewers on repeated viewings.

GoingdancingReviewed in the United States on January 9, 2018
5.0 out of 5 stars
Inappropriate Monk moments? Yes, please.
Verified purchase
I love religious period pieces, and settings from Convents to Monasteries to Temples. I think it all began many years ago when I first saw "The Trouble with Angels" with Haley Mills, then "Agnes of God" with Meg Tilly, then "Silence"...oh, never mind. Anyway, add in that I'm a big Vincent Cassel fan, and this one worked for me. If you want a "proper" movie...this might not be right for you. There are some "inappropriate" Monk moments. Lol!
2 people found this helpful

Tantra BenskoReviewed in the United States on January 14, 2018
4.0 out of 5 stars
A classic with contemporary appeal
Verified purchase
I try to read as many of the classic Gothics as I can, though it's a little hard because writing styles have changed so much over the years. This is my favorite of the bunch. I think it has more appeal to the modern taste than others because it's clear, dramatic, fast paced, and makes statements about society that are still relevant.

E.D.Reviewed in the United States on May 25, 2020
2.0 out of 5 stars
Yuck
Verified purchase
This mangled mess was not worth the time or the money. I'm a great fan of Vincent Cassel, but not even he could save this one. Two stars because of him. For anyone who's read the book, this was a travesty.
One person found this helpful

Joseph FerrerosaReviewed in the United States on July 2, 2014
3.0 out of 5 stars
The MONK Returns!
Verified purchase
Cassel turns one of the greatest gothic novels of all time into a short condensed film. As a director, he removes a lot of the story that has nothing to do with the main plot (i.e. Don Raymond and Agnes) and puts more emphasis on relationships (Ambrosio & Matilda). Still a fine work because he fits all the plot points well together, but fails to achieve the sort of gut-wrenching punch we get from the original novel. I say it's a nice try and if Cassel added more violent scenes I may have changed my mind.
One person found this helpful

Graciela LimonReviewed in the United States on June 30, 2013
5.0 out of 5 stars
Of Human Frailty
Verified purchase
No matter how we look at it, human frailty will usually kick in. This monk had the gift of preaching, but he allowed intellectual pride to blind him to the truth that he was just as weak as the Original Predator. He claimed to be above temptation and sin, so when the fall came it did so with a huge crash. The beat goes on! Things never change whether it's medieval times or our own dangerous 21st century. Big Recommend.

Laramie HirschReviewed in the United States on December 18, 2017
1.0 out of 5 stars
This movie is terrible. Once more
Verified purchase
This movie is terrible. Once more, modernist writers/producers/directors excise all references to the otherworldly from a work. And I suppose that it is the trend of 21st century writers to blatantly crap all over the source material they draw from.

The pacing is slow and arthouse. If this movie were to actually adhere to the source material, it would be twice or maybe even three times as long as it is--and it might even have to be turned into some sort of a Netflix original series. But again, it's dry and dull. The makers of this "film" luxuriate in purging the otherworldly from the tale, and sewing in a message of how medieval Catholic culture is responsible for the dysfunctions of this story. There is no Wandering Jew, no appearance of demons, and Ambrosio isn't carried into the air and dropped by a griffin in the end. It is somber, unexciting, dreary, and disgusting when considering the original novel.

At the end of this movie, Ambrosio is portrayed as a good-hearted guy who only wanted the best for the sister he raped. He was merely confused--probably from his upbringing in an abbey--no thanks to the Church. But in the novel, Ambrosio's downfall is due to his unreserved attraction to lust and worldly pleasures, his loss of faith, and his fear of worldly harm. The novel is supposed to be about the weakness of a man. Instead, with this movie, we have a silk insult. We get a veiled, passive-aggressive slap across the face of how horrible it is to be in a religious order. The movie is a complete atheistic rendition of the novel.

The cheeze late 1970s version of this movie is more accurate than this crappy movie. The French are terrible at doing this. It was as blah as watching Valerian last month. It was a soulless, impotent movie. Art house critics who know nothing about taste will certainly disagree with me on this.

Literature students steer clear of this. It's a waste of your time.
One person found this helpful
See all reviews
Back to top
Get to Know Us
Make Money with Us
Amazon Payment Products
Let Us Help You
EnglishChoose a language for shopping. United StatesChoose a country/region for shopping.
© 1996-2021, Amazon.com, Inc. or its affiliates