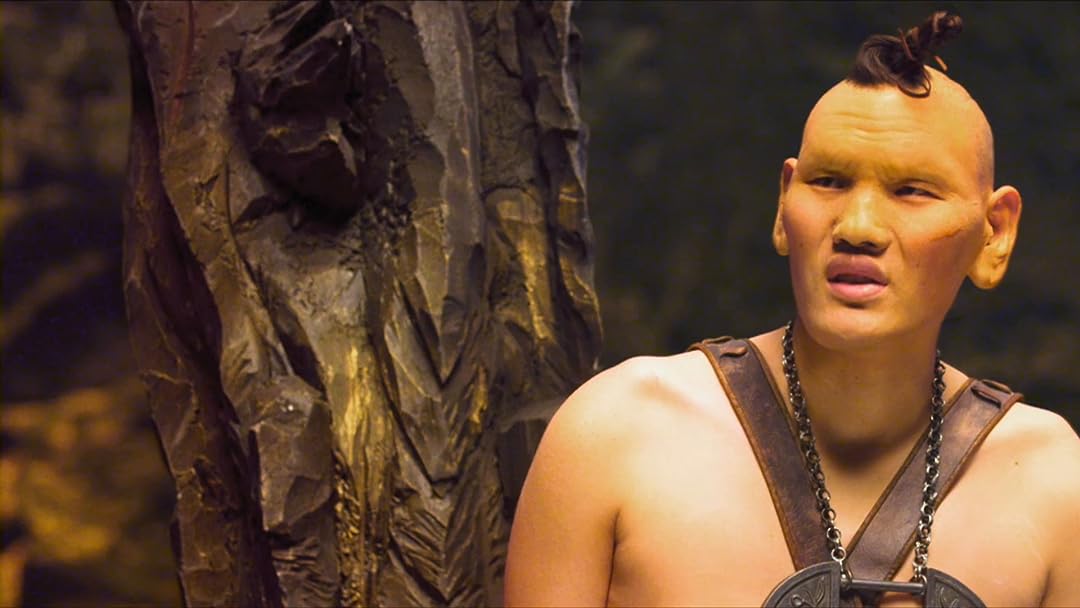 (197)
4.82 h 2 min20167+
After a goddess sacrifices herself to save the mortal world, the mischievous monkey king comes into being from one of her crystals.

randomusernameReviewed in the United States on February 6, 2021
2.0 out of 5 stars
A few nice fights, not much else
Verified purchase
The way they tried to tell the story was pretty half-baked, considering the source material. The special effects were hit or miss (a lot of the early scenes with all the monkeys that just ends up looking creepy, and the end fight with the demon king and Sun Wukong turning into giant animals).

Not that I expected much, but this film treats its female characters like trash. Nuwa--sacrificed. Ruxue--sacrificed. Guanyin--just there for a quick power-up. Princess Iron Fan--there to make babies and save her evil husband. Those palace maids collecting peaches? Just there for decoration, I guess. I haven't really gone through the source material, so I'm not sure how many other female characters the writers included/excluded, but this is pretty depressing.

Walter YeoReviewed in the United States on September 12, 2016
3.0 out of 5 stars
First in a trilogy concerning the story of the Monkey King and how he helps to bring the Buddhist Scriptures to China.
Verified purchase
This is the first part of a trilogy retelling the story of the Monkey King to be found in the Chinese Classic The Journey West which describes how the Buddhist Scriptures were brought to China starting in due course the Chan version of Buddhism, as the pilgrims face many dangers, demons and hardship. The CGI effects are impressive and whilst it will help to have a better grasp for those who have read the original story, nonetheless an enjoyable.
19 people found this helpful

CrashReviewed in the United States on October 8, 2020
3.0 out of 5 stars
Review from an American Kung Fu Fan: Meh. It's Fine.
Verified purchase
Easiest way to put it: If you're ok with a hybrid of the live action Narnia from the 80s and the Pacifier with Vin Diesel, you'll be fine. If you wanted the Fast and the Furious, this movie is not for you.

I'm sure there is something lost in translation with movies like this one. It has an odd balance of an all star cast and a B movie budget. The kung fu action is meh modern fantasy stuff, but really, after Jet Li, there was no where to go with kung fu fight choreography... yes I've seen Crouching Tiger Hidden Dragon🙄

Overall this move is a solid C.

fifiReviewed in the United States on October 6, 2019
1.0 out of 5 stars
NEGATIVE STAR REVIEW - JUNK!
Verified purchase
Negative Star Review. NOT 1 Star!! What did I just watched? Prior watching this, I knew it would be bad, but didn't expect it to be this baaaaaaaaaaad…. MY GOD! I watched the very first Journey to the West maybe 30 years ago so this naturally interests me. I tried the hardest to make it to the end. Literally everything in this movie is bad minus the attractive females.
Why did these A+ actors signed up for the role in these type of movies? Come On!! Don't waste your time watching this. If this is the best the Chinese film studios can bring, then we're in trouble.
One person found this helpful

JennyAHansen ShopReviewed in the United States on April 15, 2016
5.0 out of 5 stars
Like Eastern movies? This one is great
Verified purchase
This movie was terrific.

Read several negative reviews but then they compare it to a western film lacking cool explosions and all the bells and whistles. This was made in the East so it will be different; that does not make it a bad movie......

This movie is meant to tell a story, a great story at that. If you're a fan of Eastern movies you will definitely enjoy this movie. If you want something blowing up every 5 seconds, off the top CGI bullet holes then watch a Western made movie.
19 people found this helpful

Married2AGamerReviewed in the United States on February 16, 2016
3.0 out of 5 stars
Good but Dragged Some
Verified purchase
The movie was good but it tended to drag in some places; on the upside, however, they did delve a bit more into the mythology of the Monkey King and how he got punished by Buddha. In some other movies, like "Journey to the West" (which was a really good movie, FYI; I highly recommend it) just tell us the the Monkey King just disagreed with Buddha it gives no more information than that. So it was nice to see the whole story from the Monkey King's side.
2 people found this helpful

PKReviewed in the United States on July 30, 2017
4.0 out of 5 stars
I'll watch it again!
Verified purchase
I watched it after reading reviews here. It was surprisingly good! Who wouldn't like the monkey king? The actor did a good job, in fact as noted by others the CGI was ok for the movie, and it was interesting to watch all the actors. If you like this kind of topic, this movie is pretty fun and I recommend it.
3 people found this helpful
See all reviews
Back to top
Get to Know Us
Make Money with Us
Amazon Payment Products
Let Us Help You
EnglishChoose a language for shopping. United StatesChoose a country/region for shopping.
© 1996-2022, Amazon.com, Inc. or its affiliates