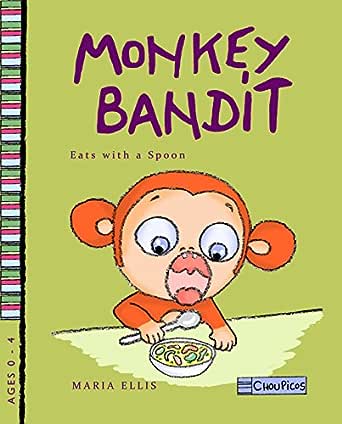 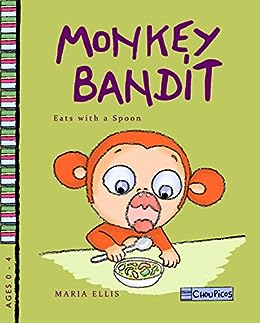 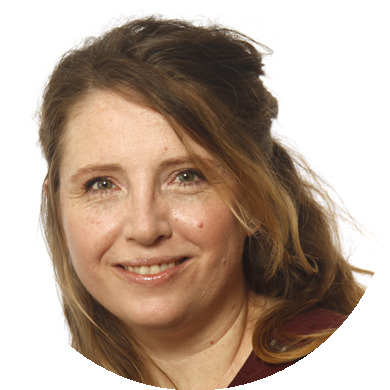 A SHORT INTERVIEW WITH THE AUTHOR
Q: How did you get the idea for writing "Monkey Bandit Eats with a Spoon?"
A: All of my ideas for children's books come, these days, from my children. This particular one came from my son, who took his sweet time learning to self feed. He was never in a hurry to pick up the spoon and feed himself. Rather, he was happy to have mama spoon-feed him for as long as possible. Of course, he liked me fussing around him, but there was also another big issue: the fact that he could not handle the spoon very well. That frustrated him a lot. He became impatient quickly and would give up. So I wanted to write a book that showed a character struggling through all this and succeeding. This is why Monkey Bandit tries so many times in this story - so much so that it became a kids book about perseverance as much as it is about feeding yourself with a spoon. I love these double lessons though. They are both very, very valuable.
Q: Do you read your own children's books to your kids when they are finished?
A: Absolutely. My son is my first reader and, as I said, my first tester. My daughter is still too young to give me feedback - but I can tell if she likes a story or not. Even though she is a baby, she squeals with joy and flaps her arms around when she likes something - she does that with Monkey Bandit and so that was another confirmation for me that this series works for kids.
Q: So what did your son say about Eats with a Spoon?
A: He took it in stride, actually. Some things don't "kick in" right away... or so we think! Because he mulls over things and then he starts doing them when we expect the least. I am happy to say that he feeds himself nowadays and I am sure that this book contributed to his success.

Maria Ellis is a former teacher who followed her dreams and is now writing and illustrating children's books full-time. Her biggest inspiration comes from her two children, who are also her first critics.

She lives in an enchanted forest close to Brussels in the chocolate-filled Kingdom of Belgium with her husband, her son and her daughter, surrounded by owls, ants and some very stubborn squirrels.

Visit choupicos.com for more information and a full catalogue of books.

5.0 out of 5 stars
5 out of 5
2 customer ratings
How does Amazon calculate star ratings?
Amazon calculates a product’s star ratings based on a machine learned model instead of a raw data average. The model takes into account factors including the age of a rating, whether the ratings are from verified purchasers, and factors that establish reviewer trustworthiness.
Top Reviews

Shavennn
5.0 out of 5 stars Amazing
Reviewed in the United States on August 31, 2017
Just the right book for my three year old. I loved it. He learned to never give up!
Read more
Helpful
Comment Report abuse