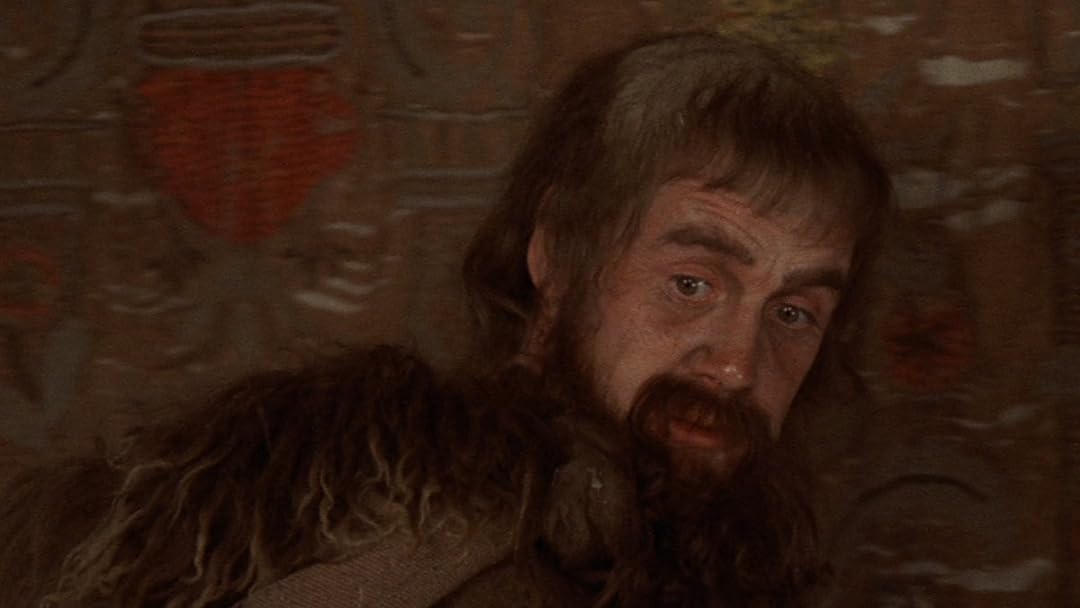 Monty Python And The Holy Grail

(9,514)
8.21 h 32 min1975X-Ray16+
This "cult classic" comedy from the Monty Python team loosely follows the legend of King Arthur (Graham Chapman), along with his squire (Terry Gilliam) and his Knights of the Round Table (John Cleese, Eric Idle, Terry Jones and Michael Palin), as they embark on a fearless quest in search of the elusive Holy Grail. A hysterical, historical tour-de-force from Terry Gilliam and Terry Jones.

SirQuackyReviewed in the United States on August 4, 2017
5.0 out of 5 stars
Utterly gorgeous! A TRUE RESTORATION of a CLASSIC.
Verified purchase
No altered colour palette, no intrusive re-editing, no altered sound design outside of the remastered Surround track's new Palin narration, which I can only assume had to be done due to that element missing, but don't worry, for purists there's a fine copy of the original 1975 mono soundtrack to play as well. With a whole slew of extras... just, you know the movie, you like the movie, you buy this blu-ray and YOU GET THE MOVIE. Done, brilliant.
No fuss, no muss, no dealing with DNR or that teal re-grading crap done to too many classic movies on blu-ray by unwitted hacks trying to "modernize" everything.

Anyone who thinks this doesn't look or sound as beautiful as it does, they don't know what REAL FILM looks or sounds like.

Psst! They even went out of their way to restore the original theatrical trailer using the best available elements.

AdamReviewed in the United States on August 16, 2019
2.0 out of 5 stars
Is the cheap "multi-format" version just a Chinese knock-off?
Verified purchase
The "multi-format" version just comes in a barebone thin blue case, as an all-region blu-ray disc. It just has a cheap paper insert label on the case, but no digital download code, etc. It does not look like the photo on the product page at all. If you don't care about the digital download, this is a cheap way to get a physical copy of the movie, I guess.
18 people found this helpful

W. OdomReviewed in the United States on September 9, 2020
5.0 out of 5 stars
Best movie ever
Verified purchase
How many movies can you watch again and again, and still be entertained?

With the Holy Grail, you'll find additional connections and humor the first 5 times you watch it. After that, you'll be saying the lines with them! It could grip it by the husk, but a flesh wound, there are some who call me Tim, the Knights who say "ni."

If you're a troglodyte who hasn't seen this movie yet, buy it. If you don't like it, watch it again a week later with subtitles turned on. If you still don't like it, you're a witch.

JoeReviewed in the United States on March 8, 2018
5.0 out of 5 stars
The Box Set With the Most Fun Presentation I've Seen in Awhile.
Verified purchase
I didn't buy this for the castle box and catapult, but I have to admit, it provided a few minutes of fun. Getting to the disc itself can be a little bit tedious: you have to remove the plastic sleeve around the box, then you open the box, then you slide out an inner box, then you remove the outer Blu-ray case sleeve, then you slide off the outer box on the case, and finally you're faced with the actual, plastic, standard Blu-ray case... but you're not done yet, because it's got a latch on the side that has to be opened before you can open the case and get to the disc. If I didn't know better, I'd say this was part of a Python joke. But once you're in, you get a great film transfer. I prefer the old mono sound, because I can tell that they remixed the music and re-recorded the voice-overs on the 5.1 audio. You've seen most of the special features before if you have the 2-disc DVD special edition, but there are a couple of new things on here from 2015. All in all, it is worth the money, and I'm quite satisfied.
21 people found this helpful

RedMosquitoReviewed in the United States on September 6, 2016
5.0 out of 5 stars
"Dad, what's oral sex?"
Verified purchase
I grew up on this film. I've been quoting it with my friends and family for years. I bought this to show my kids. It was a bit awkward at the end of the Castle Anthrax scene when my 9yo asked "Dad, what's oral sex?" Despite that it was totally worth it. Still as funny as ever and loved the extra features.
31 people found this helpful

KimmelaneReviewed in the United States on January 8, 2018
5.0 out of 5 stars
Special features are great!
Verified purchase
Monty Python and The Holy Grail is one of those movies that I just have to have a "fix" of once in a while. I have no idea how many times I've seen it. If you haven't seen it yet, you must be a "son [or daughter] of a silly person!" This edition has a second CD with a ton of fun extras, including lists of the multiple characters played by each Monty Python member. That alone makes it worth the purchase. Go buy it now, or I shall "taunt you a second time!"
17 people found this helpful

TommyReviewed in the United States on February 17, 2022
5.0 out of 5 stars
Super crazy humor!
Verified purchase
Monty Pythons Flying Circus is the epitome of British humor! Very off-the-wall humor. This movie is an example of the latter. Treat yourself to something so wildly insane
humor! And a appreciation of coconuts!
Update: As much as I love British humor, this movie fell short. The opening segments were quite funny, but then as the movie progresses, it became very confusing and quite boring. Then, after nearly two thirds into the movie, the DVD stopped. I could not restart it. I was unable to watch the rest of the movie. Not sure if it was my DVD player or the DVD.
One person found this helpful

andrew hinzReviewed in the United States on December 9, 2021
4.0 out of 5 stars
This movie isn't funny at all and I love it.
Verified purchase
the first time I watched this movie I was really disappointed. People always talked about this movie like it was a timeless classic of comedy but only like 1 or two of the jokes actually made me laugh. For some reason though after the second time I watched it I started laughing at the jokes and I can quote this movie word for word in some scenes. I still think the jokes are dumb and not funny but yet somehow it makes me laugh.
See all reviews
Back to top
Get to Know Us
Make Money with Us
Amazon Payment Products
Let Us Help You
EnglishChoose a language for shopping. United StatesChoose a country/region for shopping.
© 1996-2022, Amazon.com, Inc. or its affiliates