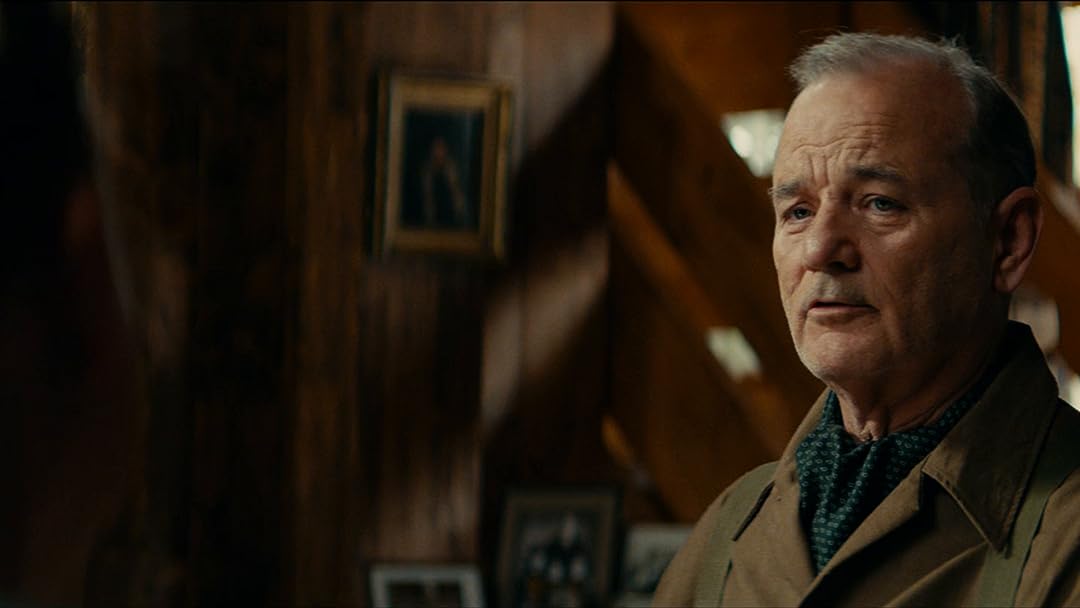 Teresa H.Reviewed in the United States on March 6, 2018
5.0 out of 5 stars
A Picture is Worth a Thousand Words . . .
Verified purchase
Based on a lesser-known, true story about World War II, this film exquisitely portrays a quest for the rescue and preservation of much of Europe's art. At Adolf Hitler's command, the Nazi army looted defeated European countries, stealing both their public and private art collections as spoils of war, then hid them in various towns, with the intent of ultimately sending them to Germany. As the war was winding down, and Hitler could clearly see Germany's impending defeat, he gave the military order for all the works of art to be burned or destroyed by German troops as they retreated back to their home country. While it is not the main focus, the film does not shy away from the appalling truths about Germany's hatred for and genocide of Jewish people (or everyone who was sent to their deaths at Concentration Camps). And these truths are revealed in different ways as the stolen art is finally found. This wonderfully detailed and beautifully acted story has a little bit of everything in it. It is a story with distinctly memorable scenes of danger, courage, daring, humor, tenderness, commitment, comradery and sacrifice for a larger ideal -- a preservation of the world's cultural heritage which serves as an antithesis to the human savagery of war and unbridled greed. This film has many surprises along the way and will make you laugh and tug at your heartstrings as you cheer on the Monuments Men's crusade.
47 people found this helpful

Elle HReviewed in the United States on April 8, 2019
1.0 out of 5 stars
They took a true story and made it completely silly
Verified purchase
There are much better ways to find out about the art stolen by Hitler and the Nazis during WWII. The movie 'Woman in Gold' is a better movie and much higher quality. There are also a few very well done documentaries out there. For this movie, they took the oldest, crustiest Hollywood actors and handed them roles that might have been better portrayed by younger lesser knowns. But even having different actors couldn't redeem this goofy, silly movie. Don't waste your time.
33 people found this helpful

The movie has an ensemble cast led by George Clooney as Lt. Frank Stokes. Clooney also co-wrote, produced and directed the Monuments Men. He has a very small group of men under his command who break up and fan across Western Europe to try to find art, preserve it, and return it. Sometimes they run into the Germans. Other times it’s the Allied commanders who don’t care about their mission. One time Matt Damon as Lt. James Granger finds a painting in a huge warehouse full of stolen goods from Paris’ Jews. He goes to the home it belonged to but finds that the family has been sent off to the concentration camps. They find real horrors as well such as gold teeth taken from executed Jews.

By the end they make the movie exciting as they’re in a race against time to find the art.

Overall this is a very good movie that helps drive the point home about why World War II needed to be fought.
C

H. C. MaurerReviewed in the United States on August 3, 2019
5.0 out of 5 stars
great movie; well done and heroic
Verified purchase
As a fine artist I loved the art, but the men rescuing art was a great story. Regrettably the writer missed an excellent point about why the art needed rescuing. If it is to save our culture that could be done with photographs. what cannot be done except in person is teach. The original, to and artist, is like meeting the artist first hand. You are mesmerized by the layering of color and intelligence of the technique. No photograph can do that justice. But the movie came with layers of music that gave the feel of what it is like to meet a Van Gogh or a Monet.
20 people found this helpful

Zachary LittrellReviewed in the United States on July 25, 2021
3.0 out of 5 stars
A powerful war story, toned way down
Verified purchase
It's like someone gave this WWII movie a xanax. The performances are all fine, and the story is interesting, but it feels incredibly low stakes. Just putzing around Germany trying to find something to do. Which is a shame, because they gathered a LOT of good actors to just do nothing.

It wants to be a gritty WWII movie with heartfelt deaths, but doesn't really dwell on any of them and keeps the tension at a cool manageable level for children...It then wants to be a comedy (with Bill Murray, inexplicably, getting dentist work done while in Germany), but that tonally seems whacky when they're on a mission at the front. And despite being experts in art, the team's expertise is rarely used besides mentioning where they went to school.

"You're the best man for the job" George Clooney assures Hugh Bonneville's character. This is never demonstrated.

And Cate Blanchett is plain wasted on a thankless role that seems only to be in there to give Matt Damon a plotline.

It's not a bad movie, but it could've been a great movie. You can see what Clooney WANTED it to be, memorializing the brave men who put the world's art above their own lives during one of the most chaotic periods of the war (the battle of the bulge is announced with some text, but is just another day for our boys). It feels like the movie was butchered by editing, and an earnest desire to be universally appealing, but then really interesting to no one.
4 people found this helpful

Moontraxx RecordsReviewed in the United States on November 25, 2019
2.0 out of 5 stars
Hitler's Art-Crusade imagined as Downton Abbey
Verified purchase
This is an almost fictional, "cheered-up" version of what occurred during the Nazi era, which is for my likes too far from the general consensus of devastation, loss and fatigue that occurred towards the end of WWII. Honestly, I found the score especially annoying and astounding, that Hollywood wasn't more sensitive towards these topics being that many Jewish intellectuals fled to California. Another reviewer's line, "another handful of blundering choices unsuitable for the severity and desperation at that time" sums it up very well. I would recommend to view and enjoy Clooney and sorts in other, romantic comedies maybe, but if you are really interested in the insanities that happened under Hitler in the art world then watch a well researched documentary like "The Rape of Europe".
7 people found this helpful

Gene CiscoReviewed in the United States on March 2, 2015
3.0 out of 5 stars
Ahem, Let's Get Ocean a Job
Verified purchase
After "Saving Private Ryan," one should expect historical accuracy in a WW II event of such a grand scale. Sadly, it did not happen here in this weaker version of the Nazi art thefts, called "The Monuments Men." (whereas "Rape of Europa" is exciting and compelling).In the film's opening scenes you hear a 2013 verb "tasked," which would have never been uttered by the greatest generation, tipping you off to a hurried and convenient good-feeling interpretation of this well-documented story that, for economic and other reasons, avoids telling the Italian war front episodes (the most compelling destruction and reason for Monuments Men).The choice of gathering The Monuments Men haphazardly like "The Dirty Dozen," was another handful of blundering choices unsuitable for the severity and desperation at that time. It is as if Hollywood will not accept a war story without numbers of clowns like Billy Murray or John Goodman balancing the seriousness of the challenges of the detail. The Monuments Men were never really slackers in ill-fitting uniforms or re-enactors thrown together hurriedly, shown here to be about a dozen. They were sometimes up to 200 cultural protectors in numerous regiments and sectors. Because the heroine of this version was Rose Valland, well-depicted but relegated to a supporting role here (Kate Blanchett), the focus of the story begins in France and follows all investigatory leads into Germany, telling a smaller-scale of the actual hunt for stolen works of art and pays little attention to the scale of looting in Italy or the eastern front. The real story found in the book "Rape of Europa"( or dvd) reveals more heroes than Rose Valland. While "The Monuments Men" is mildly moving overall, it was a letdown to those who know about the actual events.
36 people found this helpful