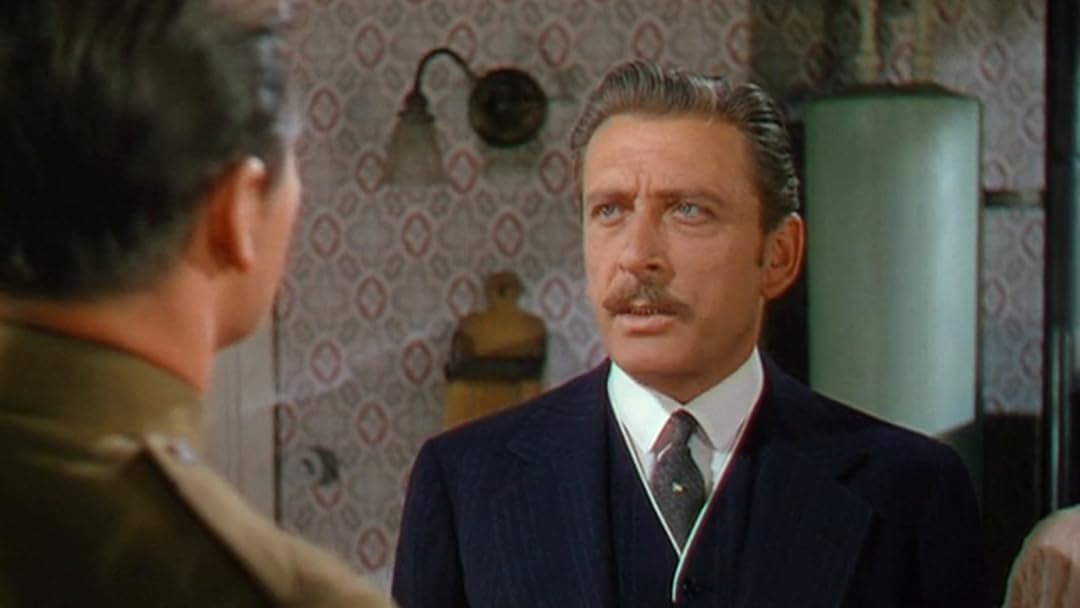 (952)
7.11 h 34 min1951X-RayPG
After moving to Indiana, Marjorie begins a relationship with Sherman, who lives across the street. Marjorie is a tom-boy, and her father has traditional views not shared by William.

Antony SteeleReviewed in the United States on May 9, 2020
5.0 out of 5 stars
Decent (and funny) "Old" Movie from the 50's, about an even earlier time.
Verified purchase
Oh Gosh, this movie has 1950 stamped all over it. I had not seen this movie in about half a Century, so I wanted to watch it again to see how well it came across such a span of time. It is actually pretty funny in a lot of ways, and was not displeased with such a trip down memory lane. Yes, this was a very idealized vision of life, like a beautiful post card, but I am not against beautiful postcards every now and then. Watch it, and remember, or watch it and learn.
2 people found this helpful

BAJReviewed in the United States on October 17, 2017
5.0 out of 5 stars
Fantastically Fun to Watch
Verified purchase
On Moonlight Bay is an excellent movie and enjoyable to watch. The family story encompasses many subplots with an overall romantic love story which is portrayed with taste and innocence. From start to finish, the movie is uplifting with plenty of laughs along the way. The cast is excellent, and the songs are pleasant. This is clearly a five star movie! Don't forget to watch its five star sequel, By the Light of the Silvery Moon. Thanks Amazon for putting both of these classy movies online.
8 people found this helpful

TulliaReviewed in the United States on May 14, 2020
5.0 out of 5 stars
The Moonlight Shines Brightly!
Verified purchase
Doris Day is young and beautiful in this film. She sings so well in this film. I also loved her in "The Man Who Knew Too Much," in which she sang "Que Sera Sera." She's also great in "Pillow Talk," with Rock Hudson. She is a quintessential actress who captures your heart in every film she is in. Gordon MacRae is a perfect counterpart for Ms. Day in this delightful musical. He's handsome and sings so well.

This is a charming film with an outstanding cast.

JustaGuyReviewed in the United States on January 17, 2021
5.0 out of 5 stars
Great story with much wisdom.
Verified purchase
Unlike many of the frothy musicals of the era, this show has much to recommend it. Wisdom, honesty, and perspective to suggest just a few of the attributes.

Ms. Day was fabulous and this movie was made before her handlers downplayed her serious acting abilities.

CharityReviewed in the United States on October 1, 2019
3.0 out of 5 stars
I'm Sure You'd Love It If Doris Day Is For You
Verified purchase
I love Gordon MacRae, which is why I watched this show. It's very lighthearted and has lots of nice singing in it (esp. Gordon, of course!), but personally I don't care for Doris Day. I know, I'm going to make enemies saying that, but she just doesn't appeal to me. I wish they would have chosen another actress to play the parts of Marjorie, like perhaps Gordon's oft repeated screen partner, Shirley Jones. Or Jane Powell!
One person found this helpful

Purple SkyReviewed in the United States on June 20, 2019
5.0 out of 5 stars
who is Doris Day?
Verified purchase
A fun movie for a mother and child to share. in my case I'm sharing Doris Day with my granddaughters. I feel sorry for their friend they missed out on a fun period of time. all ages can watch and learn some about humor in the expressions on Doris day face and the old songs. counting on Doris Day to be shared with that fourth generation
One person found this helpful

Kindle CustomerReviewed in the United States on July 19, 2019
5.0 out of 5 stars
Nostalgia
Verified purchase
Classic movie Doris Day in love with Gordon Macrae, time frame around 1917-1920
Leon Ames, Rosemary Decamp her parents. Billy Gray brother and Mary Wickes the cook/maid. I have this movie and the sequel By the light of the Silvery Moon.
Gotta have both. It's a nice old fashioned movie s that the whole family can watch.
Very enjoyable movie.

Bobby UnderwoodReviewed in the United States on March 29, 2005
5.0 out of 5 stars
Warm and Nostalgic
Verified purchase
Traditional American values and warm nostalgia blend seamlessly in this WB film based on Booth Tarkington's Penrod stories. Starring a young Doris Day and Gordon MacRae and set in Indiana during WWI it is more a sweet story of love and family values scattered with songs than a traditional Hollywood musical. The sets of Indiana during the early 20th century are marvelous and a cast that includes Leon Ames, Jack Smith, Ellen Corby and Rosemary De Camp give Doris Day and Gordon MacRae all the fun and drama they need to fall in love.

Doris Day is the baseball playing tomboy, Margie, who meets William (MacRae) in the unlikliest manner when she takes a gun away from her mischievous little brother, Wesley, and almost shoots him in the process! Love blooms, of course, and soon she trades her cleats for high heels as she and William overcome her father's objections and the enlistment of William and his entire graduating class of Indiana U into the army.

Along the way we get snowball fights and the sweet angst of young and innocent love, not to mention some really nice songs. A few belly laughs are provided as Margie's little brother, Wesley, makes up a horrible story about his family based on a flicker he has seen to sidestep some homework that has the whole town talking!

Perhaps because this film so often gets compared to the perfect musical of American nostalgia, "Meet Me in St. Louis," it doesn't get the recognition it deserves. Doris Day shows that glowing magic that endeared her to audiences around the world and the film itself is a warm and wonderful reminder of America and its values. The end of this film will leave a warm feeling in your heart just as it did the public in 1949 and is a reminder of a more innocent time. A good film for the entire family.
9 people found this helpful
See all reviews
Back to top
Get to Know Us
Make Money with Us
Amazon Payment Products
Let Us Help You
EnglishChoose a language for shopping. United StatesChoose a country/region for shopping.
© 1996-2022, Amazon.com, Inc. or its affiliates