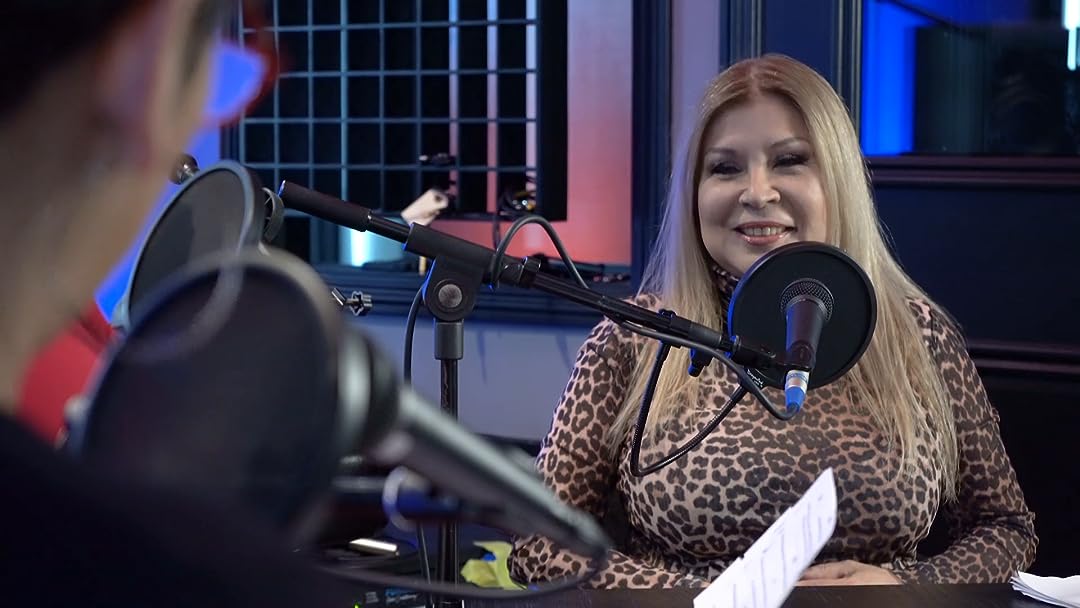 (1,698)
1 h 29 min202113+
The Oscar nominated actor best known for his role of Mr. Miyagi, left behind a painfully revealing autobiographical record of his much-too-brief time here on earth. Tracing his journey from being bed bound as a boy to the bright lights and discrimination in Hollywood. Deep inside that sweet, generous, multi-talented performer seethed an army of demons, that even alcohol and drugs couldn't mask.

Natalie ShannonReviewed in the United States on February 6, 2021
5.0 out of 5 stars
Beautiful Tribute to a beautiful soul
Verified purchase
"More than Miyagi" is a tribute that was long overdue. Pat Morita was a fascinating person that was so much more than Mr. Miyagi. Pat was a very hilarious comedian who was depressed deep down. Pat had a tortured childhood and still manged to achieve so much in his life. He was a talented man that had a lot of demons. This movie does an amazing job of showing all sides of Pat Morita.
6 people found this helpful

SeventhSwamiReviewed in the United States on October 2, 2021
2.0 out of 5 stars
I wish somebody else had made this documentary
Verified purchase
This was really ugly. The first two thirds were okay but definitely dragged because it wasn't made by an experienced filmmaker. In the last third you find out why. I don't think anybody wanted to touch this, and it was Pat morita's estranged third wife who executive produced it and clearly wanted it to be some sort of vanity project. Even though Pat Morita says very clearly how he wanted to be remembered as a good father and a loving person, she spent the last third of this film focusing on the ugliest and saddest parts of his catastrophic alcoholism. She also neglected to mention that they divorced. Super depressing and it felt very performative on her part. This woman got way too much screen time, but I think that's what she wanted.

The strangest and worst part is how, right before the credits roll, It says "Pat Morita's daughters declined to be interviewed for this film." There are loving articles online written by one of his daughters about his life, so I don't believe it's because he was a bad dad. Instead, you are led to believe that they didn't want to take part in it because they didn't like this woman or her intentions. She did take some time to badmouth his previous marriage by saying that he lost all his money to alimony payments. Anytime you put "such and such declined to be interviewed," You're basically calling them out. I don't know why she did that. It was ugly and totally unnecessary.

I did learn a lot of things about his life by watching this, and some things I did not want to know. In the hands of a better filmmaker I think this would have been amazing, and it's a shame that this cheap production is the only official documentary about his life.

B. SernaReviewed in the United States on February 15, 2021
5.0 out of 5 stars
Excellent and important documentary
Verified purchase
This excellent documentary is a sentimental yet truthful look at the extraordinary yet troubled life of iconic actor and comedian Pat Morita. It gives a complete and honest picture of Morita... from the severe racist injustice, health problems, and family trauma he experienced as a child, to the extreme highs and lows of Hollywood fame and his devastating battles with alcoholism. Morita's life (as expertly documented in this film) is a powerful example of how our heroes can be so flawed...and yet paradoxically they can still have such love and goodness in them despite those inner wounds.
4 people found this helpful

Curtis P. CooperReviewed in the United States on March 26, 2021
5.0 out of 5 stars
Well made documentary
Verified purchase
If you are a fan of Pat Morita and his work, you’ll enjoy this documentary. It isn’t all warm and fuzzy though. So, be prepared to hear some things about him that aren’t all that pleasant.
3 people found this helpful

Tim NReviewed in the United States on February 6, 2021
5.0 out of 5 stars
A fitting tribute to an American Icon
Verified purchase
As a life long fan of the Karate Kid franchise this film doesn't disappoint in bringing a heartfelt retrospective of the successes and struggles while paying a fittng tribute to the talented iconic actor who truly was so much more than Miyagi.
4 people found this helpful

GwReviewed in the United States on February 6, 2021
5.0 out of 5 stars
Fantastic look into the man behind the myth
Verified purchase
I grew up after the hype of The Karate Kid but still found it relatable in my time growing up, especially seeing him in The Fresh Prince. He was an icon far longer than people gave him credit for. It was really tragic to see him go down the road as so many great entertainers have gone down with substance abuse. Enjoyed the documentary. Thank you to the Directors, Producers and those who still remembered the best of his legacy that brought this together.
3 people found this helpful

backyard orchardistReviewed in the United States on February 8, 2021
5.0 out of 5 stars
Honest and Revealing
Verified purchase
This documentary was so illuminating. I loved Pat on Happy Days and in Karate Kid. He was such a brilliant talent. He survived some very painful experiences, and ended in self destruction. It was an eye opening documentary. The interviews with his cast members were so enjoyable. He was a very human, and as Henry Winkler said, fragile man.
2 people found this helpful

Tinabop187Reviewed in the United States on March 7, 2021
5.0 out of 5 stars
Good documentary
Verified purchase
I've always liked Pat Morita as an actor, especially in the Karate Kid movies. I had no idea of the things he went through. I like hearing the interviews from others in this documentary.
One person found this helpful
See all reviews
Back to top
Get to Know Us
Make Money with Us
Amazon Payment Products
Let Us Help You
EnglishChoose a language for shopping. United StatesChoose a country/region for shopping.
© 1996-2021, Amazon.com, Inc. or its affiliates